My Tramily Gave Me the Confidence to Say “I’m Gay”

Sean “Orange Blaze” Speckin grew up in Southern Maine, where he was inspired by his elementary school teacher to explore the state’s beautiful wilderness. After high school, he hiked Katahdin for the first time, and immediately fell in love with hiking and backpacking. After two years as a Peace Corps Volunteer in Ecuador, Sean hiked the Appalachian Trail NOBO in 2019. He currently splits his time between Maine and Upstate New York. His trail name was almost “Walking Home” (it was vetoed), but he settled on “Orange Blaze” instead.

On April 3, 2019, I took my first steps on the Appalachian Trail. Though I hadn’t verbalized my goals, addressing my sexuality was the main hope for my thru-hike; I was convinced that I’d find pride under a mossy rock or dangling next to my food bag. I spent years repressing my homosexuality in order to preserve the status quo of my life, not realizing that by suffocating an important part of myself, I had become a passive participant in my own story.

I truly thought the answers were out there somewhere, and I’d find them without much effort.

But finding the guts to say “I’m gay” out loud and to wear the label with confidence would prove to be much more challenging.

I fell in with several hikers within the first few days on trail, and we quickly became a trail family for the duration. Days together felt like years of friendship, and those relationships allowed the exchange of beliefs and stories that challenge, reaffirm, and reform one’s values. Over time, I began to grapple with reality; coming out isn’t a process that someone can do for you. Sooner or later, I’d have to say the words “I’m gay,” and prepare myself for the responses and reactions.

I was on the trail for just over a month when I first came out to Plume, a member of my trail family. It felt like ripping off the heaviest of heavy duty Band-Aids, so much so that I laid in bed afterwards, exhausted and vulnerable. 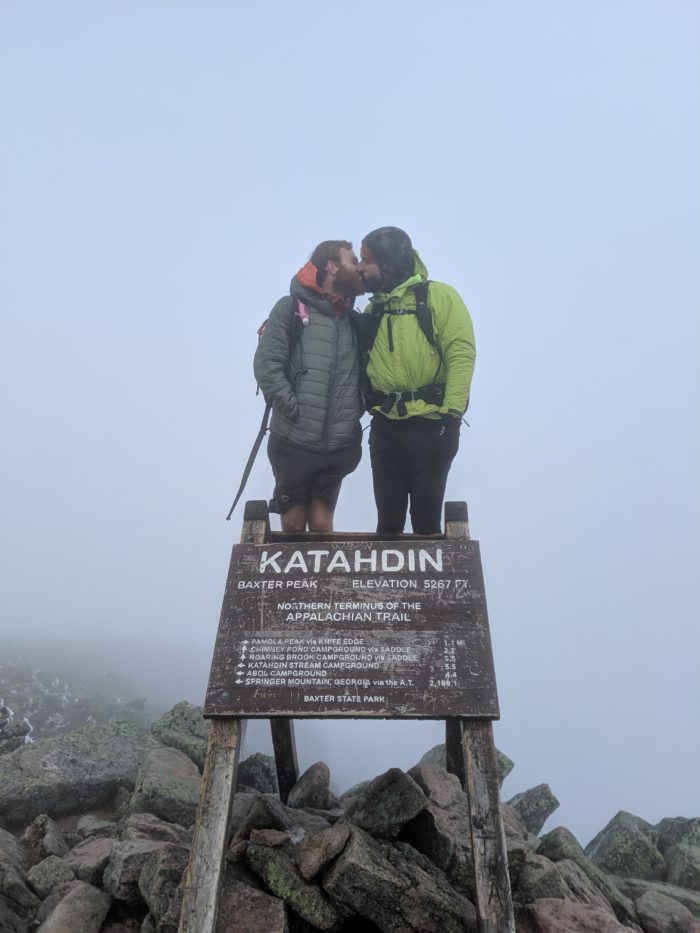 Yet by the time we reached Virginia, I had told another trail family member (Rubber Ducky) and was openly discussing my sexuality for the first time in my life.

Yes, the trail is that powerful.

At Trail Days, I met my future boyfriend, Showstopper, through a mutual friend, though neither of us showed romantic interest at the time. We found similar interests and talked sporadically over the long weekend like every other hiker. After Trail Days, we stayed in touch to practice Spanish and commiserate over all things hike related, though we both found ourselves wondering if there were romantic undertones. It was only after hundreds of miles and the support of my trail family that we made those feelings known.

The trail fostered personal growth, but the people inspired me to own that growth.

Our new relationship merged our two trail families, creating a super-sized trail family that no doubt created some frustration for solo hikers and smaller groups. From the outside, we were 11+ hikers filling shelters and campsites.

But for us, they were (and continue to be) a fiercely loyal and supportive group of wonderful people that helped Showstopper and me to build a relationship.

I could gush about Showstopper until the end of days. Our relationship grew quickly because we were always together, and we pushed each other to grow as hikers and partners as we hiked north. In New York, I met his parents, and he came out to them. In Maine, he met my parents, and I came out to my mom and sister. Our thru-hike continues to resonate each and every day. I went from repressing my sexuality to sharing it with the world in only five months. 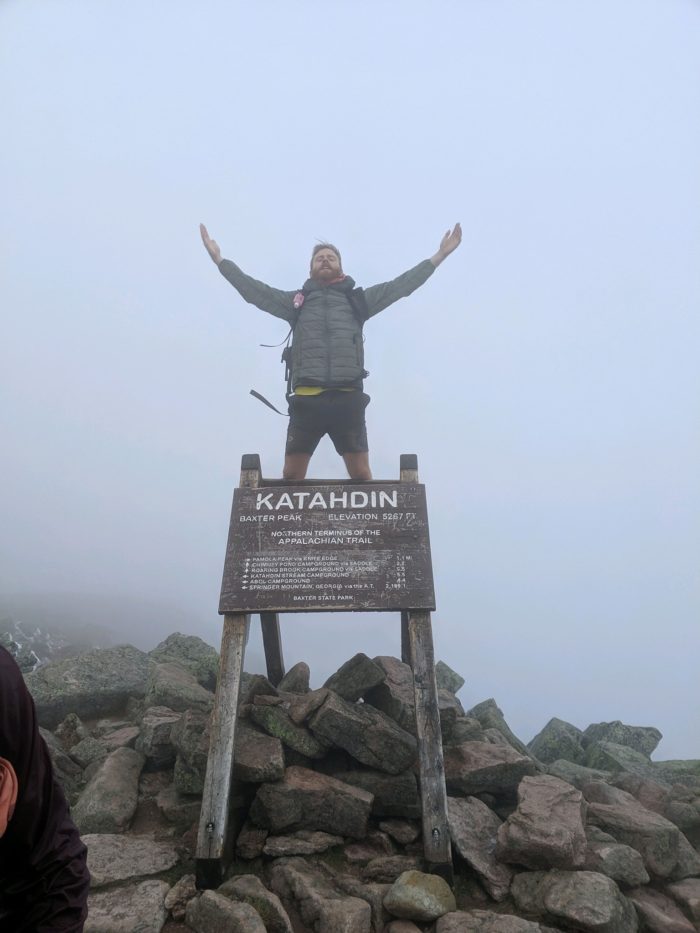 Long-distance backpacking allows you to see the harmful barriers that hinder growth. I left Springer Mountain to find pride somewhere in the woods and the mountains, but it wasn’t out there.

The people helped me grow pride within myself, and gave me the confidence to own my story.

Featured photo: Sean, left, and Showstopper at the ATC headquarters in 2019.