Agiocochook, home of the Great Spirit, towered above every other peak in the Wombanednok Mountains. According to the tradition of the local Abenaki people, the mountaintops were dwellings for the gods. So the locals seldom—if ever—climbed Agiocochook’s windswept summit. When the European settlers came, they rechristened it Mount Washington and dubbed the mountain range the White Mountains. Eventually, they built several trails, a road, and a cog railway to the peak. With its new English moniker, the mountain became a famous tourist destination and a New Hampshire icon. The Algonquian name Agiocochook gradually faded into obscurity.

As we celebrate Indigenous People’s Day, it’s important to remember that America is on stolen land. Many of our cherished wild places already had a rich history and cultural tradition long before white people set foot on the shores of North America. Our history books don’t always reflect these stories. Accounts often include only a cursory mention—or no mention—of Indigenous heritage or relegate those stories to the hazy category of “Native American legends.” 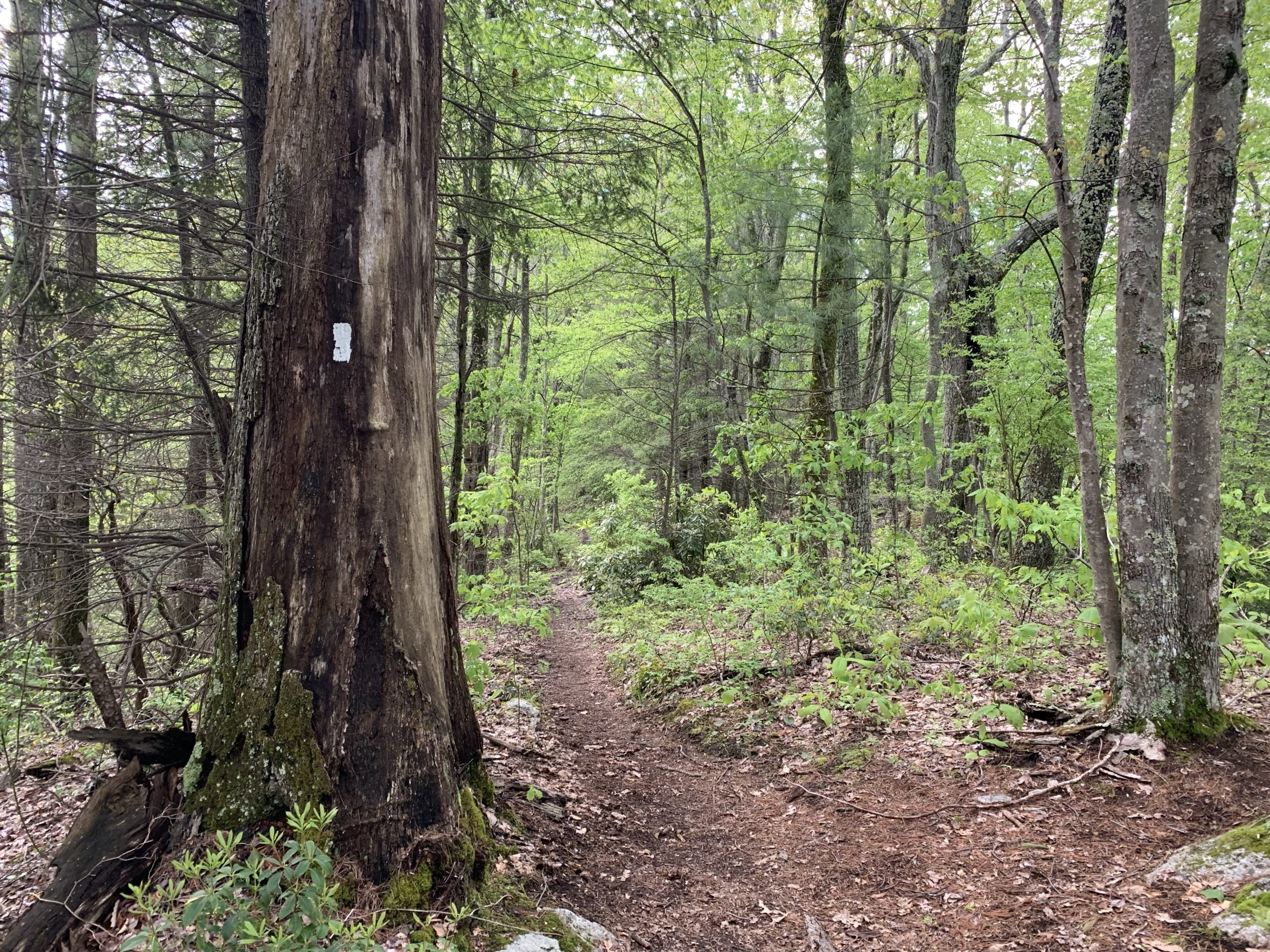 Reckoning with the erasure of Native history and culture from our lands is a monumental task. Acknowledging Native American history on the Appalachian Trail is part of that work.

Next time you visit everyone’s favorite white-blazed footpath, take some time to think about the tribes that called (and still call) this area home, from the Cherokee people in the south to the Lenape and Abenaki tribes further north.

This year, celebrate Indigenous People’s Day by learning about Native American history on the Appalachian Trail. Like all Indigenous stories, these 9 iconic spots on the AT have histories worth remembering. 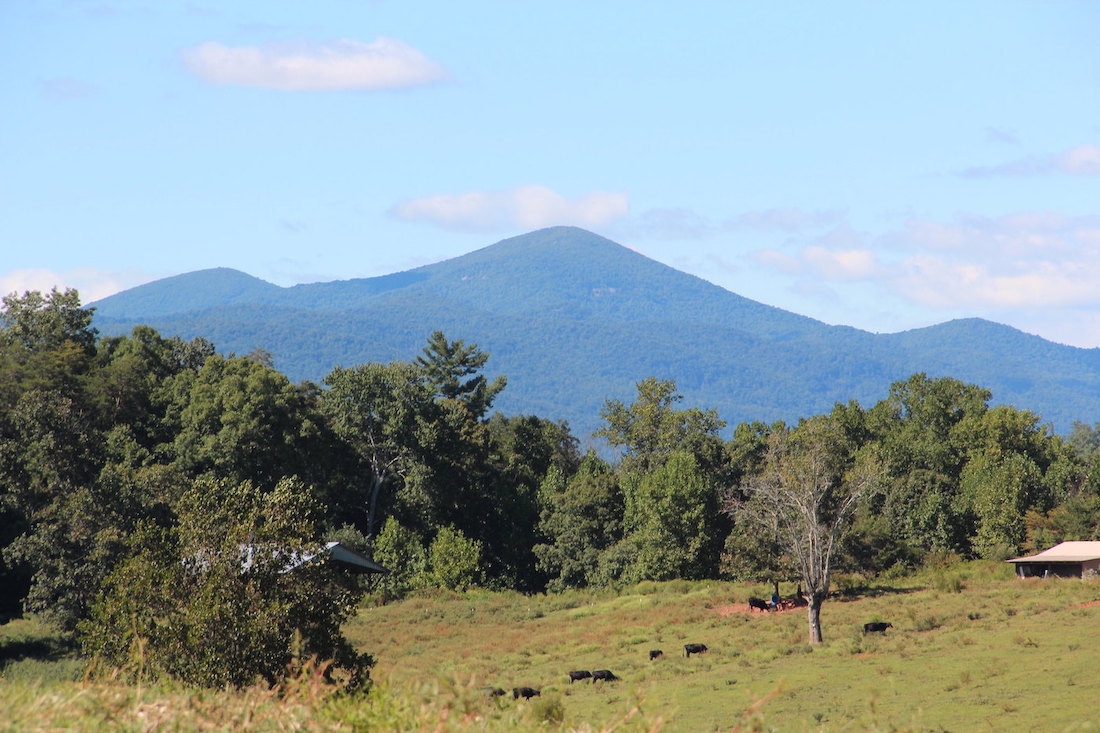 Blood Mountain is one of the first long, steep climbs NOBO thru-hikers face on the AT. It is the last mountain standing between them and the iconic Mountain Crossings outfitter. Blood Mountain likely takes its name from a massive, bloody battle in 1755 between the Cherokee and Creek people. However, historians know little about the specifics of this alleged confrontation.

Mountain Crossings Outfitter is inside a historic structure known as the Walasi-Yi Interpretive Center, named for the Cherokee town of Walasi-Yi. The Cherokee lived in this town until the United States forcibly removed them on the Trail of Tears in 1838. The name Walasi-Yi means “Home of the Great Frog.”

The name Wayah Bald comes from the Cherokee word wa’ya, which means wolf. Red wolves figure prominently in Cherokee traditional spiritual beliefs. As a rule, the Cherokee avoided killing them. The red wolf is a small native wolf species that was once abundant in this region (and much of the southeast) before being driven to near-extinction by human land-use changes.

Less than 100 red wolves exist in the wild today, and some 200 more live in captivity. Captive breeding and reintroduction efforts have the potential to restore this critically endangered animal to its natural habitat. However, human predation has so far limited the success of these programs. 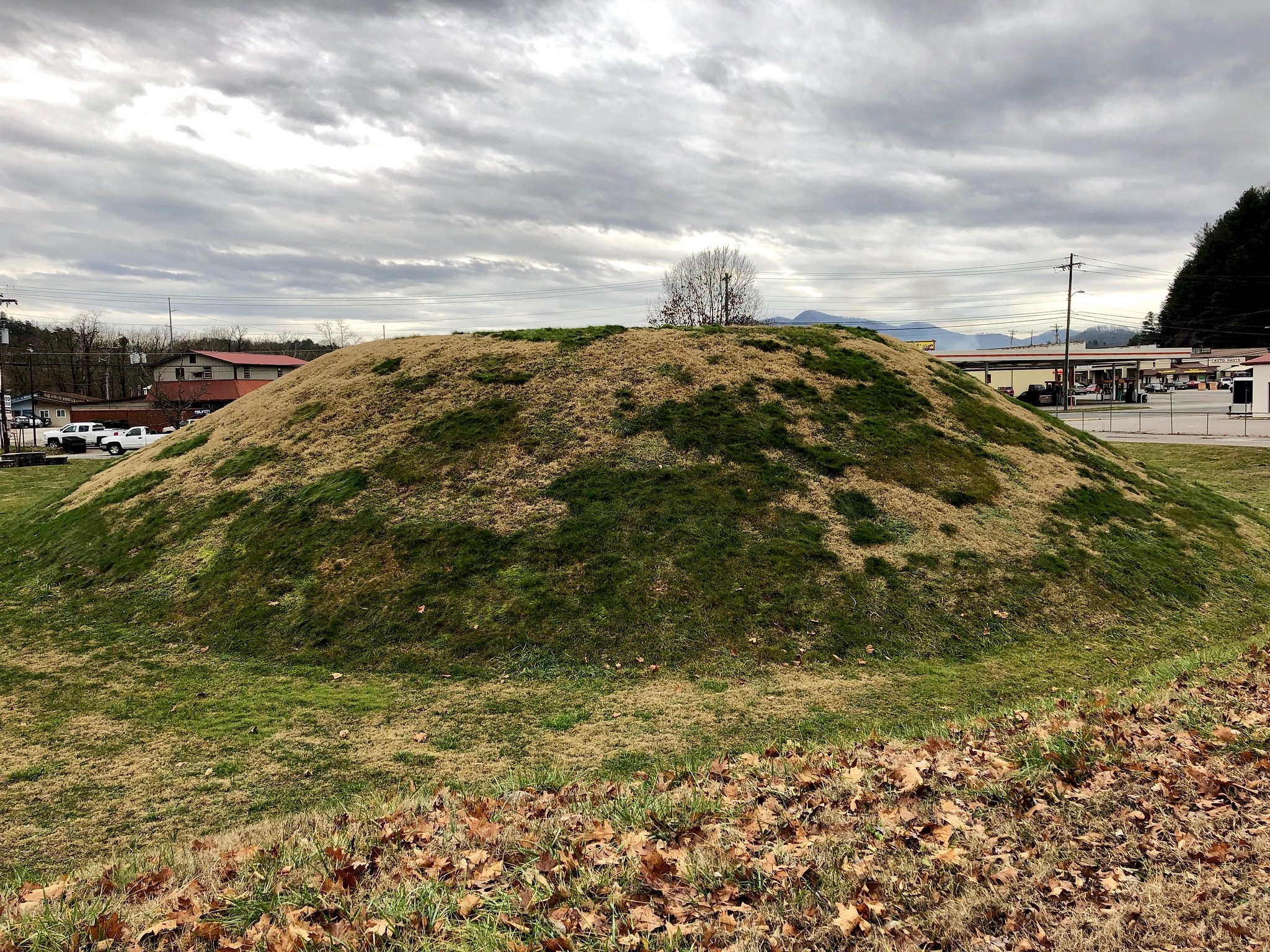 The Nikwasi Mound in modern-day Franklin. Photo via.

Franklin stands on the site of a former thriving Cherokee town called Nikwasi. An earthen mound that stands in downtown Franklin, dating to approximately 1000 AD, is all that remains of the Nikwasi today. The mound was the site of the town’s meeting hall and the sacred everlasting flame that burned at all times. It is on the National Register of Historic Places. Nikwasi was actively inhabited until the United States government forced the townspeople off the land in 1819. 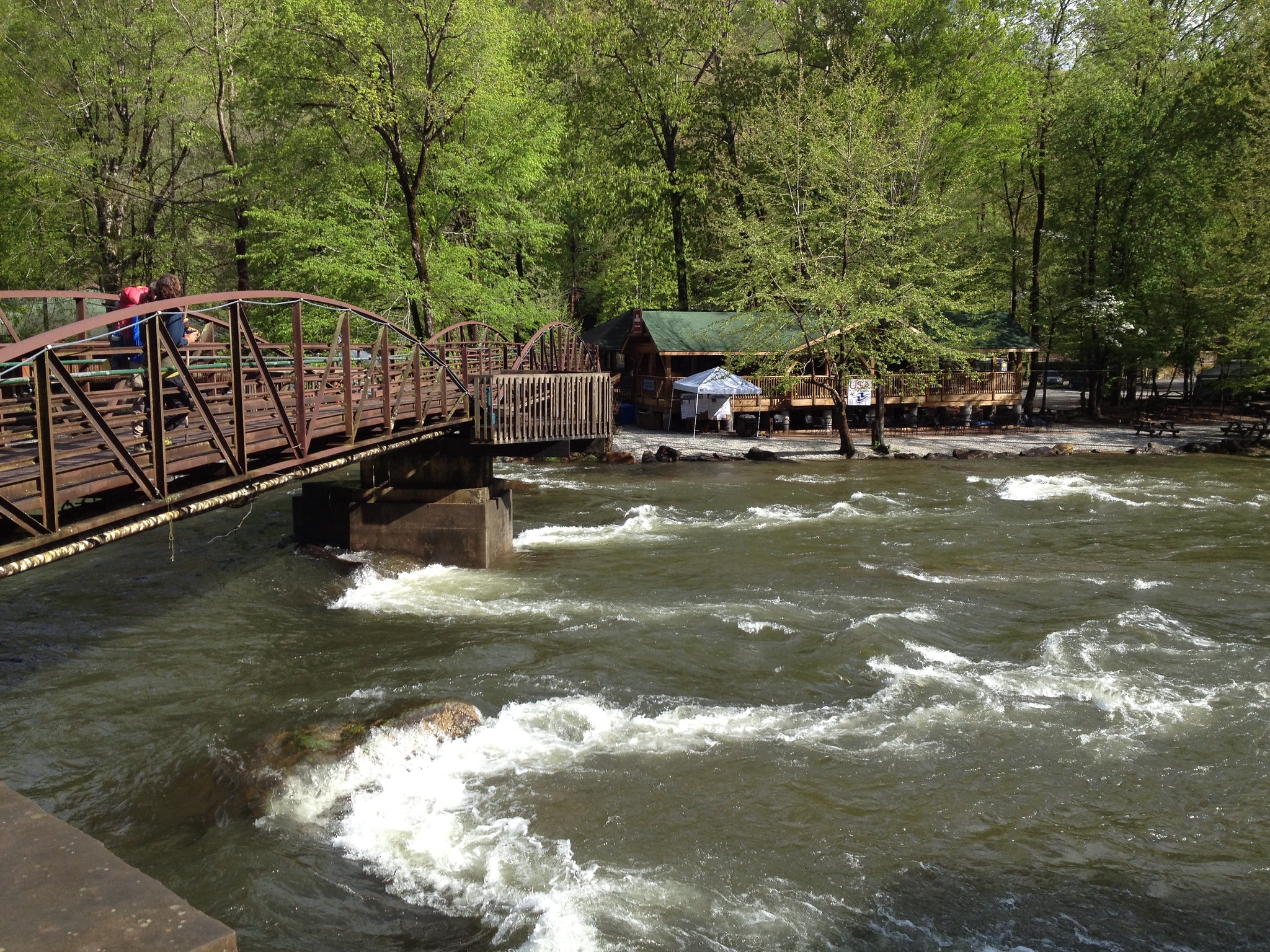 Nantahala River crossing on the Appalachian Trail. Photo via.

The Trail of Tears crosses the Appalachian Trail at the bottom of Nantahala Gorge near the Nantahala Outdoor Center (NOC), a popular stop for thru-hikers. A commemorative plaque marks the exact location of the crossing. Nantahala is a Cherokee word that means “Land of the Noonday Sun.”

The Trail of Tears was a brutal forced migration of tens of thousands of Native Americans from their homelands to new reservations in Oklahoma and Arkansas under the 1830s presidency of Andrew Jackson. US policies forced some 14,000 Cherokee people from their homes in 1838. The removal of the Cherokee people was motivated by the desire to mine gold and grow cotton on their lands. It was justified by the Treaty of New Echota, now widely recognized to have been fraudulent. More than 4,000 people died on the journey.

The Cherokee knew Clingman’s Dome as Kuwo-i or Mulberry Place. In their spiritual tradition, it was home to the chief of the bears. Modern-day hikers can look out from Kuwo-i on the forests, valleys, and mountains where the Cherokee people once lived and where many went into hiding during the Trail of Tears. 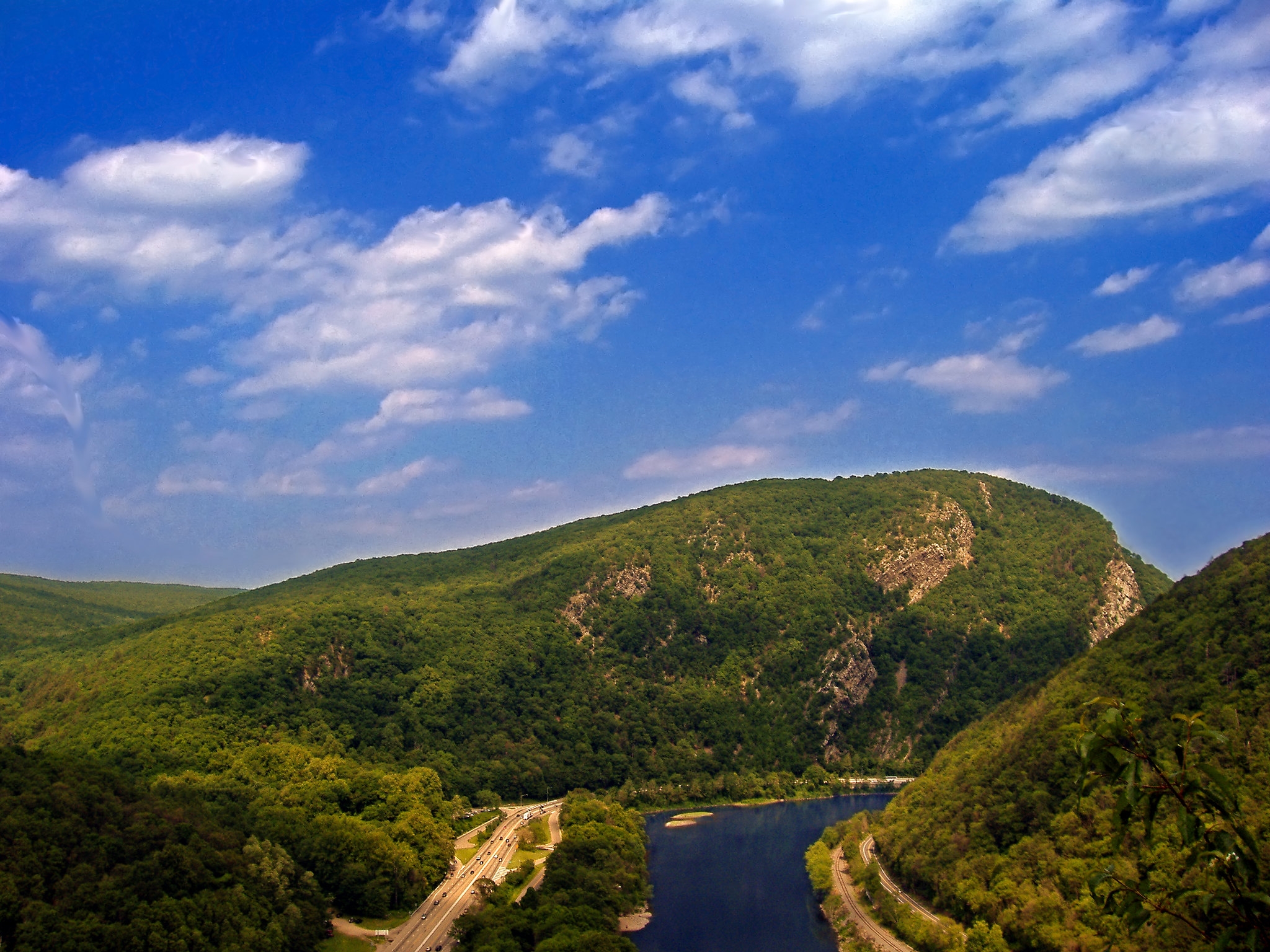 Delaware Water Gap from Mt. Minsi, which takes its name from the Minsi branch of the Lenape people. Photo via.

This long, glorious ridge walk just north of Delaware Water Gap takes its name from the Lenape word meaning, fittingly, “great hill” or “endless mountain.” Incidentally, the very word Delaware is another name for the Lenape people. This region was home to the Minsi branch of the Lenape people. The Lenape lived in the area and frequently hunted on Kittatinny Mountain. Ambassadors of the Iroquois people also traveled over Kittatinny Mountain on an important trail called the Tulpehocken, or Shamokin, Path. The Tulpehocken Path’s historic route includes other spots on the AT, such as Pine Grove Furnace (mile 1105.2). 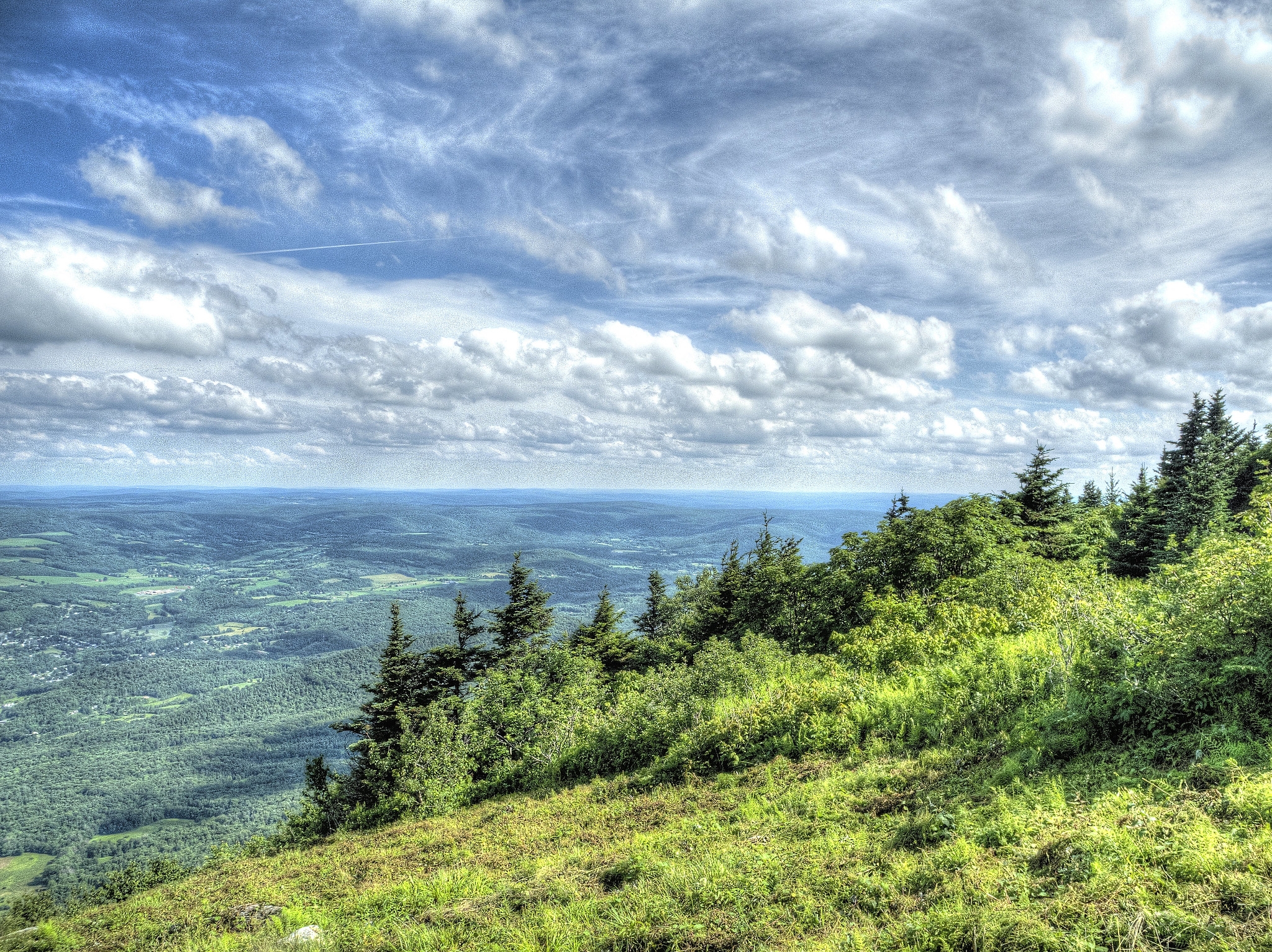 Massachusetts’s tallest peak takes its name from an Abenaki chieftain whose name may have been Wawanolewat (“He Who Fools the Others”). The English called him Gray Lock due to a distinctive streak of grey in his otherwise dark hair. Wawanolewat is perhaps best known for spearheading Native resistance against encroaching white settlers through a series of guerrilla raids on English settlements in an 18th-century conflict known as Dummer’s War or Gray Lock’s War. 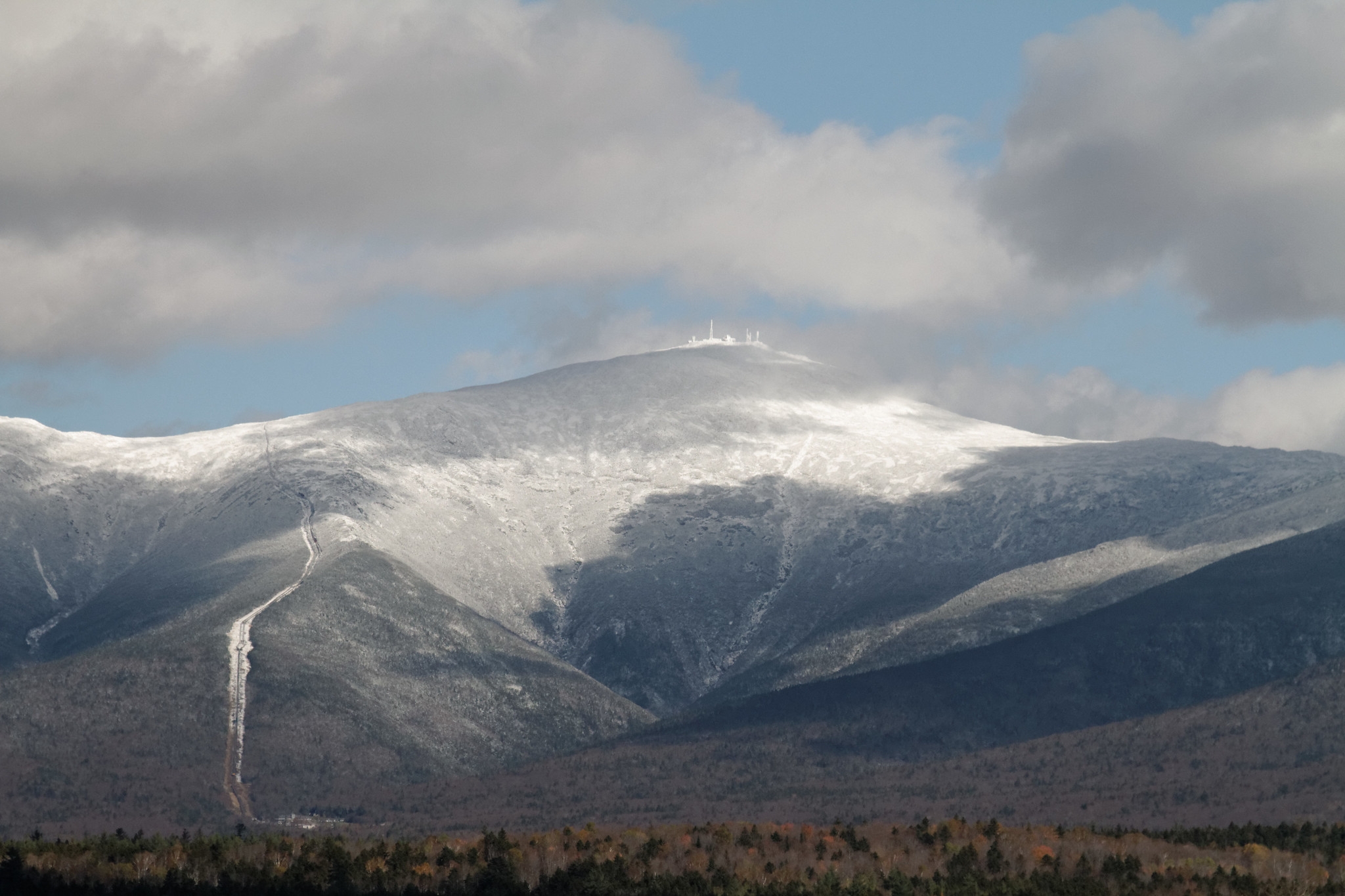 Mount Washington is the tallest peak in the northeastern United States, and for the Abenaki people, a place of great spiritual significance. They called Mount Washington Agiocochook, “Home of the Great Spirit.” They considered this and other White Mountain summits to be the home of the gods. They refrained from summiting it out of deference to these deities. Although the mountain is now known as Mt. Washington to most people, nearby Agiocochook Crag still bears the Abenaki name. 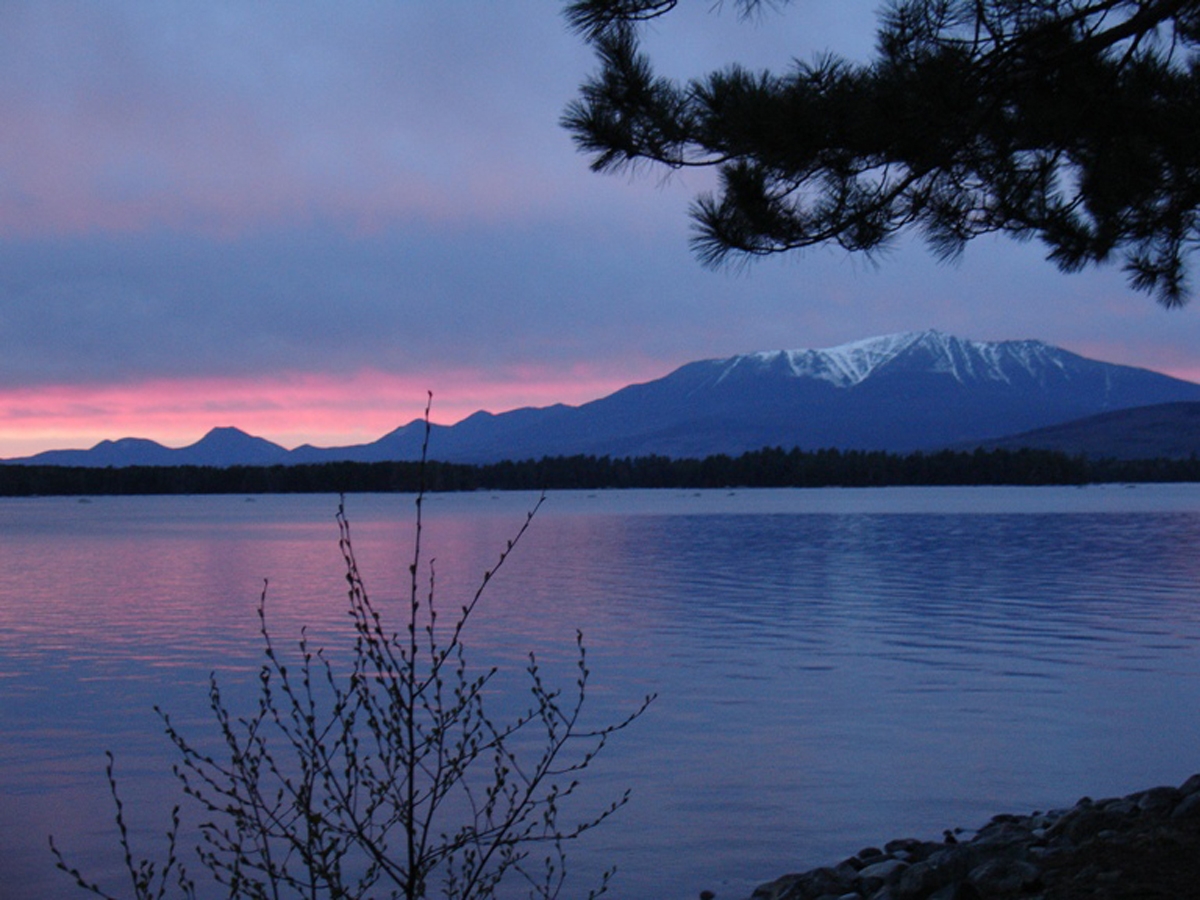 No account of Native American history on the Appalachian Trail would be complete without acknowledging Katahdin. Katahdin means “The Greatest Mountain” in Algonquian and is a place of great spiritual importance to the Penobscot Nation. Every year, the Penobscot people and other tribes of the Wabanaki Confederacy participate in a sacred 100-mile pilgrimage to Katahdin. This four-day running, walking, and paddling journey honors the traditions of Wabanaki ancestors. Although thru-hikers often feel a powerful connection to Katahdin, it’s important to remember that this is someone else’s holy mountain (unless you’re a member of the Penobscot Nation). 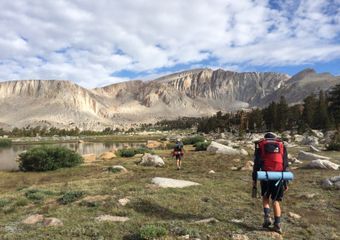 All mileage taken from Guthook Guides.