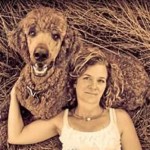 The Next Few Days…Falling into the Deliverance Trap

One thing I’ve noticed out here on the trail is that time both flies and stands still at the same time.  I’m zeroing in Pearisburg at the moment.  Silent Bob met me for the last time for a while, bringing me resupply goodies and the poodle and long johns.

But, where did I leave off last time? Oh, yes…the dubious luxury of the Relax Inn.  Onward!

After throwing up the day before and getting caught in a hail storm, then hiking 3.5 extra miles, I decided today could be an easier day with a stop at the Quarter Way Inn. 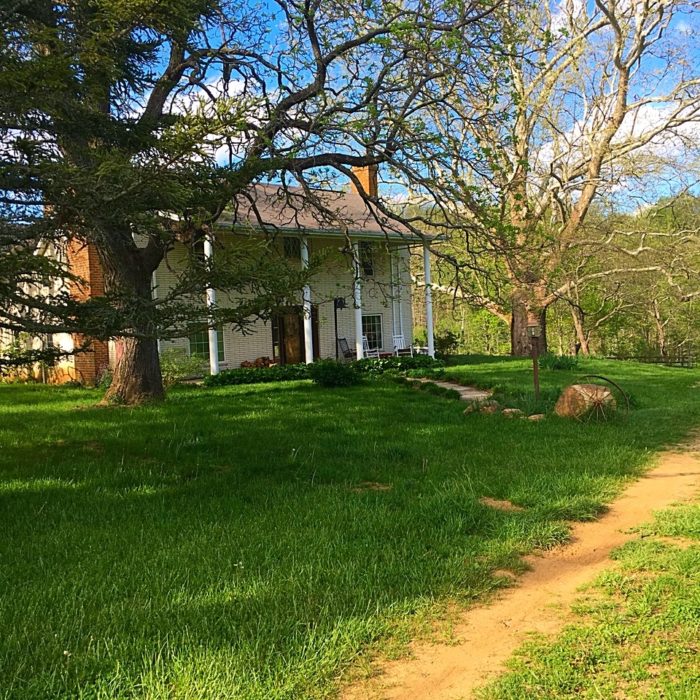 Plus I was happy to support 2009 thru-hiker, Chunky, the owner of the Inn.  We had a connection through the Wild & White Blazing Course I’ve written about before. 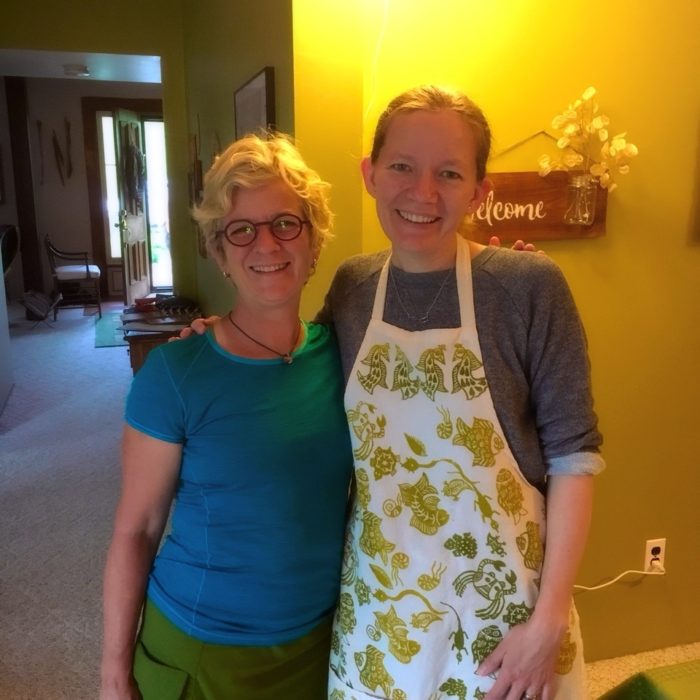 I met several other thru-hikers (Influx, Chimes and Sponge) who I will probably never see again. (That’s the sad part of thru-hiking…the nice people move on eventually. Usually faster than me.)

And there were two amazing section hikers, Gilfeather and Dr. J, who are on the 18 year plan for completing the AT.

Think about that if you’re tempted to ask someone if they’re “just section hikers.” Could you keep coming back, keep getting your trail legs over and over till you’ve done every section and not just the good ones?

I can’t say enough good about Chunky and the Quarter Way Inn. So I’ll let breakfast speak for the whole fabulous experience. 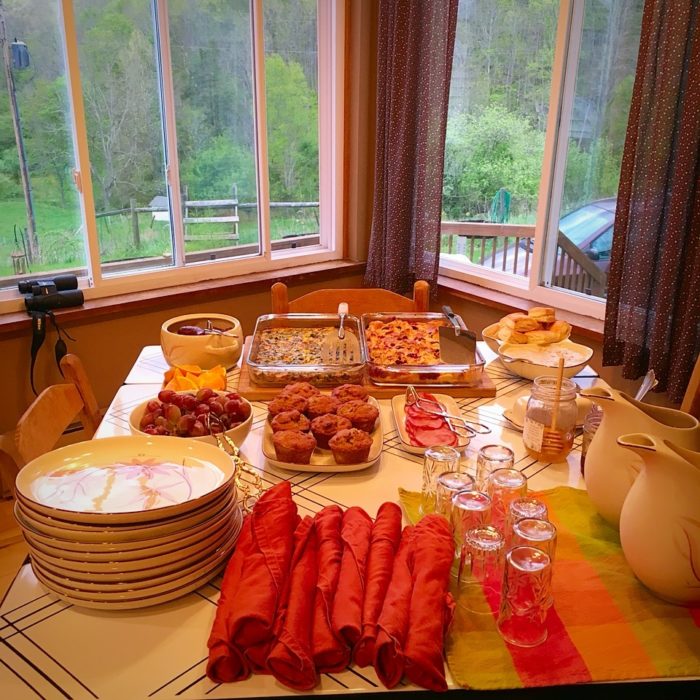 Here’s what I learned today:

take photos of everything that makes me stop and think “that’s weird.” Because I passed a random privy in the woods today, unconnected to any shelter or campsite, there for no discernible reason except to serve passers by. Privy to nowhere. Poop and go. Shit on the run.

And I forgot to take a picture. 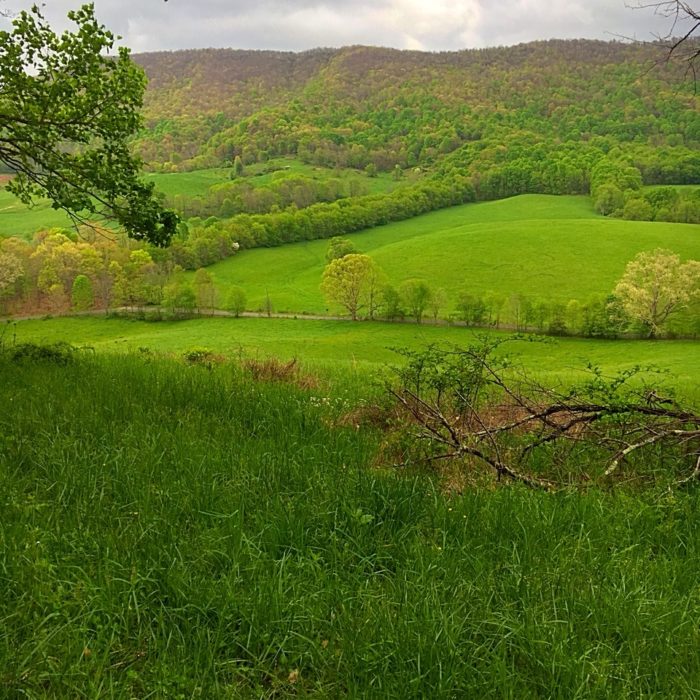 “Journey not to find but to accept yourself.” -Atlas.

(Quote written on a beam at the Chestnut Knob Shelter.)

I left the Quarter Way smelling like a day hiker.

This was my second 14-mile day, and I was happily not wasted when I got to the shelter.

My Body is So Happy

Something I’m completely surprised about is how well my body is reacting to daily hiking.

Before I started, I was dealing with the usual old lady bugs–twinging knees, IT band shenanigans, a plantar fascia that always seemed to be taunting me and sticking its tongue out at me when the adults had their backs turned.

I was a bit worried that my body would not cooperate with the plan.

Other than a minor insurgency mounted by my feet in the form of a few blisters and heat rash, I get the impression that my body is all in on this new turn of events. 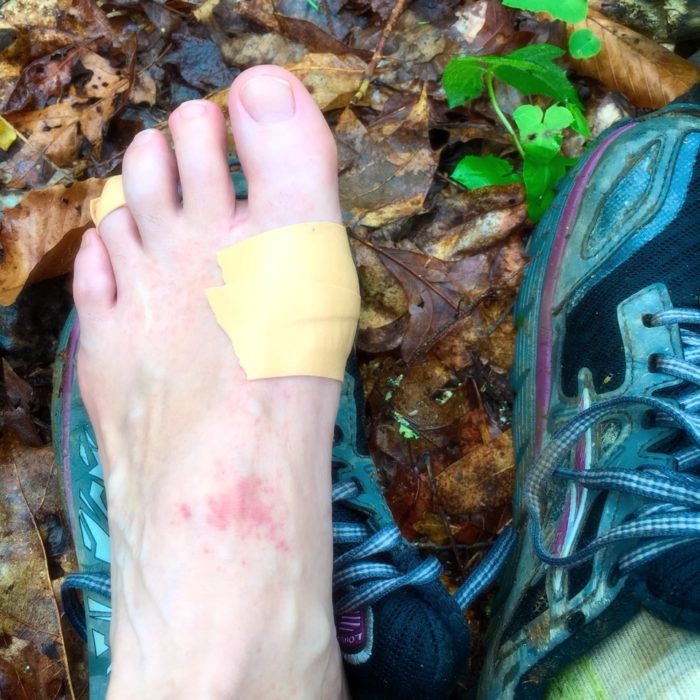 Nothing hurts. Everything works. It’s as if it was made to be active and to walk many miles each day.

And here we thought we were treating ourselves with cars and recliners and moving sidewalks at the airport.

Who knew?  (She asks ironically.)

My Initiation into Shelter Life 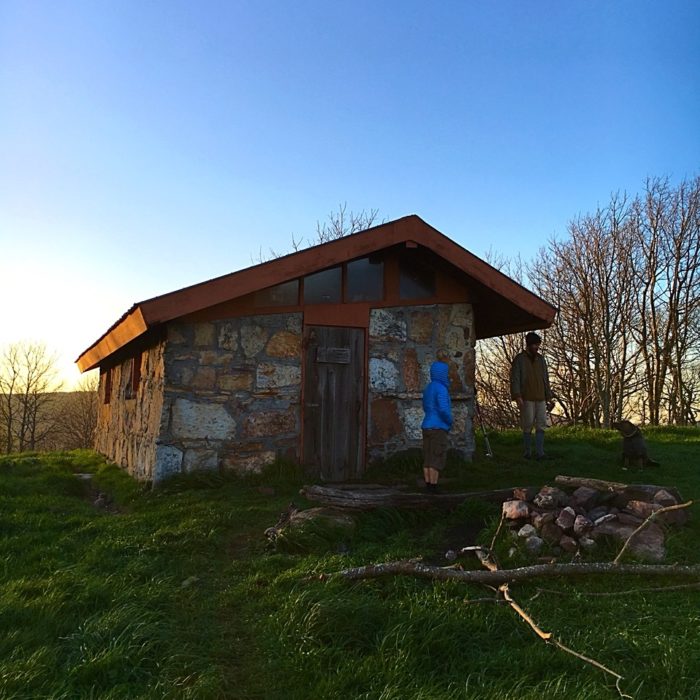 Tonight was my first shelter experience and I was a little nervous to be sharing sleeping quarters with five perfect strangers.

What if I snore?

Even if I did, no one would have heard it over the howling wind which kept blowing the door open and slamming it shut.

I woke up so many times. Every time I did, I swear I heard 82 in the bunk above me crumpling his potato chip bag and crunching the bits and pieces of chip left from his hike. 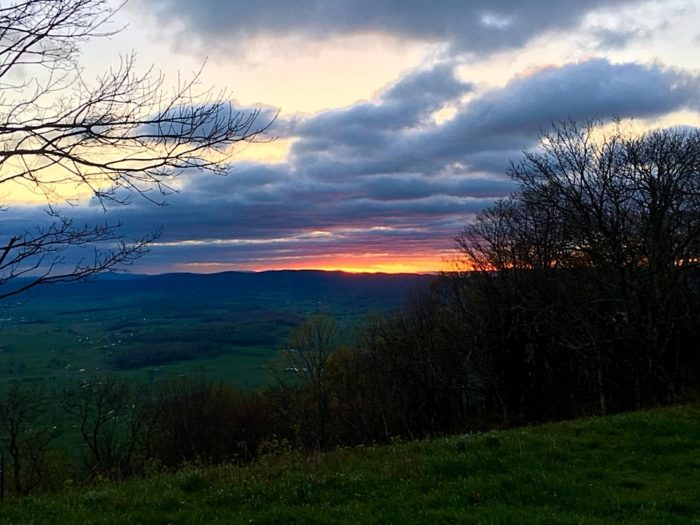 The coolest part of the day, though, was when I walked into the shelter and the first people I saw were Gilfeather and Dr. J, the two section hikers from the night before at the Quarter Way.

I’d barely spoken to either one of them at the hostel, but I was soooooo happy to see them. It was like seeing old friends I hadn’t seen in ages. We had so much catching up to do!

Apparently this meeting someone once and feeling like your BFFs from seventh grade is a thing out here. 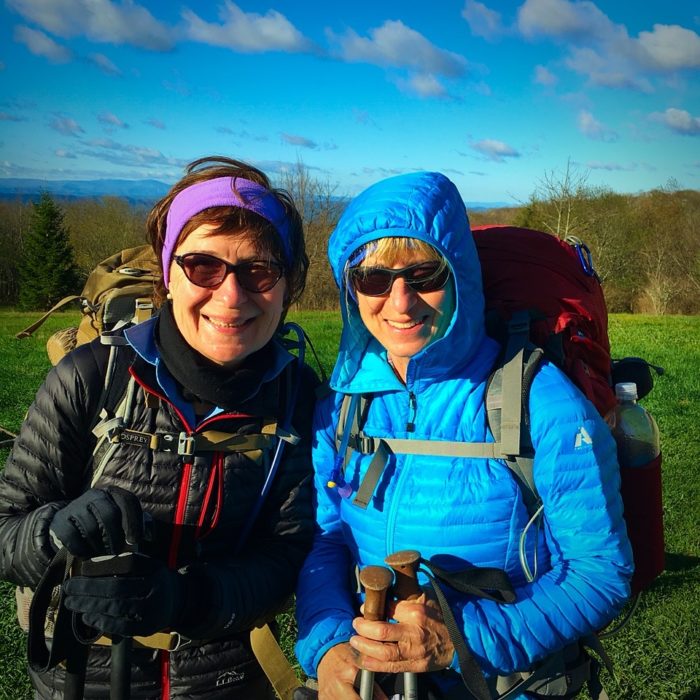 Other than the wind and to potato chip marathon, which wasn’t annoying, just funny, was a perfect introduction to shelter life.

Other people who either stayed in the shelter or stopped in for a meal included:

Someone had warned me before I left that camping near roads may not be a great idea since anyone with a car (or a big-ass truck) could be there.

Tonight, I’d be camping near the road.

So, I fell into the Deliverance trap as I hiked down.

You know the one.

Where Southerners get stereotyped as those toothless dudes from Deliverance, not necessarily making hikers squeal like stuck pigs, but definitely drinkin’ beer, shooting at things and rockin’ confederate flag trucker hats.

I totally went there in my head, and I don’t tolerate those stereotypes when other people indulge in them.

I’m happy to say I didn’t create that reality.

Here’s what I found, instead: 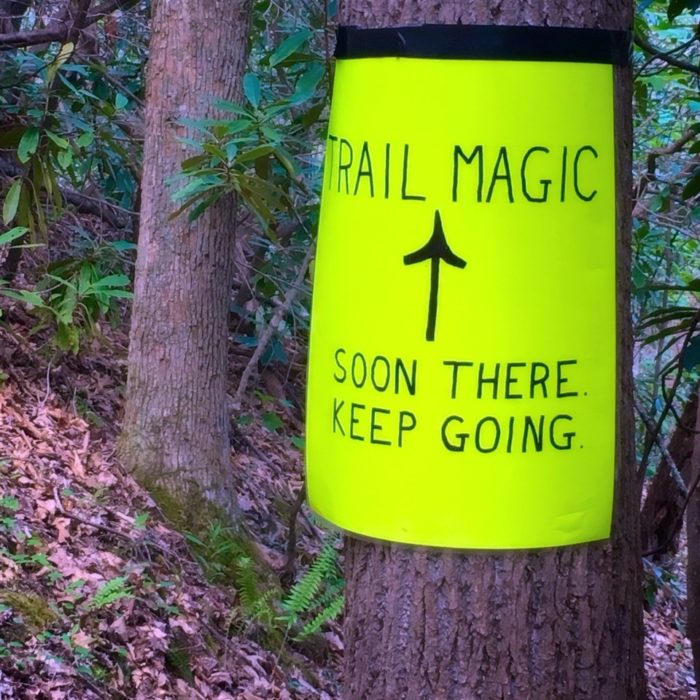 And what glorious trail magic it was! It was my first, and the crew from Pennsylvania set the bar as high as it could possibly be set.

Hiker Nirvana with the Emperors of Trail Magic

Of course they had amazing food–meatball sandwiches and hot dogs, coffee, tea and hot chocolate; veggies, chips, Oreos, pudding, even.

But they set up Hiker Nirvana out of their U-Haul.

They had batteries, toilet paper, bandaids, duct tape. They had a box of notecards and promised to stamp and send every card we cared to write. They reminded us that Mother’s Day is coming up.

They brought a cupcake with a candle out for Finisher, whose birthday is next week and we all sang “Happy Birthday.”

They had a generator and a charging station for electronics, which made Dave, Deann, Deb and Vince the Emperors of Trail Magic.

Here’s Why They Did It. (Don’t skip this part!)

Dave and Deann’s daughter was engaged to J-Bird, a 2010 thru-hiker. J-Bird died a couple of years after competing his thru-hike. Cancer. Dave and Deann wanted to do something to honor his memory and to celebrate his accomplishment and this is what they’ve been doing every year since J-Bird passed. For three days every April, they provide superlative magic to the few of us blessed enough to pass through on one of those days.

I can still feel the love even now, days later in my hovel in Pearisburg. This is why so many people say that a thru-hike restores their faith in humanity. 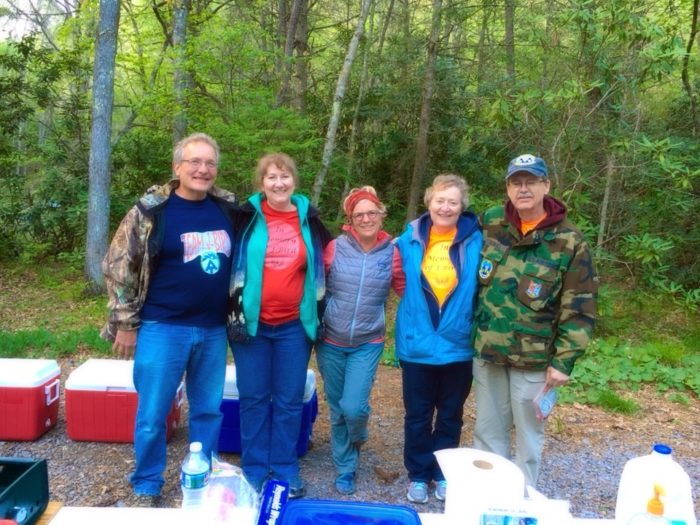 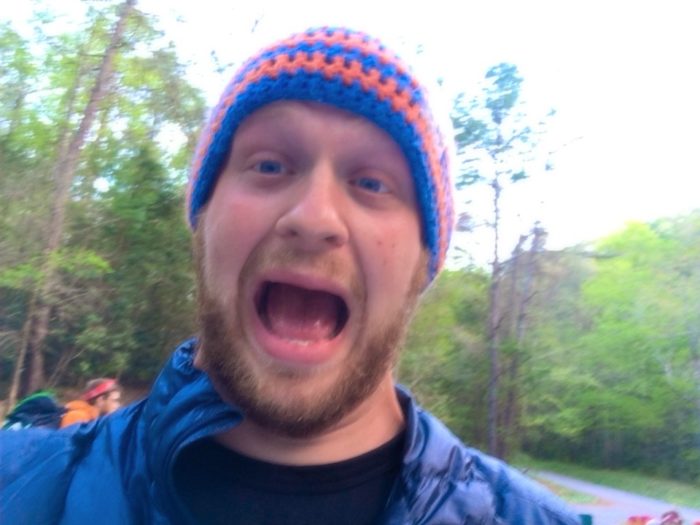 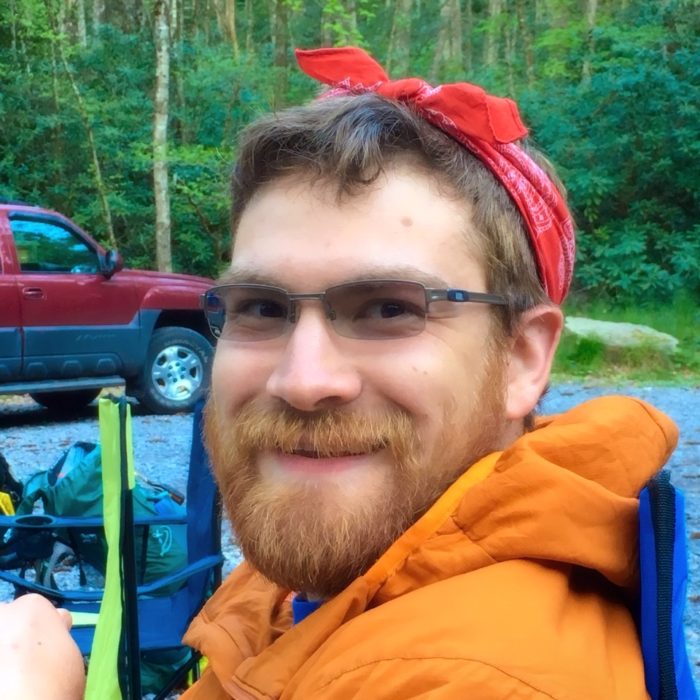 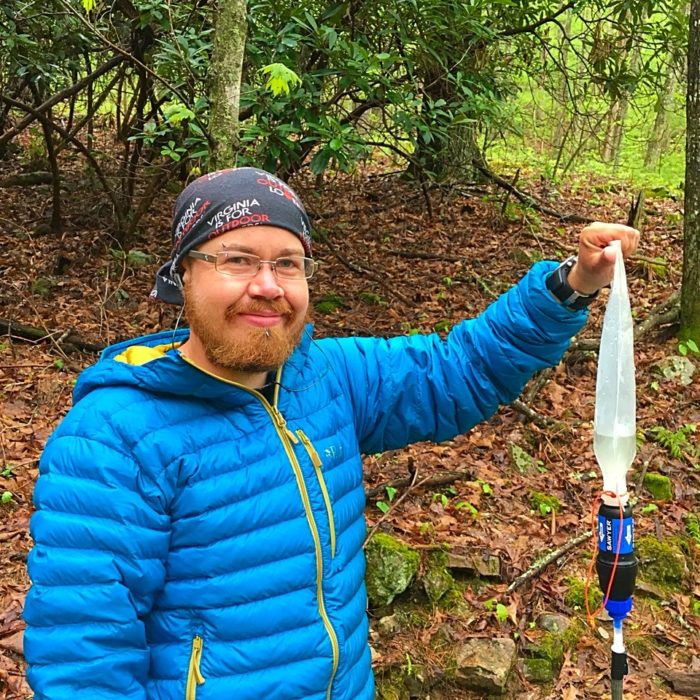 Happy Trails, everyone.  Today is a beautiful day to get out there!