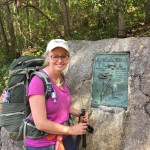 No Longer Nameless: My Trail Name Found Me

Code words. Secret handshakes. Silly hats. Every group has signs of belonging that signal to others whether you’re in or you’re not.

Long distance hikers are no exception. If the “hasn’t showered in days” trail smell and extra-hairy appearance aren’t enough to broadcast your status to those you pass along the trail, your answer to the simple question “What is your trail name?” will do the job.

As an aspiring thru-hiker, my lack of a trail name sometimes felt like a brilliantly lit billboard proclaiming, “She’s a wannabe!” Being a nameless newbie backpacker made me feel incomplete at best and at the worst, like an all-out imposter.

(Yes, that’s my insecurity speaking. I know it well and tamp it down when I can, but it still pops up occasionally. Thankfully, that’s happening less and less the more I hike.)

Surveying the landscape of past and future thru-hikers, I realized that many have taken to naming themselves. It’s surely a safe bet to choose your own trail name, for a number of reasons:

When decided to call my YouTube channel Joyful Rambler I thought, “That could be my trail name,” but I wanted my online presence to be about more than just me. Anyone can be a joyful rambler. It’s a spirit, a mindset, which I hope to embody myself and inspire in others as I hike. 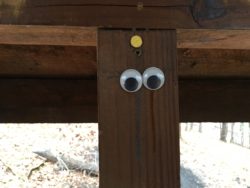 Looking for a trail name.

On top of that, I wanted my trail name to come to me as a gift, a blessing of sorts. It would be interesting to see myself reflected in a name given to me by someone else, which would probably be something I’d never think of.

People around me were finding their names and I felt left out. The temptation to name myself was strong, yet I resisted.

I’m not superstitious, but I have heard the view that you should never name yourself. In fact, a veteran thru hiker commented on one of my videos with this: “…your trail name is given to you by fellow Thru Hikers when you’re on the trail! It’s considered ‘bad luck’ to name yourself before stepping foot on the trail.”

Another thru-hiker told me I couldn’t reject a name. Once it was given to me, I was stuck with it, he said. Hmmm…I didn’t know that. Is it bad Karma to shake off a name?

Things were getting more complicated.

A hiker buddy of mine tried to name me with a fine compliment, “You’re a breath of fresh air to hike with,” she told me, suggesting “BOFA” as a possibility to reflect my laid back, roll-with-it attitude. We debated more eloquent variations and finally settled on “Breezy” as an option, but I didn’t embrace it.

I mulled the name over in my mind. With 30 years of marriage under my belt, I could already hear my irreverent husband joking, “What, like you pass gas all the time?” (Which is pretty close to what he actually said when I told him!)

“Breezy” hung in the air for a few weeks. Was I waiting for something better to come along? Was I wrong to turn away the compliment? Even though I hated being nameless and not feeling fully “thru-hiker” yet, I wasn’t quite ready to accept the name that had been handed to me. 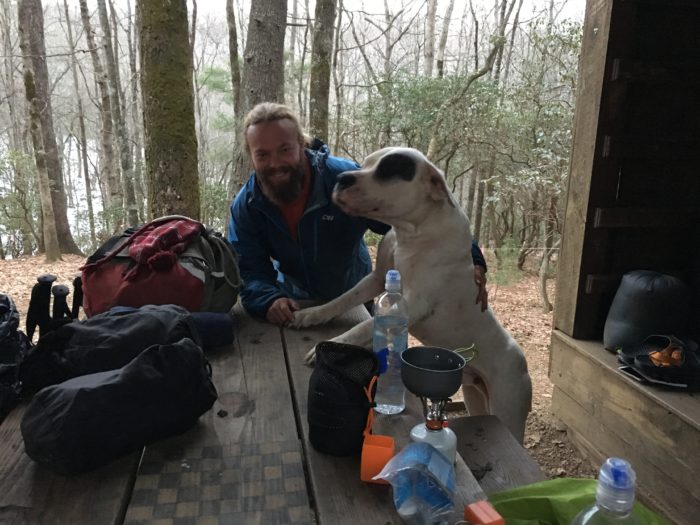 Then Nikon and I rolled into Gooch Gap shelter after dark, knocking out the last few miles I needed to hike on the AT in Georgia for my thru-hike jump-start. We met a 2017 thru hiker there named Cookie Monster who finished at Katahdin and promptly returned to Georgia to start again. (He called it a yo-yo; I told him to dub it a “boomerang” because he came right back.)

We chatted a bit and the inevitable topic come up. “So what’s your trail name?” Ugh. My buddy talked about the name she gave me. I explained my husband’s response and my reservations. “It doesn’t matter,” Cookie Monster said, “You’re Breezy now.”

Maybe somewhere in my mind I needed official affirmation from a legit thru-hiker. Maybe I wanted my name to find me while I was physically on the trail. I’m not sure why it fit so much better that clear, starry night, but it did. 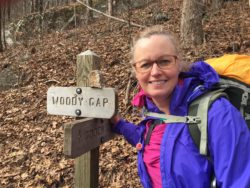 Somehow I feel more like a real thru-hiker candidate and less like a hapless hopeful. I finished hiking the 80 miles of Georgia, which is just a drop in the bucket compared to the whole 2190-mile trek I have ahead of me. Even so, it feels like a major accomplishment. I also completed my first 15-mile day, giving me more confidence that I can grow into the hiker I want to be.

I know a name is just a name, but having one gives me strength and a sense of belonging I didn’t have before. With just over 100 days until my official start, I’m beginning to believe I can do this.