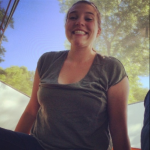 Not Originally as Intended

I remember in pharmacology class my professor telling us about Viagra. That the drug was originally intended to be used for blood pressure and it’s current use was just a side effect. I bet the Pfizer team that made the drug were disappointed at first. They spent so much time envisioning this drug that didn’t turn out. Instead of wallowing in failure, they marketed the pill for its side effect. Seems like a no brainier? Right?

Because the trail isn’t what I initially intended it to be.

Not many people know that my thru hike was supposed to be a honeymoon.

I had everything planned out.

– graduate from college a semester early
– marry Aaron sometime between December and March.
– wedding shower gifts and such would be gear.
– thru hike
– go to grad school and get better loans because I’m married.
– marital bliss

I’m very type A ( well I used to be) and when this plan was shattered, I was lost. Very lost and I became a person I’m not too proud of.

Everyone would say how I was “good for Aaron or too good for him”. But it was the other way around.

It is so much better.

I feel like people sometimes get caught up in preconceived notions of how & when an event will occur.

I’ve heard people around me agree that the trail wasn’t what they expected either. Sometimes with a negative connotation.

They expected this life changing event that would widen their eyes and make them a different person.

The trail will change you, if you let it. If you leave your comfort zone, challenge yourself, and most importantly be present.

I guess this is a long winded way of me trying to say that the Appalachian trail thus far has changed my life, in so many ways. This happened when I released my need to control everything around me and most importantly gave up on my idea of how I wanted my trail experience to be.
Like the Pfizer company , I like to think that I rolled with the punches and I’m benefitting much more than I would if my plan would have went as originally intended.

Toast (who is currently sitting in Sweet William’s Bakery in Salisbury, CT about to hit 1,500 miles later !!)

My name is Emily and I’m from the middle of nowhere Illinois. In December 2015 I will graduate with my bachelor’s degree in exercise science from Southern Illinois University. Much to my mother’s dismay, I will be setting out to thru- hike NOBO March 2016.