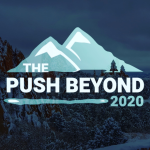 Outbreak: The Beginning of The End. 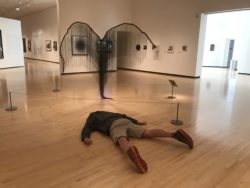 It started as any other day.

I awoke to the sounds of Fjord cooing. She was crouched near the edge of the shelter like a cat preparing to pounce. Her brilliant blue eyes flashed with shades of mischief as she called out to the curious-sounding bird perched high atop a fractured oak tree. It had a white streak cresting across its back and appeared to care very little for Fjord’s shenanigans.

Out past the shelter, Reddmage sat by the empty fire pit, stroking his salt beard. The early morning dew clung tightly to his clothing, saturating his maroon beanie with blots of moisture.

I unzipped my green sleeping bag to find Blueberry fidgeting with an unopened package of Poptarts. The silver wrapping ripped apart in his mouth, exposing a purple, frosted pastry–if you lower the standard for ‘pastry,’ that is.

A sound, a curious sound, bellowed out from deep within my throat. It sounded harsh and unforgiving like metal crashing across the concrete.

The group stopped, simultaneously turning to stare at me. Their mouths were agape. Their eyes stretched wide with terror.

I had done it. I had done the one thing you simply don’t do on a Thru-hike: I had gotten sick.

Fjord skirted closer to the edge of the shelter, dipping her legs down towards the wet soil.

“It’s not what you think,” I said, trying desperately to sound healthy. “I’ve never been sick in my life!”

They recoiled at the word “sick,” each one of them holding up their fingers in the sign of a cross.

I coughed again, choking up a handful of flem. The chunk of greens and yellows landed with a disgusting PLOPPING sound, sending the group sprawling.

Fjord moved first. She jumped back, flipping out an endless flask of holy water. She began to bathe me in it as she called out in Latin. From memory, she recited every line from every religious text ever written.

Blueberry, on the other hand, pulled out seventeen tons of hand sanitizer from his pack and began injecting it intravenously.

Reddmage moved last, torn between his pull of friendship and fear of infection. He scurried up the closest tree, using his fingernails like claws. He was fast, constructing an impromptu decontamination room at the top of the oak. Sirens and bells belted out into the forest, scaring the sun back down below the horizon.

It was the beginning of the end. My body had betrayed me. My friends abandoned me. All was lost. Or was it?

I spent the next six days death-marching by myself, heat engulfing my body. My face was discolored, splotched with blues and greys. I was fatigued, completely drained of energy, but I kept going. I was running on fumes, fueled only by my hatred. I hated being sick, but I hated being sick on the trail even more.

Then, a sound came chirping from my pant’s pocket. I stopped, realizing the familiar noise could only be one thing: a text from a loved one. So, I reached in and pulled out my phone, desperately scrolling through my latest text.

“Just stop,” it read. “Take a few days off, and when you get back on I’ll be waiting for you up ahead.”

The weird thing was, the part that jarred me the most, was that the text was from me. I was so tired, so burnt out, that I was hallucinating. But, no matter how absurd it seemed, the make-believe text was right. I needed to stop. I NEEDED a day off. I had pushed my body to its limit for what? To make a few more miles? No. That was not the point of my hike. My hike has always been about having fun, and that’s not what I was doing.

So, much to my relief, I took some time off. I spent the next two days eating oranges and sleeping, and–as you might have guessed–I felt a million times better. I regained my strength, broke my fever, and put back on some much-needed weight.

And why? Because I listened to my body. I took the time to heal and accept the fact that I was sick–instead of trying to death march through it. Which, is a reoccurring theme on the trail: listening to your body.

Oh, and–incase you were wondering–no, my friends didn’t leave me. They all marched right along side me, getting themselves sick in the process. Why? Because we’re Tramily, duh. ? 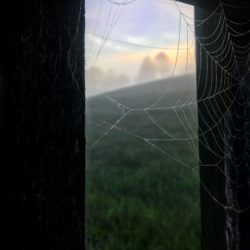 I am a current Appalachian Trail Thru Hiker. I'm actually supposed to be out back fixing the fence, but I figured no one would notice if I snuck away for five months. Shhh. Oh! I keep up with my Instagram pretty regularly so if you have any questions just drop me a line. Hugs, kisses, and well-wishes.