AT Part Nine: Above the Clouds

I can’t remember the last time I uttered the word “mountain.”

At some point during my hike, every incline—no matter what the elevation—became just a hill.

Hills sound manageable. Anyone can stroll up a hill. 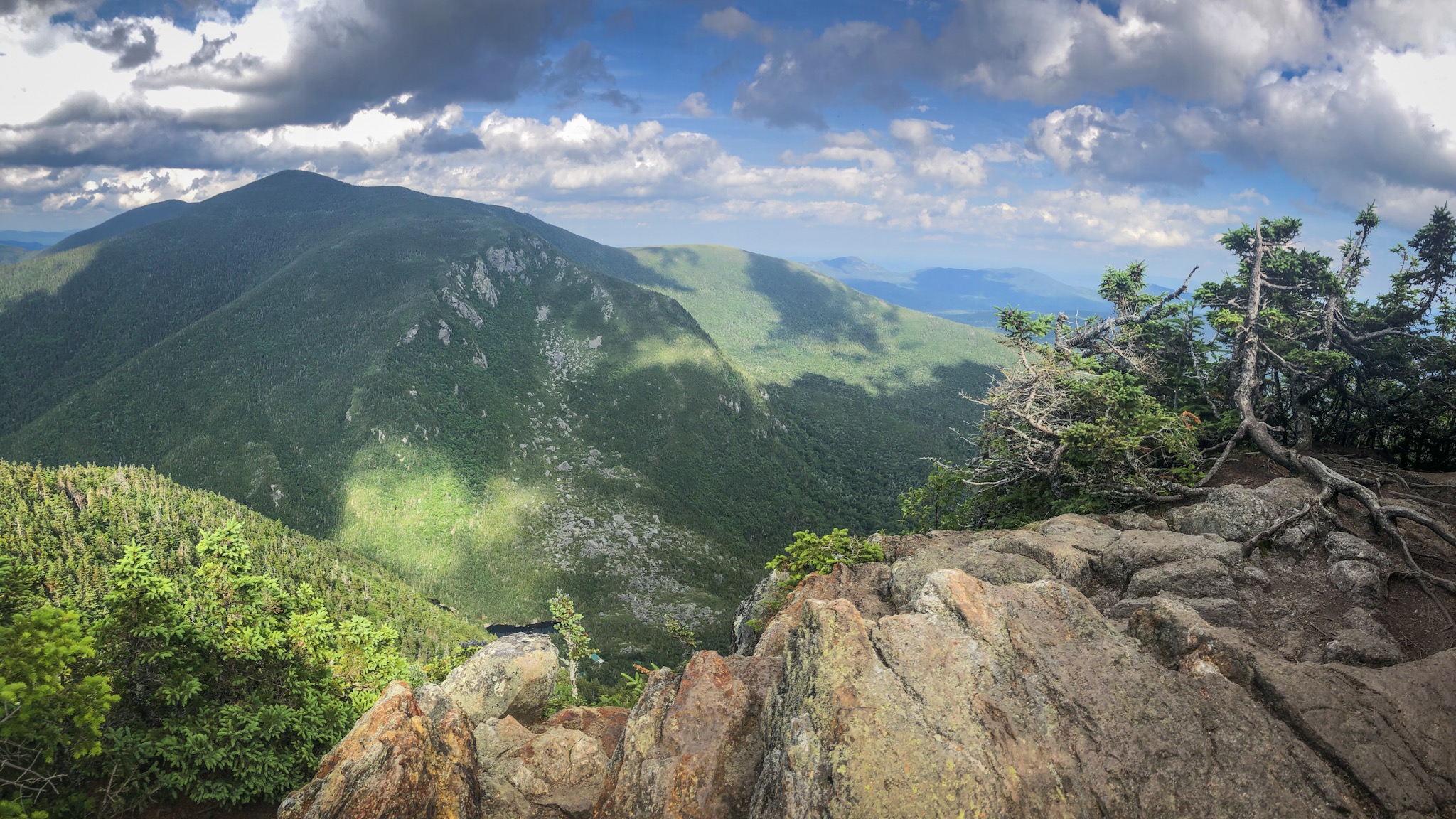 Mountains, on the other hand, sound really big. It takes a lot of effort to climb a mountain.

Someone would have to be crazy in the head to do that multiple times a day.

“Vermud” and the Long Trail 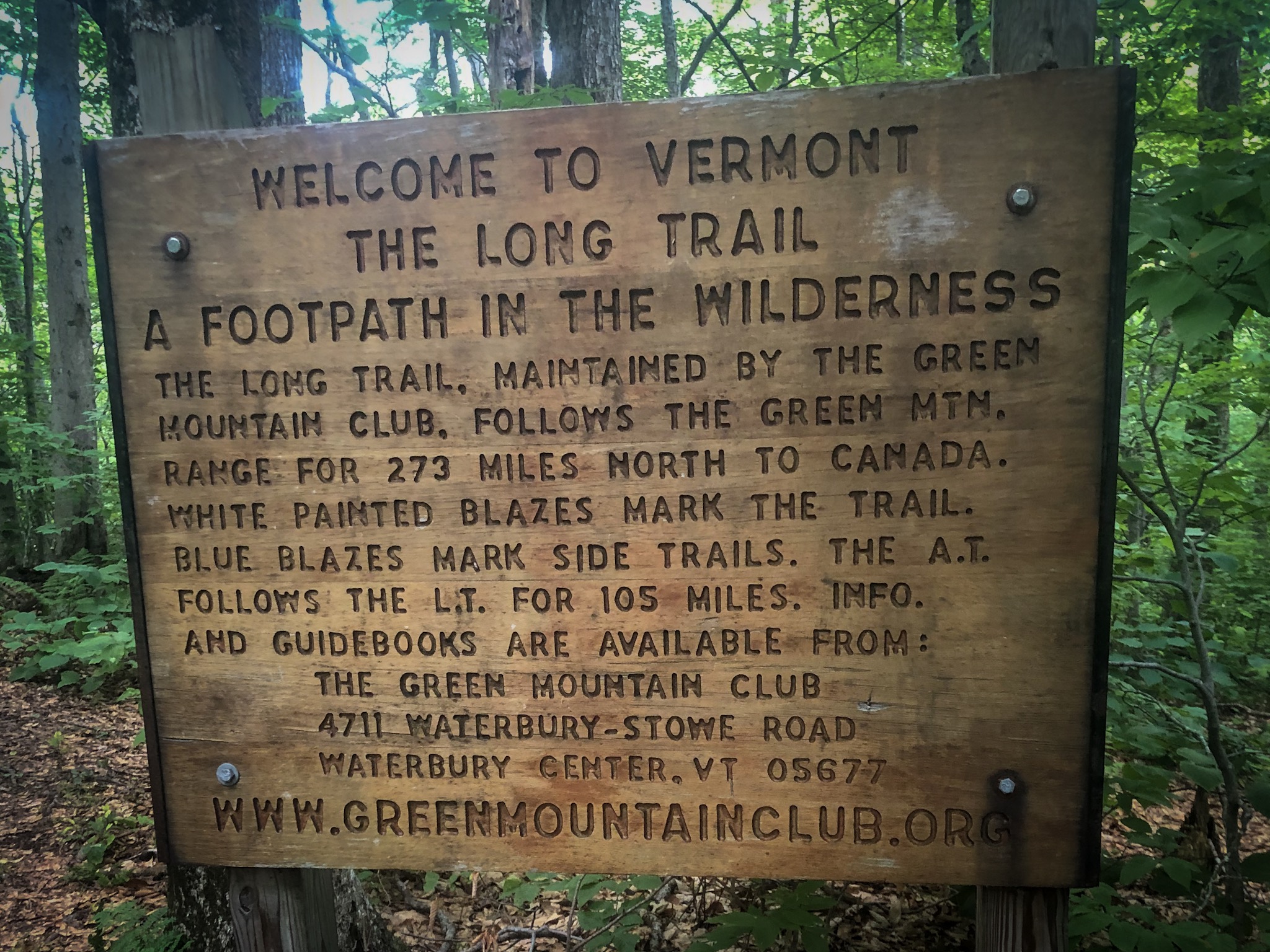 When I crossed the border from Massachusetts into Vermont, the AT immediately overlapped the Long Trail, the oldest long-distance trail in the country. The two trails coincide for about 100 miles until they split off at the Maine Junction.

Things didn’t change much for me, however. I did start bumping into a lot of people who were attempting to thru-hike the Long Trail. I was surprised by the number of them—they made up at least half of the people at shelters or tent sites. 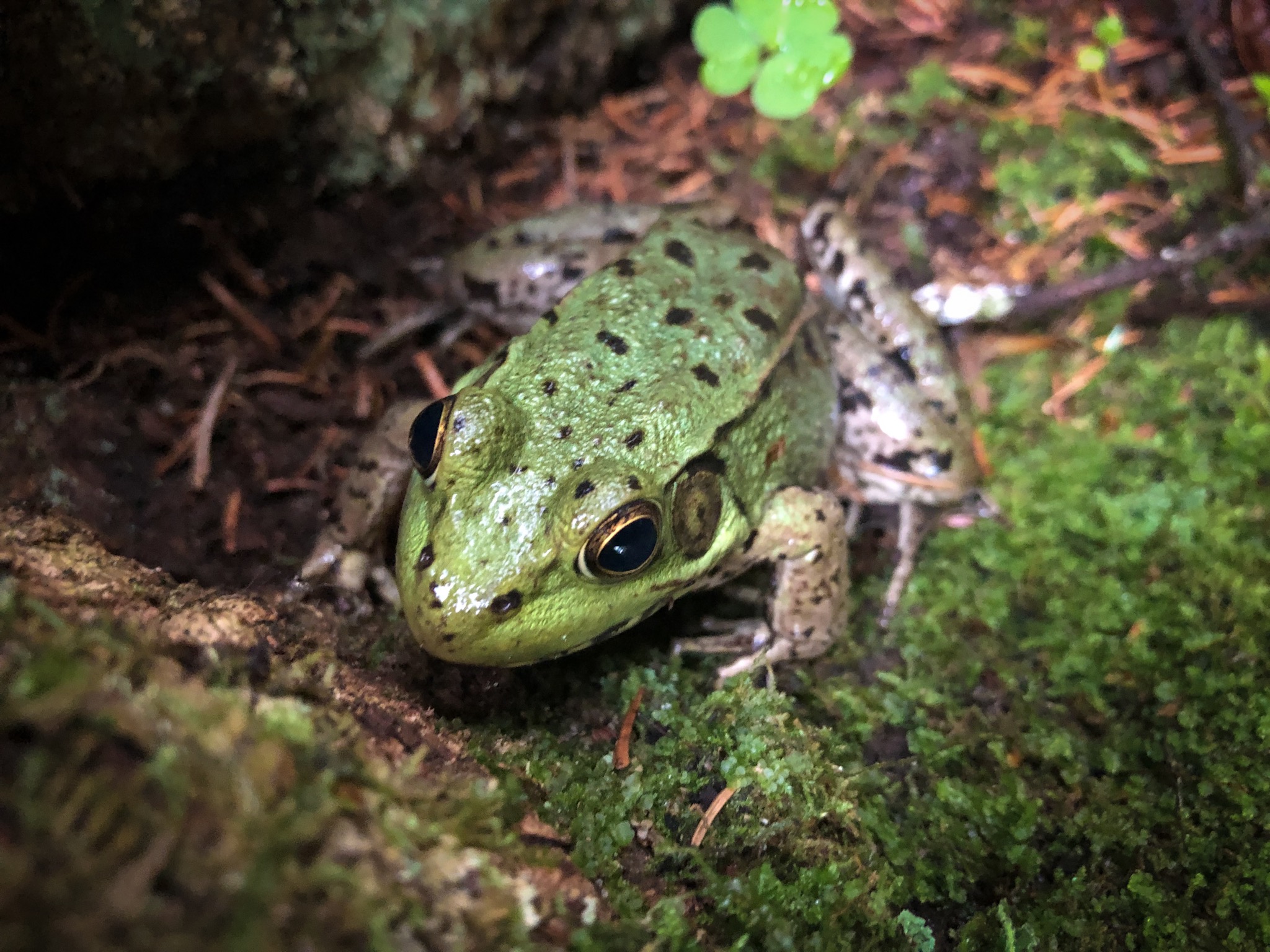 At least frogs seem to enjoy the mud of Vermont.

The trail in Vermont also has the reputation for being a bit of a mud fest, hence the nickname “Vermud.”

There were indeed long stretches of sloppy terrain that I had to tiptoe through. Like everything else I had encountered on the trail, I just learned to adapt and deal with. 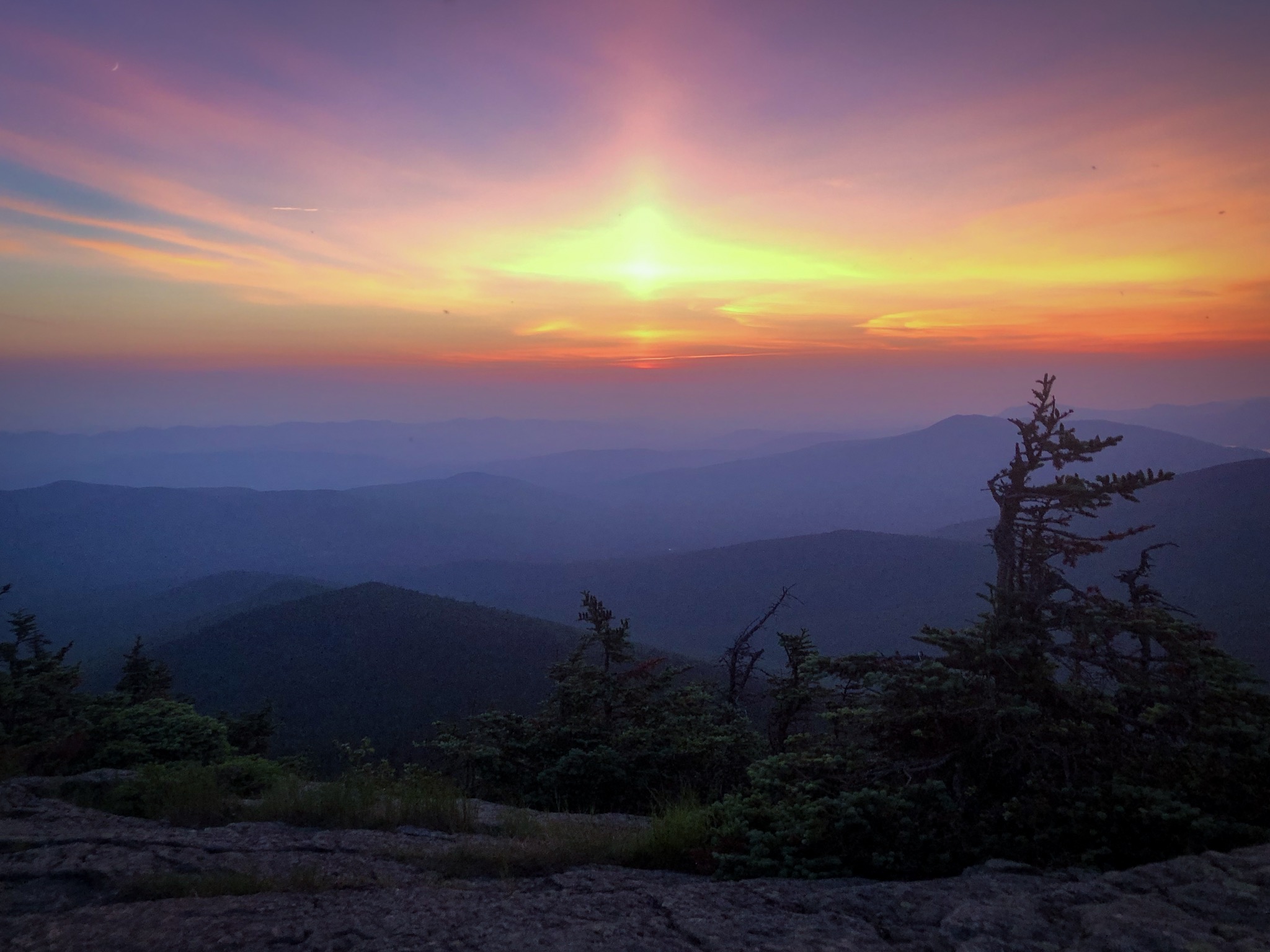 As I hiked my way up the state, the mid-Atlantic woods of oak and maple gradually transformed into forests of birch and pine.

The hills started to grow taller, and the views became more impressive. 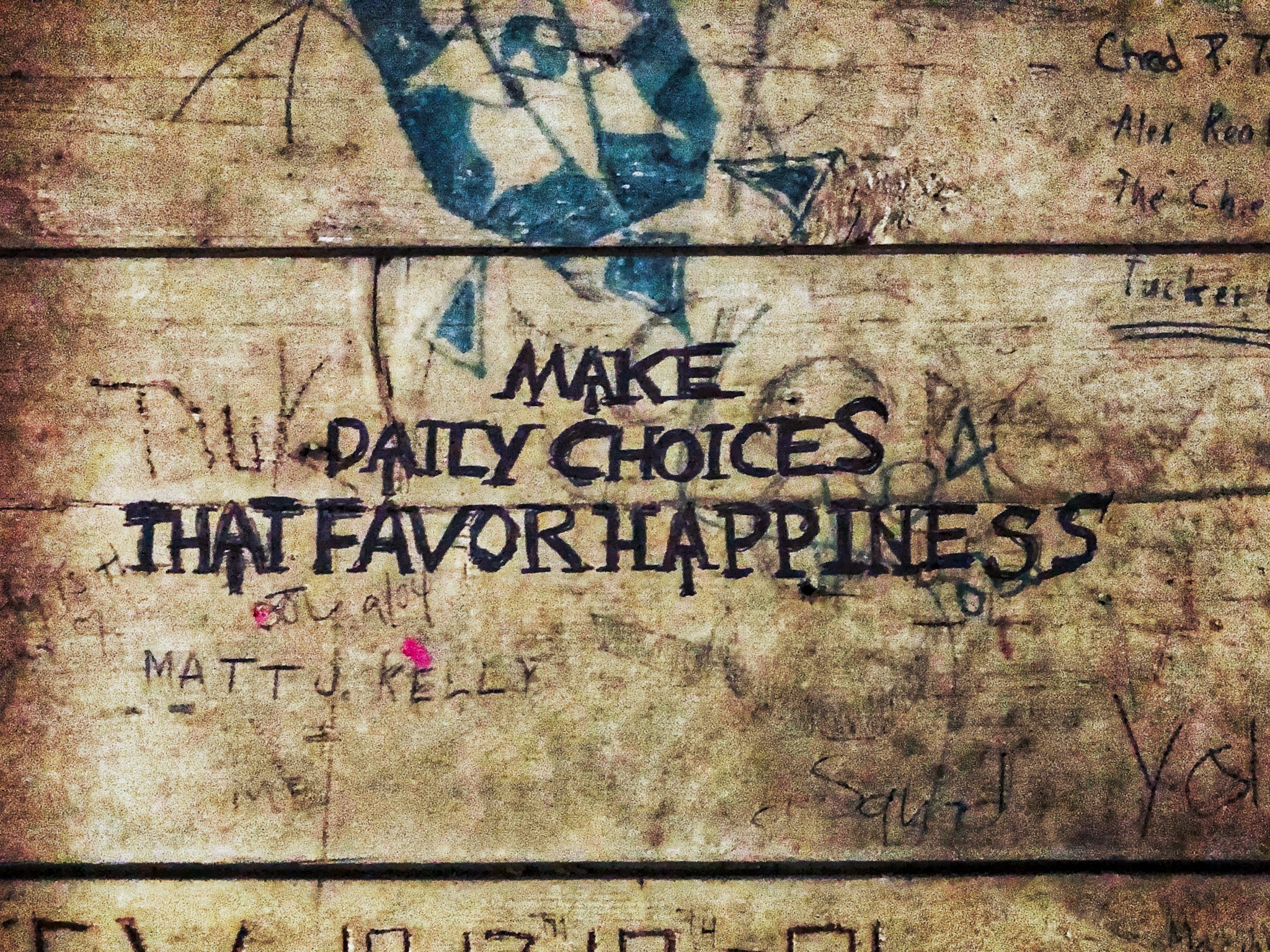 For a majority of my hike, I spent a lot of time focusing on the miles. In my mind, the more miles I could do in a day seemed to mean the better chance I had of reaching Katadin.

It took a while, but I finally started to value experiences over distances. This could mean stopping early to catch a sunrise from a fire tower the next day, or taking a three hour swim break on a sunny afternoon. 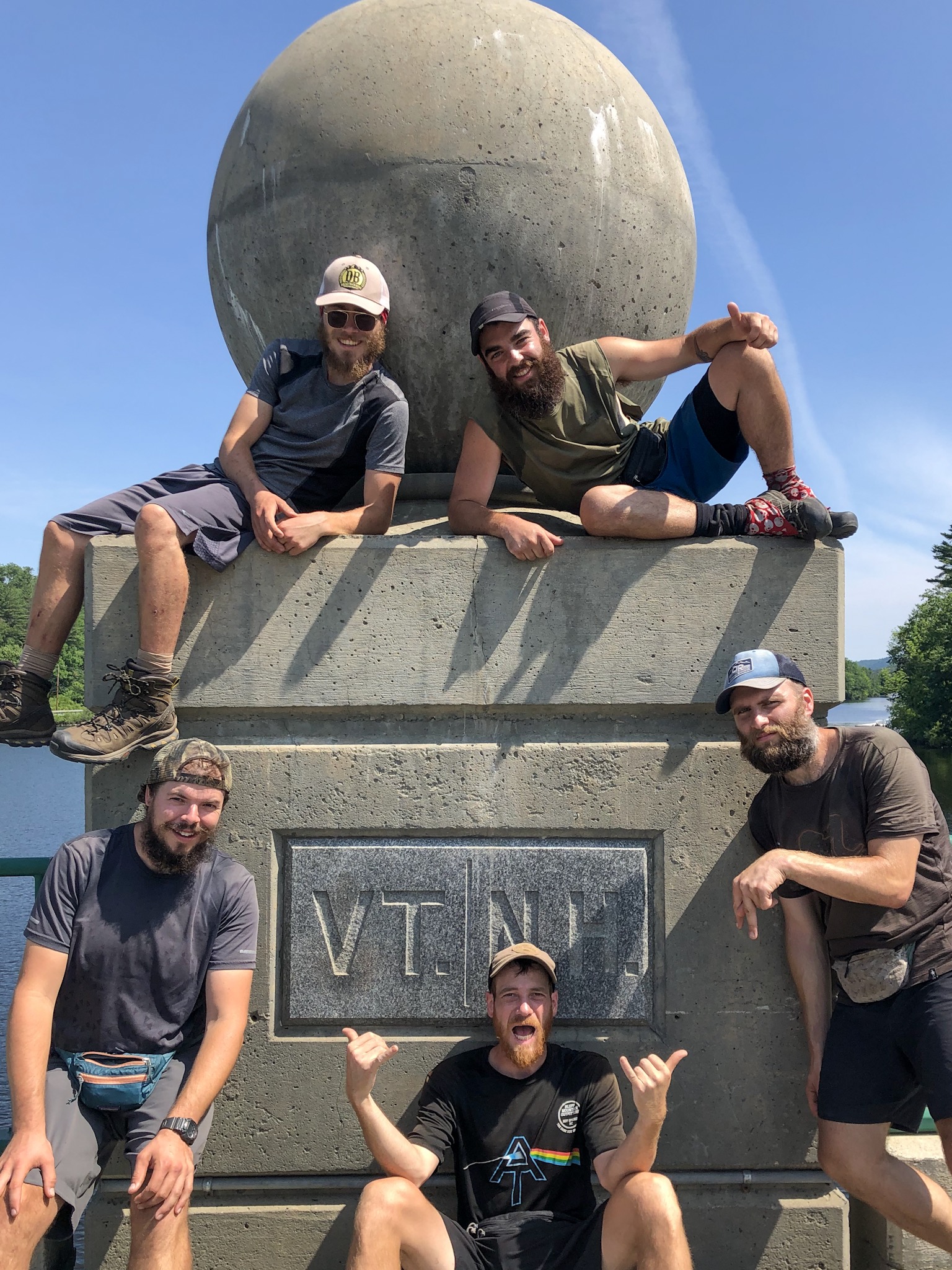 That’s not to say that I started loafing it. One of my favorite days on trail was an epic 29 mile stint to Killington Peak on July 4th. We made it to the summit just in time to look down on the fireworks displays coming from all the surrounding towns.

Welcome to The Whites 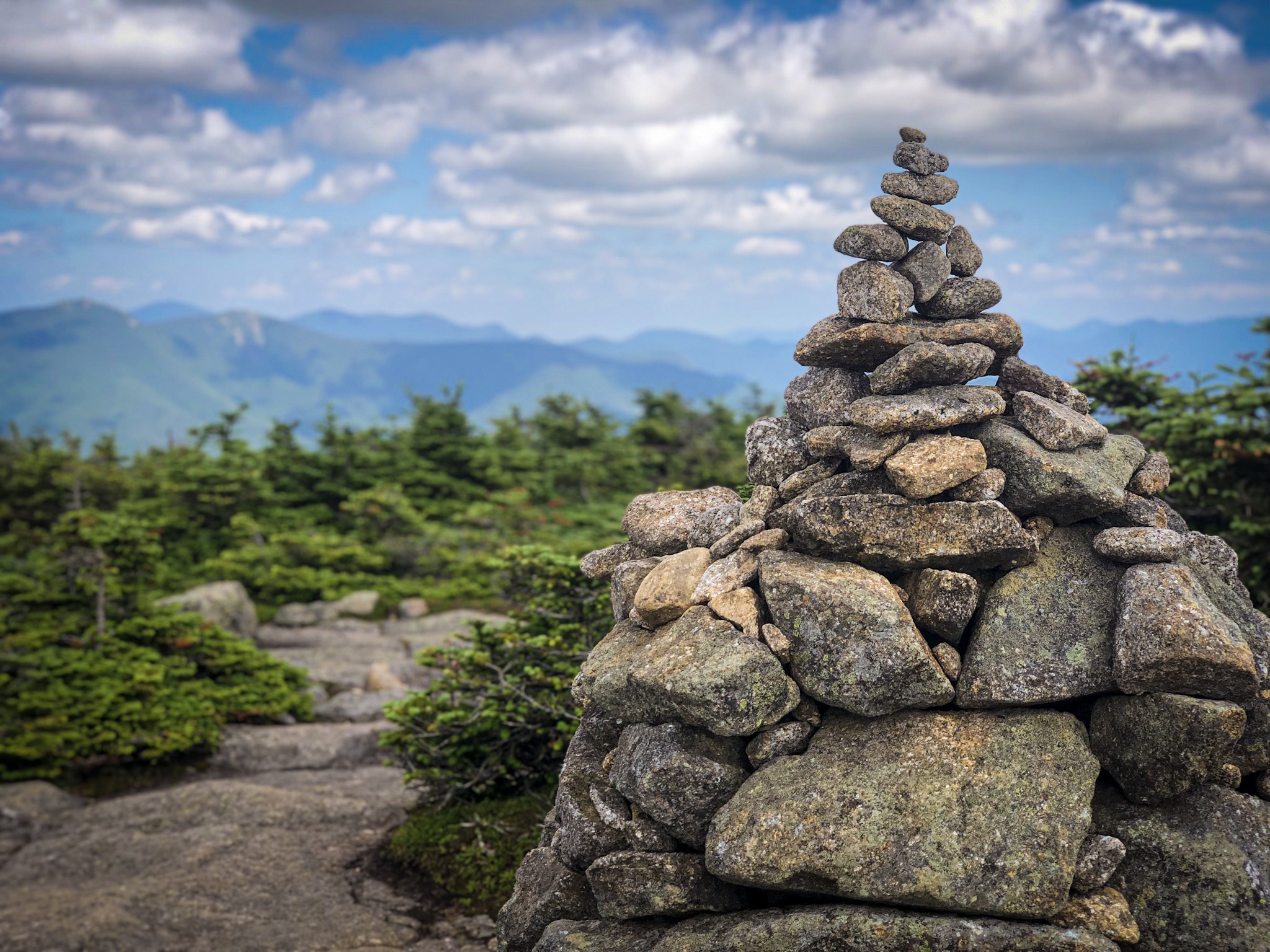 As far back as Virginia, I can remember hearing foreboding talk about the notoriously rugged and sometimes dangerous White Mountains.

As New Hampshire grew closer, the talk got more intense. Southbound thru-hikers warned me that “you haven’t seen mountains yet.” How they knew this after walking only 300 miles of the AT was unclear.

I started my journey into The Whites with a slippery ascent up Mt. Mossilake. The climb was steeper than anything I had done in a while, and set a precedent for things to come. 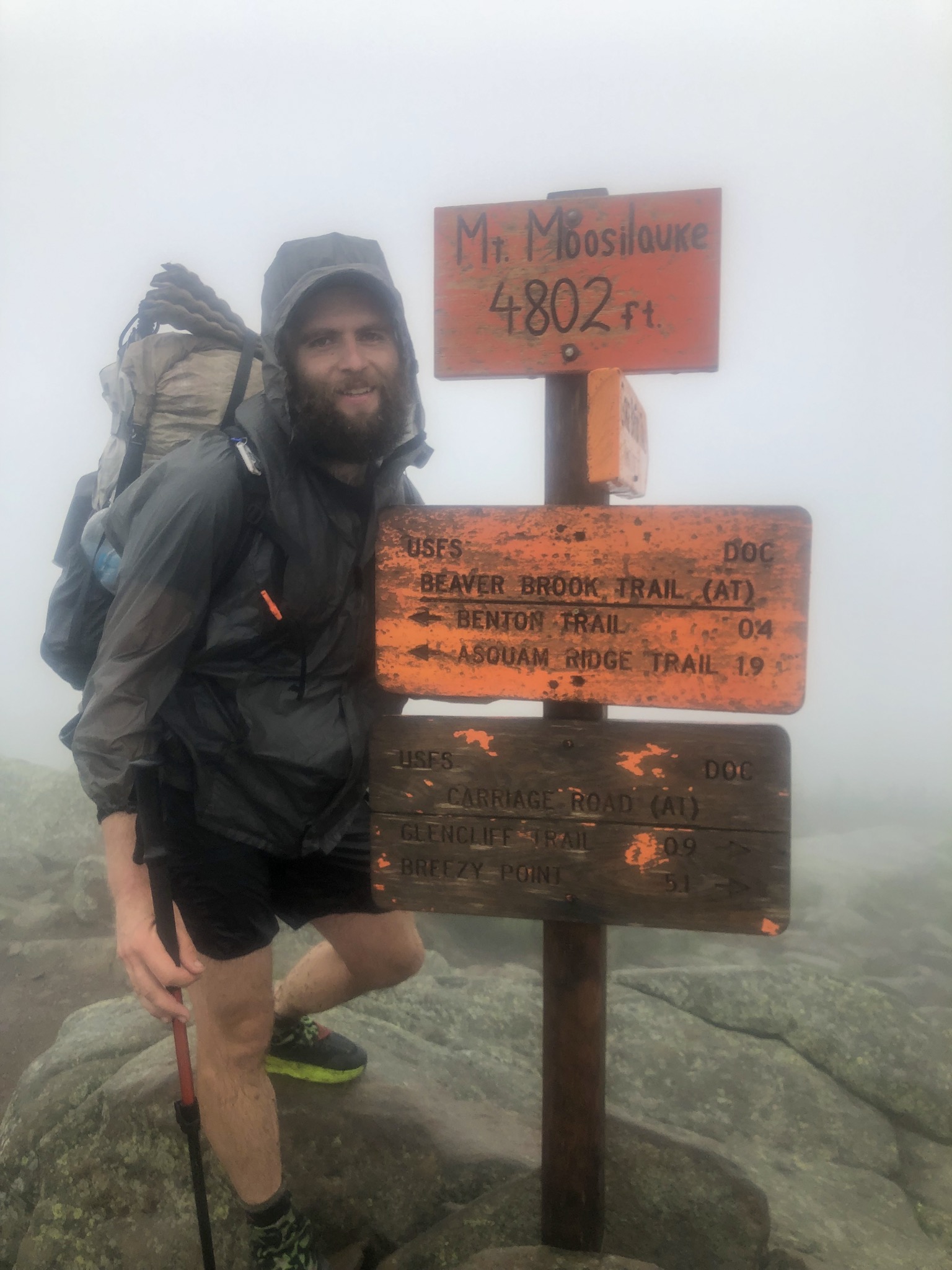 The descent down Moosilauke was by far more harrowing. I clung to rocks and rebar as I gingerly worked my way down the side of a gushing waterfall. It was only a mile section, but it felt like ten.

And so it went throughout the Whites. The climbs were steep and slow; the descents were just as dramatic and reeked havoc on my knees.

Once I got to a peak or ridge line, however, the scenery was unreal. Even when the weather wasn’t clear, the landscape was still beautiful. I crossed Franconia ridge in a cloud. Puffs of mist rose up against open rock faces as if steam escaping from a volcano. 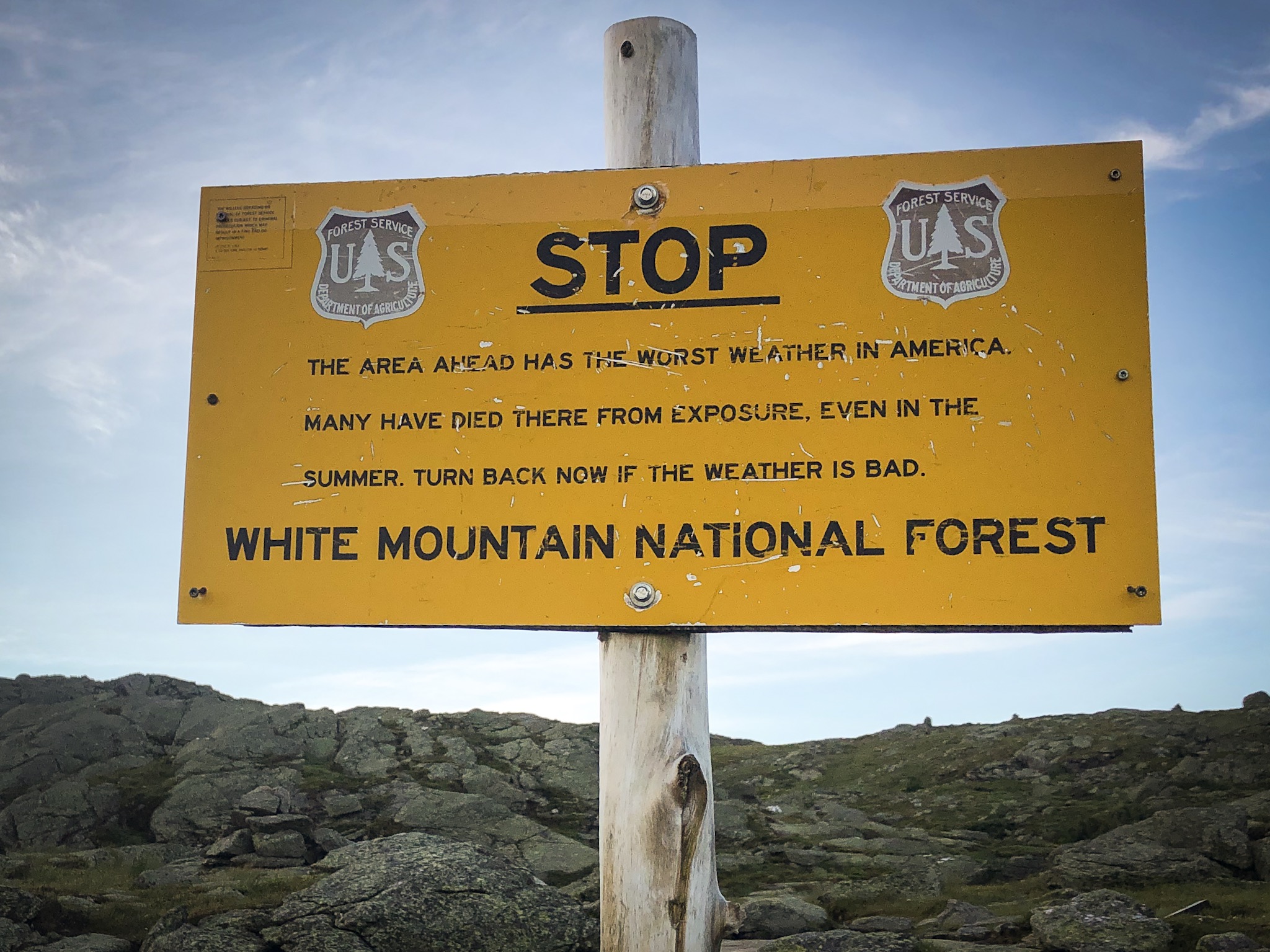 Mt. Washington made its massive presence known long before I was anywhere near it. For miles it loomed in the distance, its peak always enshrouded by clouds.

As the highest point in the Northeast, it is well known for its horrible weather and record breaking wind speeds.

I didn’t have high hopes for a sunny summit.

The day we started to make our approach, the weather seemed to be on point: rain, hail, and wind gusts between 40-50 miles an hour. Even though it was before noon, we decided to call it a day at Lake of the Clouds Hut. We would try our luck the next day. 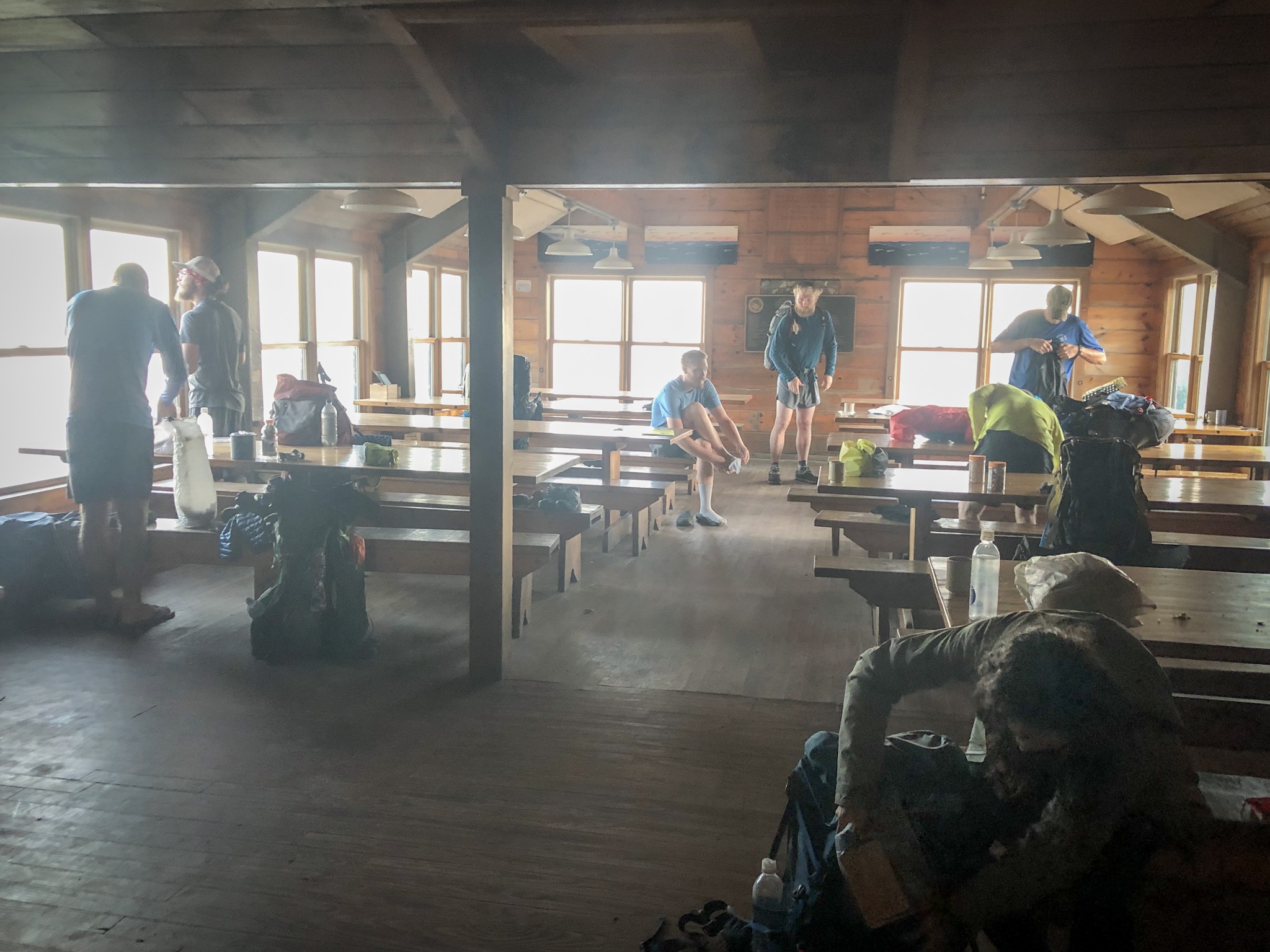 Contrary to my experience at some other huts up to that point, the “croo” at Lake of the Clouds was extremely accommodating to thru-hikers. They fed us leftovers and coffee all day, and allowed about a dozen of us to crash on the dinning room floor that night.

The next morning, I was stunned to wake up to a crystal clear view from the windows of the hut. 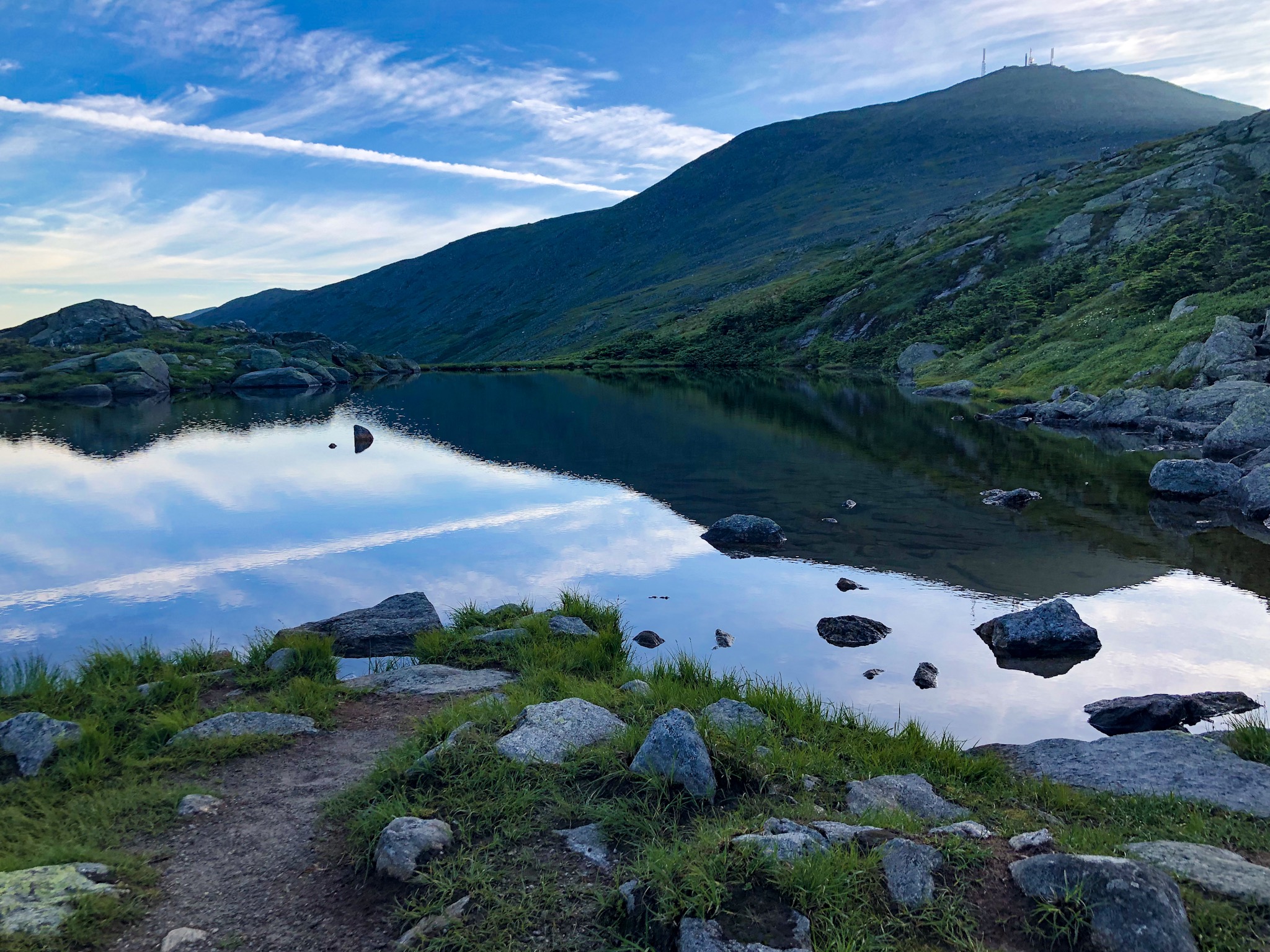 I scurried the 4.8 miles up to the summit. The tops Mt. Jefferson and Mt. Adams peaked through a sea of clouds looking like a fantastical island chain. 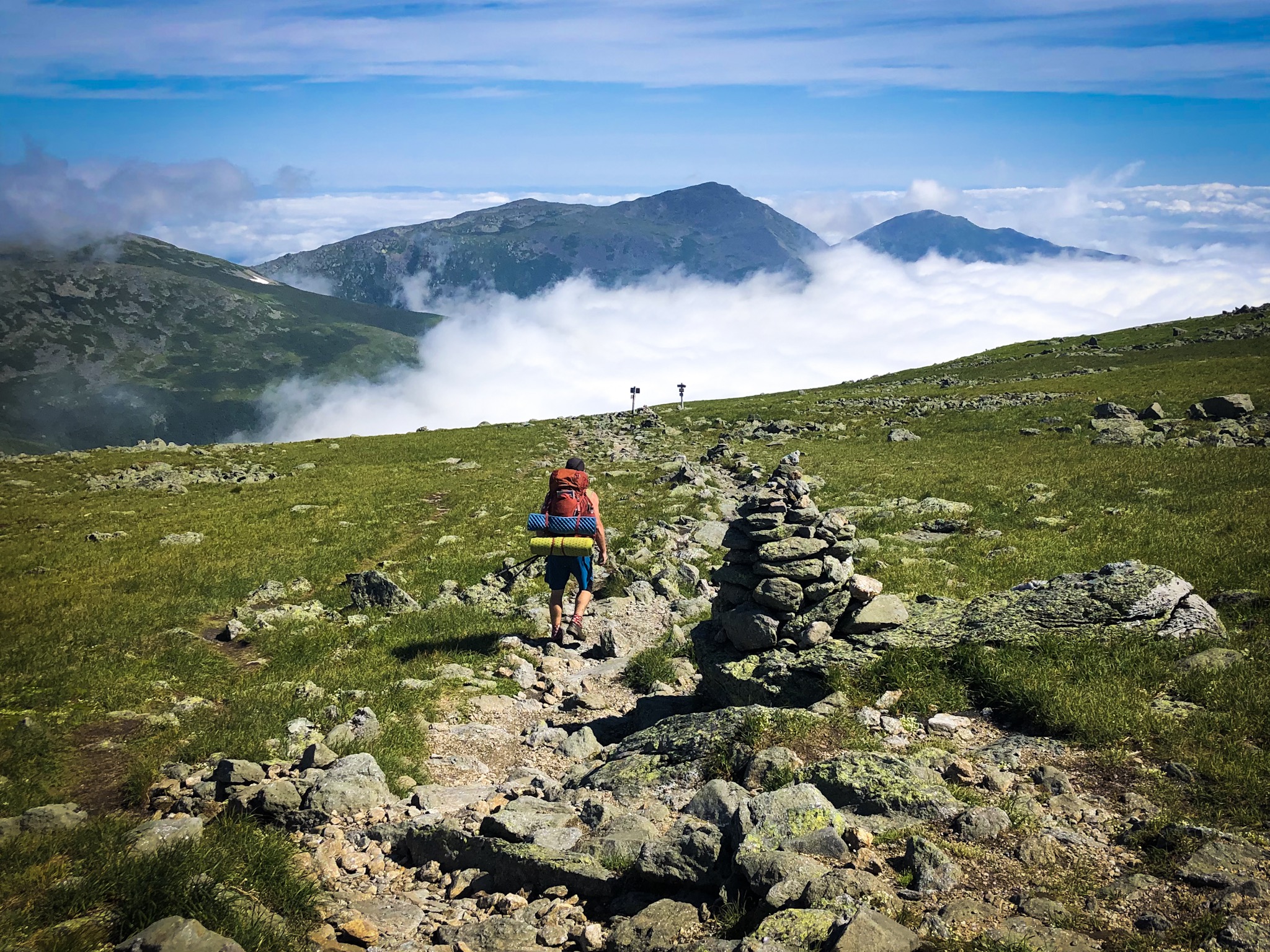 After the Presidentials, the climbs and views in the Whites continued.

A heatwave set in, which made the final push through The Wildcats particularly grueling. But, before I knew it, I was in the town of Gorham and officially through The Whites.

Onward and Upward to Maine 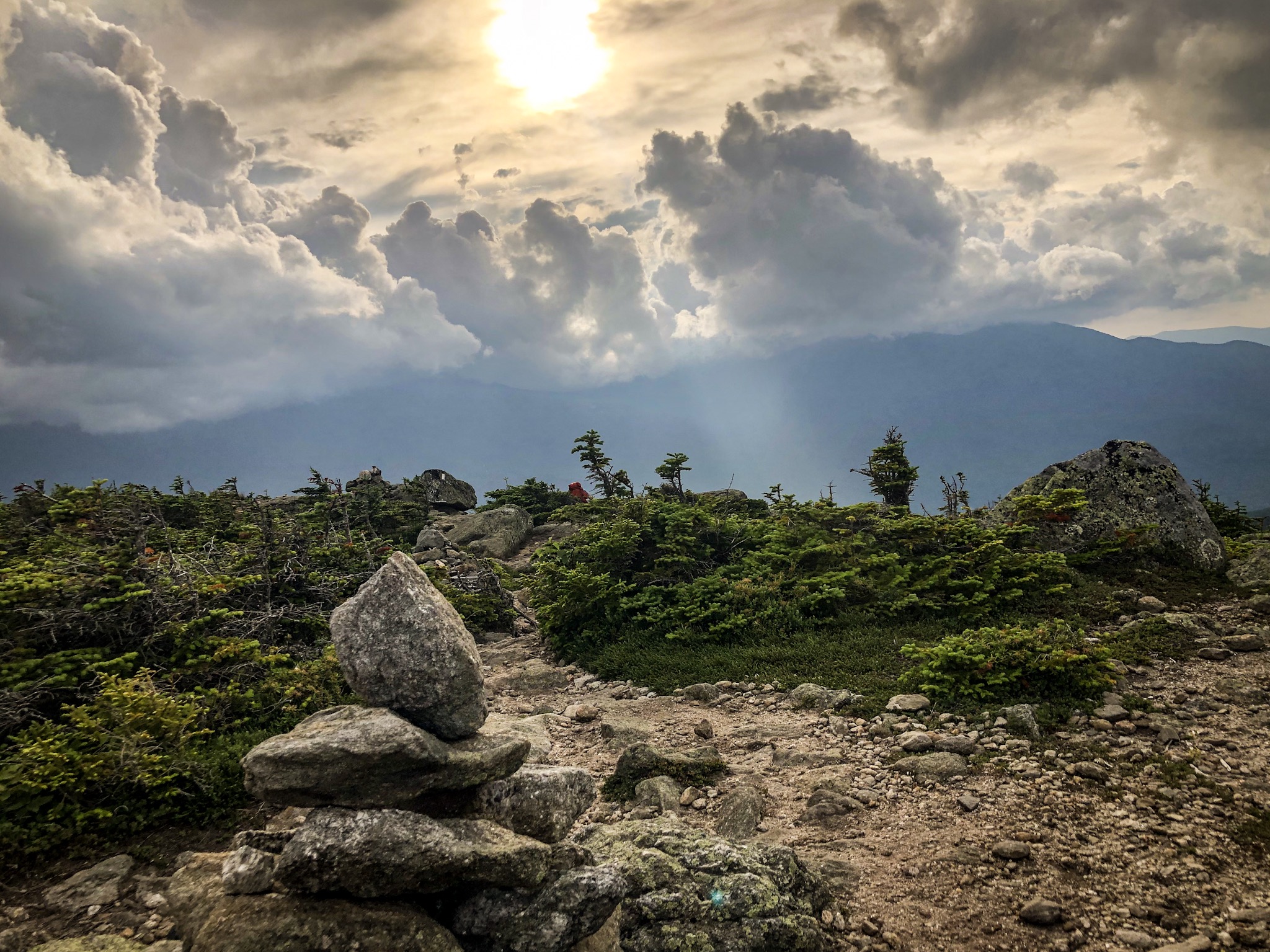 Mt. Sucess was the last hill I climbed in new Hamsphire. It was hard to believe, but the Maine border lied just a few miles to the north.

I looked back at Mt. Washington, still visible in the distance. As usual it’s peak was surrounded by clouds.

It seemed like a distant dream, but only a few days earlier I had been walking above them.