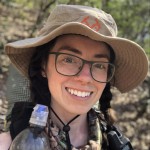 Pennies from Heaven: A Different Kind of Trail Magic

There’s a saying that “the trail provides,” and let me tell you, it does.

One night, my friend Low Gear broke his only carabiner. The next morning, I spotted a perfectly good one poking out of the dirt.

Then, my friend Red Panda mentioned wishing he had a pocket fishing pole, and one showed up in the very next hiker box he dug through.

Then: I took some bad internet advice and left my cookpot lid at home. (You won’t need it! some anonymous Reddit guy said. Y’all. Do you know how long it takes water to boil without a lid?!) One day, after weeks of painfully slow cooking, my friend Rocket ran up to me with – what else? – a pot lid! She’d been sitting on a log and just happened to see the glint of metal in the grass below.

I mean, what are the odds? 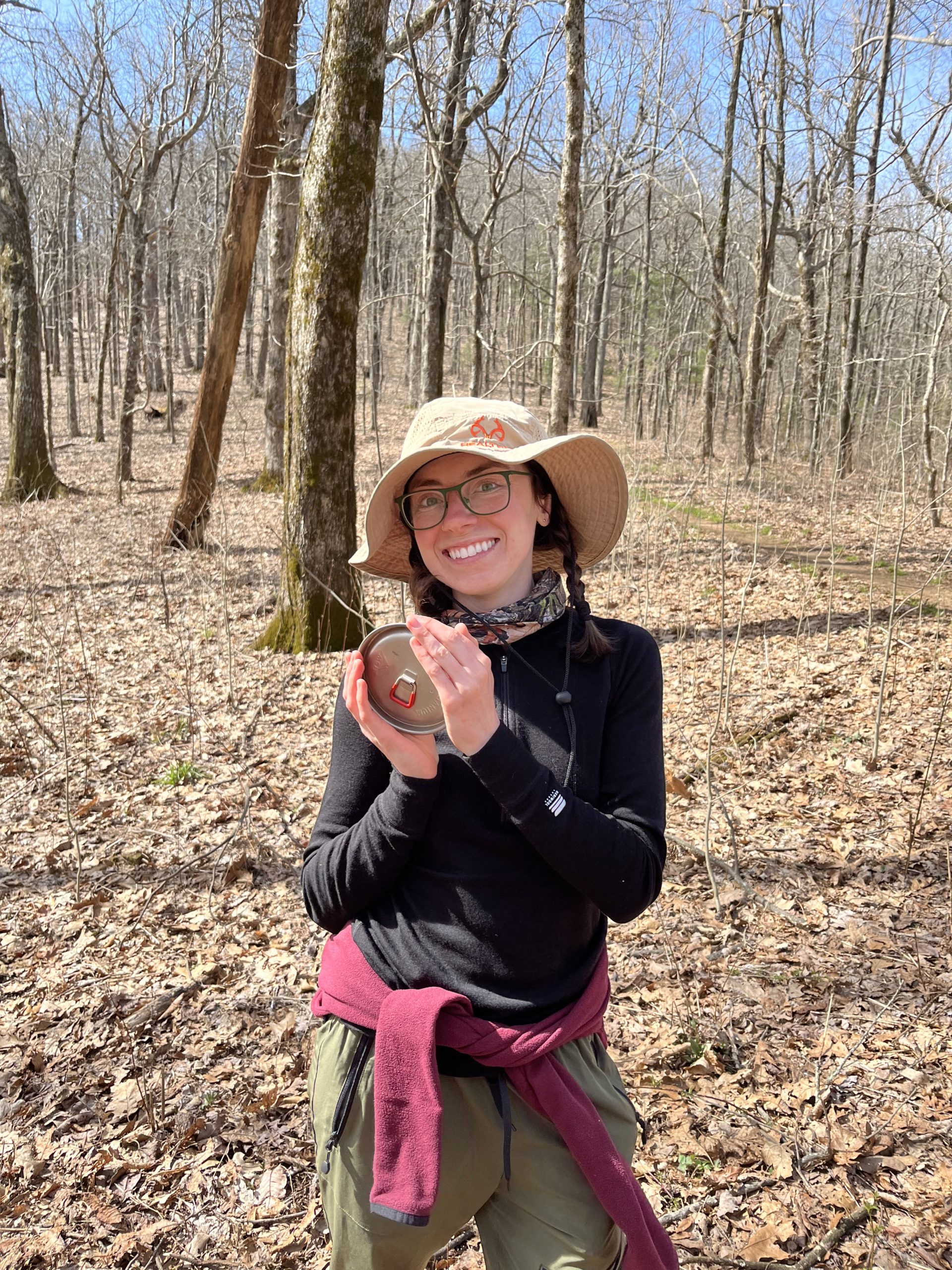 Maybe our eyes are tuned to seek out the things we need…or maybe something more divine is happening. When my dad died in November, I started seeing his name everywhere. I’d be driving down the road, walking through the grocery store, flipping through a magazine, whatever, and his name would suddenly, unexpectedly pop up in the form of graffiti or on someone’s name tag or just as printed ink on a page, the word popping out above all the rest. It demanded to be seen. It was like Dad saying I’m still with you. I’m still here.

Before my hike, I dreamed of Dad nearly every night, but I stopped dreaming completely as soon as I hit the trail. I fell asleep each night in a deep black fog of exhaustion and woke up each morning missing Dad’s dream presence. His name’s popped up a couple times – first on a broom handle at Rock Gap Shelter, then scratched into the metal on the Albert Mountain fire tower – but nothing like before. Those precious little instances of connection and remembrance made his loss more bearable. Without them, I started to feel the distance, like he was really, finally slipping out of my life.

I realize the permanence of his absence most at night. During the day, I’m too focused on counting miles, finding the next water source, and pushing up each endless hill. But in the dark quiet of my tent, the actuality of life beyond my immediate survival concerns settles on me like a boulder. When the nighttime wind blows through the trees, funneling down the ridges with a force and fury that sounds like waves crashing on rock, a pit rips open my chest and I fall headlong into my own darkness, suddenly and violently aware of all the morbid things I don’t allow myself to think during the day: Dad is dead, Dad is gone, Dad is out of existence, forever and ever and ever.

I know this is going to sound strange no matter how I explain it but hear me out. My third night on trail, I camped at Gooch Gap Shelter. Rocket and I walked to the spring together, and on our way back to our tents, we heard an owl. It took flight as soon as we spotted it. We walked back to search for it a little while later, and there it was, perched high in a branch with its back to us. It took a few minutes and a lot of commotion (i.e. poorly-executed imitation mouse noises), but the owl finally swiveled its head and looked down at us. As soon as it did….well, there was something strangely, inexplicably familiar in its gaze and presence.

Something that immediately made me think of Dad.

Right away, a memory. Last July, on a warm, humid night, I was sitting on the front porch of my parents’ house. Dad came out and joined me, and we sat together listening to the sleepy forest: the cooing birds, the rustling leaves, the chirping peepers in the creek. Suddenly, a loud hoot-hoot nearly startled us out of our rocking chairs. Now I’ve lived near these woods most of my life, and I can tell you that it’s a very occasional thing to hear an owl. Dad loved wild animals more than anyone I’ve ever known, especially ones you rarely see or hear, and all I remember is his excitement, his smile in the dark. “Wow,” he said every time the owl hooted. It was the purest, most appreciative awe. “You sure don’t hear that every day.”

Like I said, I can’t explain what I felt at Gooch Gap. I’m reminded of Cheryl Strayed’s fox encounter on the PCT, how she suddenly and inexplicably sensed her dead mother in a wild fox. The owl gave me that same sensation, as if Dad was right there watching me, or watching out for me. It just seemed like him.

This is even less explicable, but I swear it’s true: I’ve heard an owl almost every single night – literally, all but two or three times – since Gooch Gap. Usually it’s around twilight, Dad’s favorite time of day, right as I’m crawling into my sleeping bag, like he’s wishing me goodnight. Maybe that’s silly to think. The idea comforts me, though, and the sound is so predictable that I can’t just chalk it up to coincidence. Even my tramily is convinced it’s supernatural. As soon as we hear a hoot in the woods, someone turns to me and says, “Listen! There’s your dad!”

When I was younger, I heard someone say that “life is an accumulation of losses.” This phrase been stuck in my head since, and I guess I’ve always passively accepted it as true, especially in the months after Dad died. But isn’t that an awfully negative, naive philosophy, to count as gain only what life takes from you? To imagine yourself hurtling toward this great black pit of total loss and emptiness with absolutely no positive return along the way?

As much as my writing and hiking focuses on loss, and as much time as I spend thinking about the things that have been taken from me and the things I’ve given up to be out on the trail, I’m overwhelmed again and again – seriously, every single day – by what this experience has provided me: the little just-in-time necessities (thank you, pot lid gods!); the assuring of Dad’s presence; and the most thoughtful, generous, insightful people I’ve ever known and could hope to share each instance of magic with. Maybe it’s just the fact of living out of a backpack, possessions stripped down to the bare essentials, but each tiny gift, tangible or spiritual, feels so divine that I can’t help but meditate on its existence – how it came to me the very moment it did.

Because out here, it seems like whatever I need is given right on time, every time. It appears without my asking and sometimes, like the owl, without even realizing it’s what I need.

I think the trail knows better than me.

Or maybe my owl does.

Because Dad was right: an owl is something you don’t hear every day…

Hey y’all! I’m Emilee, an Appalachian Trail thru-hiker and sometimes writer. I grew up in southwest Virginia and will always be most at home in the mountains. Follow my hike on Instagram @emileehackney