Pinhole magic on the trail

I carry two cameras on the trail, the Argus C3 and the Ondu 135 pinhole.

I’ve already talked about the Argus and shown you what it can do.

So what’s with this other magical little box? Why would I want to add such a thing to my already too-heavy pack?

What is a pinhole camera?

Pinhole cameras don’t have lenses, that bit of glass in front that lets you focus in and get those nice, sharp images. Pinhole cameras, as the name suggests, have only a tiny hole on the front end to let in the light. If you make one yourself, the hole is likely to be a literal pinhole in some suitable soft metal. My home-modified pinhole has a piece of a Genesee Beer can (making it a truly Rochester camera). Most modern commercial builds, like my Ondu 135, have wonderfully precise laser-drilled holes. Is one better than the other? It depends on what you are looking for. The Ondu cameras have much less distortion, but my home-modified camera has distortions of a quite delightful nature.

Having a pinhole out front instead of a lens means…

Wikipedia tells me that Argus sold approximately 2 million copies C3 model during its 27-year production run. There are lots of them still and circulation and available inexpensively on eBay and the like. I had five C3 camera bodies at last check. One of them had a completely jammed lens. I decided to put the body to good use by converting it to a pinhole. The lens was so badly jammed that I had to knock the glass out with a cold chisel. (Oh, did that hurt.) After that I could disassemble the lens and mount my beer-can pinhole in it. It took a couple tries, but I ended up with a quite usable camera. I took one of my favorite photographs ever I took with that camera back in 2016, holding again a power pole while on my two-mile noon walk. 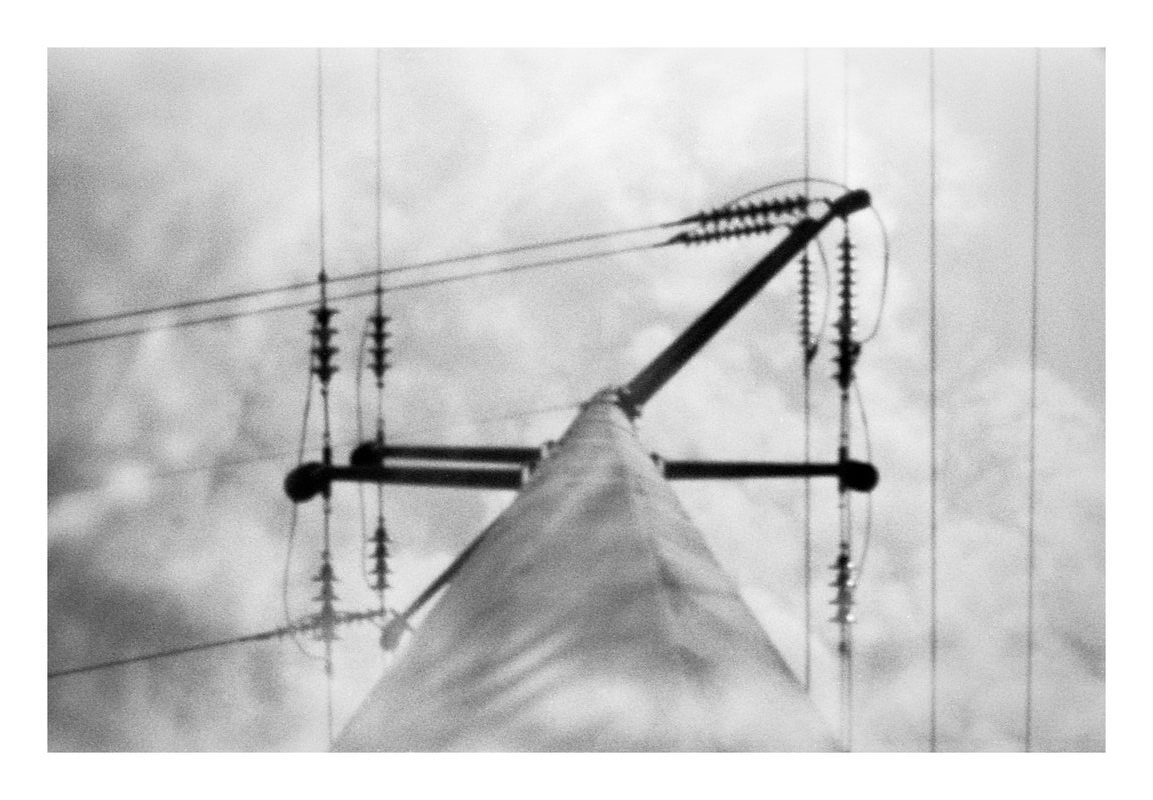 When I’m in the mood to shoot 120 film I use the Ondu 6×6 pinhole and my faithful Yashica-D Twins Lens Reflex (TLR). You will meet both eventually.

Lately I’ve been shooting 35 mm film with the Argus C3 and the Ondu 135, shown here on one of my recent Letchworth jaunts. 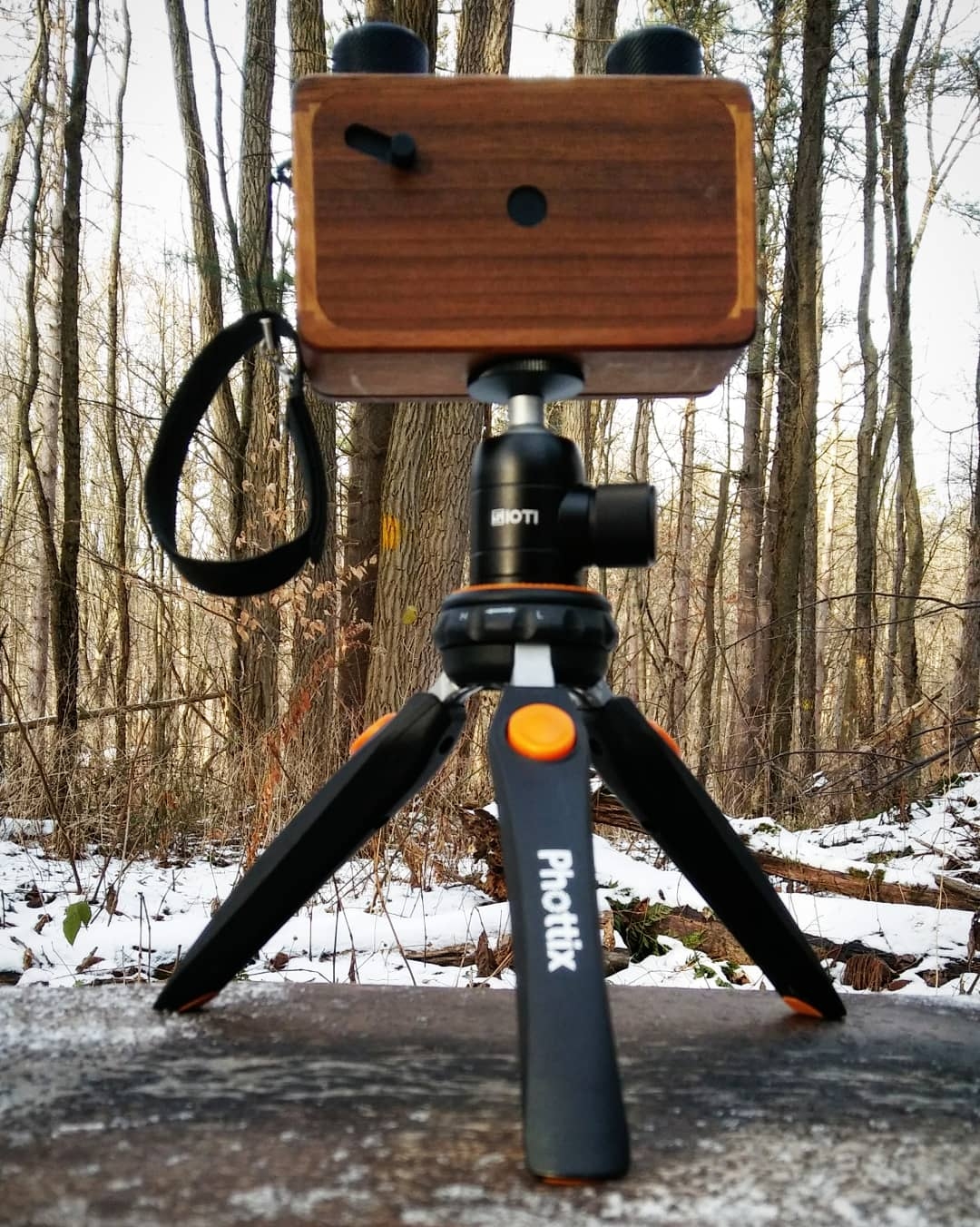 Show me the pictures!

My Instagram followers have seen many of my pinhole photos, both on the trail and having a post-trail brew. Sometimes I even include the sprocket holes. I took this one by the Genesee River bank in Letchworth State Park a few weeks back. 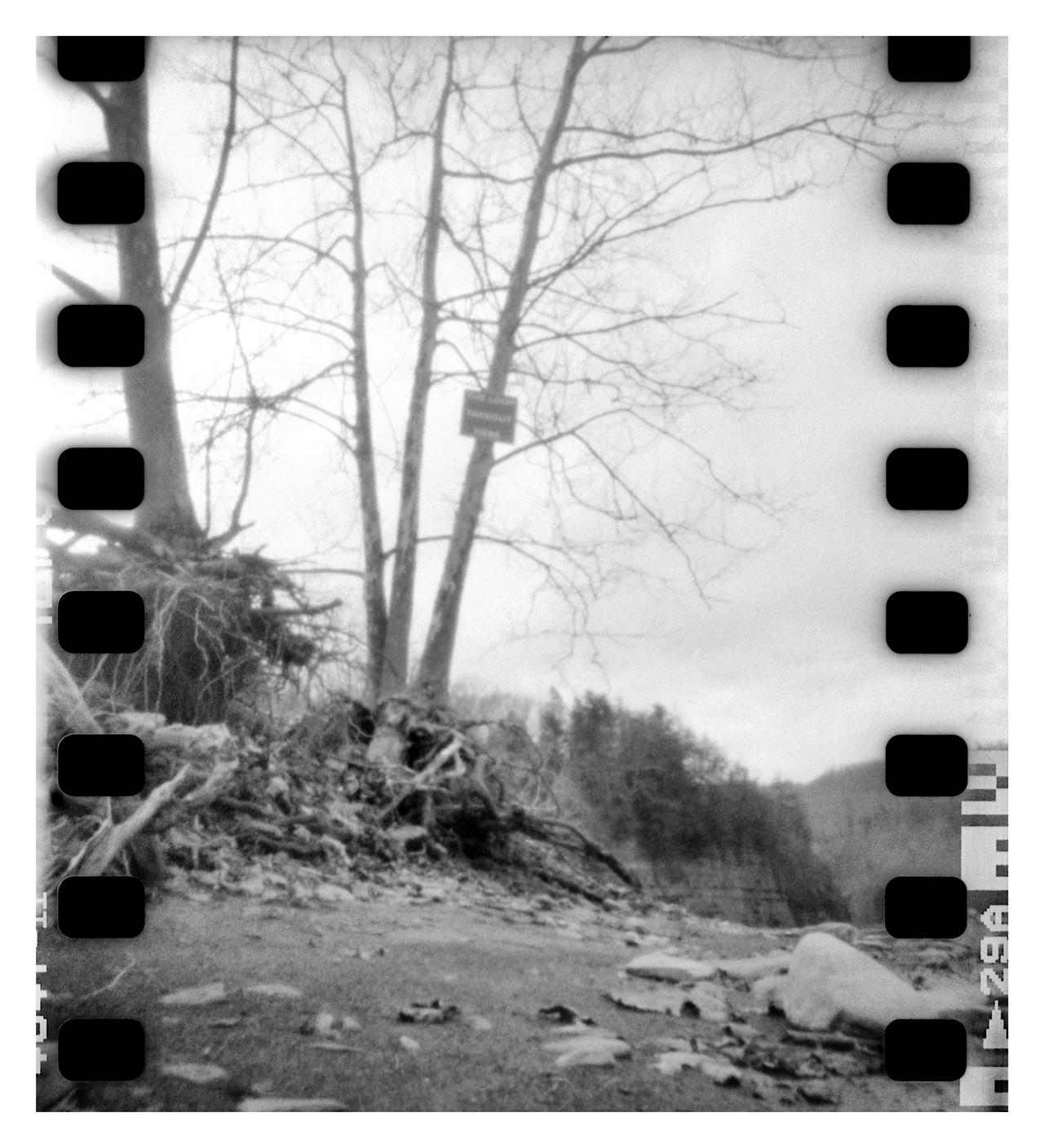 I took the following photographs on my along the Gibsonville trails at Letchworth that I wrote about two weeks ago.

For the photography geeks, I shot these on Kodak DXN 400 (black and white film designed for color processing) and cross-processed the film in D76 instead of sending them out to a lab. It was a less than wildly successful experiment. I edited the in negative scans the Gimp to tweak all possible contrast from the really awful negatives. I loaded my faithful Ilford HP5 Plus in the camera for the next round. 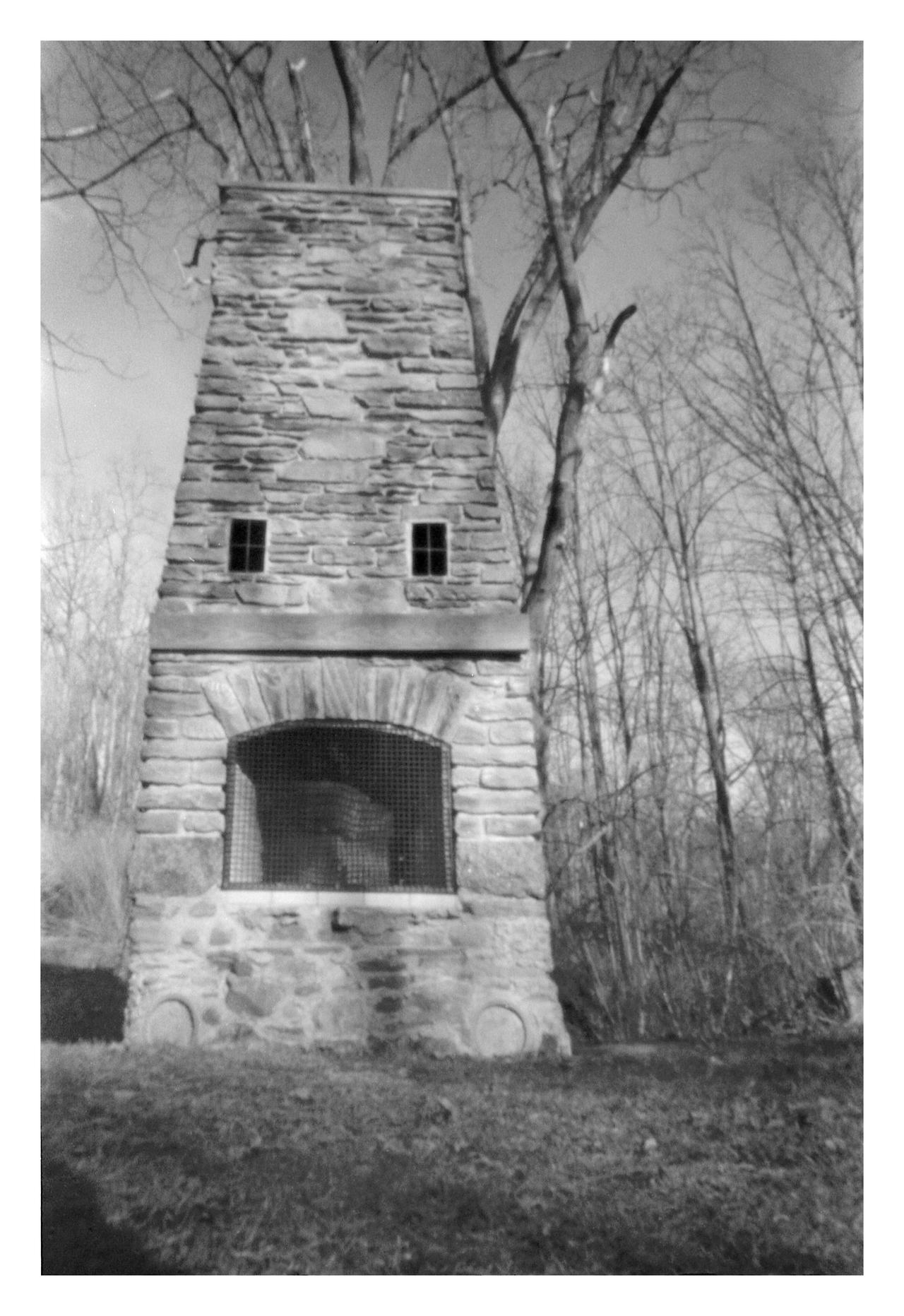 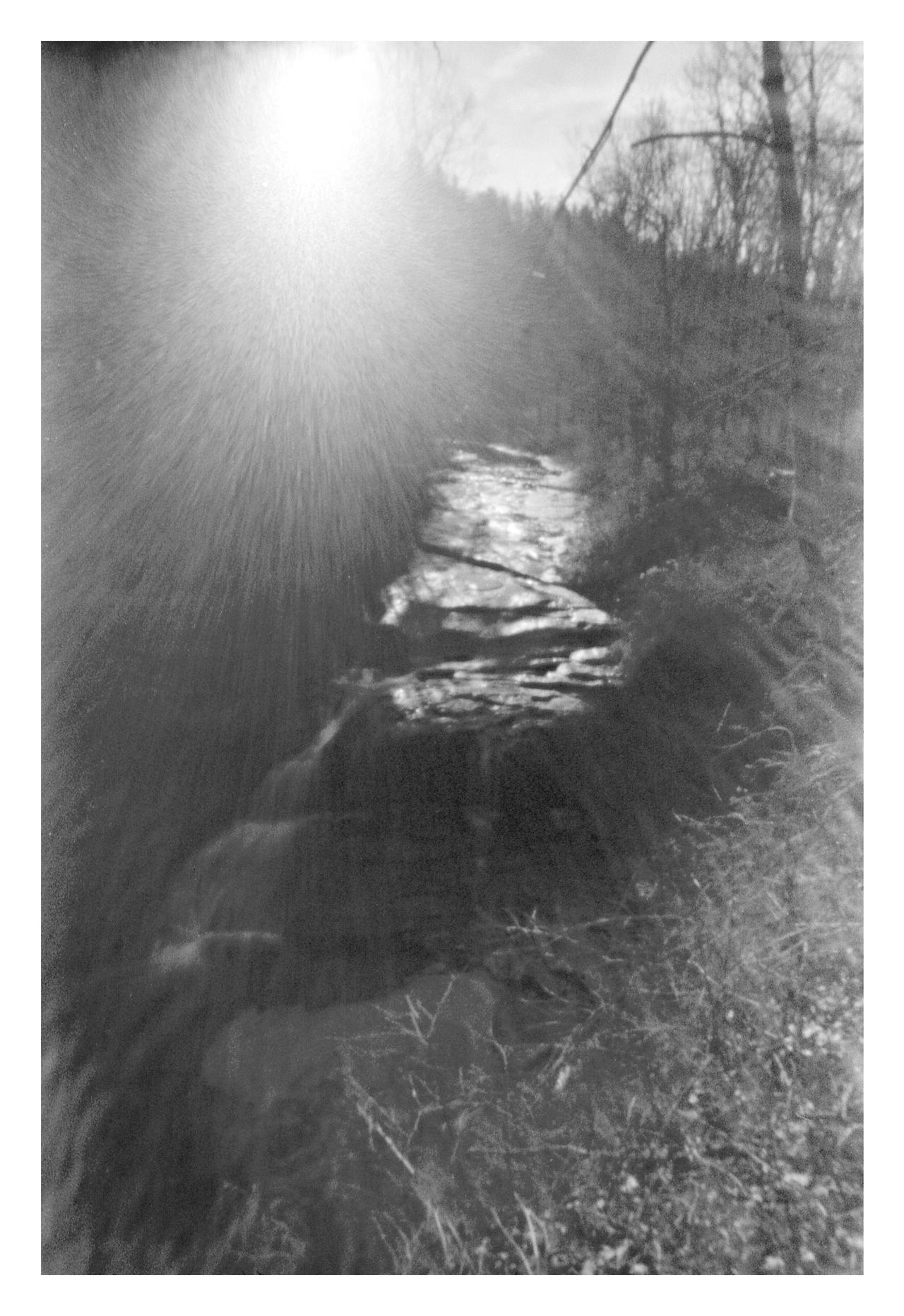 You get really interesting flares when you point a pinhole camera toward the sun. 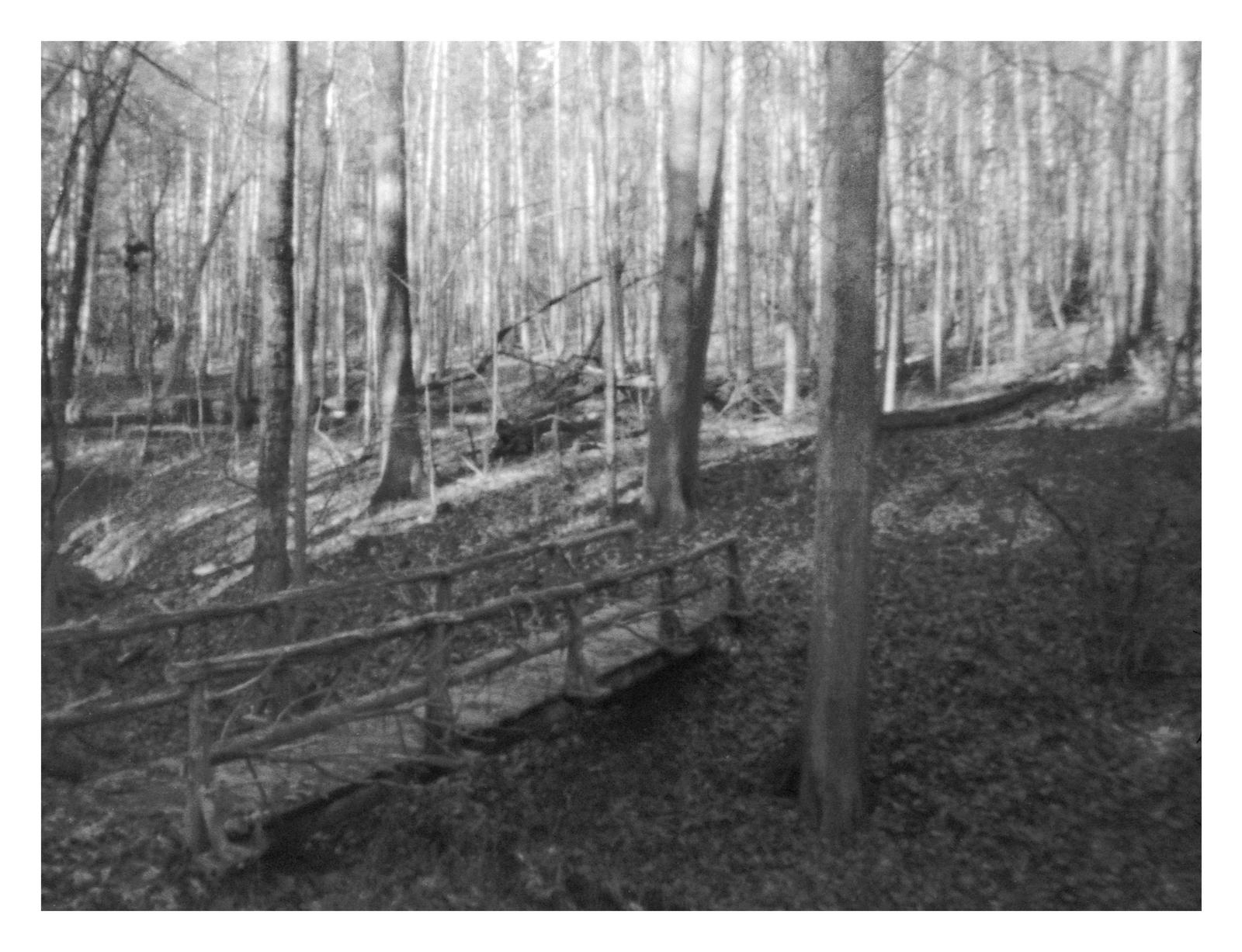 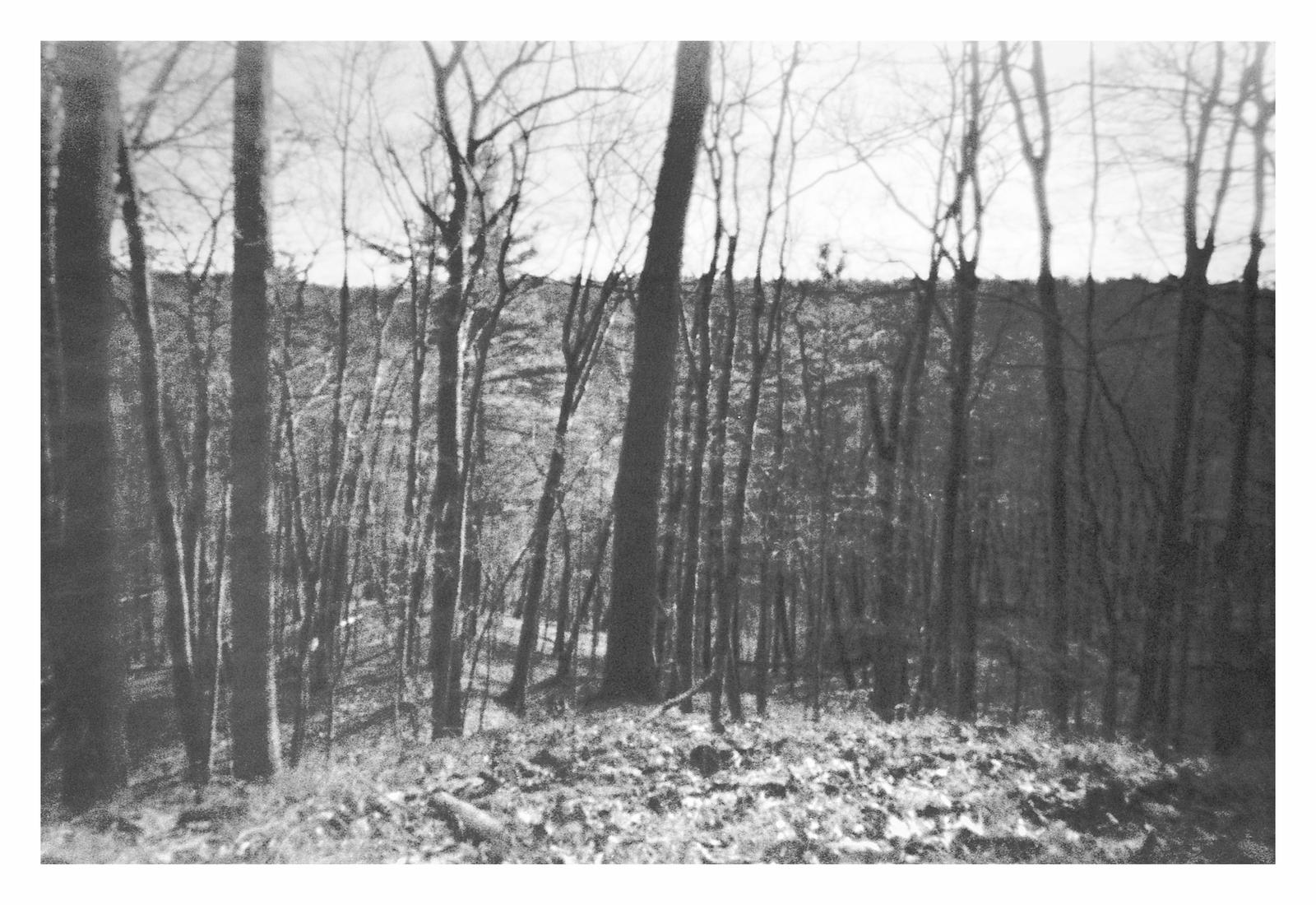 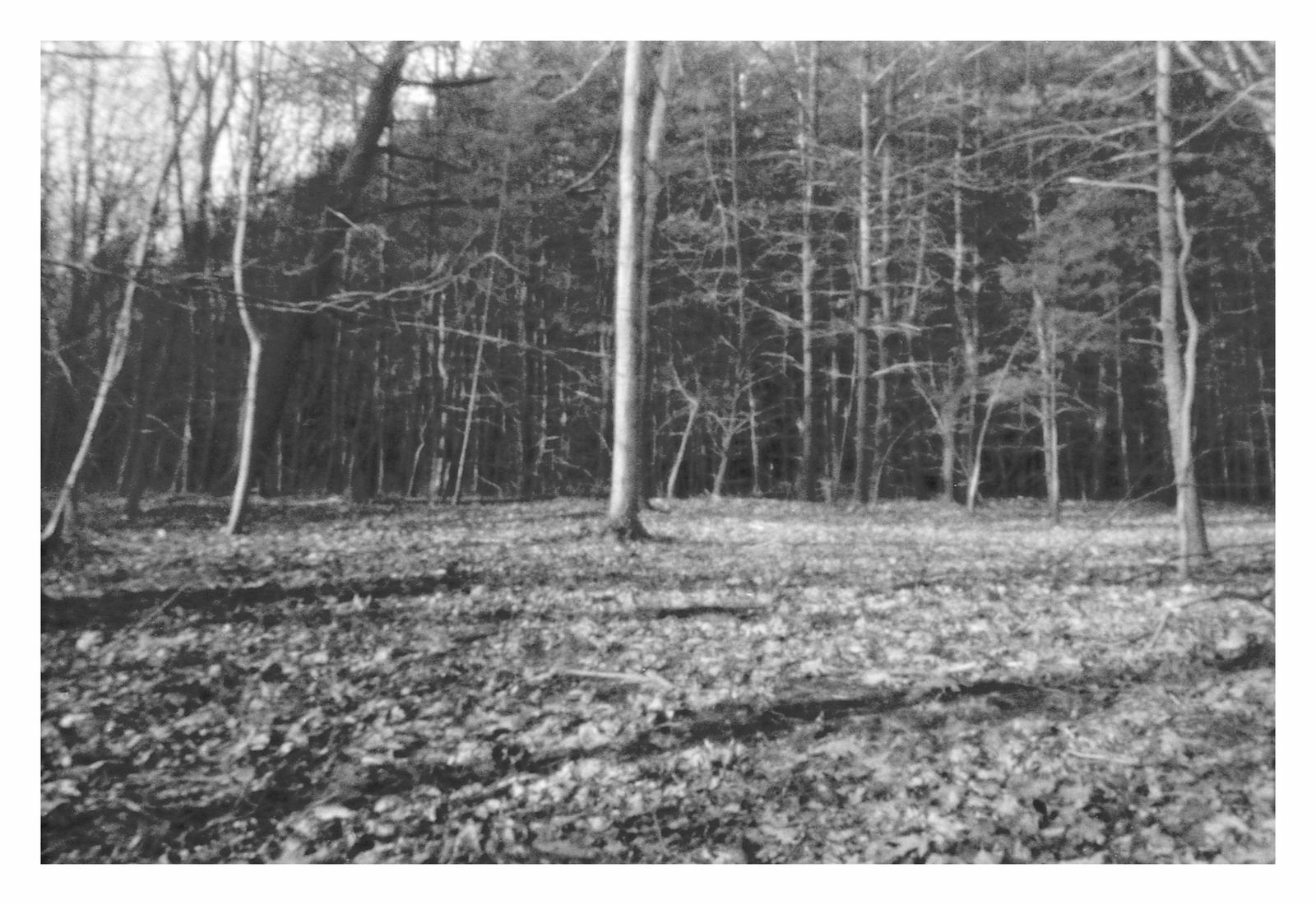