The following is a guest post by Brian “Slurpee” Garner.

I believe that the best way to share the story of a thru-hike is with poop. There’s lots of talk about white blazing or blue blazing, but I believe life on trail is all about the brown blazing. You want to talk about resupplies? I’d rather talk about desupplies. I thru-hiked the AT from February 25 to July 10 this year, logging 125 hiking days, 10 zero days, and most importantly, 195 poops. I logged these poops using the app Poop Map and noted the location, a rating out of five stars, the setting (e.g. privy or cathole), and a brief qualitative description. After thorough analysis, I’d like to present a scat-istical analysis of the life of a thru-pooper.

Some Notes on Methods 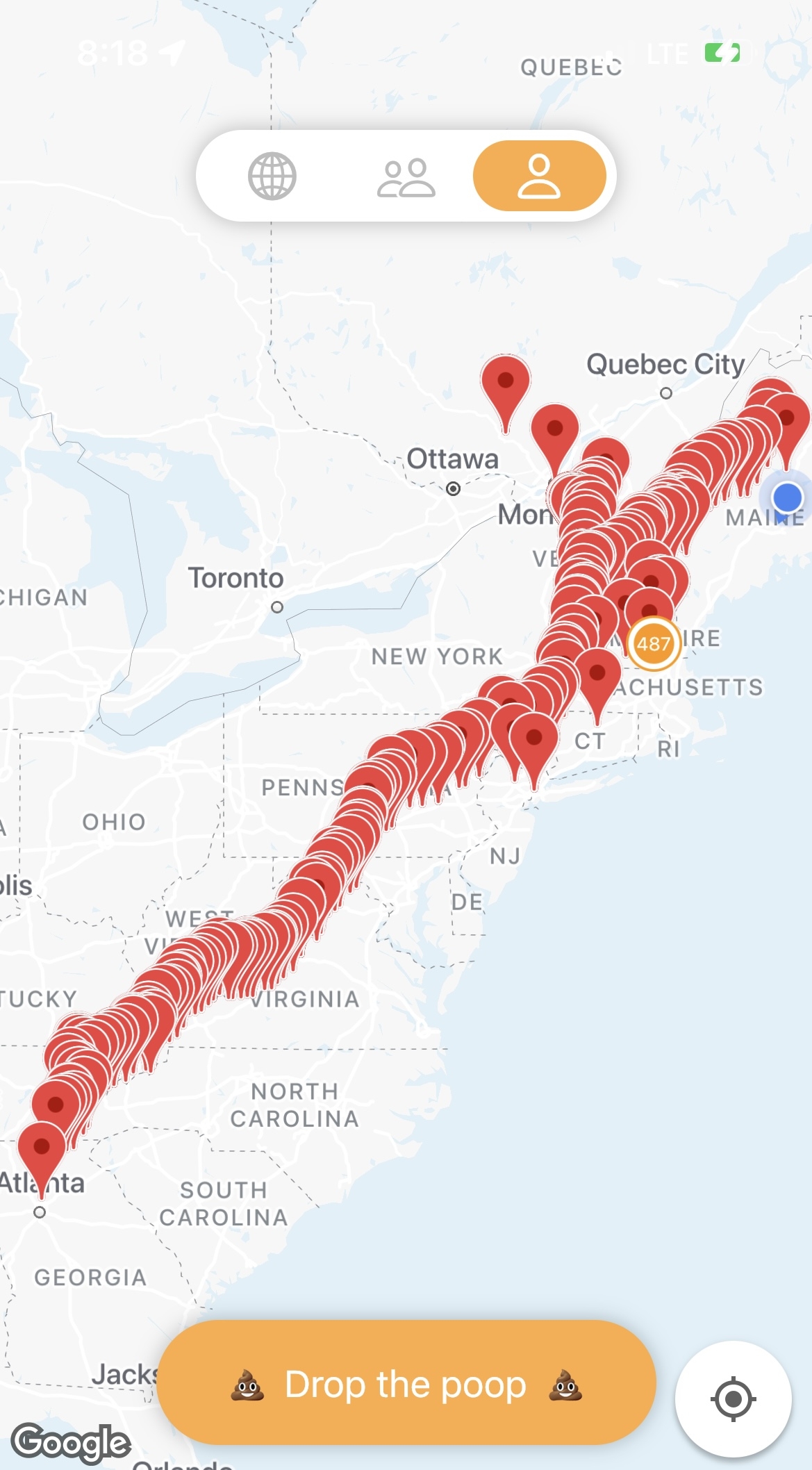 Here is a screenshot of my PoopMap app. Yes, it’s epic. Yes, I’ve been using and enjoying this app unironically for almost three years now so I do have some poops that are not from my thru hike. 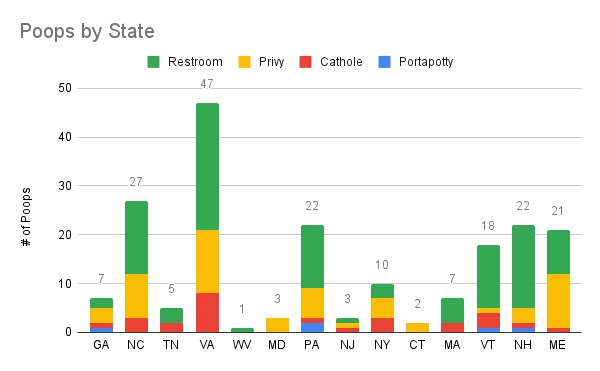 KABOOM with Virginia! At least 2/47 would not have happened without Fresh Grounds. Despite my best attempts, I failed the Massive Two Shits Challenge miserably (though I only pooped twice in the 100 mile wilderness, which is arguably cooler). 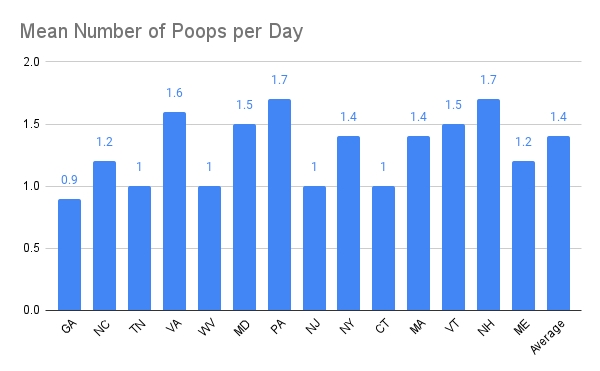 High mileage, frequent towns, and several zeroes are to blame for the high numbers in PA. Frequent huts leading to a higher availability of restrooms resulted in high numbers in NH. 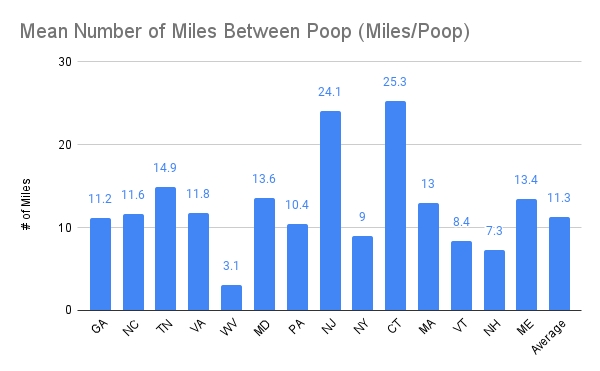 I was very inconsistent with my mileage and my poops. See Note #3. 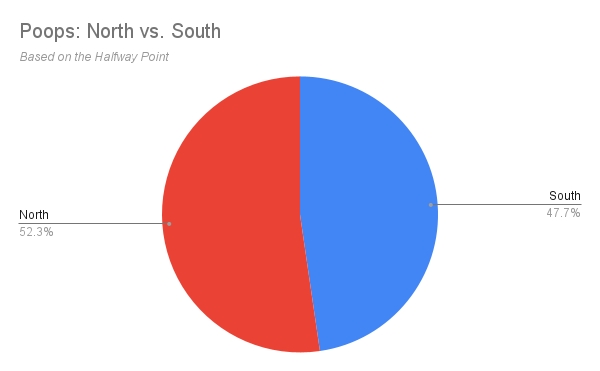 The north took longer, which also made it poopier. 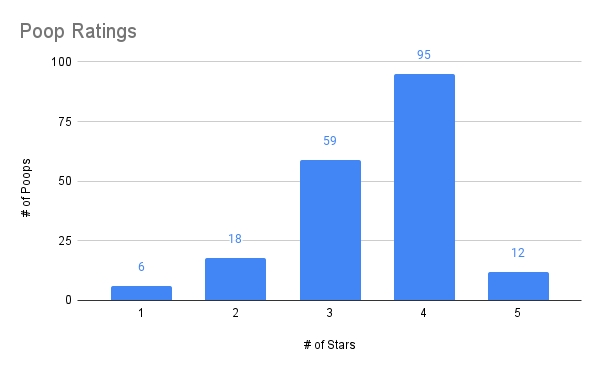 Most poops on trail are awesome experiences. That being said, a five or a one star poop are rare ratings due to my high standards for either. 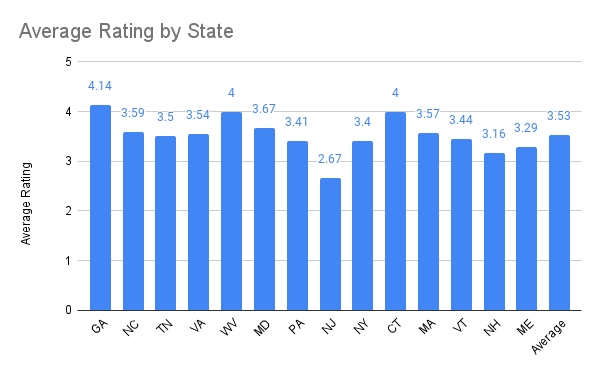 I believe that GA had such good poops because that was the honeymoon phase of shitting on trail. My diet was certainly the least bad and I was still not used to the purity of hiking poops. NJ was tough. That being said, a low sample size is likely to blame for its low average. In fact, NJ had the highest standard deviation for poop ratings (1.53). 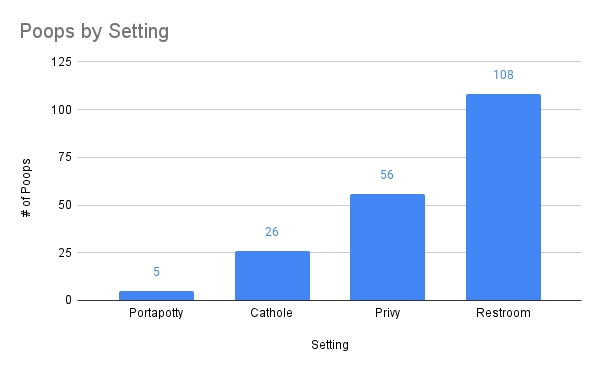 This is the most surprising data I formulated. Looking back on it, I’ve theorized several reasons why so many poops took place in restrooms. First, I went into just about every town. Most were short stops (in and out the same day), but I would enjoy a town poop every couple days. I also pooped more frequently in towns, and went out of my way to utilize restrooms. In fact, I pooped 12 times at the Yellow Deli (sorry!!!). 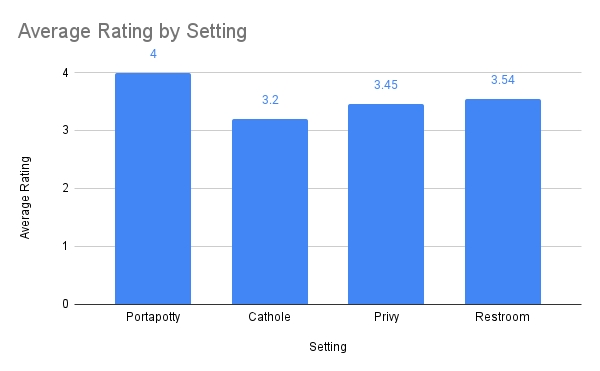 The high portapotty rating can be attributed to a low sample size (every one of the 5 poops were rated 4 stars). The ranking of the other three settings make sense: restrooms are better than privies which are better than catholes. However, the difference between these ratings is small due to the fact that setting is just a small part of a poop’s overall rating. 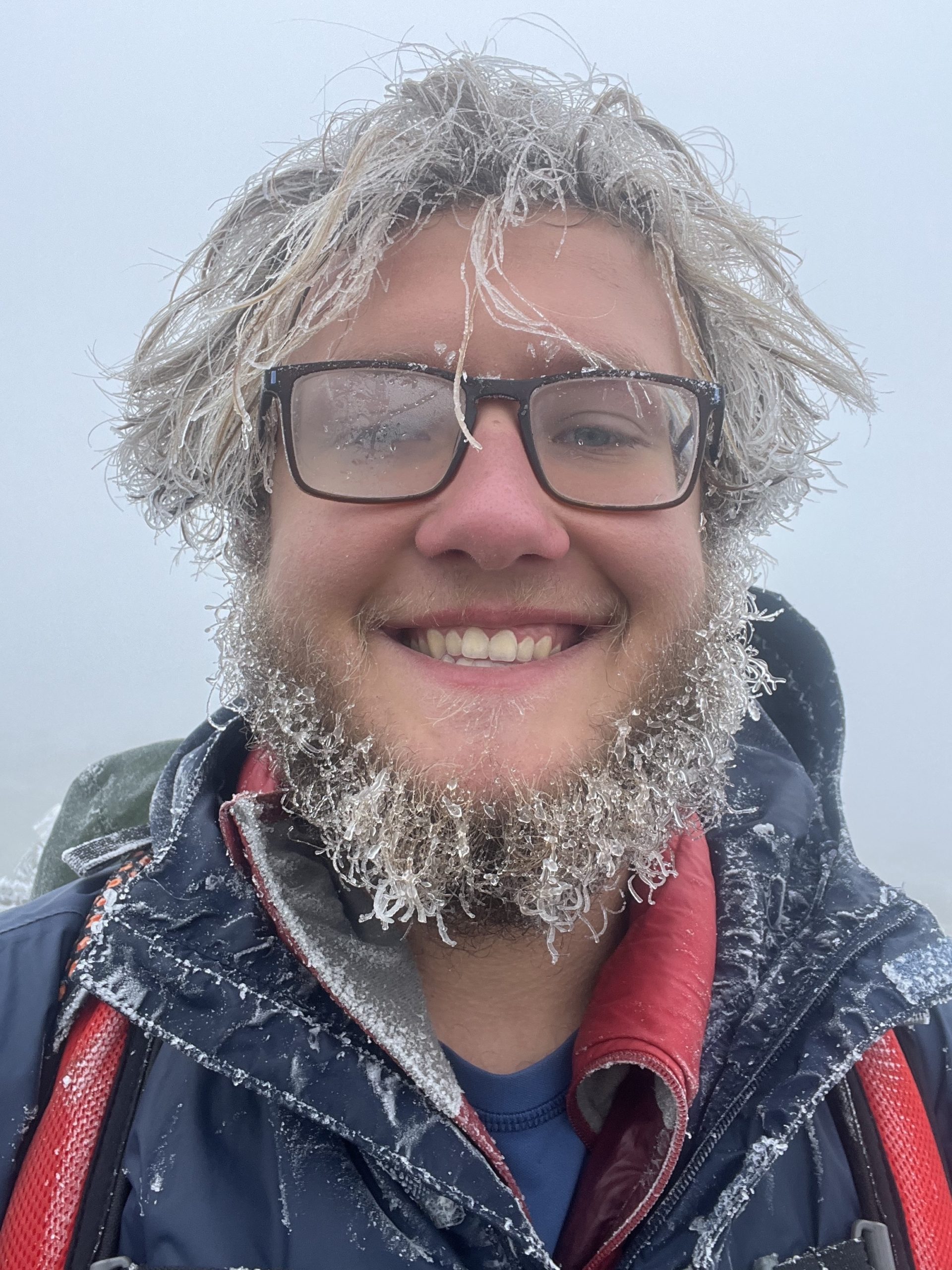 Hi, my name is Slurpee! After graduating high school in 2021, I hiked the Long Trail and decided I would never do another thru-hike. Exactly seven months later, I started the Appalachian Trail and completed it in July 2022. When I’m not hiking, I make sure to stay active by partaking in other sports such as eating, sleeping, and pooping.