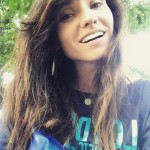 A Poorly Planned Pipeline Continues to Threaten the Appalachian Trail

You may have seen a pro-pipeline meme floating around the Internet that shows a map of the United States, crisscrossed with blue and red lines that depict the approximate 2.4 million miles of pipes that span the country. The caption proclaims, sarcastically, “So, which pipeline is going to ruin our drinking water and land?”

The image represents one of the more popular arguments used against those who speak out about the harmful impacts of pipelines, natural gas and otherwise. Unfortunately, it lumps all pipelines into a single category without considering the intricacies of individual projects. When you look closely at proposed projects like the Mountain Valley Pipeline (MVP)—a natural-gas pipeline 42 inches in diameter that would span 303 miles, through parts of West Virginia and Virginia and crossing the Appalachian Trail in Giles County—the black-and-white reasoning presented by the meme actually screams: We aren’t paying enough attention.

“We aren’t opposing just because we woke up and decided to,” said Andrew Downs, the Central and Southwest Virginia Regional Director of the Appalachian Trail Conservancy (ATC). “It’s because the level of impacts are egregious, and those impacts can be avoided.” 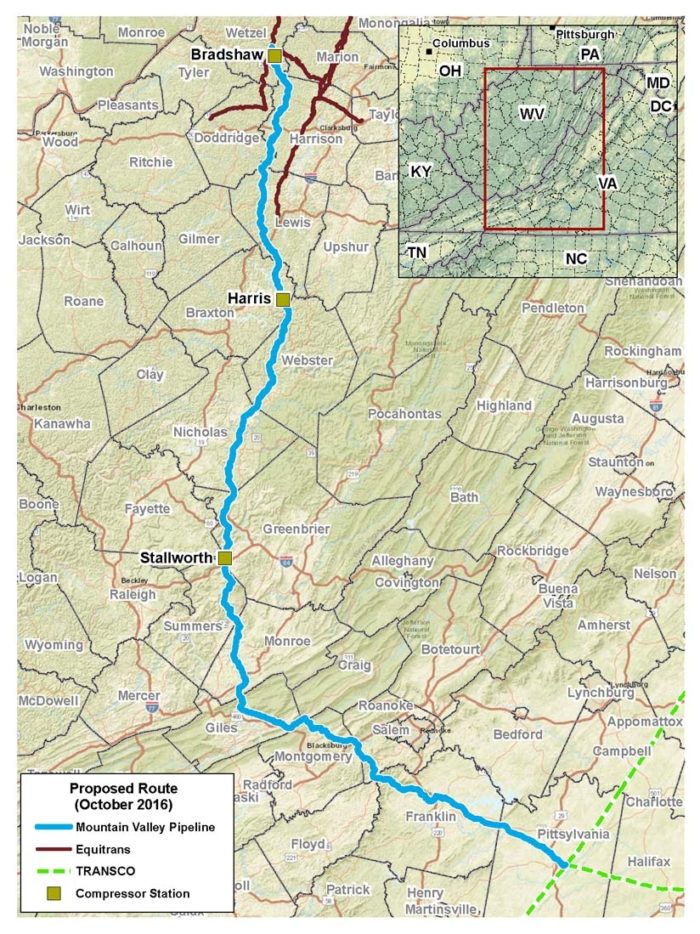 The proposed route of the Mountain Valley Pipeline | Photo from www.mountainvalleypipeline.info

The Pittsburgh-based EQT Corporation is the primary stakeholder in the MVP, which is estimated to cost $3.7 billion. The pipeline is designed to take advantage of the natural gas found in the Marcellus and Utica Shale Formation, which stretches across the Appalachian Mountains and includes parts of New York, Pennsylvania, Ohio, West Virginia, Virginia, and Kentucky. Beginning in Wetzel County, West Virginia, the pipeline will span a total of 17 counties before connecting with an existing line in Pittsylvania County, Virginia. Ninety of the 303 miles of the proposed route will be parallel to the AT. According to the ATC, major iconic viewpoints along the Trail—like Angels Rest, Kelly Knob, Rice Fields, and Dragons Tooth—will be affected due to the visibility of the pipeline corridor.

The MVP has made headlines since the project was announced in 2014, and it most recently came into the spotlight when the Federal Energy Regulatory Commission (FERC) approved the project on October 13 of this year. Although FERC is responsible for reviewing and approving (or rejecting) applications for the construction of natural gas pipelines, approval from other agencies—especially when it comes to pipeline safety—is still necessary before construction can actually begin. FERC approval does mean, however, that the MVP is one step closer to becoming a reality.

MVP proponents say the project will help satisfy natural gas demands in the area and will also have a positive economic impact. For example, the CEO of the Roanoke Regional Chamber of Commerce, Joyce Waugh, said in an Oct. 13 article in The Roanoke Times the MVP is key to bringing economic growth and vitality to the region. Yet opponents say any kind of positive economic benefit isn’t worth the lasting environmental damage the pipeline will create, including potential effects to the Appalachian Trail.

Diana Christopulos is president of the Roanoke Appalachian Trail Club (RATC), which maintains approximately 120 miles of the AT in central and southwest Virginia. She has rallied RATC members alongside other environmental organizations, landowners who will be impacted by MVP construction, and other members of the Trail community who have been outspoken about the pipeline.

“It’s not partisan here,” she said. “The issue isn’t that there is a pipeline, it’s the route.”

Christopulos explained the proposed pipeline crossing over the A.T. is on Peters Mountain, which is in the middle of a what she calls the “very active” Giles County Seismic Zone. A 3.7-magnitude earthquake happened this year on September 13, and the epicenter was 1.5 miles from the proposed MVP route. A 3.7 registers as a minor quake according to the U.S. Geological Survey, but it is worth noting it was the largest earthquake in the area since the late 1960s. It was also the second one to occur in the Giles County Seismic Zone this year—another quake of a 2.8 magnitude occurred near Narrows, Virginia in May. “Forty-two inches of pipe full of explosive material and a seismic zone don’t mix,” Christopulos said.

Christopulos also explained the pipeline route on Peters Mountain is located between two zones that the U.S. Forest Service has identified as “High Hazard,” meaning not only are they susceptible to seismic activity, but they also are prone to landslides due to the steep slopes of the mountainside.

Currently, there are 58 pipelines that cross the AT, and the ATC readily admits more pipeline proposals are in the works. This is a concern the organization had to be prepared for, which is why a pipeline crossing policy was adopted in 2015. The policy is worth checking out if you’re interested in understanding just how comprehensive and coordinated Trail management efforts really are. It also clearly illustrates the organization puts careful thought into whether or not it will oppose or support a project. 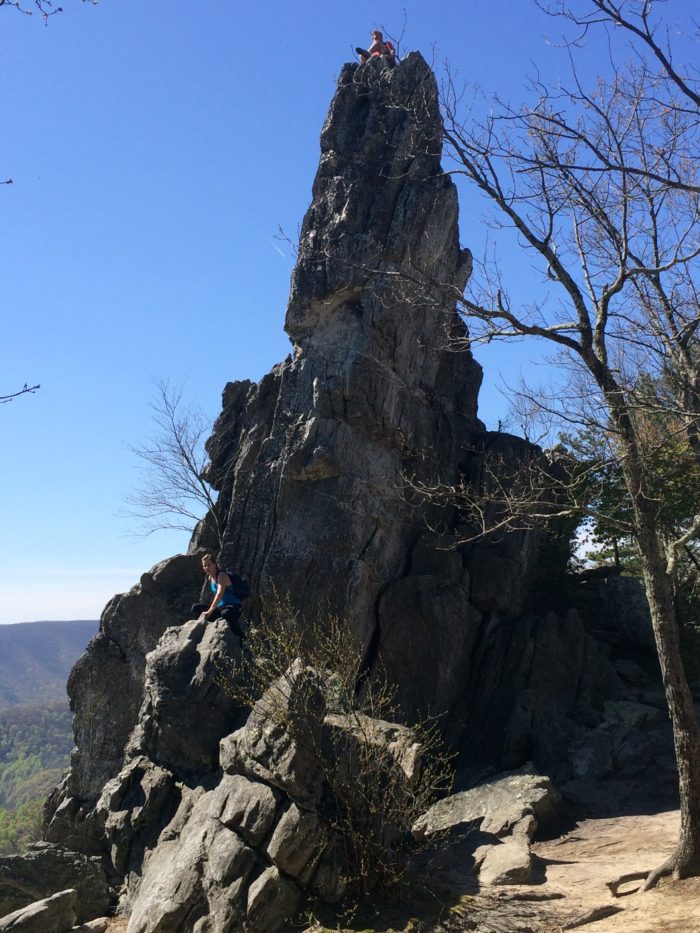 Dragon’s Tooth, an iconic feature near the proposed route for the MVP

If the MVP becomes number 59, the ATC believes the pipeline’s impacts will be unprecedented. Not only will the project adversely affect several of the Trail’s iconic viewpoints, but the proposed route will undermine the Forest Service’s Land and Resource Management Plan for Jefferson National Forest, which the A.T. traverses. The plan would be amended to allow for a right-of-way for the MVP project, prioritizing a pipeline over the protection of public lands.

Some of the impacts of the MVP can be attributed, in part, to poor planning. Downs said that despite attempts to work with MVP officials, after an initial visit to the area of the Trail that the pipeline would impact, they were unwilling to continue to engage with the ATC. The unwillingness to continue that dialogue resulted in there being serious flaws when it came to the MVP’s Draft Environmental Impact Statement (DEIS), which was released to the public in September 2016. Pipeline projects are required to have a DEIS so the public can learn of potential impacts. Yet soon after the MVP’s statement was released, the ATC realized pipeline officials had used the wrong maps of the Trail in its analysis.

“It wasn’t just the pipeline crossing,” Downs said. “It was the AT itself, how the Trail continued over the mountains, and how the pipeline corridor would look from different viewpoints. The public never received a document that listed the impacts the MVP would have on the Trail using the right maps.” 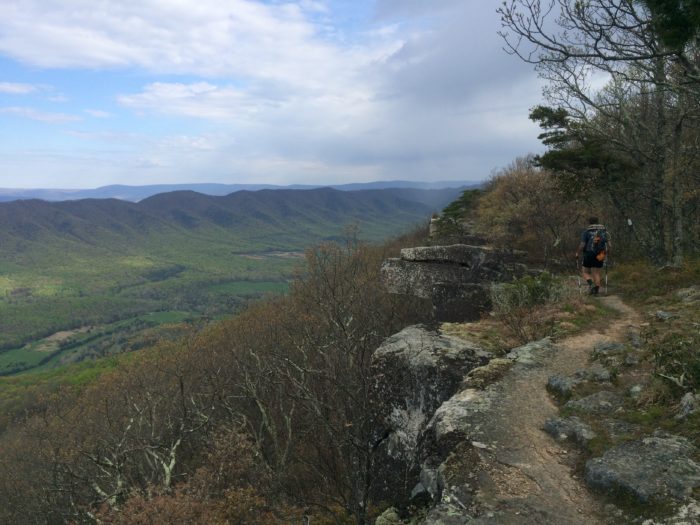 A segment in the MVP Project Newsletter from December 2016 states, “… often utilize natural gas every day without realizing it! The average routine for most Americans often begins and ends with a petroleum-based product—from the ringing alarm clock and brewing coffeepot, to the daily commute and handy smart phone, and finally, ending the day with toothbrushes and facial cleanser—natural gas plays a role in the manufacturing of all.” Those words remind the public, even if they oppose the pipeline, that they cannot escape the need for natural gas. Yet the MVP isn’t just another pipeline to cross the A.T.—or, really, any other area in the United States. A demand for natural gas should not equal a necessity to take action so quickly that the result becomes detrimental to citizens and our public lands.

Although FERC approval does represent a preliminary green light, the U.S. Army Corps of Engineers and the Virginia and West Virginia Departments of Environmental Quality will have to give approval to the project. ATC’s Downs said the battle is far from over, and people can voice opinions of this project to their elected representatives even if they aren’t West Virginia or Virginia residents. There is still time; MVP officials are currently tied up in court as they sue landowners in Virginia and West Virginia in an attempt to gain property rights through eminent domain.

Whatever happens with the MVP, the project is a reminder that when it comes to infrastructure and our public lands, things cannot always be taken at face value.

In the case of the MVP, the thought isn’t there.

For a comprehensive overview, maps of the MVP, and more, click here.

For information on the ATC’s efforts to combat the pipeline, or to learn how to get involved, visit this site.

Hi! I'm Anne, a North Carolina native now living in the eastern panhandle of West Virginia. In 2017, I put my career on hold to attempt a flip-flop thru-hike from Harpers Ferry with my dad. We hiked more than 1,300 miles before I found out I had cholecystitis, which resulted in the removal of my gallbladder. It was a really weird diagnosis for an otherwise healthy 29-year-old, and for awhile, I was pretty upset about the setback. But now, I'm just grateful I still have 800 miles of the Trail to look forward to. The Universe has taught me that journeys are sometimes better when they are longer -- and that we can't argue with timing.