I Promise Not to Finish

“I need to talk to you about failure.” So says my dad to me, super casually, while I’m mid-bite of my kale salad.

But it’s not the talk you’d expect. He wants to know that, if I’m miserable and not at all getting out of the experience what I want, I’ll be open to quitting.

I know. The failure rate is high. I’ve heard an array of stats with the most promising being that 25% of people complete the trail. Given those stats, not to mention normal parenting behavior of encouraging your child to succeed, perhaps it seems a bit odd that my dad has made me promise to consider the idea of quitting. But I’m stubborn. Really, supremely stubborn. Generally regarded as a bad trait, it’s actually one of the things I love about myself. My stubbornness also leads to being loyal and never giving up on people. And stubborn means being determined. Too determined to quit.

Circling back to my dad making me promise to quit. It’s backward but I’m flattered. He’s so certain that I’ll do it that his biggest worry is that my stubbornness will keep me from quitting if I’m unhappy.

If I Quit the Appalachian Trail…

This is one of the lists recommended in Appalachian Trials. I think all three of the lists are valuable because they all bring you to an understanding of yourself and what you want and hope for and fear for as you begin the trail. But I’ve read some hikers’ lists, the quitting one in particular, that make me quite sad. Too many I’ve read are, “I’ll be forever disappointed in myself”; or “I’ll have to make up excuses to people”; or “I won’t be the person I thought I was.”

What? No. I want to say to every single one of those people, “You are amazing.” As far as I’m concerned, every single person that steps onto the AT with the intent to thru-hike is a winner, regardless of if they go 2,200 miles or 20 miles.

So Let’s Talk About Failure

There’s a zillion cliché failure quotes out there that say you only fail if you don’t try. But seriously, they’re actually true. How many people dream of doing a thru-hike that don’t even try? There’s so much talk about failing at it, I think it’s talking people out of doing it. So what, you only get through 400 miles? You just experienced 400 more awesome AT miles than you did before. I’ve read some amazing “failure” stories from people that gained so much out of half of the trail that it’s a shame to call them failures.

In Larry Luxenberg’s Walking the Appalachian Trail, one hiker’s opinion is that NOBO thru-hikers should hike to the campground in Baxter State Park and stop there. Not actually summit Katahdin. The idea is that thru-hikers get so focused on the end, or completing it, that, by skipping Katahdin, it shows that it really was about the experience, not the finish line. 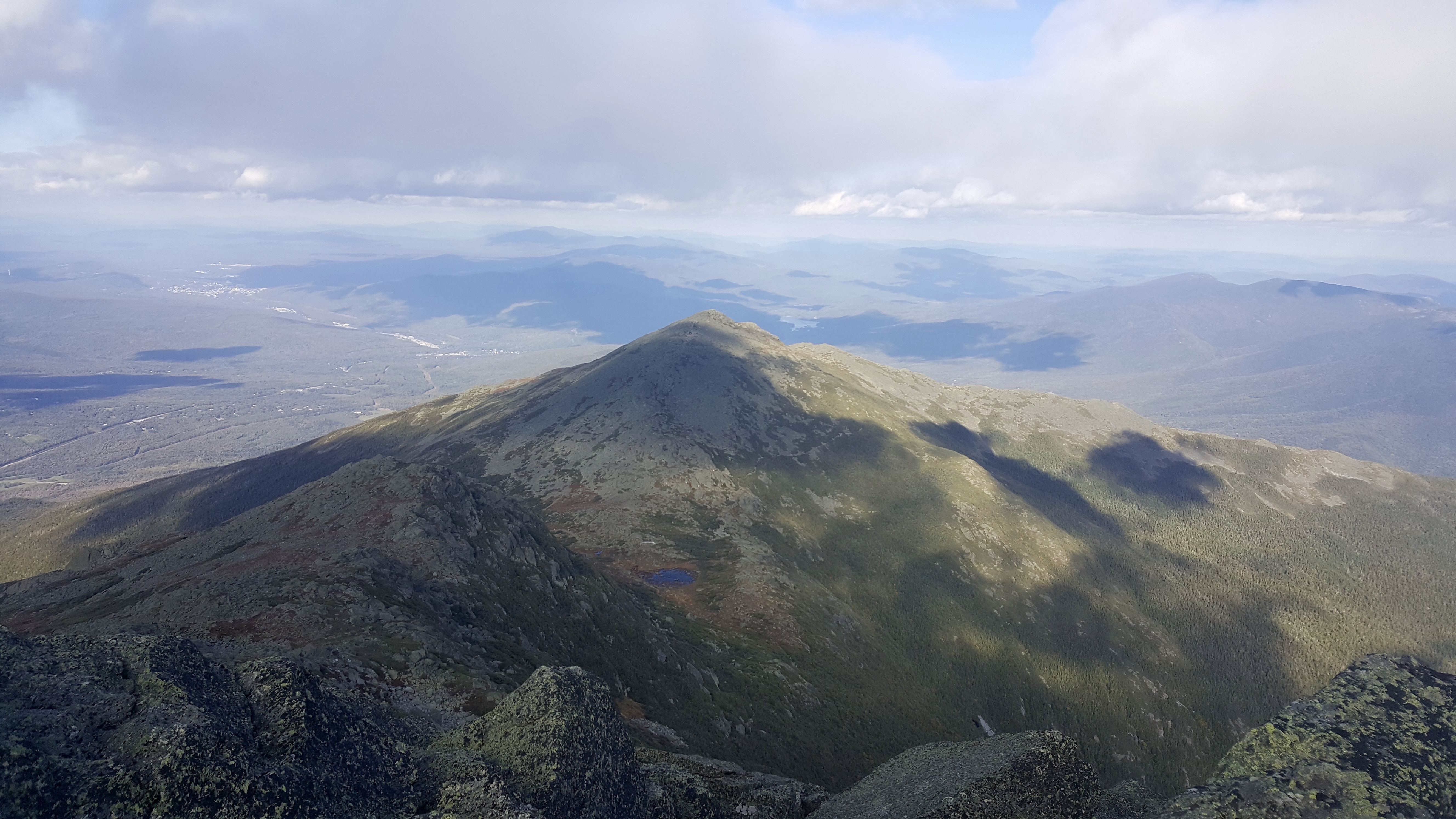 View from Mount Adams. I had a horrible time the first time I hiked Adams, nearly crying by the top. I chalked it up to a bad day and went back to redo it a couple of weeks later. Worth it!

I don’t want to be misunderstood in my desire to complete the trail. I don’t have a “so what” attitude about finishing; I very much want to finish and am taking this very seriously. I’ve learned from past backpacking trips that, no matter how challenging they get, it always pays off. I’ve also felt the disappointment of not completing a trek that I planned to. I just wish there wasn’t such a bad stigma attached to not finishing. I know what I’m taking on is going to be incredibly hard, both physically and mentally, and I don’t want anything to get in the way of getting everything I can out of it, and that includes disappointment in not finishing. I think that if I hiked from Georgia back home to Connecticut and stopped there, I’d have every right to be pretty damn proud.

And I think it’s important that, if you decide to quit, don’t quit too soon. Know that it’s not a fleeting frustration but truly the best choice for yourself. Because as awesome as it is to attempt the goal, I suspect achieving the goal is even greater.

So I’m going to finish (dad thinks so too). And as for skipping Katahdin? Sorry Larry, but no way!