The Psychological Impact of a Thru-Hike on Children and Adolescents

When considering the most difficult part of a long-distance hike, many thru-hikers cite the mental game. The physical challenges are undeniable, however, those thru-hikers who choose to leave the trail often point to the psychological toll that the extremes of long-distance hiking had on their ability to persevere.

We often hear professional athletes and Olympians talk about the mental focus required to overcome adversity and meet their lofty goals. Historically, there has been very little discussion of the impact these extreme stresses have on a person’s mental health. 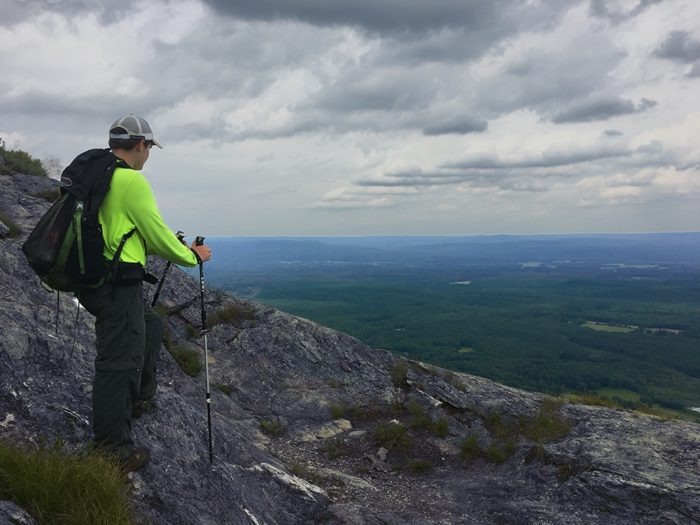 This year, U.S. alpine skier Mikaela Shiffrin publicly shared her struggle with anxiety during her latest Winter Olympic bid. U.S. ice skater Gracie Gold sat out the latest Olympics, specifically to focus on her mental health. Recognizing the narrow window of an Olympic career, Gold’s decision not to compete illustrates the impact that stress can have on individuals who find themselves under intense physical and psychological pressures. It seems that only recently have athletes started to speak openly about their struggles with mental health.

When contemplating a thru-hike, one may not consider the ramifications of extreme sports or adventure on long-term mental health. It is, however, a serious and often unasked question, which becomes more clouded when focusing on the mental health of children and adolescents participating in such events.

The Line Between Challenge and Trauma 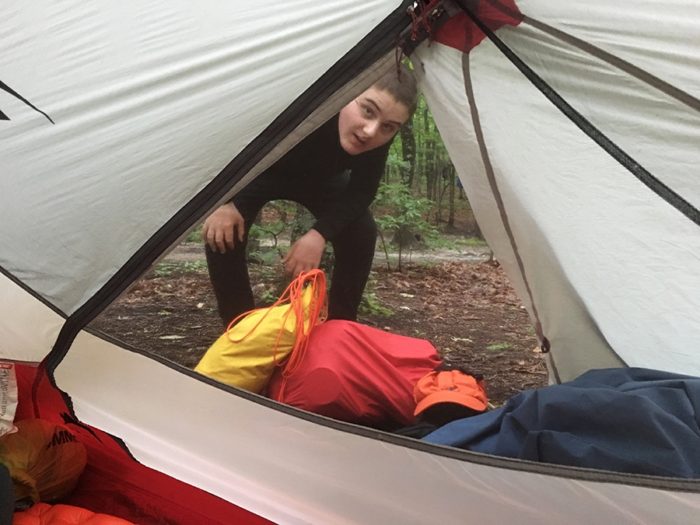 It wasn’t until my 14-year-old son and I were several hundred miles into our thru-hike that I questioned when character building changes into a traumatic experience.

As a family, we had a shared expectation that a thru-hike would be hard. However, we had no idea of just how hard. My son had a panic attack early in our hike on Tray Mountain. The combination of snow, high winds, deep swaying trees, and full, heavy branches falling inches from our tent was enough to trigger anxiety and tears.

One hundred miles later, after hiking six days straight through driving rain, and at the end of a 22-mile push, he become irrational and altered from early symptoms of what appeared to be hypothermia. Dodging electrical storms on exposed cliffs, swatting away tiny bugs buzzing inside his ear canals, warding off hungry bears and aggressive snakes, and having to deal with the exceedingly high expectations of his dim-witted father, my son had been run through the wringer.

He dealt with all of this only to be blown off Katahdin on what should have been our triumphant last day, in the most violent and dangerous storm we had confronted during our thru-hike. This after over 100 days of the most aggressive weather we had ever experienced in our lives. So sudden and severe was the electrical storm on Katahdin that we found ourselves cowering on the ground, while I held him weeping in my arms as lightning cracked the granite around us.

What Makes One Person More Resilient than the Next? 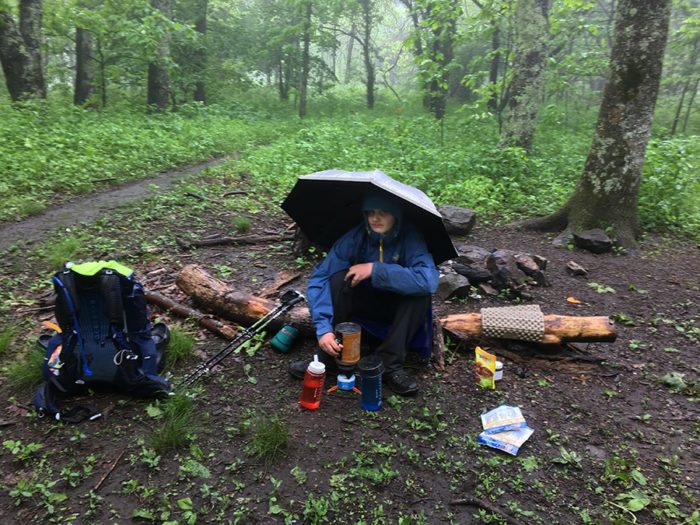 Squire, a 2017 AT thru-hiker, cited his 12- and 13-year-old boys’ resilience as the most surprising thing about their thru-hike. We all like to think that we could endure whatever is thrown our way, but some people manage to cope better than others. Why is that?

Most research surrounding children’s ability to deal with stress and extreme circumstances (quite rightly) comes from children dealing with “real” problems: abuse victims, displaced or orphaned children from war-torn countries, broken families, or extreme poverty. When asking psychologists how the extremes of a thru-hike might adversely affect my son, I felt more than a bit embarrassed. A thru-hike is a first-world luxury. A glorified vacation that can be abandoned at a moment’s notice. Acknowledging our position of privilege, these concerns remained very real and pertinent. And examining the effects of real extremes gives a clear baseline on children’s ability to overcome the most severe circumstances.

The concept of “resilience” comes from the study of physics and how materials display capacities to withstand outside pressures. In the mid- to late-20th century, mental health professionals began to apply this concept to one’s ability to withstand external stresses. As with most mental health science, the theories upon which management and treatment are based are still relatively young and there is much that remains undiscovered.

Dr. Peter Slater, a child and adolescent psychotherapist, says that “resilience as a concept is difficult to define… the ability to tolerate frustration is a key component to resiliency. A child’s ability to keep alive the good parts of the trip and discard the negative aspects is a good indicator of their resilience.” It comes down to “a child’s capacity to reflect on their experience in a meaningful way.” Although the key to developing resilience remains undiscovered, mental health professionals agree that a good start in life, with caring, meaningful, positive input is a crucial component to resiliency. 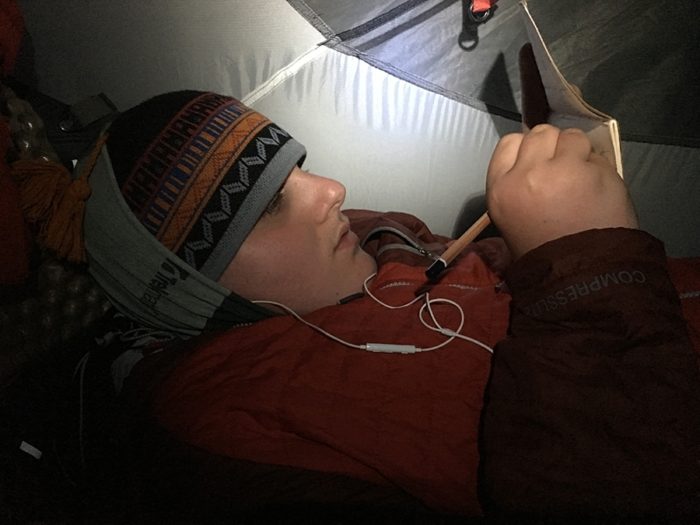 Prior to our thru-hike, I would not have described my son as resilient. He was a city kid who lived a very comfortable existence. However, during our thru-hike he displayed qualities I had never seen, nor expected to see, in him (but held on to the hope that he possessed them). It made me wonder whether one can train in or reprogram resiliency.

According to Slater, “A good level of input from a reflective mind can make the move from insecure to secure. Relationships are key. An early mind wants to understand.”

Healthy development is best achieved in a safe environment where mistakes can happen without the consequences of retaliation or being overwhelmed. A thoughtful, reflective environment. Being exposed to alternative behavior allows the child to question the early experience.

As a parent listening to these best practices, I cataloged every instance where I failed to be that trusted adult—especially during our thru-hike. Parents often struggle with how much of their emotions they should allow their children to see. If parents are overwhelmed and highly responsive and reactive to stressful situations, it can be expected that their children will react in kind.

I wonder if my son would throw his hiking poles into the woods if I were to sprain my ankle after failing to tie my shoes properly.

How children deal with stress (anxiety) is usually based on how adults around them (parents) deal with it. If a child is with a parent who cannot regulate their emotions, who acts upon them without a capacity to reflect upon them internally, it is likely the child will grow up to manage (or not manage) emotional states in a similar way.

I recalled the moments on the trail when I was dealing with my own stresses, challenges, and limitations, and how I reacted to them. I felt inadequate as the wise guide I had hoped to be along our journey.

During my interview, which was rapidly becoming a therapy session, Slater reassured me, referencing the Donald Winnicott phrase “the good enough mother.” In the 1950s, Winnicott proposed that children can benefit when their mother/carers let them down… in manageable ways. It is useful for children to witness parents getting it wrong. It also gives us a sense of it being OK to get things wrong—it’s not the end of the world, and in the right circumstances, can lead to a learning experience.

The Best Kind of Learning 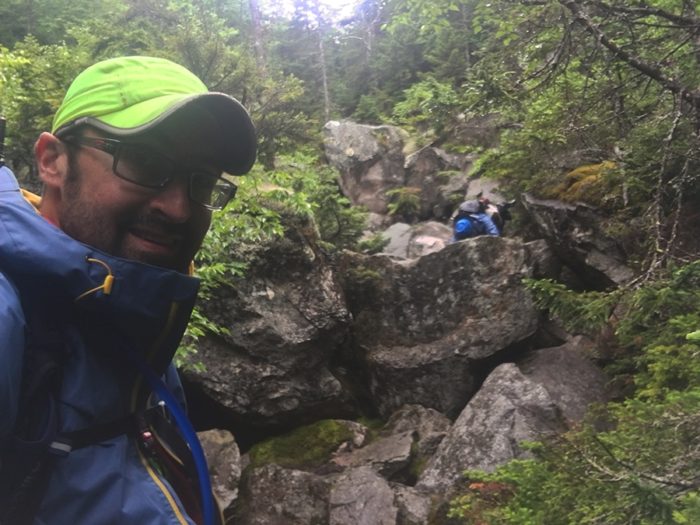 Recent educational practice promotes identifying the best way that a child learns. Children are identified as being auditory, visual, or kinesthetic learners. When reflecting on the conditions of a thru-hike, one cannot help but applaud the educational benefits it could pose for children, regardless of the learner type.

“I struggle with something; I don’t know how to do something; this is a challenge. Some understanding (of a subject or skill) gained by doing or through struggle, even if not comprehensive, is something more tangible then something explained. The process we go through when not knowing something and working at getting better is the best way to gain understanding.” Slater and I agreed that it is a lifelong process.

The Right Amount of Stress at the Right Time 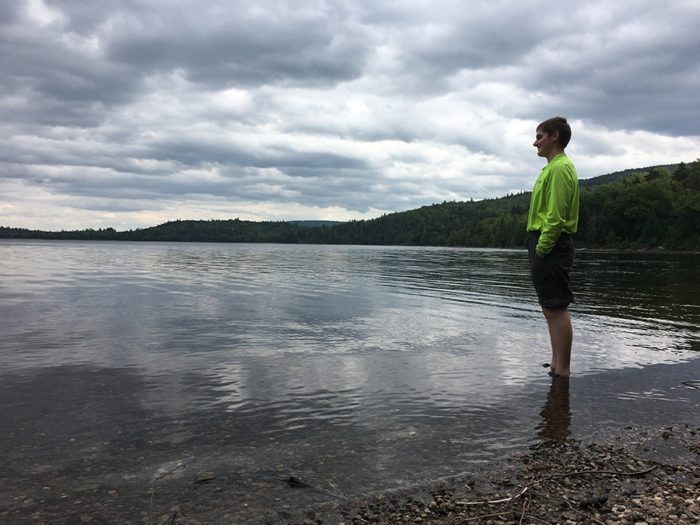 Within a “common sense” societal understanding, children and adolescents are considered “vulnerable” and in need of protection. As a father, I have always viewed this through a dual lens. In one respect, the need to be fierce protector, while in another, the need to strengthen my children through rigorous challenges, training and education – thus our thru-hike.

My son and I referred to our thru-hike as a modern rite of passage. Although while considering past traditions of rites of passage as a positive thing, I didn’t consider whether the endeavor would have a counter effect. I guess the trick is balancing the imposition of responsibility without impinging a child’s developing resilience.

When we reached the White Mountains of New Hampshire, we shared a misguided expectation that the hike would have gotten easier for us. However, new challenges emerged. I found myself pushing my son harder, expecting more from him, considering all he had already achieved. It took him turning to me on a particularly sketchy exposed section of Mt. Monroe and yelling, “Dad, I am scared!” for me to realize that my expectations were unreasonable, and despite his growing confidence and strength, he was still vulnerable. His honesty allowed me to modify my behavior and expectations, and reestablish my role as a supportive guide.

Ultimately, despite the stresses and extremes, I have seen tangible growth and maturity emerge from my former “city kid.” A capable, empathetic, and confident young man, who I am sure I would have to have waited many more years to meet but for our time together on the trail.

And I hold out hope that I was, and am, “good enough” to guide him further.