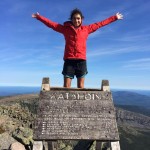 It’s official; I have completed the Appalachian Trail. I summited Katahdin on September 4. I have also neglected blogging. It was either one or the other, and I chose to hike rather than write. 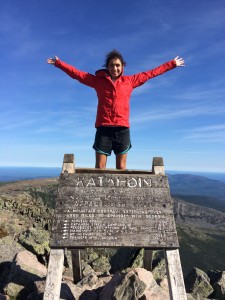 However, now that I am back in the “real world”, I can write about my experiences. Without further ado, here is the post I wrote about the journey from Buena Vista to North Adams. It seems like forever ago.

It’s certainly been awhile, in terms of state lines crossed, miles hiked, and days passed. There have been incredible views, not so incredible rocks, and a whole lot of trail. There have been goodbyes, reunions, and some of the greatest trail magic yet. The trail has taught me more in these past weeks than anything else in my life. I think I’ve done a lot of growing, and I still have some left to do.

It’s strange what has become the norm for me. I am sitting writing this on a comfortable bed in Newport, Rhode Island, about to hear another day of music at the Newport Folk Festival. It feels like I’m going undercover in the real world, a bit. People here don’t why my legs and armpits are so damn hairy, that I have worn the same clothes for the past three months, or that in a brief five weeks I will have hiked from Georgia to Maine. I guess it’s a little bit of a preview for what to expect when I am done with this adventure.

I should start way back in Buena Vista, VA. That was about 800 miles ago. Blogging is pretty difficult when you’re banging out miles.

Buena Vista was not a terribly pleasant place to stay, especially at the Glen Maury Park Campground, which was definitely more of a park than a campground. At least it was cheap. Flame Thrower and I camped underneath a pavilion, trying to get ahead of the rain that was going to happen that night. I hoped for a decent night sleep because of this, but a random man decided to lay down on a picnic table next to us in the middle of the night and put me on edge. It’s funny that nothing on the trail seems to make me anxious, but I have a deep mistrust of town. Getting back on the trail and hiking up to Spy Rock after that night in town felt like a homecoming. 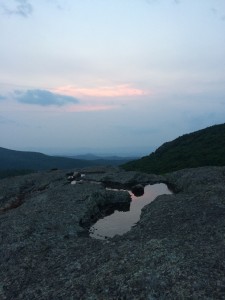 In Waynesboro, Flame Thrower, Selfy, Weeble-Wobble, Catman, Tunes, Stretch, and I encountered a goldmine of trail magic. Not only did some incredible people pay for around 40 hikers’ meals at a restaurant, but they even took us all to the movie theater to see Jurassic World. Nothing like some good old dinosaur on dinosaur fighting to get you pumped to hike the Shenandoahs. The National Park was incredible, and a completely different experience to the Smokies. It was much more laid back, the terrain was easier, and Flame and I were blasting out 20-25 miles a day. Two of my friends from college came to visit, and it definitely put into perspective just how in shape we had become. They could barely keep up with us! 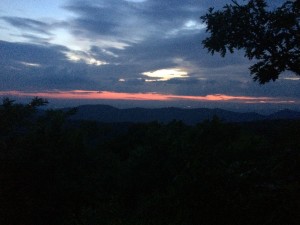 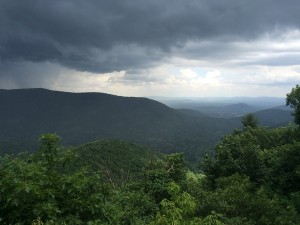 The end of the Shenandoahs felt like the end to another chapter of my thru hike. If my journey was a book, I would say Springer to Fontana Dam would be Chapter One, Fontana to Hot Springs Two, Hot Springs to Damascus Three, and Damascus to Front Royal Four. Virginia was coming to a close, and it had provided me with some incredible hiking. It was sad to see it go, but at the same time I was excited for what was to come.

Heading into Harper’s Ferry felt incredible. Walking into the Appalachian Trail Conservancy, taking my picture in front of the sign, and signing in at the unofficial halfway point felt very definitive. For the first time on the trail, I felt like I had accomplished something few others had done. I had walked almost halfway to Maine. Although there were many more miles to go, I had walked over 1,000 of them. 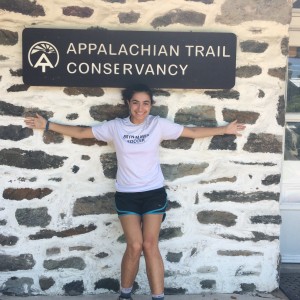 In the Mid-Atlantic, I got a true sense of the history that the trail encounters as it winds its way north. I have always found the different layers of history on the trail fascinating. One layer is the history of the land that the trail runs through, such as the Civil War battlegrounds in Maryland, the site of Shays Rebellion in Great Barrington, MA, the Mason/Dixon Line on the Pennsylvania border, and the graveyards of the many mountain communities that lived throughout the Appalachian Mountains. Another layer is the history of the trail itself, like the Appalachian Trail Museum, Stratton Mountain in Vermont where Benton Mackay came up with his idea for such a trail, and the many hikers who have come before us. It was wonderful to see such a historic side of the trail while walking through the typically less appreciated states of the AT. 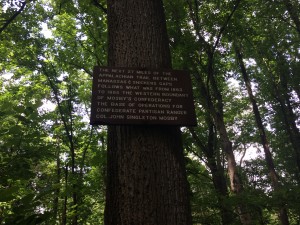 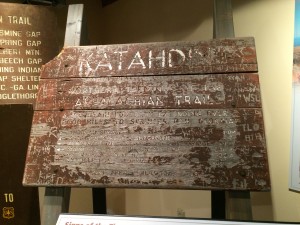 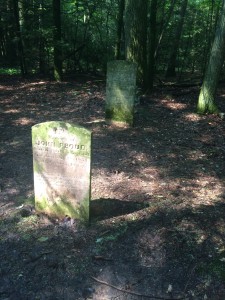 Additionally, history is constantly happening in the “real world”. I remember climbing up a mountain one day outside of Boiling Springs and seeing that SCOTUS had said yes to marriage equality throughout the U.S. I felt so remote and isolated from all the celebrating of the historic day. I was celebrating, but I didn’t feel as though my joy was connected to the rest of the celebrations that were happening throughout the U.S.

If some people experience a Virginia Blues, I definitely experienced a Mid-Atlantic Blues. Southern Pennsylvania seemed empty of people I knew, full of bugs, and the rocks were starting to peak through the dirt path. I was in a funk. However, like every other time on this journey, the trail picked me up again. Flame and I started hiking with Wilderness, another young woman from Utah. It was good to have another woman with us on the trail. We also ran into Stretch, Backtrack, J Rock, the Fonz, and Smiles. Having a group again felt good, and staying at Stretch’s parents’ house in New Jersey felt even better. They had a hot tub. Enough said.

In New York, I started to get the sense that the trail was changing. A 25 mile day was definitely not what it used to be. The terrain was more challenging, and the elevation loss and gain that had hit us early on in Georgia and North Carolina was starting to rear its ugly head again. Good thing I love hiking up mountains. Unfortunately, being in the North also means dealing with an insane number of suicidal gnats and mosquitoes, who seem to love hovering around your face until you lift your head up, which is when they have the brilliant idea to head for your eyes. There was a day just south of the Connecticut border where I could barely see what was in front of me because of all the bugs. Thank goodness it’s getting colder.

In Kent, CT, my favorite moment on the trail occurred. There Flame and I were, heading to resupply, when all of a sudden we ran into Gold Star! It was an incredible reunion, made even sweeter when Phu arrived with Selfy a couple of hours later. With the trail family back together, my Mid-Atlantic Blues was definitely a thing of the past. With the gang back together, we were unstoppable. 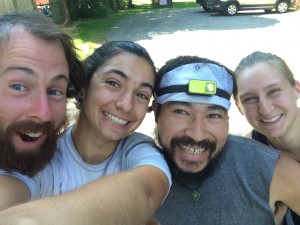 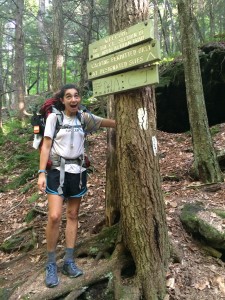 Having Gold Star and Phu back seemed to be a lucky charm in terms of trail magic. On a whim, we decided to head into Great Barrington for a quick lunch. We got a hitch in, and were immediately offered a ride back to the trail by a woman named Caitlin, who was eager to do some trail magic. One thing led to another, and we ended up staying on her farm for the night. We got to pick beans, cucumbers, and onions for dinner, and had a swim in the swimming pool. Thanks, Ed and Caitlin!

A day out from Great Barrington, and Gold Star suggested we hitch into Lee from Tyringham for dinner. We were stopped by Mike, an Appalachian Trail enthusiast who wanted to know more about the inner workings of a thru hiker. One thing led to another, again, and we somehow ended up staying in Mike and Michelle’s basement for three days. They helped us slack pack the majority of Massachusetts and fed us copious amounts of food. We also were able to experience sunrise from Mt. Greylock, something I had been eager to do while I was hiking the Trail. 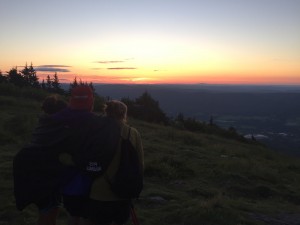 After completing Massachusetts, Flame, Gold Star, Phu, and I took a break in Boston for a couple of days. I headed to the Newport Folk Festival, Flame went to visit her aunt, Phu went to visit his dad, and Gold Star hung out at my house. The world outside the Trail was overwhelming for those few days. Everything moved so fast, and there were unfamiliar smells and throngs of people. It felt incredible to be back in the woods, and headed onwards into Vermont.