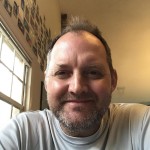 Recollection Series-The End Of May

Party Time Is Over

It is Thursday, May 25th, and Becky and I got an early start.  We begin at mile 274.7 and end at 289.7, giving us a 15 mile day.  We know it is time to get serious about hiking and we are ready to do so.  That doesn’t mean we don’t want to sleep in a bed when possible.  Becky makes a call and we get picked up for a stay at a lodge that is just a mile or two off the trail.  They have all three of the required services on-site:  laundry, shower, and wifi.  Once again, the wifi only works while in close proximity to the office; which our bunkhouse is not.  The screen door of the office has Visa, MasterCard, and Discover stickers displayed.  The main door behind has a handwritten sign that says Cash Only.  Inside, the Cash Only sign is confirmed.

There are only four of us staying in the 10 bed bunkhouse.  Our two roomies for the night are Sneak and Go Grandma Go.  We have met Sneak before.  He is yellow blazing.  Yellow blazing is a term used to describe a hike in which one will continually skip ahead via car of however over parts of the trail just to save time or effort in getting to the next town or the next part of the trail you are interested in hiking.  Becky and I are doing more of a purist thru-hike where we want to hike every step of the trail possible.  Go Grandma Go is doing a section hike.

After a comfortable nights rest Becky and I are shuttled back to the trail the next morning.  The 15 miles the day before has us feeling froggy.  We set our sites on hiking 17 miles today.  That turned out to be a little ambitious because we could only complete 12.5.  Just past Big Butt Mountain we camp in a grassy opening.  There is no dinner.  I am too tired to do anything but go to sleep as soon as the tent is up.

The morning of Saturday, May 27th, Becky got up ready to hike and took off earlier than myself.  No dinner the night before meant I needed to get some serious calories in me for breakfast.  When I finally took off I caught up to Becky about 5 miles later at Flint Mountain Shelter.  We continued on together and had a couple pizzas at Laurel Hostel for lunch.  The frozen pizzas were cooked on a gas grill which was a different taste than the common stove.  An improved taste just like almost everything else prepared on a grill.

We wind up doing 15.9 miles and get picked up at Sams Gap by yet another local Inns shuttle.  The owners live across the street and you have to sit next to the road to get a few bars of wifi signal.  I make it my personal mission to mention the breakthrough invention of wifi range extenders to every hotel, motel, hostel, inn, and lodge operator on the trail.  But I digress.  We have our third frozen pizza of the day for dinner but this one we cook in the oven and the usual taste is back.  Still, the oven cooked bland tasting store bought frozen pizzas don’t stand a chance against our appetites.

Miracles On The Trail

After three straight days of 15, 12.5, and then 15.9 miles we finish the weekend with an 8 mile day.  The story of Sunday, May 28th, is the weather conditions during those 8 miles in which we climb 2000 feet to a total of over 5500 feet above sea level.  For most of the time during the days hike we are in whiteout conditions.  We don’t get rained on but we are faced with a steady, strong wind and what I can only describe as a heavy, dense fog as we hike over another grass covered bald mountaintop.

Becky and I start to openly discuss the view we are being deprived of from our lofty perch and wonder about its splendor.  Just as we speculate about the view and start our descent the thick white blanket of whatever we are in lifts and provides a brief window for us to view one side of a gorgeous expanse of sun drenched mountain ranges.  In honesty it is no spectacular than the many varied awesome views we had already witnessed during our hike.   The difference this time was how it was concealed and then miraculously presented to us when we openly asked for it.  Just as soon as we filled with awe the whiteout conditions fell back down on top of us and took our view away.

We awake on Memorial Day camping just past Bald Mtn Shelter.  A 16.6 downhill hike into Erwin, TN drops us directly beside what is considered a legendary place on the trail.  I won’t name it because I can barely say anything good about it.  What I will say is that basic human decency standards for cleanliness should be the first and most coveted review that establishments strive for.  I spent a night there in my tent.  I will not be spending another night there ever.  Sad.

The next day we shuttled into Erwin and walked the rest of the way to a Super 8.  Becky was not feeling well and we were due for a zero.  Wolfgang was already checked in and hanging out in the lobby during breakfast.  I ran some errands around town with him while Becky rested back at the room.  Thank goodness for the Super 8!

Wednesday, May 31st, Becky, Wolfgang, and myself grab a surprisingly cheap shuttle back to the trail.  The $7 shuttle is almost the only bright spot of the day.  Becky is still feeling bad but manages to tough out 12.3 miles and about 3000 feet of elevation increase.  Good numbers but it cost us some relationship points because I didn’t recognize her condition was still precarious.

Wolfgang started out front and hiked with us for the beginning of the day.  Around midday he let us pass him.  When he caught back up to us where we were going to camp he was not happy.  The tough climb was just that; tough on everybody.

Becky And A Fire Scare

When I was younger and my family lived in Owensboro, Kentucky, there were times when we would burn our trash.  One such time, and probably my last, I caught myself on fire.  Not completely on fire but more like just my hair and face area that I was lucky enough to put out fairly quickly.  My dad took me to the hospital and I got some cream or something to apply but nothing to damaging came from it except a healthy fear of fire.  I did benefit from a few days off school and some presents of Star Wars figures and scene toys but that really isn’t relevant to the scare I had with Becky so I’ll just move along.

I think it was during Trail Days or shortly after that this situation happened and it was scary.  You never want to harm the people you love even if it is the result of something completely out of your control and especially the result of something that you couldn’t foresee.  You definitely don’t want to have to explain to your father-in-law how his little girl got harmed under your watch.  I only hope Becky doesn’t have any permanent scars either emotionally or physically as a result.

It began innocently.  Becky couldn’t find her usual Smirnoff Ice so she grabbed some tiny Mikes Hard Raspberry cans.  We were walking through some light rain when she wanted to run into a gear outfitter for who knows what and asked me to hold her stuff.  She handed me her drink and I just instinctively took a drink to finish it off while not paying attention and trying to use my other hand to help her as she was leaning down with her bag.

That’s when the flash occurred.  I thought it was a fireball at first.  It was so bright and instantly intense I instinctively turned away but I did not think I had really touched anything that would have caused it.  Becky turned also and started walking away when I asked if she was alright.  I thought the fire or whatever might have caught her hair or some of her hiking clothing was flammable and caught and burned her.  She was adamant that she was okay.  I looked her over and could not see any burns.

That is when it became obvious what had happened.  Because of the light rain that day we had our rain gear on.  When Becky doesnt wear her backpack she keeps her important stuff with her in a fannypack.  The combination of me drinking from a tiny Mikes Hard Raspberry 8oz can while simultaneously with my other hand pulling up my rain skirt so Becky could put her fannypack on me caused the instantaneous combustible reaction of my man card.  It just leapt out of me and burst.

Tomorrow I’m going to order ALL the bacon a restaurant has for one and only one sandwich and wash it down with bourbon.  Then I am going to a hardware store and buy a grill.  Afterward, a marathon of Chuck Norris and Bruce Lee movies should do the trick of getting it back.