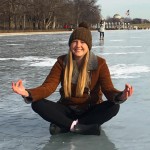 Reflections, and Changes, After My Thru-Hike

Five months later and it’s finally time to reflect on my thoughts after finishing the trail. Immediately after I finished, I was too overwhelmed to really process what had just happened. I had completed this trip, this epic trip, that so many people only dream about attempting. To really be able to digest how my life was going to change would have been impossible in that moment.

I think a good place to start this reflection is right before summit day. When hiking through the 100-Mile Wilderness, I was told to wait one more day to summit Katahdin because it was supposed to be cloudy on the day I had planned (Aug. 30) and clear the next. I had already booked my flight back home to see my family in Florida before returning to work in Washington, DC, one week later, so Aug. 30 was going to be the day. No room for flexibility anymore. The night before summiting was hot and humid, and I was attacked by mosquitoes. I was ready to be done. I slept 15 miles from the summit, just south of the Baxter State Park boundary line. The next morning, I was up and running and hiked “ten before ten,” giving myself plenty of time to scramble up Katahdin with my full pack. It was cloudy the entire morning but started to clear up as I made my way toward the Tableland, the entryway into the alpine zone that leads to Baxter Peak. As I made my way above the trees and toward the peak, I was speeding up and slowing down as I watched the clouds flow in and out, trying to time my summit during a clear window. I could see it. I could see the picturesque scene with the brown, beat-up easel signifying that I had made it to the Northern Terminus of the Appalachian Trail. There were 2,190.9 miles behind me. Holy shit! A hundred yards from the summit, I started getting emotional. Realizing I was a thru-hiker, a day hiker started to take pictures as I approached… crying. There are ugly crying photos of me floating around somewhere on the interwebs. Strangers started congratulating me and shortly after, I was joined by a few thru-hikers I had met along the way. It was nice to share that moment and reflect on our accomplishment together. I just sat there staring at the sign, not wanting to leave. I didn’t know what to do next now that my goal of heading north was over. After an hour or two, I started to make my way down south (whoa, so unnatural) on the AT. A few hours later, I was in Millinocket posting photos and taking calls with my family and friends. Getting congratulated for this accomplishment felt so weird because my “reward” was to come back to real life! “Yay!” she said sarcastically. An hour after that, I signed up for my first ultramarathon. It only seemed fitting.

The next day, I took a bus to Bangor with Fernando and Bob, friends I had coincidentally met in Washington, DC, before leaving for the trail. It was nice to see familiar faces. Of course, the question came up, “What’s next?” Who really knew? It made us feel uneasy. I didn’t know what I was going back to.

The day after, I flew to Florida to be with my family, which eased my anxiety and brought me comfort. While I was home, my parents hosted a party to celebrate my accomplishment with our family friends who had been rooting for me along the way. If you followed along on my journey, you know that I took on the second half of the trail solo. It was quite the shock to the system to go from indulging in my introvert desires to then being the center of attention at a party. Minus being socially awkward, the party was nice and I enjoyed connecting with those who cheered me on. Although I physically walked by myself, I could not have gone at it alone mentally.

Things Aren’t as I Left Them

After time with my family, I flew back to Washington, DC, to return to my job after one week off trail. Now, let’s really shock the system. Luckily, I rolled onto a project that would give me the work-life balance I needed after completing this feat. The city I had left was not the same city I was coming back to. My best friends and go-to adventurers had left. Woof. I felt alone, although I was reconnecting with others I had missed while I was gone. That attention could only fill the void for so long. The only logical next step was to hang out with my friends from the trail every single weekend. Rent a car and leave the city to go backpacking? Done. Convince those friends to trail run the 50-mile four-state challenge with me? That sounds logical. Living six hours away from each other without a car made these weekend warrior adventures feasible for only a short period of time. Then the seasons started to change, which brought on shorter days and dreary weather. I would come off these highs from my weekend adventures, settle back into my day-to-day grind, and do it again. Home didn’t really feel like home. I realized that I had spent maybe one or two weekends in Washington, DC, over three months and had distanced myself from my friends in town. I knew that I needed to strike a balance between strengthening the friendships I value here in DC and the ones with the friends I would visit and adventure with elsewhere.

Realizing What Needs to Change

Between Christmas and New Year’s, I went to visit my best friend in Birmingham, AL. She had told me that Birmingham was hip and outdoorsy, so it was time to find out. We spent our time together trail running, bouldering, and going to breweries—all things at the top of my interests list. On top of that, she had a community that loved doing these things with her. I couldn’t help but feel jealous and wonder why I didn’t have that. Well, I had that, but now those people have migrated elsewhere. Before boarding the plane to leave Birmingham, I felt overwhelmed with anxiety. “OK, big gulp. Stop crying. Pull yourself together, you’re about to get on a plane.” That was the moment I knew I needed to do something. I need to be active, I need to be outside (no matter how cold it is), and I need to be present. And most importantly, I need to be surrounded by people who want to share these experiences with me. Long term, I plan on moving out west. Where to exactly? Who knows? I know a change in location isn’t going to fix all my problems, but I think the change in pace and scenery will be a good start. In the meantime, I’ve once again brought out my five-minute journal to reflect on things I am grateful for and things that went well that day, which helps me focus on the good in my day-to-day life. Also, I’ve been trying to stay active every day and get outside whenever I can. I think I’m an endorphins junkie. Being active and eating healthy have done loads for my mental health.

You Are Not Alone

Although this post has focused on some of my major struggles since returning from my thru-hike, the pros will always outweigh the cons. The main takeaway is don’t settle. I’ve learned that if there’s something I don’t like, stop complaining and do something to fix it. Feel empowered to make change happen. I am more outspoken and willing to share and be vulnerable. I am finding my voice and more aware of where I want to take my life. I am super thankful for the hiker trash community and being able to connect to them at the tip of my fingers (thank you, Instagram). They are the community I need right now. If you have recently completed a thru-hike and are battling through these highs and lows, know that you are not alone.

P.S. The ultramarathon community is the best. Highly recommend signing up for one 😊

Eleven out! Until the next adventure (which will be very soon). Stay tuned.