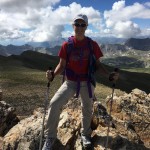 What an adventure it has been despite the rain. It has rained, at least some, every day but one. However, our spirits are still up and we are ready to continue on, just taking each mile, day, and week as it comes. We try not to look at the entire trail, just what it’s going to take to make it to the next stop.

The trail has been steep, flat, rugged, rocky, muddy, and beautiful. As our legs get stronger it has been getting easier, but easy is relative. The most difficult climb so far has been Albert Mountain, where at times you felt like you might fall over the edge if you missed a step. But at the top we were treated to our best view yet, and on one of the few sunny afternoons we’ve had. We’ve walked through miles of rhododendrons and along ridges that look deep into a fog-filled valley. 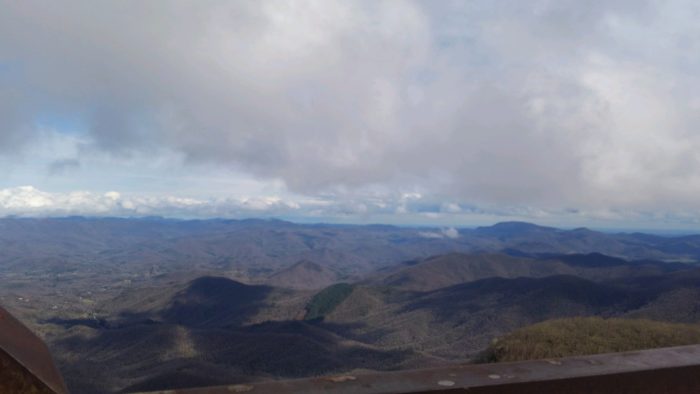 We are starting to meet people on the trail as we leap frog each other along the way. And of course the trail names are starting to develop. Names like Midnight, Buttercup, Kermit, Reboot, Walk-About, and one name I gave out and was accepted was Pizza, for her love of Pizza. It’s all she talks about.

We have had some great trail magic. It started out with Tootsie Pops, then a ride to a hostel for pizza and ended with meeting up with Fresh Ground and his mobile kitchen. I was never so happy to see food. I ate soooo much – four pancakes, two cheeseburgers, French fries and a doughnut!

We are getting better at setting up and breaking down camp, even in the rain. We usually stay in the area of a shelter but have had a couple of nice stealth camps. I slept in a shelter one night but missed the privacy of my tent and chatting with Walkitoff. Every night after dinner we sit in my tent and discuss the next day. We call it “tent time.” Then I write in my journal and it’s lights out.

As we where making an ascent we saw an armadillo; an armadillo! At 4,000 feet in North Carolina? Yes, an armadillo. It was dead but we laughed in ways the poor thing may have gotten there. Was he just out on a stroll and took a wrong turn? Did he wonder why he kept going up this dang hill and had a heart attack? Who knows; it was just odd.

Then there was the climb up Albert Mountain and laughing that the rangers must have hidden game cameras and laughing at all the expressions on the hikers’ faces because that climb could have been made a lot easier. There’s a road that goes up to the top so why did we have to scramble to get there? 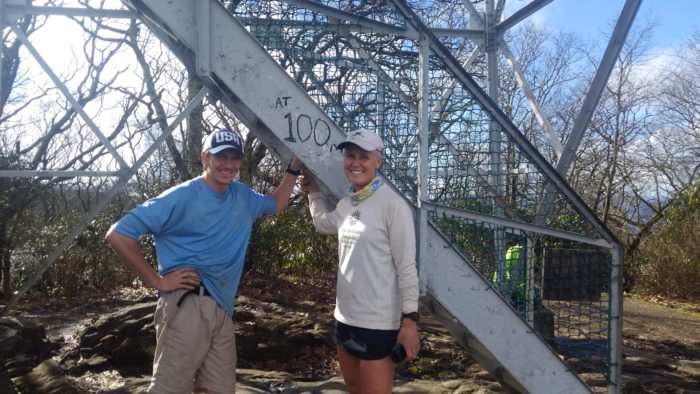 The trail has been beautiful despite the rain; the people on trail have been lighthearted and polite despite the tiredness and pain; and the people in towns have been gracious and accommodating.

So today we get back on the trail and of course it’s raining. It’s going to rain A LOT the next two days, according to the forecast, then a long stretch of dry. Yes!

My name is Marcia, trail name Drama Mama. I’m a 2018 Appalachian Trail Thru hiker, NoBo. My son is hiking with me. We have a target start day of Feb 18, hopefully before the mad rush. I’m a wife, mom and daughter. I love my family, my dog and the outdoors. My dad gave me the advise of “retire early and live life” so after over 30 years in public service I’m doing exactly that. I mountain bike, kayak and trail run. However, when my son asked me to hike the AT with him what else could I say but YES! Now life as I know it will be put on hold and the adventure begins.....