Day 136, 7/11: zero at Pinkham notch
We slept in upstairs in the loft of the barn. My bed was exceedingly comfy, and I was happy to have a day off to relax. 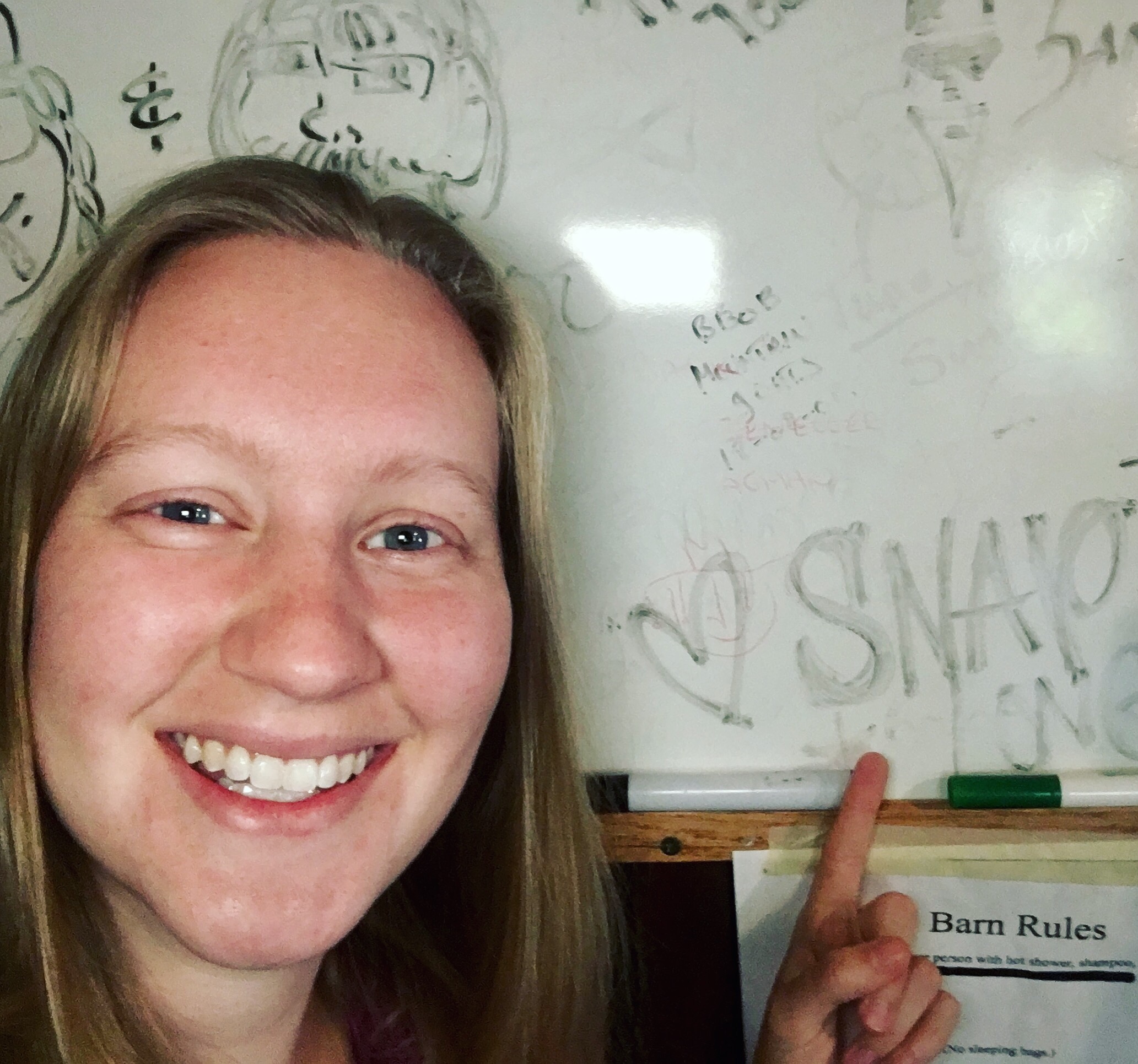 Signature of the other Snap

I went to Subway for lunch and got ice cream at the Cumberland Farm gas station across the street. Most of the day was spent on a lounge chair in front of the TV watching That 70’s Show, and then our usual Family Feud. 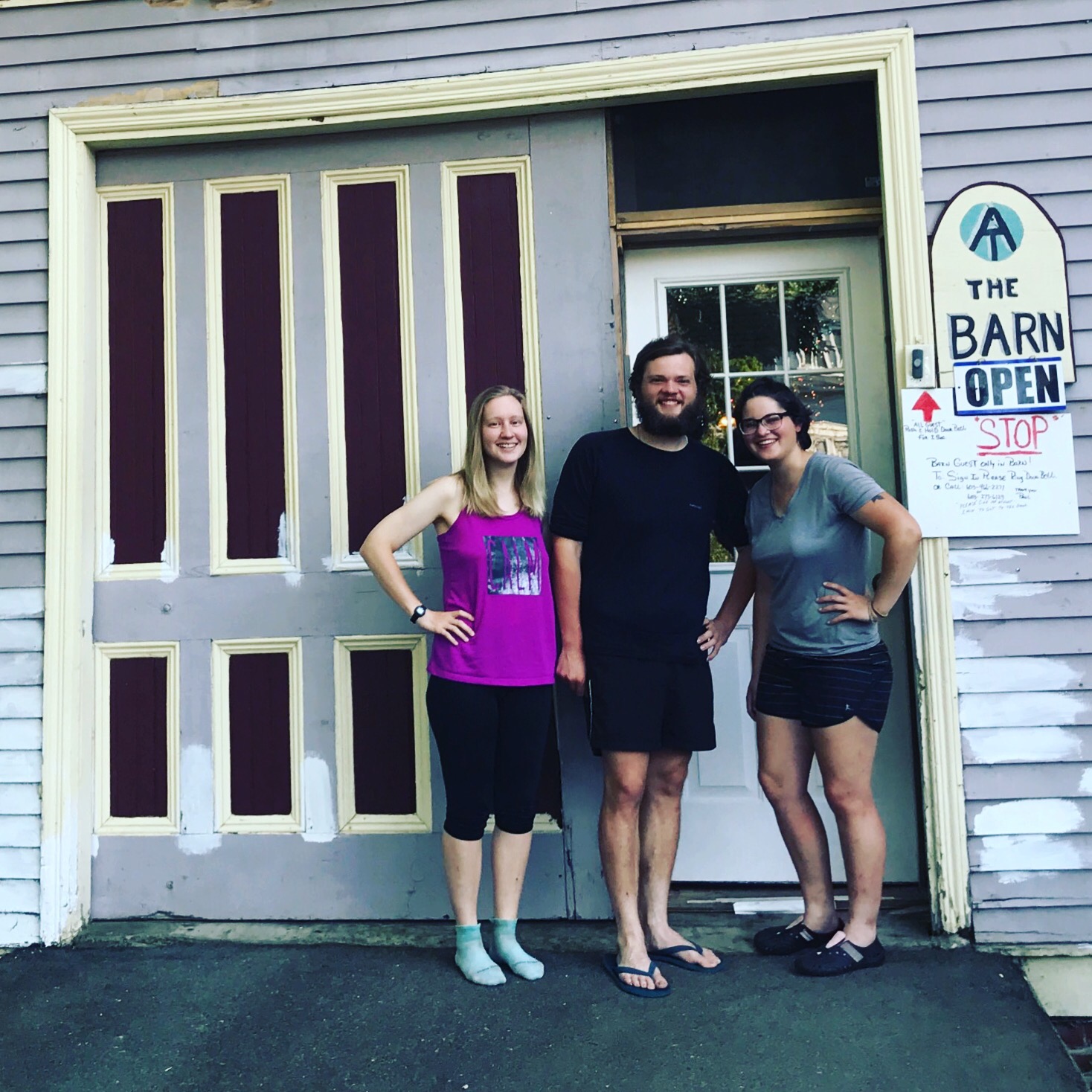 Our trio in front of The Barn 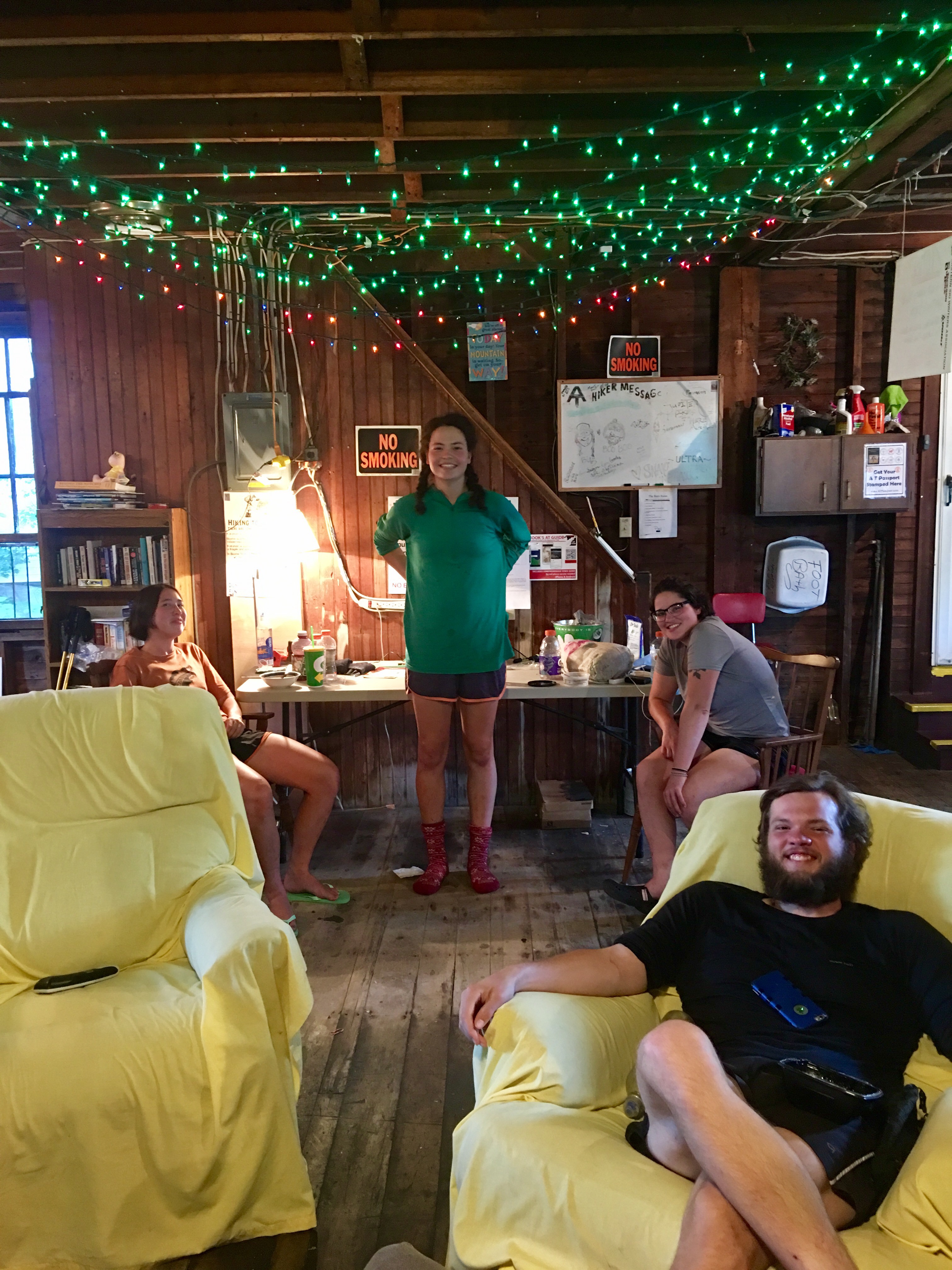 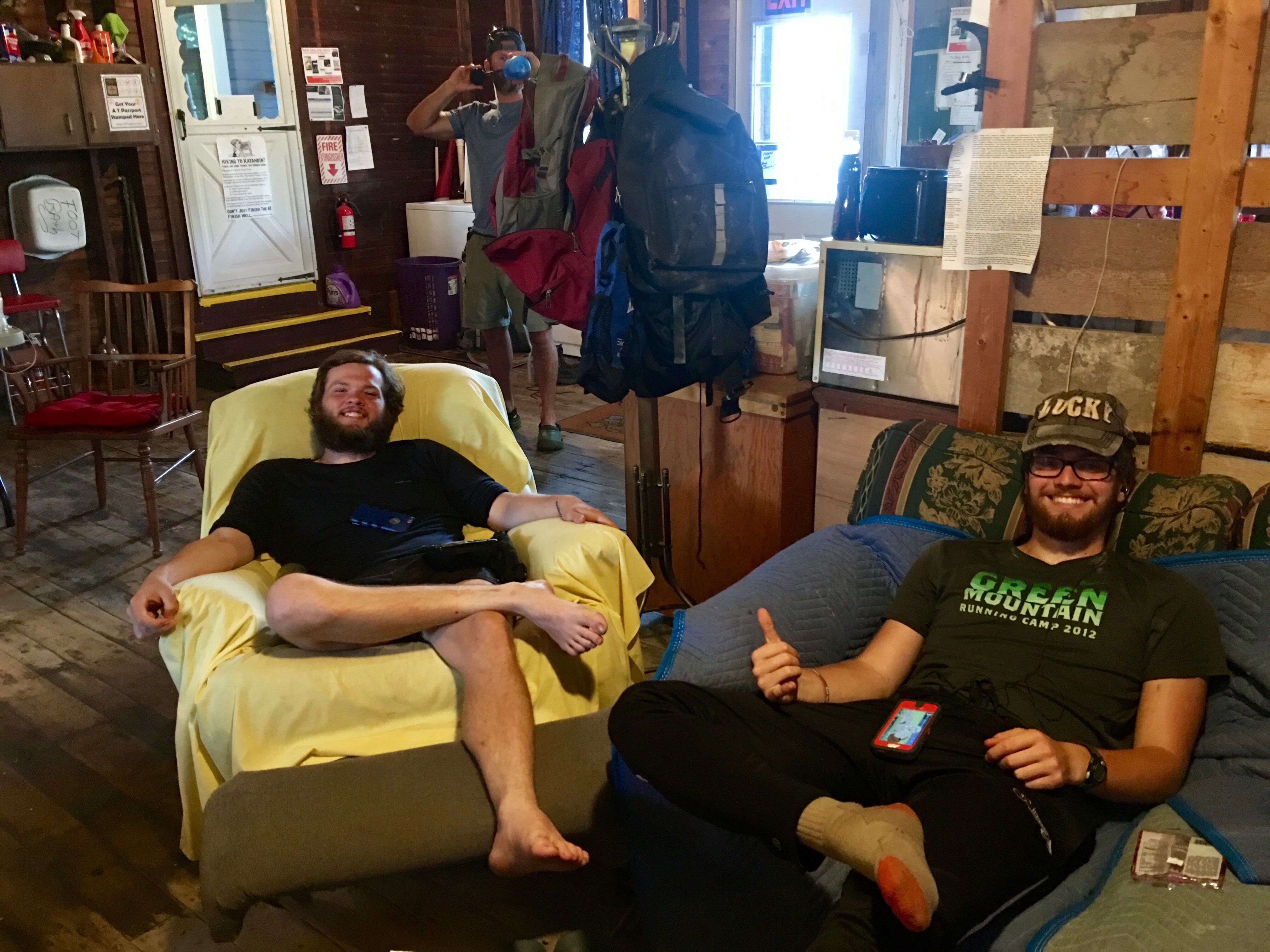 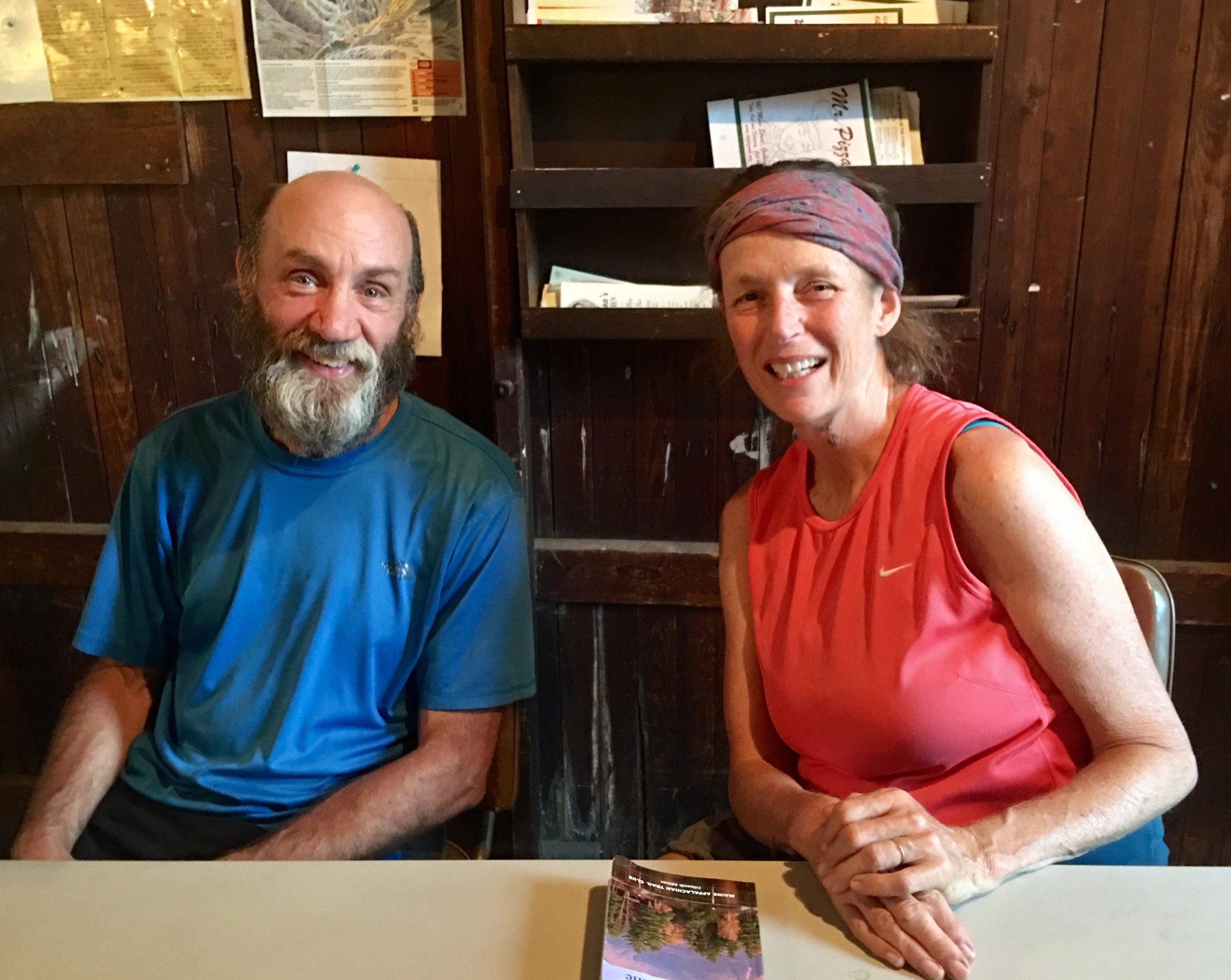 We decided to try the 21 mile slack pack tomorrow over the Wildcat peaks, so we got our packs emptied out and loaded up with the essentials.

I slept really well in the same comfy bed, but I got up nervous about the day. 21 miles is a big day with good terrain, but these climbs looked daunting. Paul drove us to the trailhead at 7:30, and it was a little after 8:00 by the time we got on trail. Rash and Piñata went ahead and Winter was behind me. I made the grueling climb up Wildcat D peak. Even with an empty pack (total pack weight 6.5 lbs without water), the climb was brutally slow. At the top of the first peak, there was the gondola running. 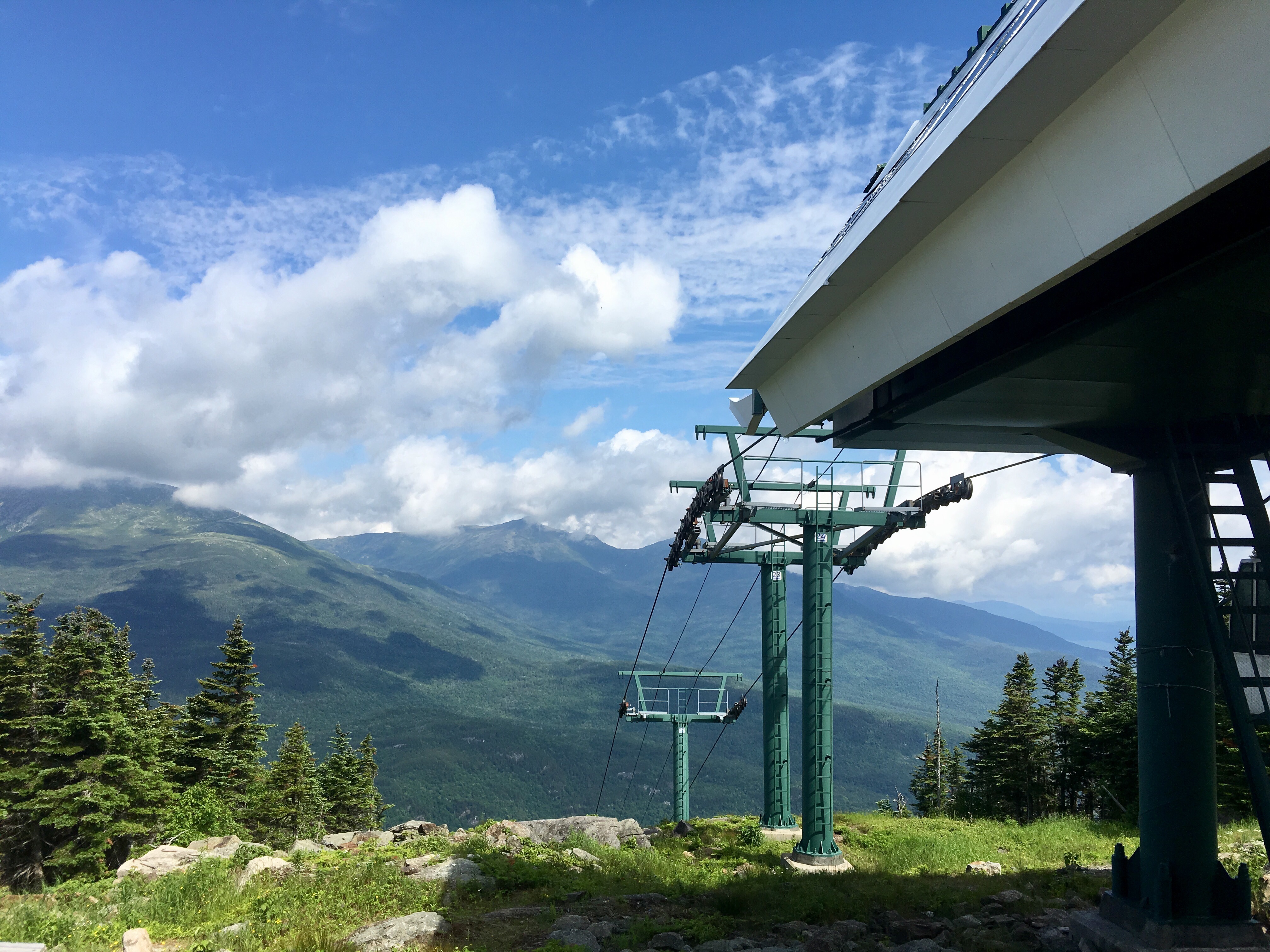 View from the gondola 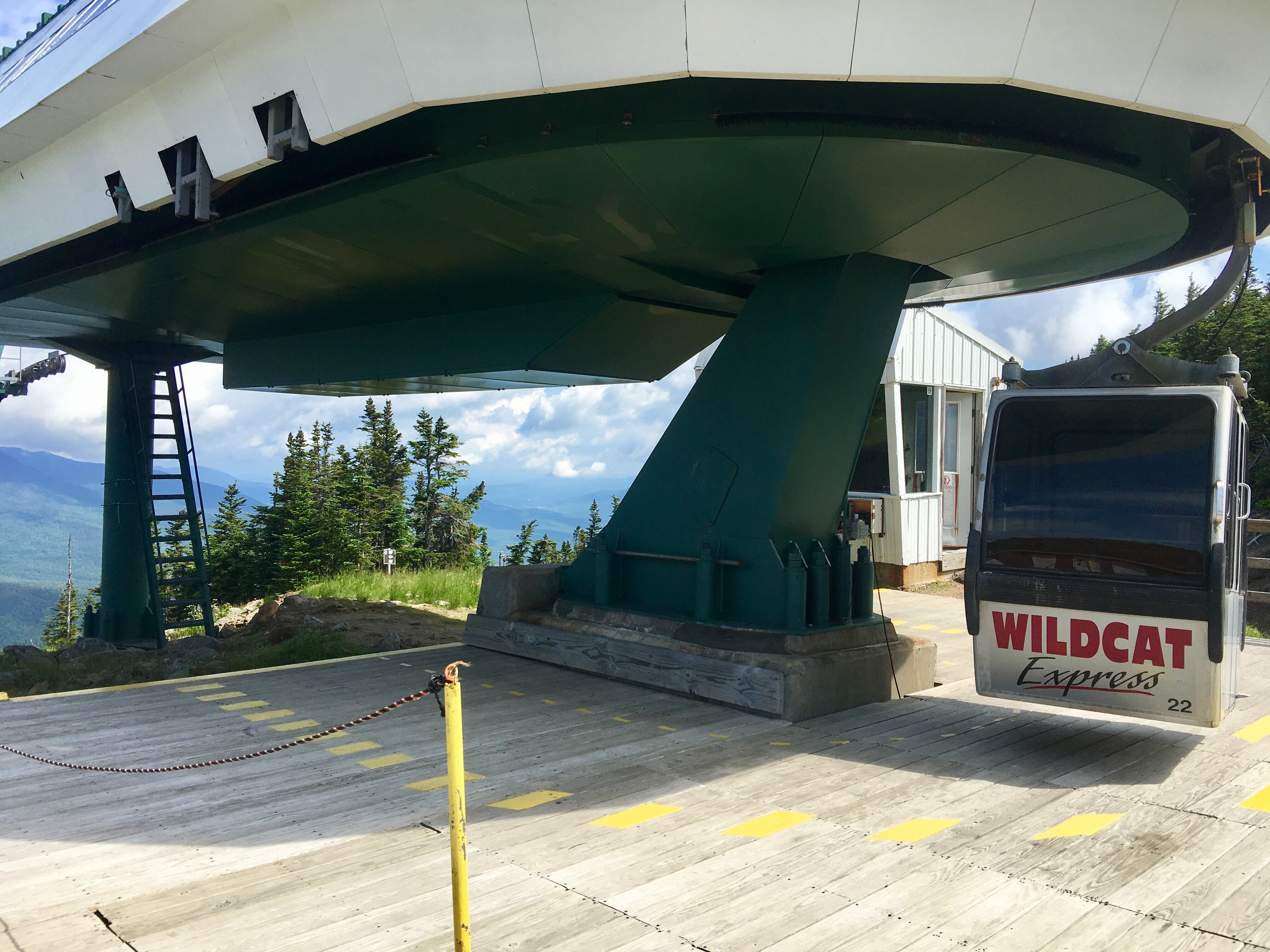 After making it up the hardest Wildcat peak, I came across Ellie on the AT and her parents going SOBO! I was following them on instagram and I knew they were close, so I was really excited to see them a second time. We chatted for a while and they gave me advice on the upcoming terrain. 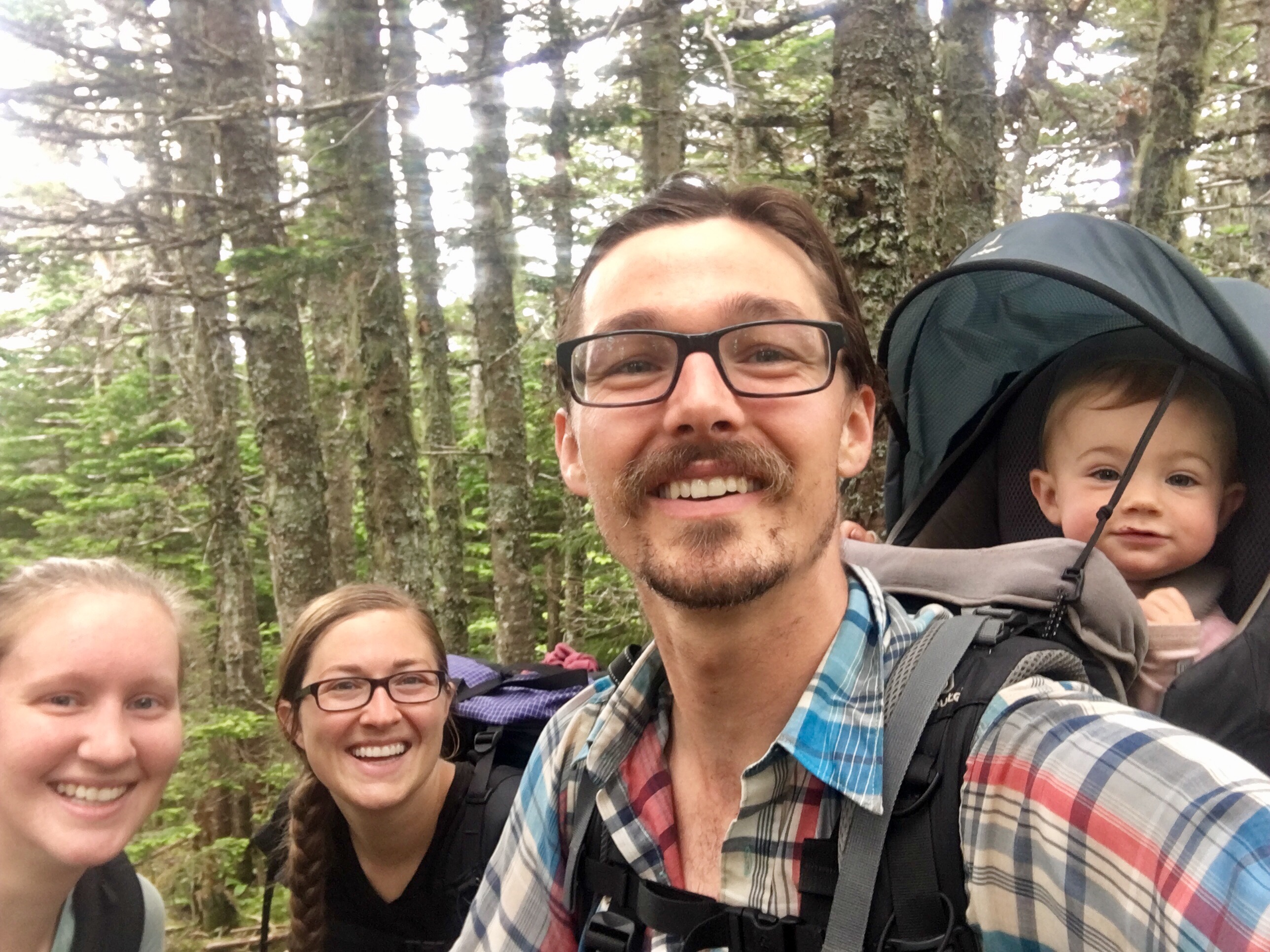 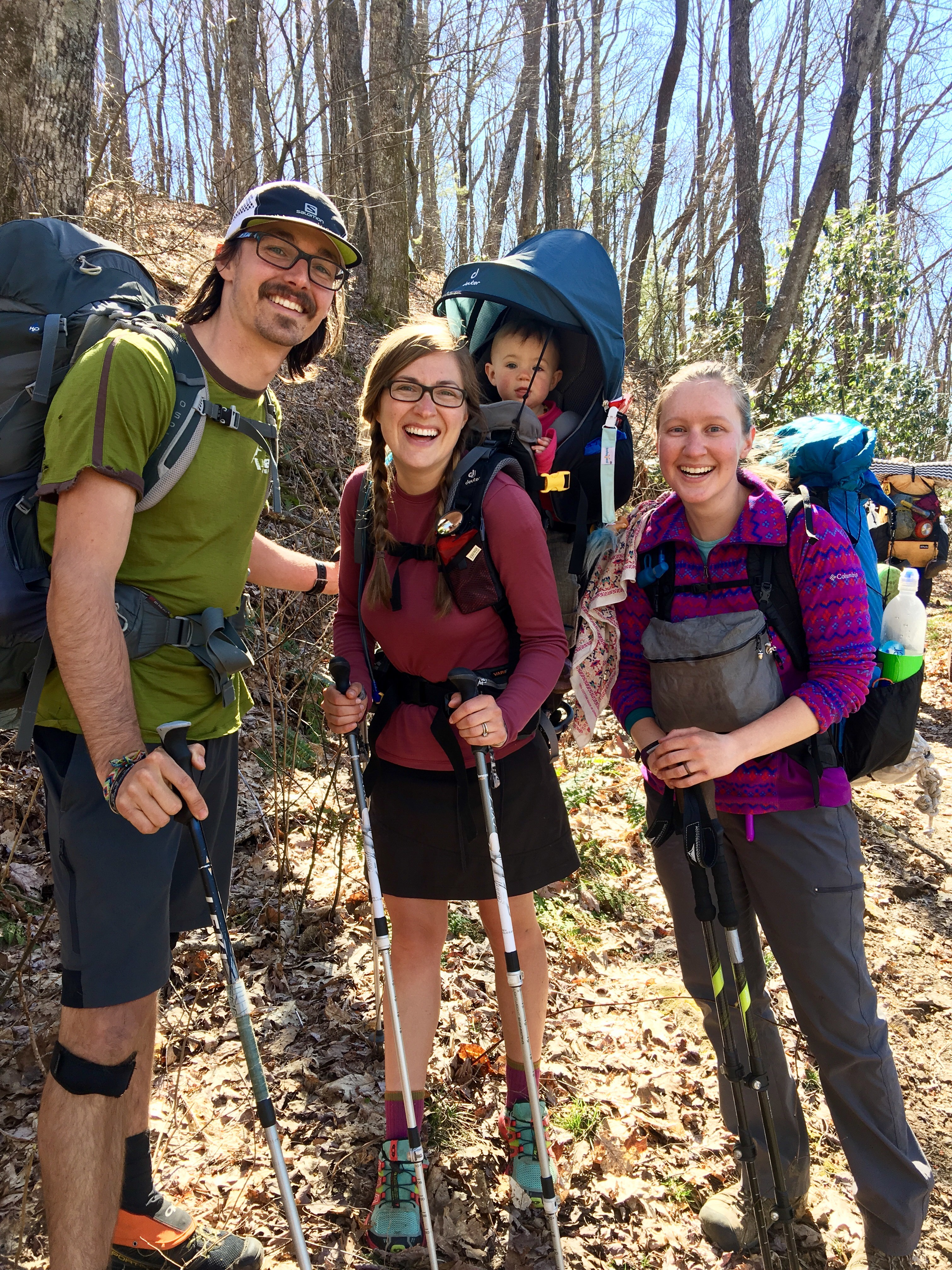 Ellie on the AT near Damascus, Virginia (4/8)

Seeing Ellie on the AT made my morning, and the climbs seemed to go by quicker. The views were breathtaking as usual, and I stopped for a quick snack on a ledge, admiring the view. 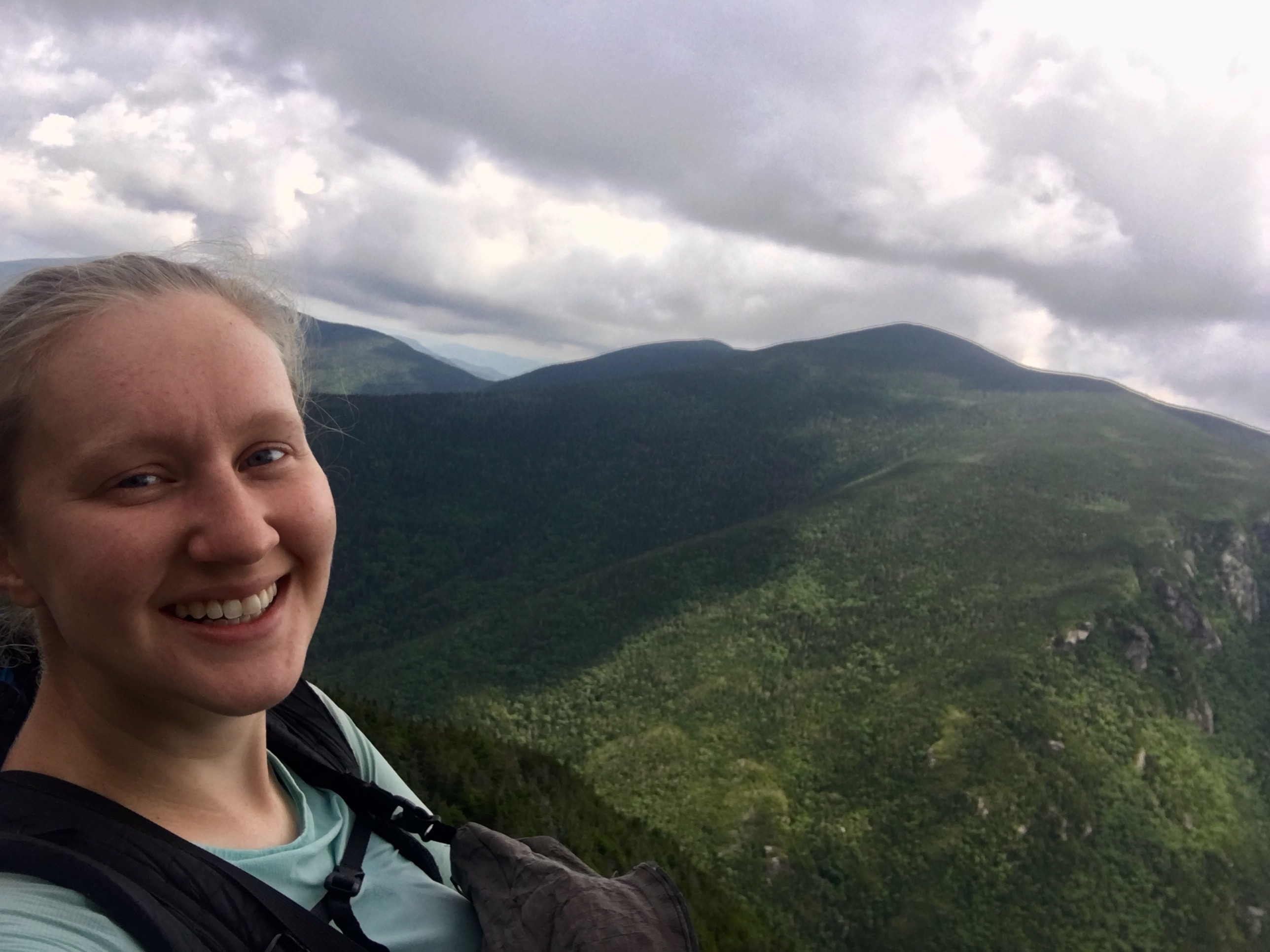 The climbs seemed never ending. I was lighter on my feet without my full pack weight, so jumping from rock to rock was easier and hiking overall was quicker, but the miles still went on and on. I passed Birk and Medicine Man on the descent from Carter mountain. It was a treacherous descent with lots of butt scooting and trying not to fall to our deaths. Birk and Medicine Man were going to Imp campsite so they were done when I had 8 miles left to go. 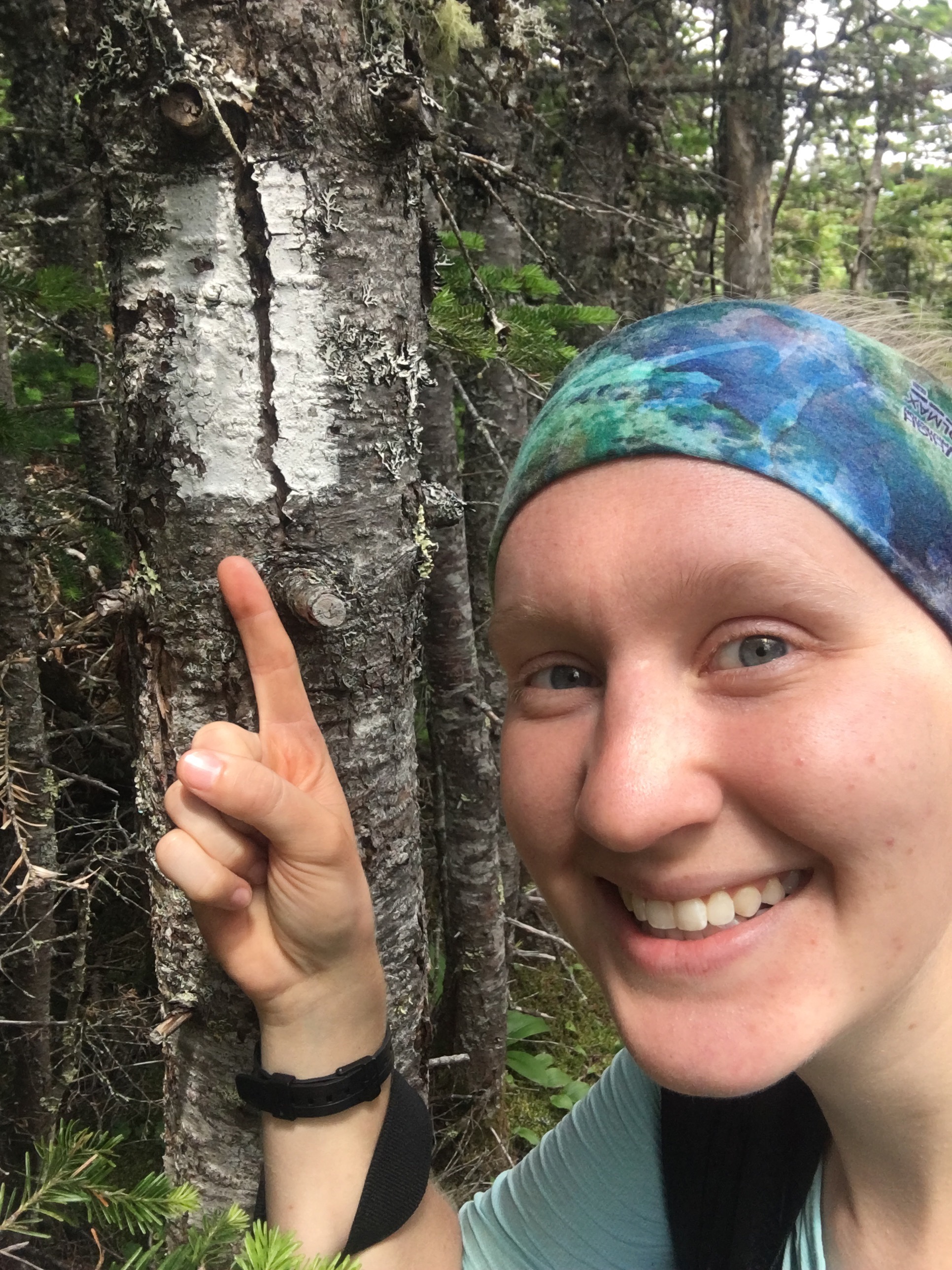 Posing with a rare white blaze

Winter caught up and passed me, and I passed Terminator. It was getting slightly dark, and I had just started the long 6 mile downhill to the road. I was out of water, but didn’t want to take the time to stop and filter some. I put my headlamp on and turned off my music at 7. I finally made it to the shelter 2 miles before the road, and I was spent. I sat down for a few minutes with Winter, and we talked with Dogmouse, Chopsticks (a hiker from the U.K.), and a few others. Terminator showed up, and I realized he had started at the same place as us today and had a full pack, which means he did 19 miles over the Wildcats with a full pack. He was staying at the shelter, and Winter and I pushed onto the road.

We got to the road at 9:08pm, and I called Paul. The Cadillac rolled in to pick us up. I was utterly exhausted, starving, and thirsty, but proud of accomplishing something I thought was near impossible. Back at The Barn, 2 SOBOs were cooking spaghetti and homemade marinara sauce. They offered me a bowl, and I’ve never had spaghetti that tasted as good as that bowl did. Rash and Piñata came down to say hi and we talked about the crazy day. They finished their hike at 7:50pm. After cleaning up, I showered and crawled into bed. 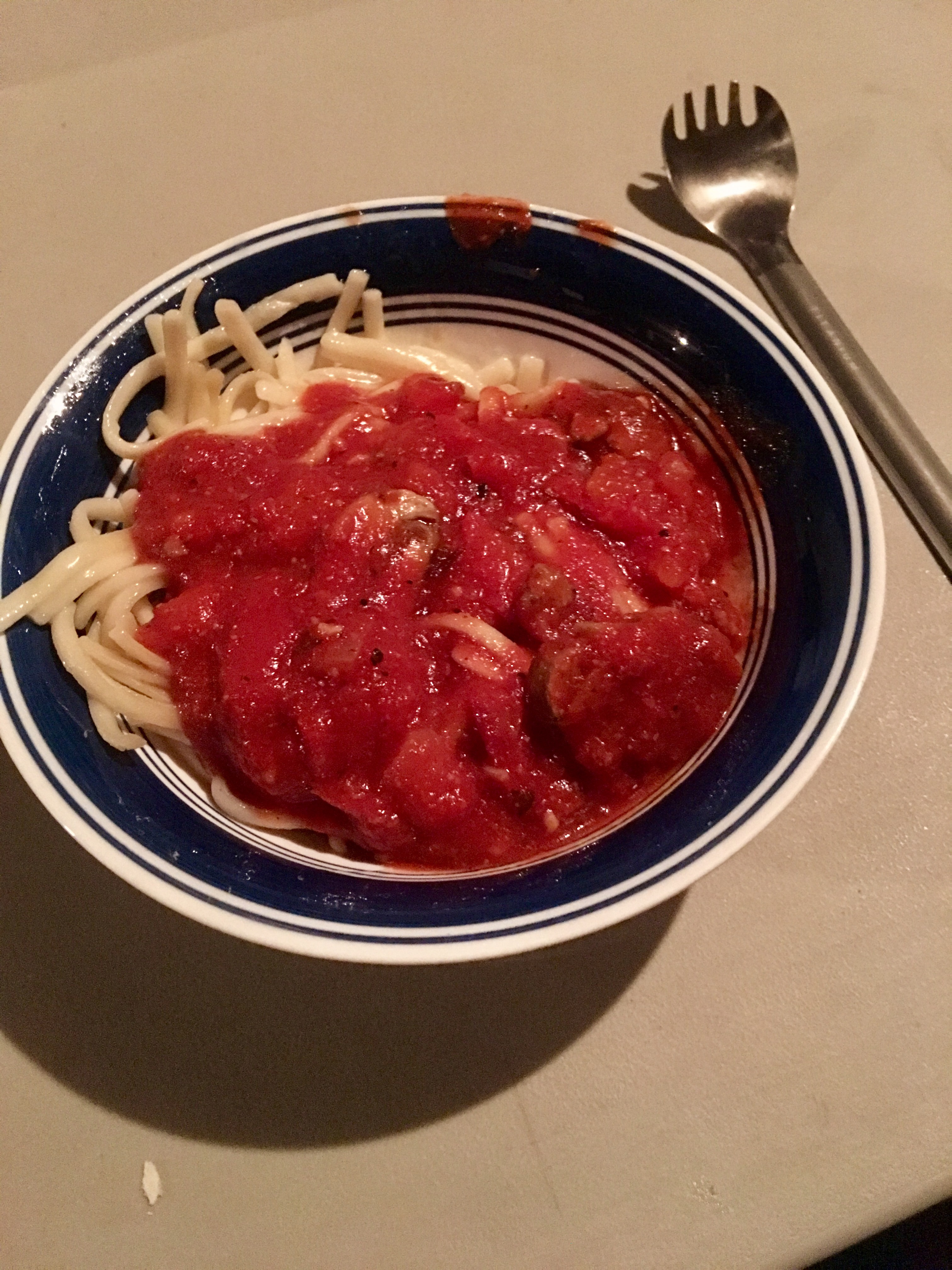 Paul runs a shuttle to the trailhead at 7:30am, but we asked if we could be taken later around 10:30am so we could sleep in after our crazy slackpack, and he agreed to take us. I was tired, but not sore like I normally feel after big days. I got up when the hunger pangs became too much, and headed across the street to Subway for a sub. I ate half my sweet onion chicken teriyaki sub for breakfast along with some snacks, and packed the rest out for lunch.

Putting everything back in my pack was a big ordeal. Once I got it done, it was time to leave. We decided to go a short 11.8 miles today instead of a bigger day to recover from the slackpack and to let us leave a little later. I stopped on a rock in front of Trident Col campsite and ate the rest of my sub, and Winter passed me. It started to rain lightly, which felt good because I was getting hot.

There were lots of muddy bogs to cross, and the rain coupled with slipping in the mud left my shoes drenched. It wasn’t raining when I got to the shelter, but I was drenched. The shelter was full of SOBOs and a few NOBOs, and that helped my decision to set up my hammock. There wasn’t a ton of hammock spaces, so I set up a little ways away from Rash and Piñata.

We ate dinner in the shelter, talking with Winter, Scratch (SOBO), and Edge (NOBO). Edge and Mix were on moose patrol on the pond near the shelter, and were supposed to yell if they saw one.