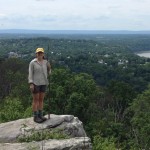 Sleeping In The Tent Corner To Keep It Upright, Peeing ON My Pants, And Other Misadventures

‘Twas a dark and stormy night… (well, not stormy yet, but we’ll get there).

Friends were gathered around the warmth of the campfire. We had braved the Smokies and smelled like we had as well. We heard from behind us a scraping metal sound. The squirrel guard was inching its way up the bear cables and we cheered when the wind pushed it to the top knot.

Minutes later, the wind picked up to a gust, forcing us to huddle around the fire to feel any kind of warmth. After False Alarm set his shoes on fire from standing a little too close, we all headed to bed, forced to an early sleep by the cold wind.

In my tent, I cuddled up in my sleeping bag and tried to hear myself think over the incredibly loud smacking of the rain fly as it flapped in the wind. We were parked on the top of a ridge, one day out from Hot Springs, N.C., and the gusts were relentless.

As I put away the Kindle, I noticed the tent poles. One corner of the fly had shifted over the pole so that the clip was taut, desperately grasping to hold onto its charge. I attempted to move the pole back over, with my forefinger and thumb resting on the mesh. My finger went through the mesh wall like hot butter, creating a hole the size of a quarter. (This tent is three weeks old, mind you. I’m upset.)

The wind raged on as the sun set.

I turn my headlamp back on to see how our tent is holding up and I am terrified to see that it is bowing over, heading toward my sleeping bag. I quickly sit up and position my back into the corner of the tent and ask False Alarm to do the same on the corner beside mine. (I have no idea if this helped keep the tent upright, but it seemed like the only solution at the time. Feel free to school me in the comments.) The poles slapped our backs in an annoying, offbeat rhythm.

I have no real idea how many miles per hour the wind was blowing, but it felt like the day at Girl Scout camp when, at 60 mph, a poor girl was trapped in a Porta-Potty as it tipped over from the force of the gusts.

We tried to sleep in the corner of our tent, feeling like sad little inchworms for what felt like the whole night, trying to keep our home from breaking or collapsing. Our bodies moved with the pounding of the wind, our backs freezing from the cold cyclone outside. My body lay at a right angle; False Alarm rested his head on my thigh, and I could feel my neck cry under the strain of the strange angle I forced it into. I considered getting up, packing up, and hiking the 13 miles into town that night. That very minute.

And as suddenly as it had come on, the wind disappeared. I was shocked, relieved, and apprehensive, all at the same time. Was it really over? Does this mean I can sleep?

Lightning lit up our tent like the Fourth of July, or perhaps like the outdoor lanterns claim they can, but never do. The next morning our neighbor informed us that she thought our tent had been struck and was on fire. All I knew, in that moment, was that the tent would hold underneath a rainstorm, and that I could finally sleep. I plopped down at 1 a.m. and unconsciousness rolled over me like the thunderstorm above my head. 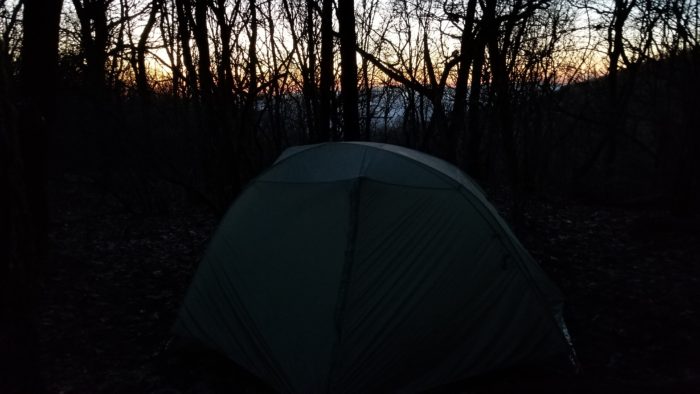 I was squatting down to pee, as one does in the woods.

My pants were around my calves and my hips were in practiced position. As I crouched there, at the base of Jacob’s Ladder, I heard a loud snap, and I immediately brought my head up to see what doom was headed my way. Unfortunately, my hips followed my noggin and I didn’t notice that I was not in proper position anymore until I felt a warmth run down my right calf.

It was too late. The damage had been done. I hiked up my pants, ran to my friends, and quickly passed them as I sprinted up one of the hardest climbs I have experienced so far, embarrassingly telling them the reason for my haste.

I arrived at the shelter within 20 minutes as the warmth provided by my bladder left wet patches on my pants, leaving me cold and mortified. I stripped down in the middle of the shelter, baby wiped as best I could, and put on my camp pants before anyone came down the trail.

As you might know, there are no laundromats in the wilderness. I’ll let you figure out what I had to do the next morning. 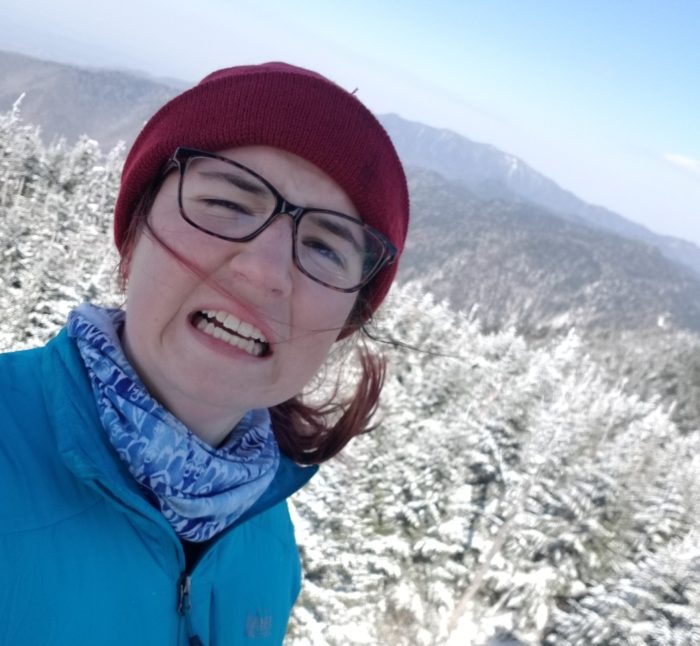 It was the end of a tough day. We crossed over the North Carolina-Georgia border and headed up a large climb out of Bly Gap. As we were cresting the mountain, False Alarm clenched to hold in what he believed could wait until the shelter. His butt had other plans.

He let one rip to alleviate the pressure, but felt as if something had come along with the flatulence. He took a few more steps, just in case he was mistaken, turned around to face me with the most defeated look, and said, “Oh no. I think I pooped my pants.”

Smack dab in the middle of the trail, False Alarm dropped his pants, bent over, and asked me to inspect the suspect area.

Practically bowled over in laughter, I tell him that he had not soiled his pants. It was… a false alarm. 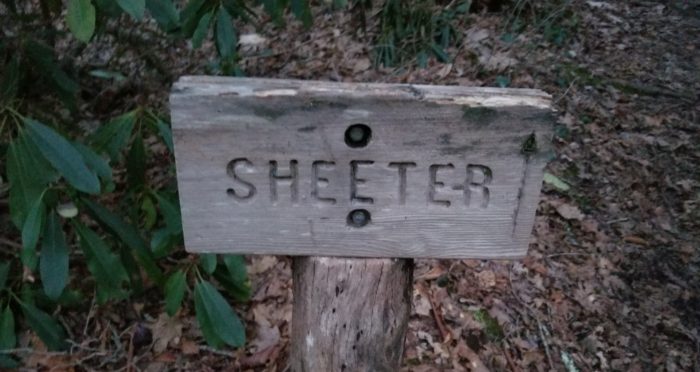 I’m only a month in, so imagine what nonsense I’ll get into in the next 30 days! Stay tuned!!

Knows a thing or two about sea cucumbers. Loves cheese and craft beer. Writes about science, hiking, and intersectional feminism. Thru-hiking the AT in 2018 to catch up on all of her favorite podcasts. Would love to have you read about her crazy journey here.