After a 3×5 foot sketch of Christ and a stack of biblical literature greeted us at the front desk, The Grand Prix Motel became our home for the night. Gatlinburg, we learned, is a redneck “tourist Mecca,” and the streets and pubs were packed. Ten-or-so hikers gathered for dinner at a mediocre bbq joint with a bottomless salad bar. Then we bought a bunch of cheap beer and hung around our room with a horror movie playing in the background; in the film five spelunkers—in the Appalachian Mountains—are devoured by mutant cannibal bat people.

Next day we split a shuttle with PeaceDawg and DanSmooth back into the Smokies. All day we hiked over a stunning icy ridge line. I thought it was the most beautiful stretch of trail so far. At one point PeaceDawg said we needed a team name. Kyle said “mudslide” and thus Team Mudslide was born. We stayed in Peck’s Corner shelter that night and reunited with Turbo, who soon became the fifth member of the Team. 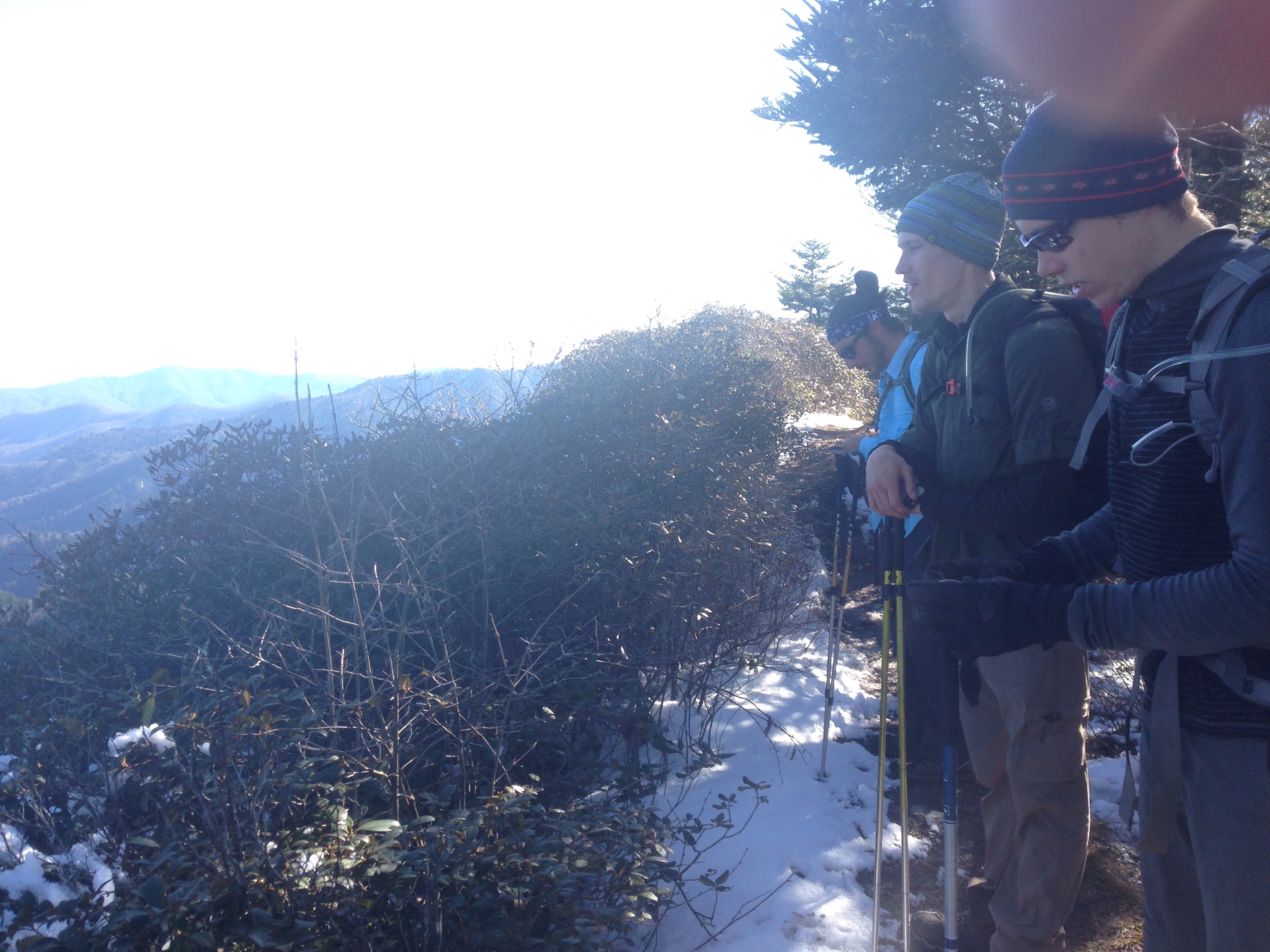 Heavyweight started leaving early for more miles and we only saw him occasionally after that. It’s an interesting social system on the trail where certain people stick with others for days or weeks at a time before switching off, kind of like changing partners in a line dance.

Day 23 ended 12.9 miles later at Cosby Knob shelter. We met two more hikers: Rozencrantz and Guildenstern. Aptly named after the Stoppard play, they really are a theatrical duo. Sometimes you hear them reading from a play they plan to memorize on the trail (great idea, right?), and sometimes you hear them talking and can’t tell it’s not a play.

Cosby Knob shelter rested in a beautiful gap, and it inspired a poem I put in the logbook: 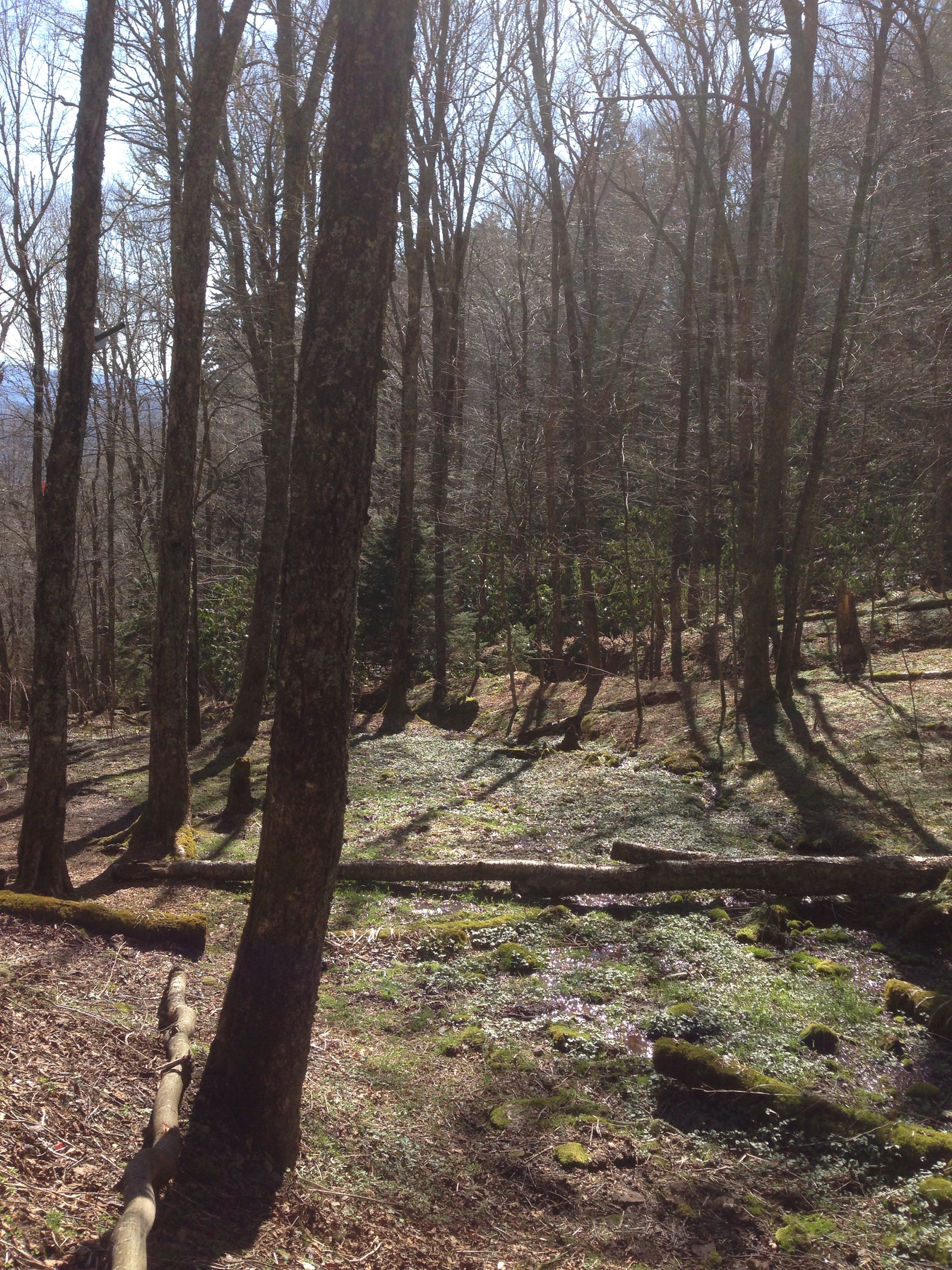 This light has mossed and molded
sluiced the tree shade and
fertilized my breath,
glimmering to soil
this enclave lulls with descent
lulls with quiescence:
my sleep, it soothes
my sleep, it thrives
will put us dark
together.

The next day we left the Great Smokey Mountains behind us, satisfied and relieved. We resupplied at Standing Bear Hostel and tented (no more forced shelters!) between two streams and beneath a brimming moon.