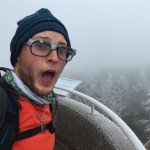 First things first – I cannot believe that I am on the trial now and am slowly making progress to completing a thru-hike. It seems like yesterday I was jokingly suggesting that I thru-hike the AT and began buying my gear, yet – here I am at Neels Gap 31 miles into the trail. 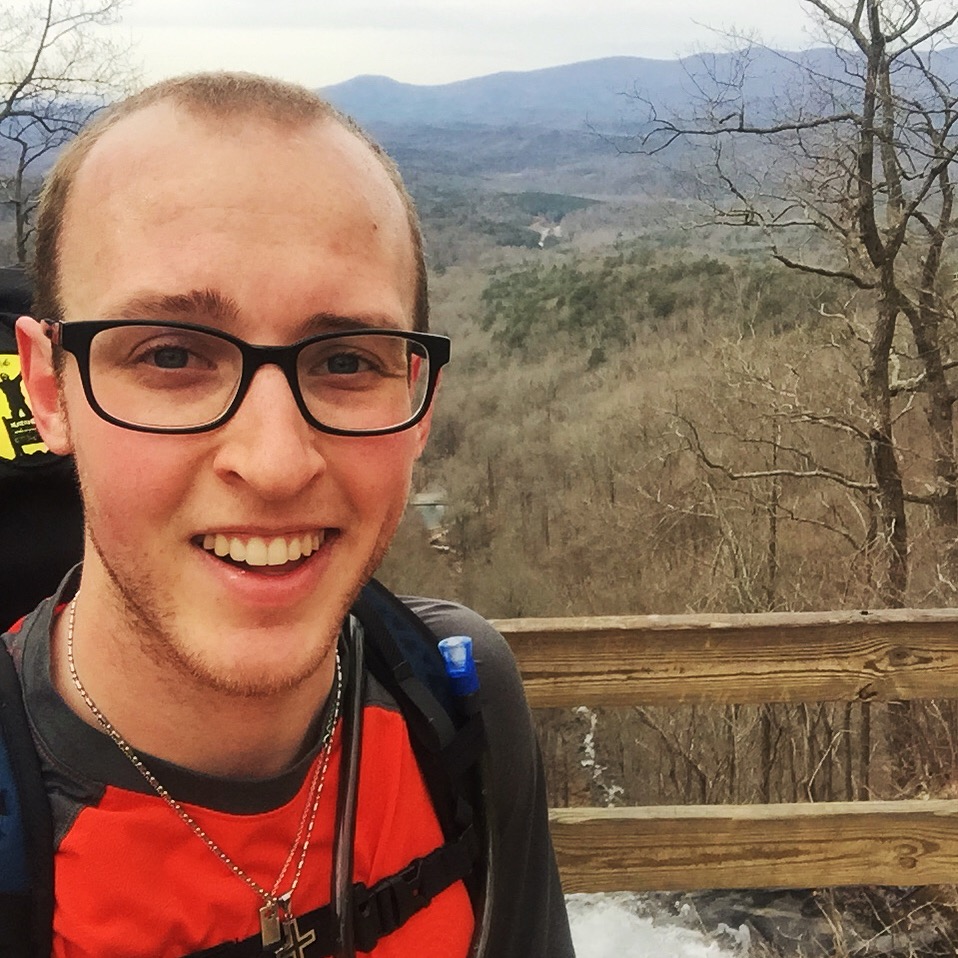 It also did not take long before the AT introduced itself to me. After a beautiful climb up the 600+ steps to the top of Amnicola Falls, I began what would be an eventful first day. I knew that there was rain coming and that whenever it started it was going to rain a lot, so needless to say, it was in my best interest to keep moving. Around noon small flakes started to fall and it wasn’t long after when the snow was falling in what felt like blizzard fashion. Considering that freezing to death is one of my only ‘real’ fears on the AT, I immediately began to freak out that I would lose the trail, not be able to pitch my tent, and freeze to death. Happily that did not happen, instead I ran into a fellow App Trials blogger on the summit of Springer, we promptly took a picture and tried to find the shelter.

Once we found the shelter, I immediately wanted to take off my wet clothes and put on warm, dry clothes. Because of the falling snow, my glasses had fogged and I had placed them right below my chin on my jacket. This would immediately prove to be a poor decision. After I had climbed upstairs, I reached to grab the ledge when they fell off my down jacket and immediately broke into two. With good intentions, the guy was helping me up asked, “Oh are those the glasses that separate at the nose piece?” I sadly shook my head and explained how that was not natural. After some thinking I have now placed a pen on the top of my glasses with duct tape latching them together which has earned me an early trail name of McGyver (who I am told repaired things).

To say that my first day was a little rough felt like an understatement, but now I laugh and say thank you – this is what the AT is going to be like.

After feeling like I escaped death for the first time, I started off on my own to what would be a day of many miles. After meeting two guys, we started out to a shelter that was 13 miles from where they started (15.6 miles from where I had started). We crossed over two fairly large climbs (for the Appalachians) and arrived at the shelter around 4:45pm – feeling sore, hungry, and exhausted.

The real fun of the night began when a father and son arrived at 9pm. It was already fairly chilly (around lower 30s) and the father had no water, food, or appropriate clothing. Unfortunately, the son thought that he was at Springer Mountain, instead he was at Gooch Mountain Shelter – some 15 miles up the trail. After some convincing, they decided that it would not have been safe for either the dad or the son to leave and try and hike the 4.5 miles in that they had already completed. It was not only scary to see, but also a reminder that preparedness is so important and not something that should ever be overlooked.

Continuing on with the two guys that I had met the day before, we decided that today should be an easier day than last because of the abuse that we had done to our bodies. The night before a group from “The 12 Tribes” had brought Yerba Matae tea and some bars that were made from organic something, my first trail magic. They had told us that if we could make 5 miles by 1pm they would have homemade chicken noodle soup and bread waiting for us. Even though it was only 3 days in, we rejoiced at the thought of homemade soup and bread. After 5 miles of climbing, we finally made it and boy was it worth it. The soup was amazing and the bread was even more hearty, but most of all, the pleasant fellowship that was surrounding the meal had a sacred feeling to it.

After an easy four miles, we set up camp and enjoyed the rest of the beautiful afternoon that we had.

It really is amazing to think that I am thru-hiking the Appalachian Trail right now. Not only does it feel a little like a dream, but it feels like a completely different world where people from every background come, converse, and enjoy each other’s company. The conversations that I have had have been enlightening, encouraging, and enjoyable. The people I have met have been strange, but interesting, diverse, but the same, and crazy, but peaceful. God is here even though the very idea is often scoffed at. Hike on. Love on.

Ps. I would have updated more pictures, but the uploader wasn’t playing nice. Technology.

I graduated from Valparaiso University in 2015, now I am leaving the "normal world" behind to experience another adventure in the obscure and crazy life that I have lived. The best part? I can't remember what made me want to do it...