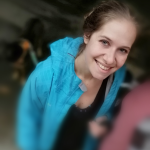 It was mid-September and I was anxious to finish the trail before winter set in. So I packed up all my gear and impatiently waited till the weekend. Then last minute, I hit a speed bump. The last segment of the trail was an hour and a half from the house and Jeremy didn’t have the time to pick me up. I was crushed, and (stupidly) determined. I had begun this journey because I felt like I had paused my passions when they were inconvenient and I needed this. I needed to know that I could do this. So I started to drive.

On the road I called up two shuttle services. Full. Then I called a number for a kayak shop that someone had written on reddit did pickups. No answer. So I drove on, knowing that likely I would have to turn around.

When I arrived at the park, the lot was empty. No hope for hitchhiking. Anyway, who was I kidding? I had two large dogs with me, a backpack, and was trying to arrive at a location 40 minutes down the road. My chances of catching a ride, even from the kindest of strangers, seemed low. I looked at my phone and my signal bounced. As a last-ditch effort I opened Uber. No signal, then “no rides in your area.” I reloaded and then reloaded again. Suddenly, miracle of miracles, I was connected to a nearby driver!

I had sent Lester a message that I was traveling with two dogs, but the look of surprise on his face when he pulled up showed me that he hadn’t received it. Nonetheless, he was a good sport and said that as long as they didn’t pee in his car, the dogs could join us for the ride. Over the next hour we spoke about my hiking and his experiences mountain biking portions of the trail. He was concerned for me as a girl hiking solo and we spoke about what it means to follow your own path. He still waited for a while after we reached our destination to make sure I got on the trail safely.

And Kimbo, Sadie, and I were off! Travel had taken awhile and I knew I had only two and a half days to complete 35 miles. It was going to be a sprint to the finish line.

One of the things I loved most about the trail was how empty it was. During my entire hike of the Laurel Highlands I passed by a grand total of eight hiking groups. I loved being truly alone. The trail was mine and it was extraordinary to me that somewhere so close to home could feel so far.

Reaching the highway overpass was a huge highlight for me. I had passed underneath this bridge with the big lettering “Laurel Highlands” on Route 22, dozens if not hundreds of times. I would always look up and wonder what it would be like to be looking down from the trail. I crossed the bridge just as the sun was beginning to set and briefly felt on top of the world, before hurrying to make camp for the night. 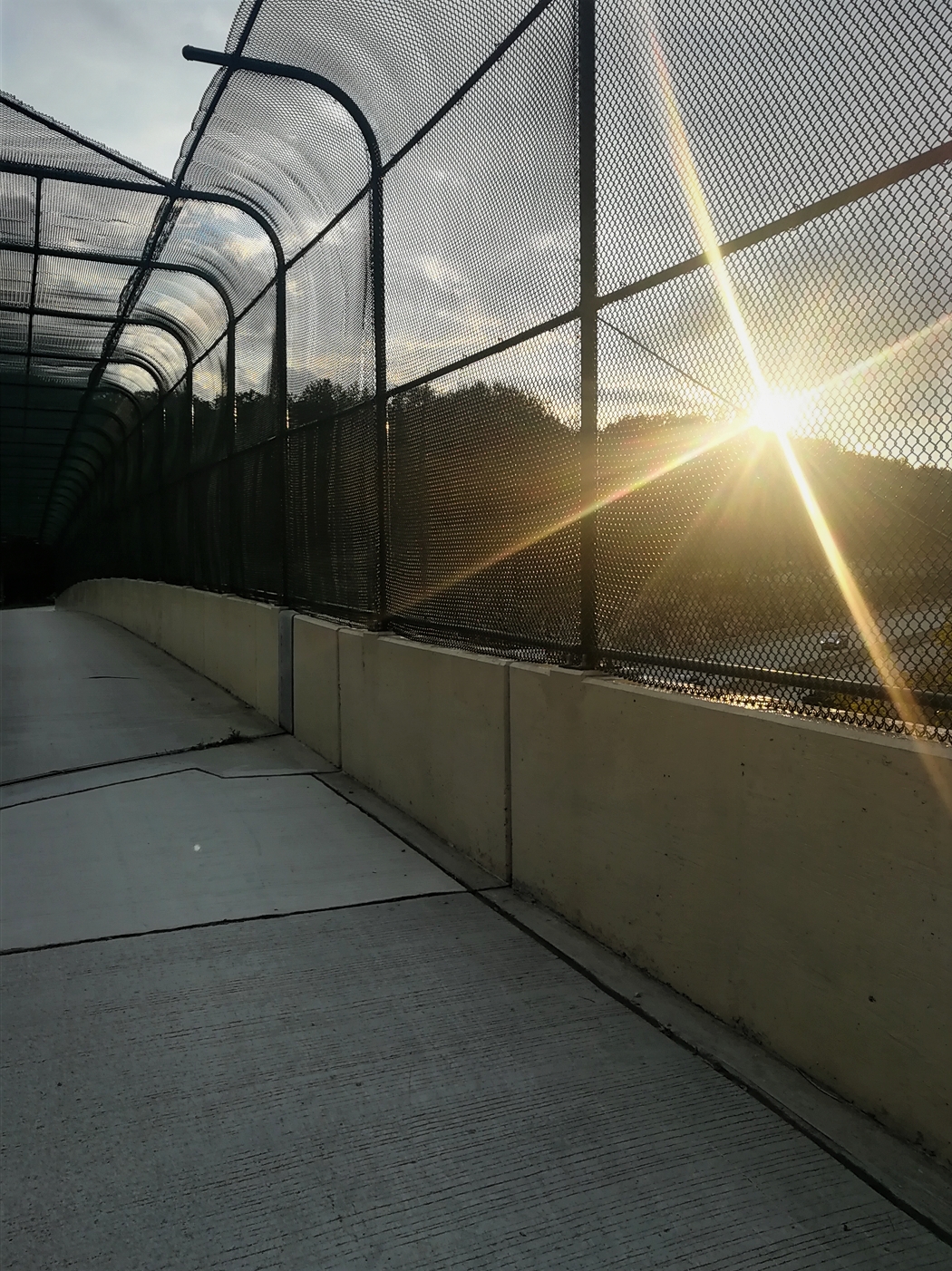 After my first night in the shelter I learned that I needed a tent. The dogs were calmer and we all slept. At first light, the dogs and I made a quick breakfast of oatmeal and coffee and continued our hike. By now we had a reached a rhythm. I would stop every few miles to break and give them water. They in turn would pause whenever I stopped and wait till I was ready to move on. We were a team and it felt good.

The second and final night on the trail I convinced Jeremy to join me to sleep. He had to be at work the next day and couldn’t accompany me on the hike, but brought beers and proved himself a master fire-builder. We drank and laughed well into the night. He didn’t much appreciate my culinary skills and balked at the idea of eating macaroni and cheese with no milk or butter, claiming that while I might be roughing it, he was heading back to civilization the next day and had had pizza for dinner. I laughed and happily ate the whole thing myself. Any hot food is delicious when you’ve walked 15 miles. 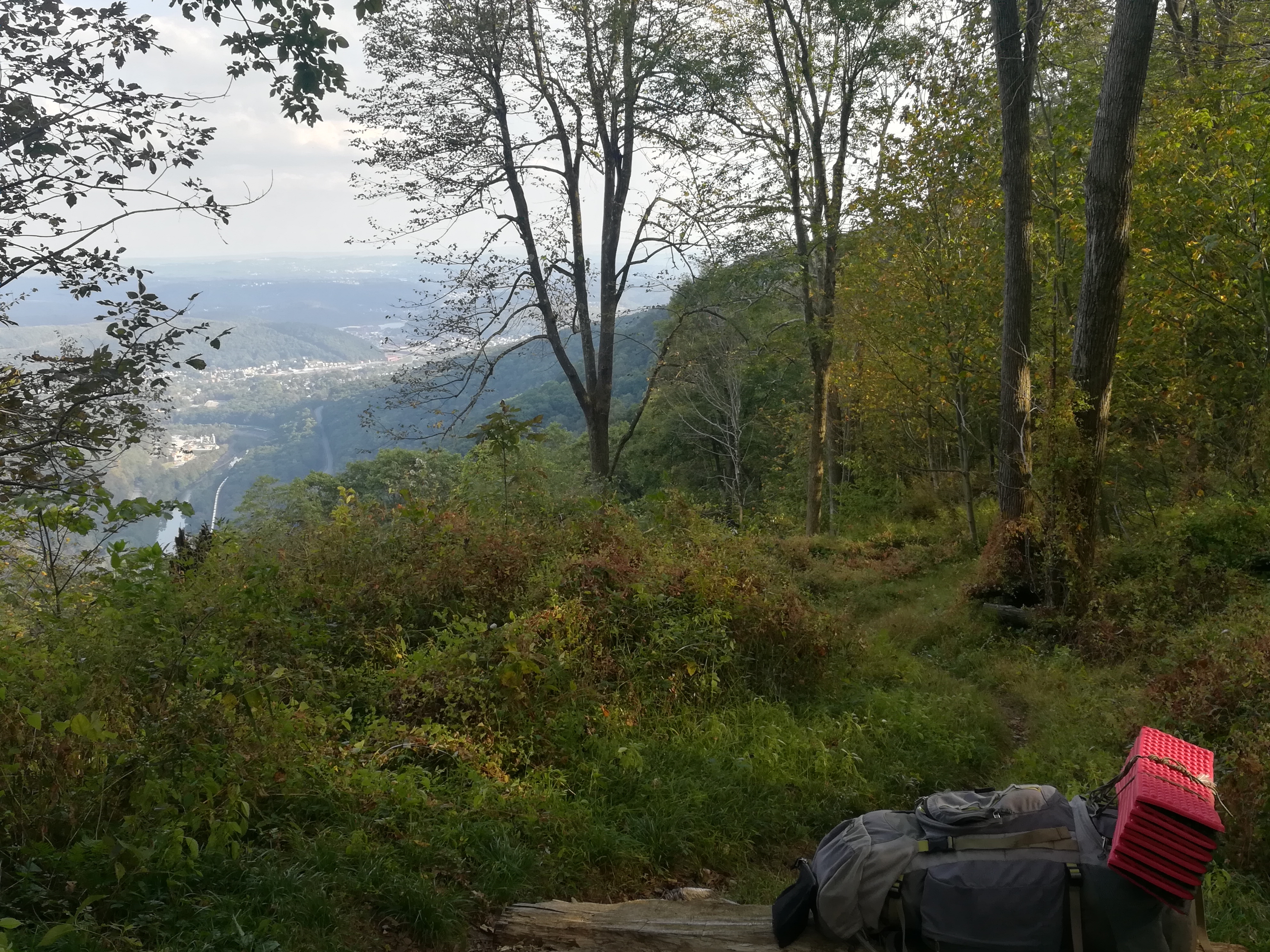 Most of the last day was easy, and though my shoulders ached I enjoyed the diverse terrain. We would walk from moss-covered rocks to the top of sand-covered dunes, and then pass through large boulders that towered above us. The dogs discovered they had an affinity for chipmunks, and when the chipmunks squeaked they would respond by whining and pulling at the end of their leashes. The last five miles were harder than I expected but worth it for the view!

Heading down the hill we reached mile 70, and with a sense of elation and victory we trudged the last few feet to the car and began the long ride home. Done. 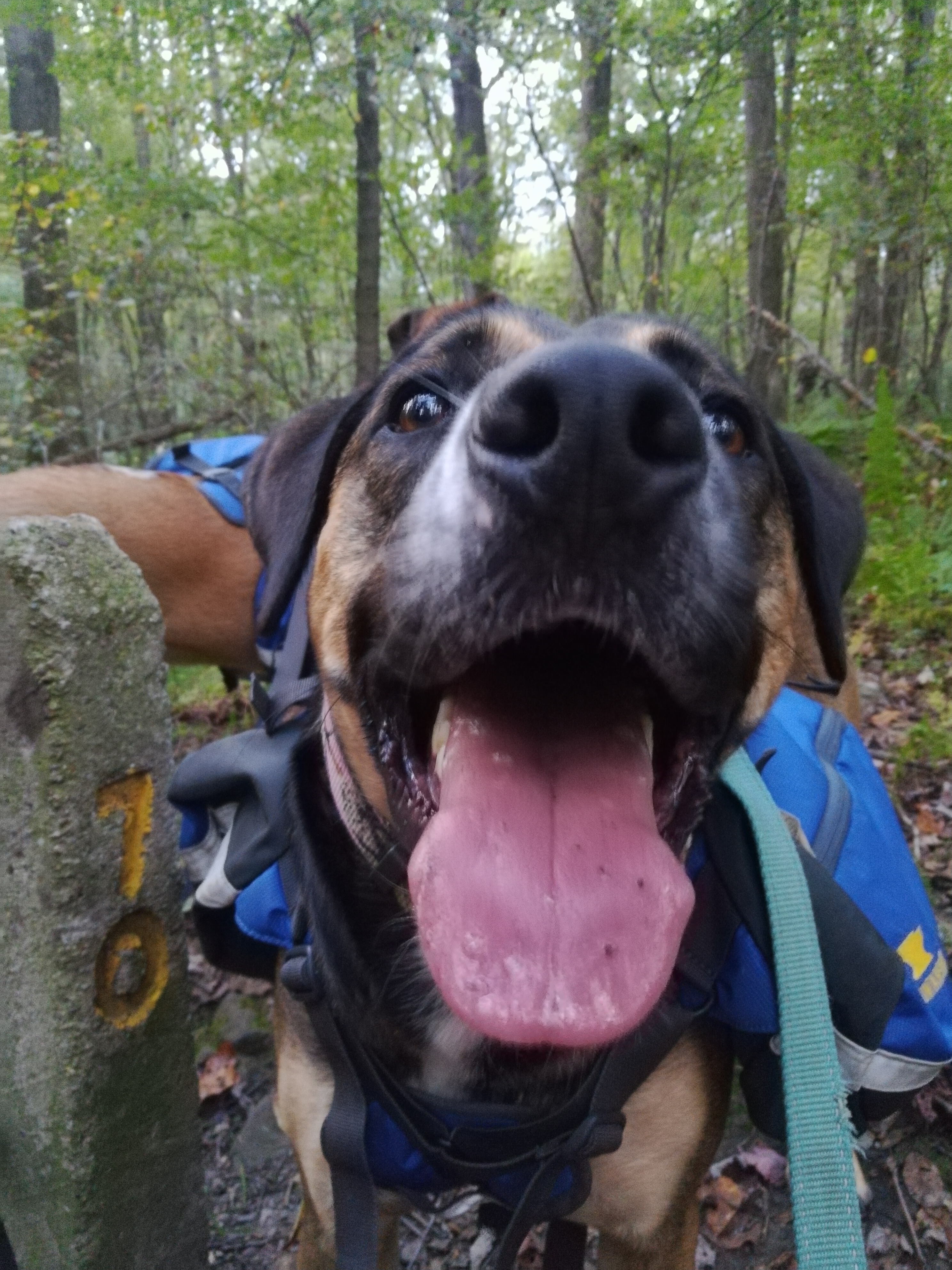