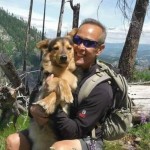 Last November, after finishing 3 months of rigorous rehab after a knee replacement and then 3 months of some extensive “self testing” with trail weight on trails, thousands of stairs, and hrs on a treadmill set at max grade, gave myself the green light for an AT through hike attempt in 22. One of the first calls I made was to “Sonny.” We hadn’t spoken in years but as is the case with buddies and teammates (essentially family) who had been through a year of major “adversity” together, picked up a conversation as if we had spoken the day before.

One of the things we talked about at length was the AT (He successfully hiked northbound a few years ago). I followed his trek, was so impressed not just about his accomplishment, but also his brutal honesty (about how he was or wasn’t prepared and how he handled various adversaries). “Sonny’s” posts were engaging, entertaining, and sometimes down right damn funny. I respect someone who can laugh at themselves. I expected no less. We talked primarily about gear and then some perceptions I had about specific stretches and points along the trail.

Finally Sonny asked “Hey, when are you starting from Springer Dude?” I replied first week of June starting in Maine, doing a SOBO. Sonny says “Southbounders are weird!” I asked why. He replied jokingly with the same 3 words, “Southbounders are weird.” Then he wouldn’t elaborate on it. I didn’t think anymore about it and then Sonny offered to meet me on Springer when finished (hopefully early November)….cool beans, that will be awesome.

Sitting here waiting impatiently to depart,though the travel plan up is now a bit sketchy (Thanks for the curveball Amtrak). Other than reading other hiker’s blogs (jelly not out there yet. but that was a personal choice), probably am thinking about some things that usually I wouldn’t devote brain cells to. So today it’s this NOBO/SOBO thing.

I guess the question is it indeed a thing? Is it related to perceptions/misperceptions of those “other hikers? Is it something people actually bring on themselves? I have no idea. Frankly, have always been interested with going “contrary” on the AT. Primarily to avoid the northern bubble but have to admit, intrigued with the @10% that try it SOBO. Maybe my brain is backwards, but like the idea of having Katahdin and the 100 Mile Wilderness in the rearview mirror. Have trekked through the Whites in NH numerous times and relish the thought of trekking through them in July. Then there’s the psychological aspect of travelling south towards home. Home for Thanksgiving with family and eating to put some meat back on the already skinny frame, gorging until ya fall to sleep (My much better half, K1, keeps using that word “emaciated” whenever I bring up potential weight loss on a through hike, lol). Most practical is the “tactical” aspect. Walking into hikers coming from where you are going, get the latest gouge on water crossings, campsites, cool or uncool things, trail magic, town stops, weirdos, etc. That helped immensly last time section hiking on the PCT.

Flip Flop on the Flip Flop

That all said, had actually convinced myself to do a Flip Flop, starting in Harper’s Ferry going south, then trans back to WVA to begin the northern leg to ME. But important family events popped up and don’t want to miss them. Could’ve started wherever, gotten off then later back on, but chose not to do that. So, the route was made up for me. Well see if things happen for a reason.

Yeah, I know will miss a lot of the trail magic, festivals, etc., the further south I(we?) go. Certainly drawbacks to starting in Maine in early June, I believe most know what they are. Cool thing is one of the May family events is in Colorado and will have time to walk with my loaded pack in the Rockies, true test, final op shakeout.

Are southbounders weird? I guess I’ll find out. The other day, while talking on the phone with an amigo, out of the blue he says “Dude, you’re f…..g weird.” K1 often refers to me as NQR….Not Quite Right…..hahaha. Am truly looking forward to the humorous tales and “witty banter” while on the trail. Peace out to all through hikers, no matter which way you do it. You’re doing it!

Shout out to my friends at The Teressa Rosiland French Foundation

"Walks of Life"......Aloha, I'm a US Army retiree and 2 x cancer survivor. At age 8 my Mom took me to this place called Harper's Ferry. Part of that magical weekend involved discovering this thing called the Appalachian Trail. When told it went from ME to GA and one can actually walk the whole thing, it blew up my little mind. Ever since it's been a bucket list item. Have done numerous section hikes on the AT & PCT over the years, but life circumstances finally allow for an AT through hike (SOBO start in Jun). This is also the "ultimate rehab validation" (total hip replacement, impromptu, lol, in 2020 due to a mountain bike crash, planned total knee replacement in 21). Hence the moniker, "Tin Man." That said, guess I need a brain now. Last but not least, it's an opportunity to give back. I'm representing the Teressa Rosalind French Foundation. Teressa was a loving, vibrant young lady who was taken from this earth unexpectantly at age 16. The Foundation provides scholarships and grants to young students wishing to meet their educational and spiritual goals. It's my aim to first, remember Teressa (take her spirit on the trail), then spread awareness of the wonderful opportunities the Foundation makes available to students. If interested in helping the Foundation meet it's goals, please go to the website: https://teressarosalindfrenchfoundation.org/about/ ALL gifts/donations go towards grants and scholarships. I'm fortunate and blessed to have this unique opportunity to "pack it all in" for 5-6 months. Excited to get back on the trail, see and experience so much (yes, including "hiccups" along the way, lol) and for the opportunity to meet so many interesting people from so many "walks" of life. Everyday is a blessing.