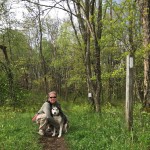 So, you want to walk to Maine. Or maybe it’s Georgia, but that doesn’t really matter because you’re probably not going to make it either way. Yes, I said it. It doesn’t matter where you start your thru-hike, you are probably NOT going to make it from one end of those 14 states to the other.

I can imagine the appalled, angry, or shocked disbelief from some of you. I’m probably not going to make it? But I haven’t even started yet! What if I do fail? You don’t know me! What if you’re right? How dare you make assumptions about me!

The list of potential emotional responses to my claim is huge. And that’s good.

I’m sorry, I’m probably not making much sense to you right now so let me try to clear things up.

Statistics Say You Are Screwed 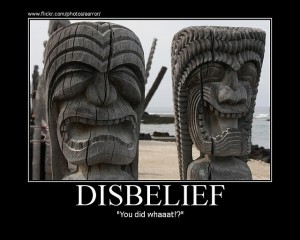 Each year thousands of people set off from Katadhin, Maine or Springer Mountain, Georgia to earn the title of an Appalachian Trail thru-hiker after spending weeks, months, even YEARS preparing for the trip. They read the books about people who have done it, they followed the blogs about people doing it, and they imagined starry nights under the sky for weeks and months on end. They imagined their moment of triumph standing next to the wooden sign signaling the end of their journey and the congratulations of the hundreds of people cheering for them to finish.

And yet, after all of that, less than 30% ever really make it each year.

According to the Appalachian Trail Conservancy there were 2,500 northbound attempts and 242 southbound attempts in 2014. At the end of the year only 714 of those 2,742 people claimed the title of a thru-hiker: 644 NOBO and 70 SOBO. That is a 26% and 29% completion respectively. In 2013 there was a 26% completion of NOBO thru-hikers and 28% of those SOBO. In other words, as an aspiring thru-hiker you are screwed, at least statistically speaking.

Now, remember when I said it doesn’t matter where you start your thru-hike because you’re probably not going to make it anyway? Now I have a second statement to let you think about: I believe that whatever emotional response you had to my first statement will tell you, with a fairly high level of accuracy, which of the completion/fail categories you will be in at the end of the year. 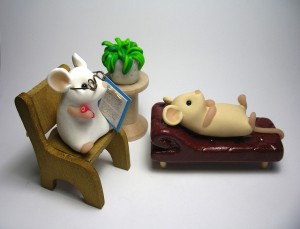 And how does that make you feel?

I make that second statement not using statistics or any measurable data just my own personal experience dealing with people and personalities. Now, you might ask what kind of people expert are you to make THAT statement. Simple answer: I’m not. I’m not a social worker. I’m not a psychologist, psychiatrist, or any other professional with an –ist at the end unless you consider a realist a professional. What I am is an observant human being who has taken a great interest in management and leadership styles over the years and an interest in what makes people work and not work. I’ve seen how key it is to motivate different people in different situations to get the outcome you want and that’s really a pretty good description of what a thru-hike is. In the simplest of terms, a thru-hike is nothing more than a situation you put yourself in with two key ingredients needed for success, stating your end goal and stating your motivation. That’s really the whole point of Zach Davis’ book Appalachian Trials, mentally preparing to hike 2,100+ miles and how to put up with all of the ups-and-downs those miles entail. He constantly talked about having lists to remind you of why you are doing it and what will happen if you stop because he knows that it doesn’t matter how much gear you have or how in shape you are, without the right motivation you cannot succeed.

So how can you beat those statistics? Go back to my second key statement: whatever emotional response you had to my first statement will tell you, with a fairly high level of accuracy, which of the completion/fail categories you will be in at the end of the year. What was your response? I’ll tell you the big 3 that come to my mind and what choices they present you with. 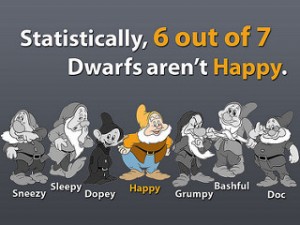 All three of these responses leave you with two choices: Throw your plans out the window, sell your gear and guide books on E-bay, tell everyone you weren’t really serious about it, and always wonder what if you had started the journey OR you can make those lists Zach Davis talked about, get your gear together, constantly remind yourself why you’re doing it, and then go do it and have the story of a lifetime.

It doesn’t matter which wooden sign you start at, when you take your first step on the trail head you automatically become a statistic. The only question then becomes which one. It’s your choice.