This post has nothing and everything to do with thru-hiking the Appalachian Trail. It’s about getting these old bones and, especially, my head, ready to step through the arch next February. And I like to let folks know I’m alive and reasonably well and fully vaccinated. Praise God for small successes.

But real life does get in the way. I have enjoyed the send-offs for this year’s NOBOs but I have not been up to writing. Plus, I have been dealing with other things which have kept my emotional and creative energies occupied. But I have been getting down to Letchworth State Park almost every week. It’s my healing place.

I first hiked Letchworth Trail 16 back in January, with no snow to be seen. Only the first section of the trail, one of the approach trails to the Letchworth segment of the Finger Lakes Trail, has had any recent blazing or maintenance. Some sections, it seemed, just weren’t there anymore, thanks to washouts and the forest taking back its own. I wrote a post about that jaunt at the end of January.

The trail isn’t particularly grand and does not have the spectacular views of many of the Letchworth trails, but I keep going back. I like comparing old maps with new and exploring to find whether the previously marked trails are still usable. The map out of my old Friends of Letchworth trail guide (c1999!) shows two spurs to river overlooks, a loop, and a crossover. The most recent park map shows only the north spur and loop. Even that was optimistic as the middle ladder leg had gone missing. 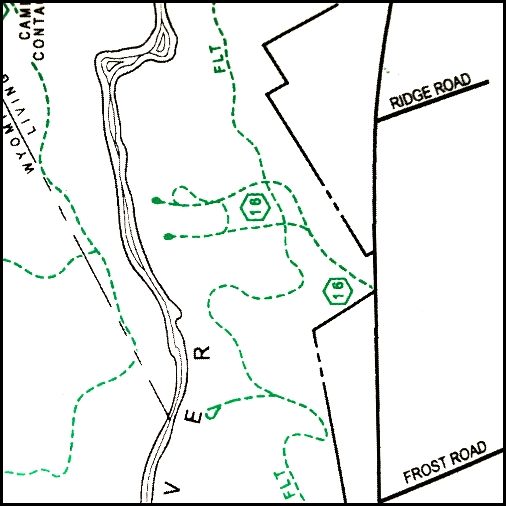 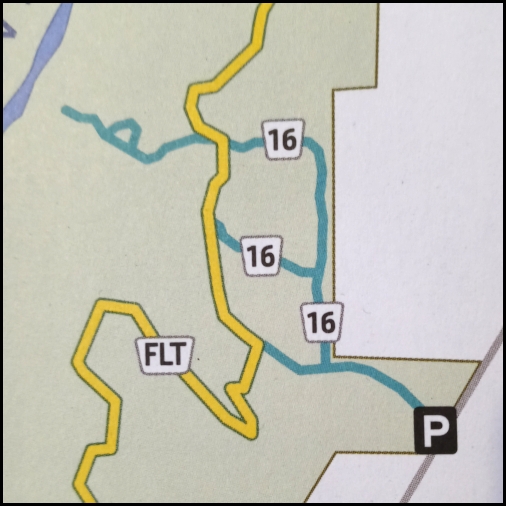 So I went exploring.

First, the FLT had been rerouted to the west since the original map so intersections weren’t where I expected. The crossover between the north and south spurs was easy enough to find from the north end, but it was much closer to the FLT than shown. The south spur appeared to be washed out west of the crossover and overgrown with scrub and thorns to the east. I detoured through the woods for the hundred yards or thereabouts it took back to the FLT. I didn’t see any sign of the ladder link back to the north-south section as shown on the new map. By then it was time to head back to the car. I was on snowshoes at the time and having mushed down to the end of the north spur and back, my legs were telling me I was done for the day.

There was beer and music at Dublin Corners Farm Brewery on the way home. Life could be a lot worse.

Back again with the All Trails recorder.

The snow was mostly gone by the time I got back to trail 16 in March. This time I had the All Trails recorder running. I had previously figured out where the middle ladder leg was hiding so I followed it from the north-south section to the FLT. I completely missed the north spur crossing but decided to continue on the power line trail crossing and back. There is a tidy little lean-to on the FLT just south of the power line. The photograph of it is with the Yashica-D. On the way back I found the north spur and jumped over to the crossover and back to the car. As you can see from the recording, it’s not much of a detour from the FLT. 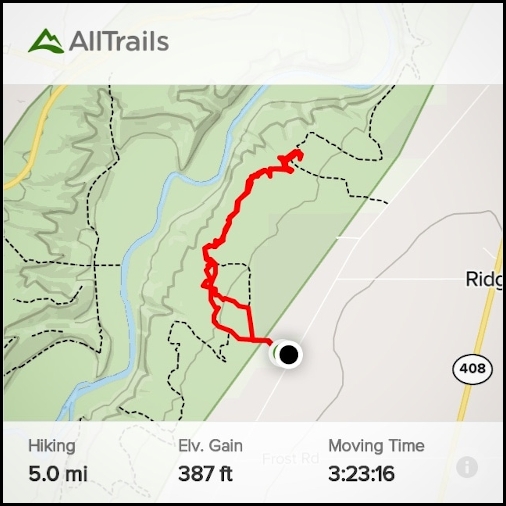 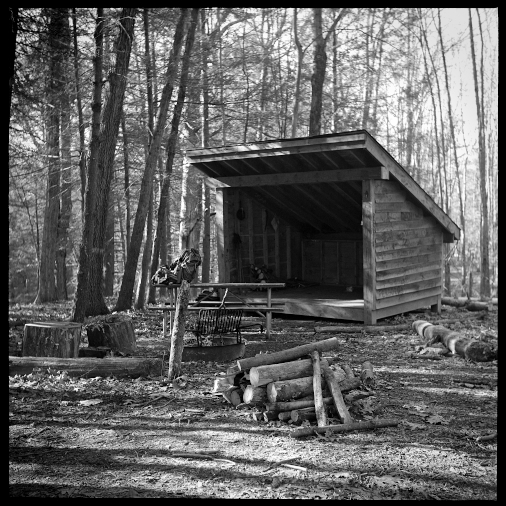 At the end of the crossover, I could see that the south spur still existed but take detouring around the washout to get there.

Next trip out I followed the south spur to where it overlooked the river. I had to step over or around a few blow-downs but it was eminently navigable. The All Trails recording cut out midway. Ah, technology. On another jaunt, I followed the north-south section all the way around to the north spur.

On March 20 I was back again. I wanted to record all segments other than the rest of the north-south section. It is flat and wet and mucky and I felt no need to walk it again so soon. 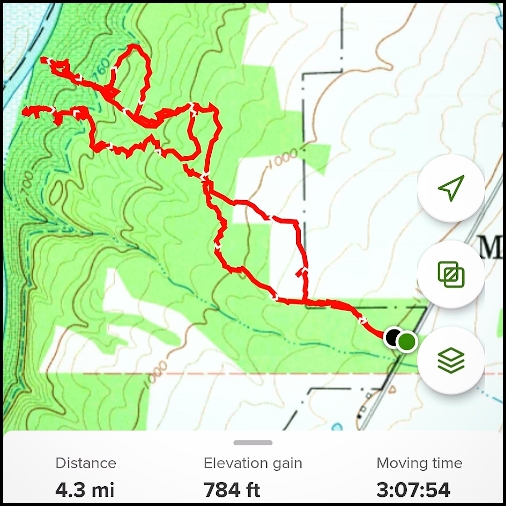 I didn’t do anything with the phone except run the recorder. It behaved! I took a few photographs with the Yashica-D, shown below. The first two are coming back up the south spur. The last one is of a tree by the west junction of the north spur and loop.

On some future jaunt, I will first with pencil and then on foot traverse and map the entire trail as shown on the combined maps. Once I do that I will enter trail 16 on All Trails and contact the Friends of Letchworth about adopting. It needs to be freshly blazed at the very least so people can find and follow it. I can do some of the clearing, but I’ll leave the chainsaw work to others.

I had twenty to twenty-five pounds on my back for all these jaunts. Because this is training as well as exploring. 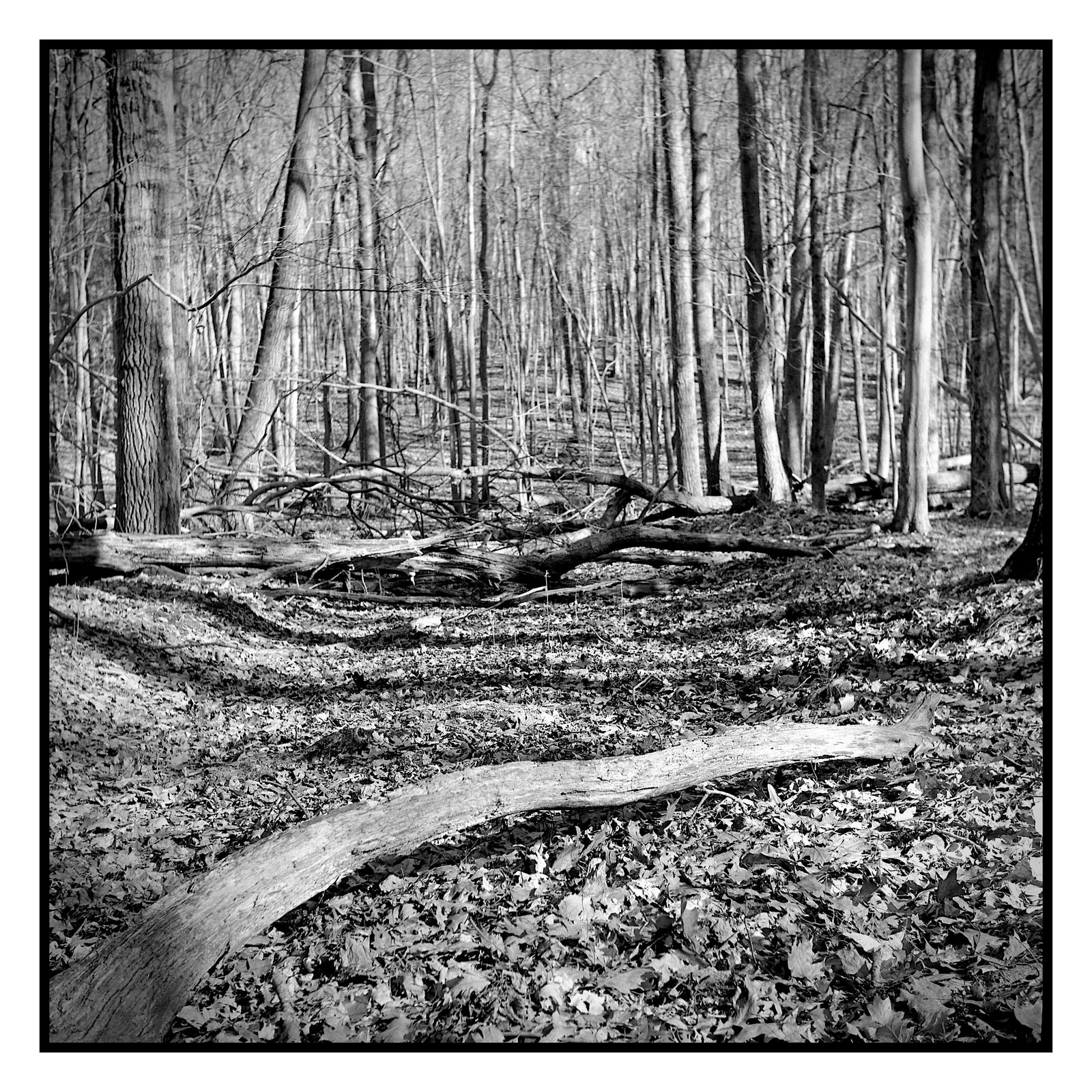 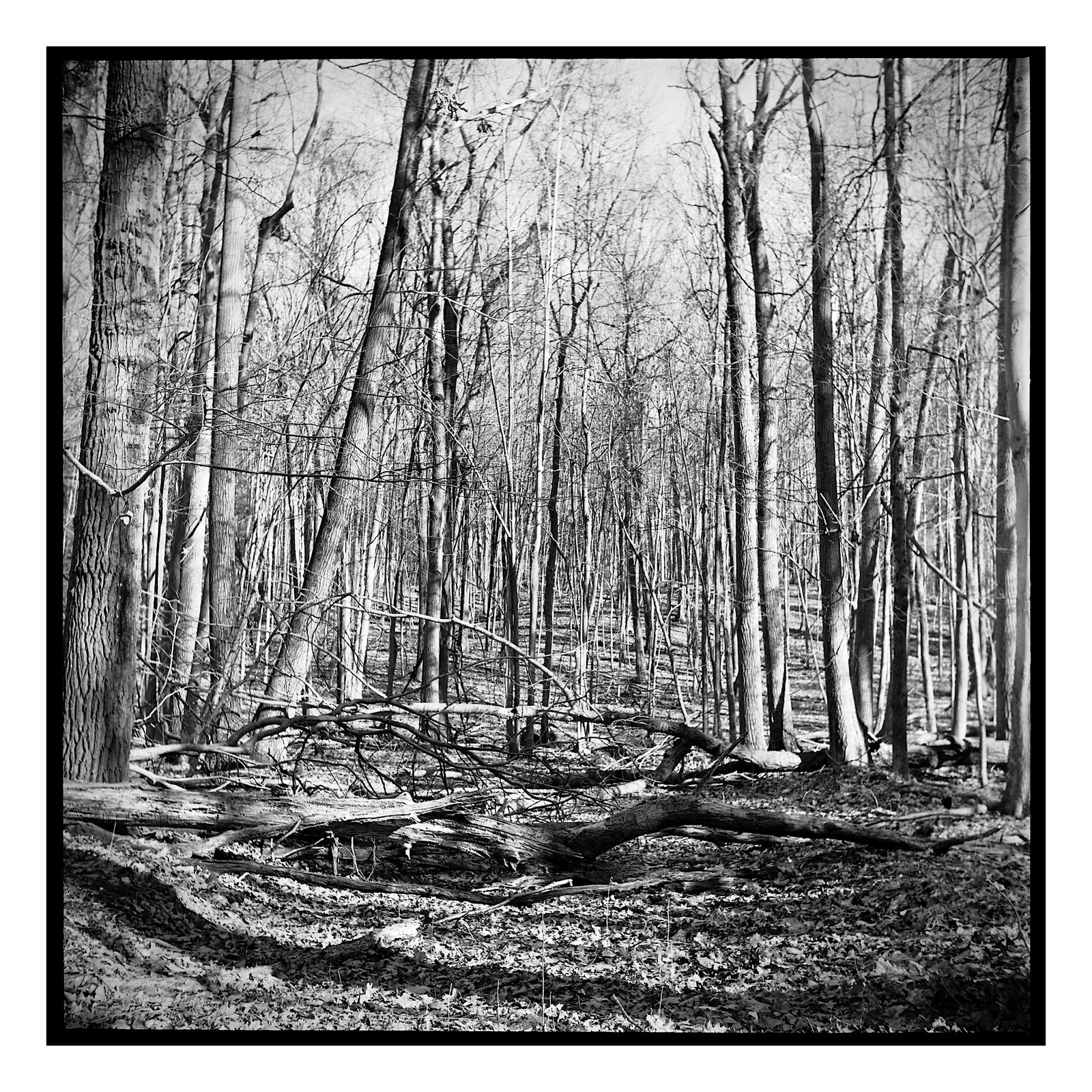 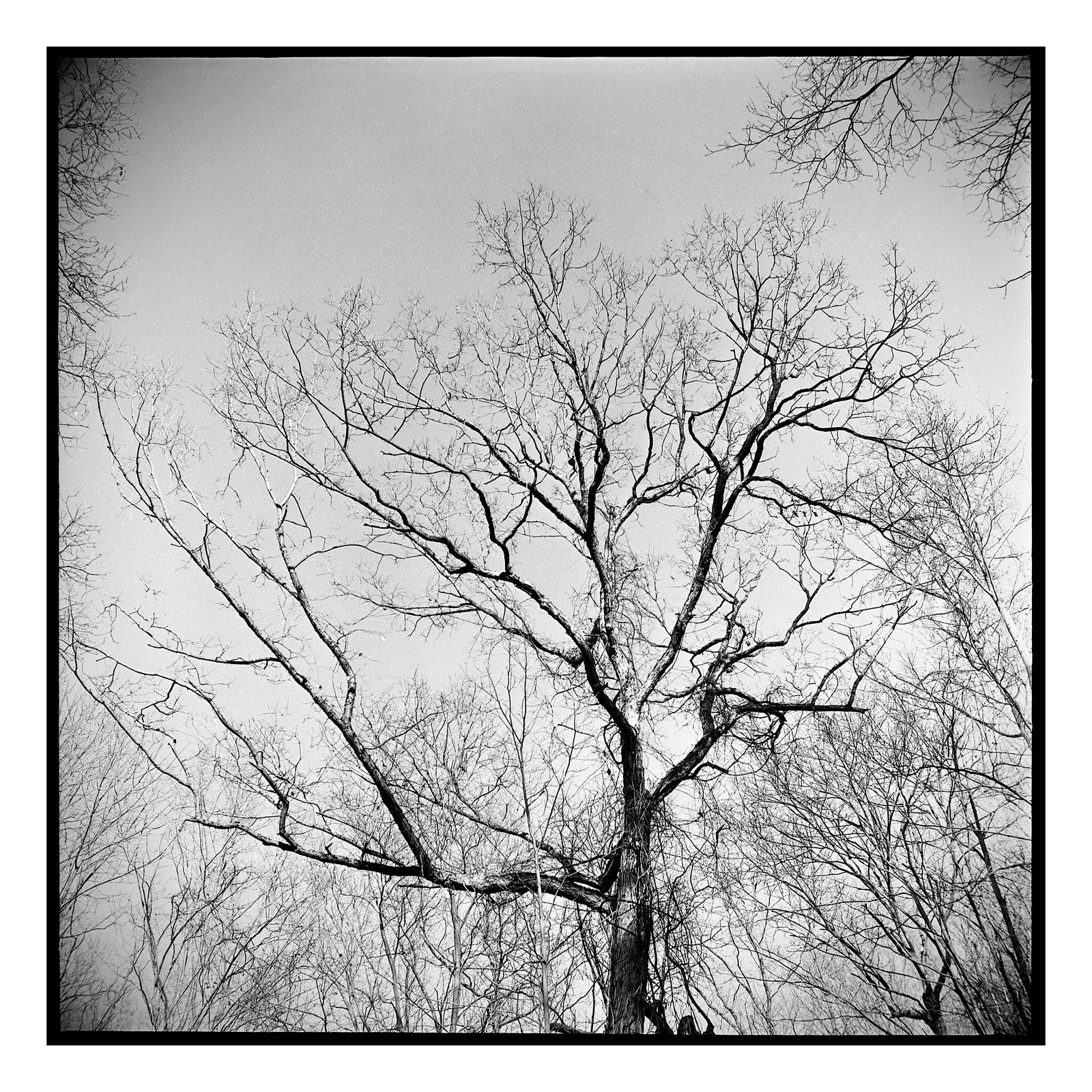