Our Inspiration for Picking Trail Names

Those of you thinking of thru-hiking the AT at some point, and who have done a little research, will I’m sure have come across the premise of choosing your trail name. Your trail name is the name by which you identify by while on your hike. It’s an opportunity to reinvent yourself as exactly who you want to be – even if it’s just for a little while (although if you’re a badass son of a gun who wants to rock your real name on and off the trail that is totally OK too).

So for those of you who do want to pick a trail name, the question is: How do I go about choosing it?

I’m sad to say that there is no definite way of picking a trail name, but Dave and I thought we’d let you know where we got the inspiration for ours, on the off chance it gave you that light bulb moment for yours.

Choosing my trail name was really difficult. I didn’t want to settle for anything that didn’t feel right, so I’ve been through a lot of options. I’ve lost count of the number of times I’ve declared, “That’s it! Decided!” only to come up with a new option five minutes later. I now really have decided. Maybe.

A few years back I set out to read all the classic works of literature. The ones that have stood the test of time and keep cropping up in the pub quiz questions. I think I made it through half of “Catch 22,” a few chapters of “Of Mice and Men,” and the first page of “Catcher in the Rye.” One I really did finish though was Jack London’s “Call of the Wild.”

As you may or may not know, the main character is a dog named Buck. He starts off as a comfortable city dog, lazing around in a nice home. Spoiler alert: he’s carted off to become a working dog in the wilds of Alaska, and in time starts to not only adjust, but thrive. By the end he’s truly conquered the wilderness. Maybe if I make it to the end of the AT, I’ll be able to say the same.

So that’s it! Decided! On the trail I’ll be Buck.

Now Back to Siân

Fortunately, unlike Dave, I only really hummed and hawed between two different names. The first one was one that emulated a bit about what I wanted to get from my time on the trail, but also gave a bit of an inkling to my Scottish heritage – Pal. I love meeting people, making friends and it is one of the things I’m really looking forward to on the trail. The AT is known to be one of the most social long-distance hikes out there, and I can’t wait to make the most of that. Also, Pal is slang for friend in Scotland, so it all seemed rather apt.

Or so I thought! But over the past year Dave and I have been trying to get out and hike as much as possible (even in the horrible Scottish weather) and over the duration of these hikes I found inspiration for my second name and the name I ended up sticking with. Robin. 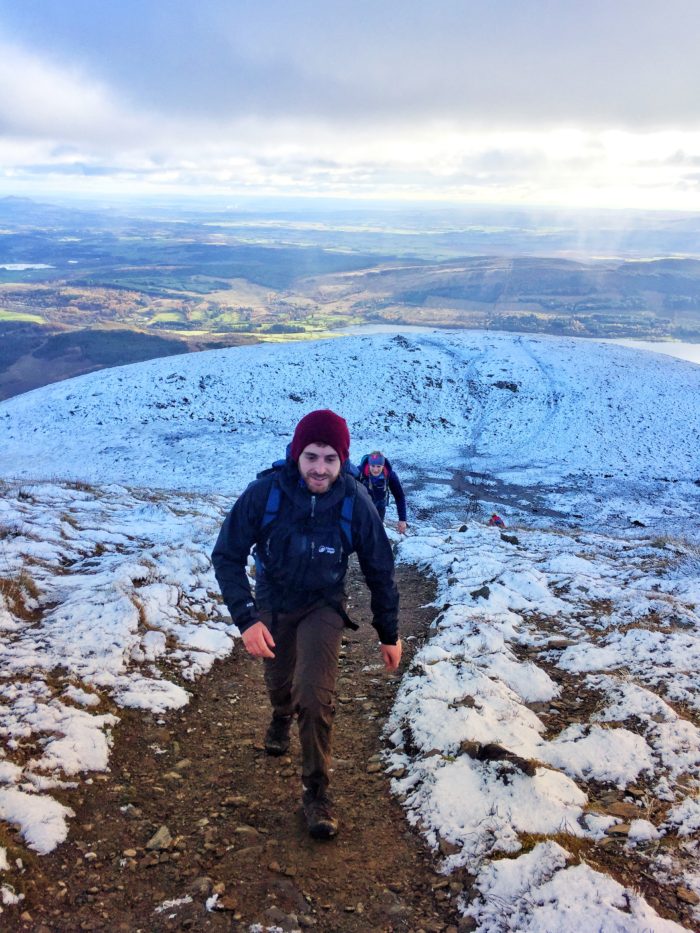 Dave motoring on despite the cold conditions in snowy Scotland.

It’s spooky – Robins seem to be a bit of a spirit animal for me. They really do pop up wherever I go in some shape or form. Firstly, I have a robin tattoo on my ribs: Something I got to remember my Grandpa by (Robin Douglas, an incredible man with a huge heart and very easygoing nature who will always be remembered fondly) but also to signify a point in my life where I’d got through a load of crap and finally felt free. I’d finally managed to get all the good stuff that was worth going through the rubbish for, and for the first time in a long time I felt truly content.

Secondly, on every single hike that we have been on in preparation for the AT, a robin has joined us at some point on the journey. I genuinely kid you not. It’s gotten to the point where I’d actually put money on seeing one. It was incredible, though it really did just feel like a sign that we were doing the right thing and that Grandpa was willing us on.

So what better than that for a trail name. I am truly becoming my spirit animal (I now just need to master bird call so I can create a robin following to the States) and I am walking the trail with my family behind me every step of the way – sounds pretty perfect, right? 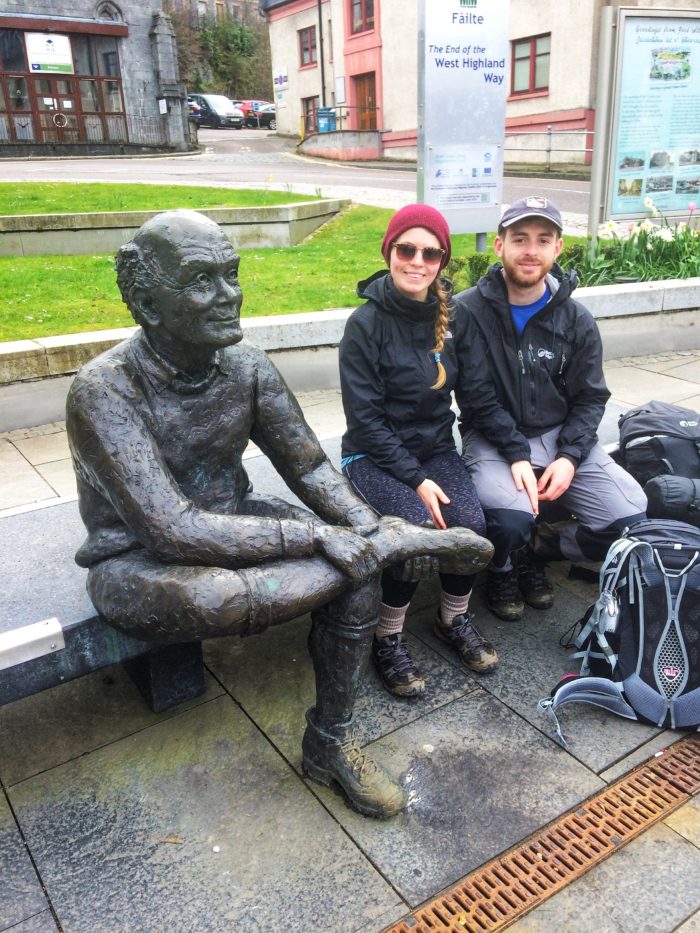 Marking the end of one of our training hikes: The West Highland Way (a measly 97 miles).