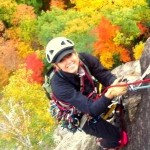 I had spent a good year preparing to hike the Appalachian Trail – I read every book about the A.T. that was downloadable to my Kindle, became a member of Whiteblaze.net and read all their articles and forum posts of others giving their .2 cents of advice, purchased Awol’s guide and maps, joined a FB group of women my age that were also planning a thru-hike of the A.T., and acquired gear that was suitable for the A.T.

Then all of that came to a screeching halt when I abruptly changed gears and decided to hike the Pacific Crest Trail instead.  Why, you ask?  Well, first and foremost, I actually live in California and just by great coincidence, the PCT runs the length of California (as well as Oregon and Washington).  I would be closer to home, be able to see my partner way more often as she can meet me in towns along the way (bearing my resupplies…part of my master plan…), and I am more familiar with the terrain, having hiked extensively in California and Washington.  Muy bueno!

One would think that switching from one long trail to another long trail shouldn’t be a big deal…and one would be quite wrong if that was their thoughts.  There are some pretty big differences between the Pacific Crest Trail and the Appalachian Trail.  Let’s review a few.

Some other differences are that the AT has more foliage, hence the title, “Green Tunnel,” where the PCT is way more exposed.  This little fact had me scrambling to buy a new tent as my hammock will do me no good in the desert and hammock camping availability is sporadic until you reach Oregon.  Both trails have bears, snakes, ticks (although fewer on the PCT), mice, hairy trail dudes, and other things that go bump in the night. 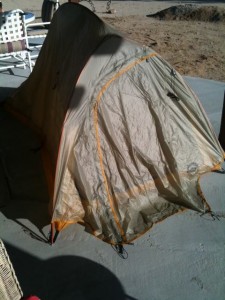 I cannot say one trail is more difficult than the other because I have not hiked both these trails.  I can say that I have read many opinions from those who have hiked both and from what I gather, the AT is more strenuous, as the trails go straight up and down and the elevation gain is equivalent to climbing Mt. Everest 16 times.  The PCT has many switchbacks, but you must contend with more elements of Mother Nature, i.e., wind, snow, ice, the infamous Sierra lightening/hail storms, heat, etc.  So, they both have their mental/physical challenges. 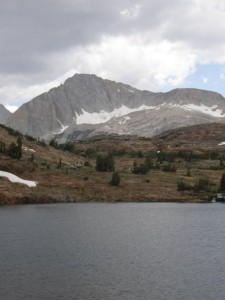 Sierra storm I got caught in. Thought I was going to die.

The last big factor is that the AT goes through more trail towns and the PCT is more isolated, making resupplying a bit more challenging.  Not to mention taking those zero days in town with AYCE and comfy hotels a bit more sporadic.  Hopefully that will just toughen me up.

I have Yogi’s guide, though, to get me through it all and I am confident this is the right trail for me. 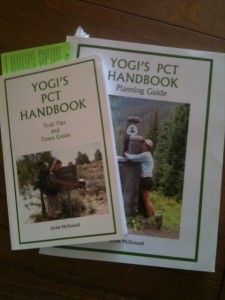 "The" guide to the PCT

Honestly, the hardest thing about switching trails was not the trail itself, but not being able to hike with the wonderful women I bonded with through our FB page, the Summit Sisters. 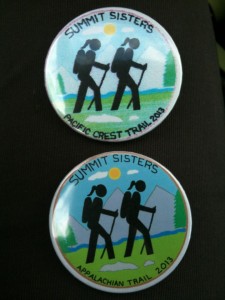 Proud to be a Summit Sister!

What an incredible group of strong, tough ladies that are determined to hike the AT.  We have shared thoughts and ideas, helped one another with our planning, laughed at jokes and stories, cried together over family losses, encouraged one another, and have developed a bond that will not be broken.  I cannot wait to follow their journeys and have no doubt of their success.

Cheers to the Summit Sisters!

Hiker, backpacker, climber, and mother of two grown children whom she is quite proud of. Has the weird talent of being able to speak backwards, but has yet to find a way to capitalize on it. Used to get picked last for team sports in school until the day she surprised everyone (including herself) by hitting the ball out of the park and bringing her teammates in to win the game. Has six cats and has been known to go out in public completely covered in cat fur. Moved to sunny California 5 years ago (doesn't do winter anymore) and learned very quickly to never, ever kick a cactus.