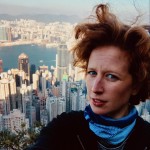 Summiting Katahdin, and the Start of a Big Adventure

Alright, so you’re ready to shove off on your big southbound Appalachian adventure, but how the heck do you get to Katahdin? There are a few different ways, but here’s how I did it:

My journey began in Millinocket. I arrived the evening of Aug. 9 and stayed at the Appalachian Trail Lodge. The owner, Ole Man, set me right up. I hardly had to worry about a thing — he arranged the shuttle to Baxter State Park, helped me plan a food drop for the 100-Mile Wilderness, and gave me some useful tips for the following days.

The shuttle was scheduled to leave at 6:30 the next morning, so I woke up around 5 and took a trip down to the AT Cafe for one last warm meal before setting off. We arrived to Baxter State Park around 7:40. Ole Man dropped us off at the ranger station, and I was able to exchange my larger pack for a day pack as well as get my park permit and pay for a campsite for the evening at Katahdin Stream Campground (I recommend reserving a campsite before arriving because there were not many spots left).

Katahdin Stream Campground gives the best access to the Hunt Trail, but some choose to take the Abol Trail up. It’s completely up to you which you would rather take. I didn’t do much research beforehand, but from what I’ve learned since it sounds like the Abol Trail can be faster but is also a lot steeper and potentially riskier. I ended up taking the Hunt Trail.

After transferring some supplies to my day pack and settling up at the ranger station, I set off on the Hunt Trail around 8:20 a.m. The first part of the trail was pretty tame. It’s an ascent but nothing drastic. There was a nice waterfall early on and the trail was well marked. And then I came out of the treeline… holy smokes: it was a giant boulder graveyard. To say I had to climb up sounds too poetic: it was a full-tilt, sloppy scramble.

If I could do it over…

–Gloves (for the gritty granite, not for warmth).

–Bring one trekking pole, not both. I was constantly throwing both to the side in order to free up my hands. Also, since I was using a borrowed day pack, I didn’t have any place to store them as I was climbing. 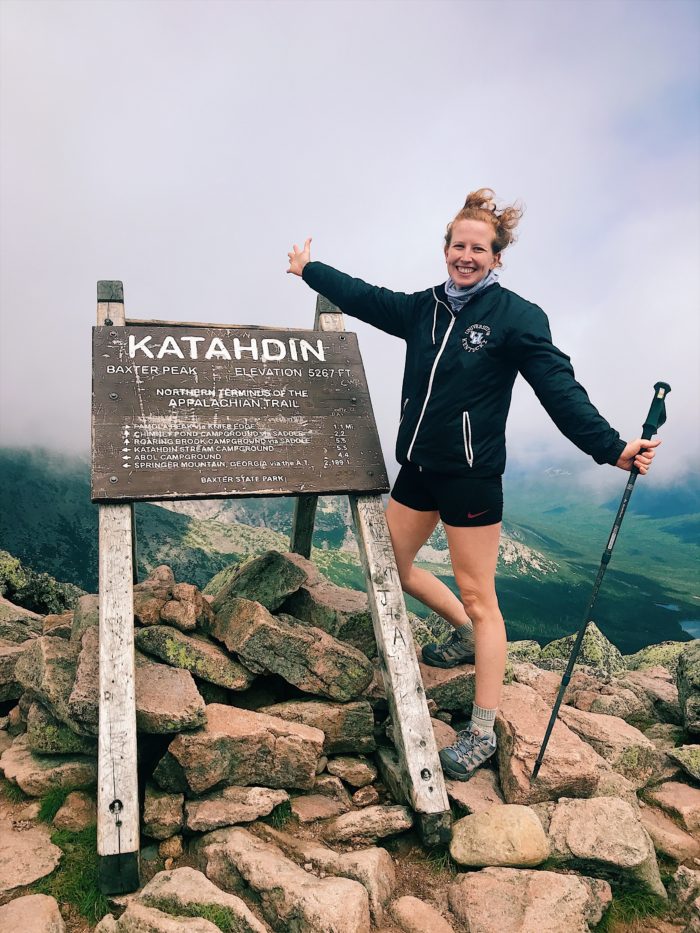 It took me a good hour from treeline to reach the top — and by the top, I don’t mean the top of Katahdin — I simply mean to the top of the rock pile. Once you reach the top, you will have another good 45 minutes on flatter (though still rocky) terrain to get to the actual mountaintop. You’ll want to bring a jacket and some warmer clothes because it can be pretty windy on the top.

Once I made it to the top, I took the classic celebratory photo with the sign, ate a snack, and then turned right around and headed back down the same way I came up. Some people choose to go down the Abol Trail, but after the scramble up I thought, “Jesus. Hunt was bad, but at least I know what to expect. Abol could be even worse!” So, I took the Hunt Trail down as well.

The journey took me about eight hours in total, trekking 10.4 miles (5.2 up and down). It was rough but well worth it. The views from the top of Katahdin were breathtaking, and afterward I felt like I could do anything. It was a very sobering and appropriate beginning to what I imagine will be a very trying, though rewarding, next five months.

Hey there! I'm Britney, and I'm attempting a SOBO thru-hike on the Appalachian Trail. I completed the northern bit of the Camino earlier this year and realized I really like walking! I mean -- I don't like to brag -- but I've been walking now for about 24 years (give or take a few months) and am really stoked to hit the hills I grew up in. Thanks for checking out my page!