We are now finished with Vermont and have moved into our home state. Vermont took us 11 days. We made two town stops, one in Killington and one in Manchester Center. We averaged almost 14 miles per day, and had our first 20-mile day. 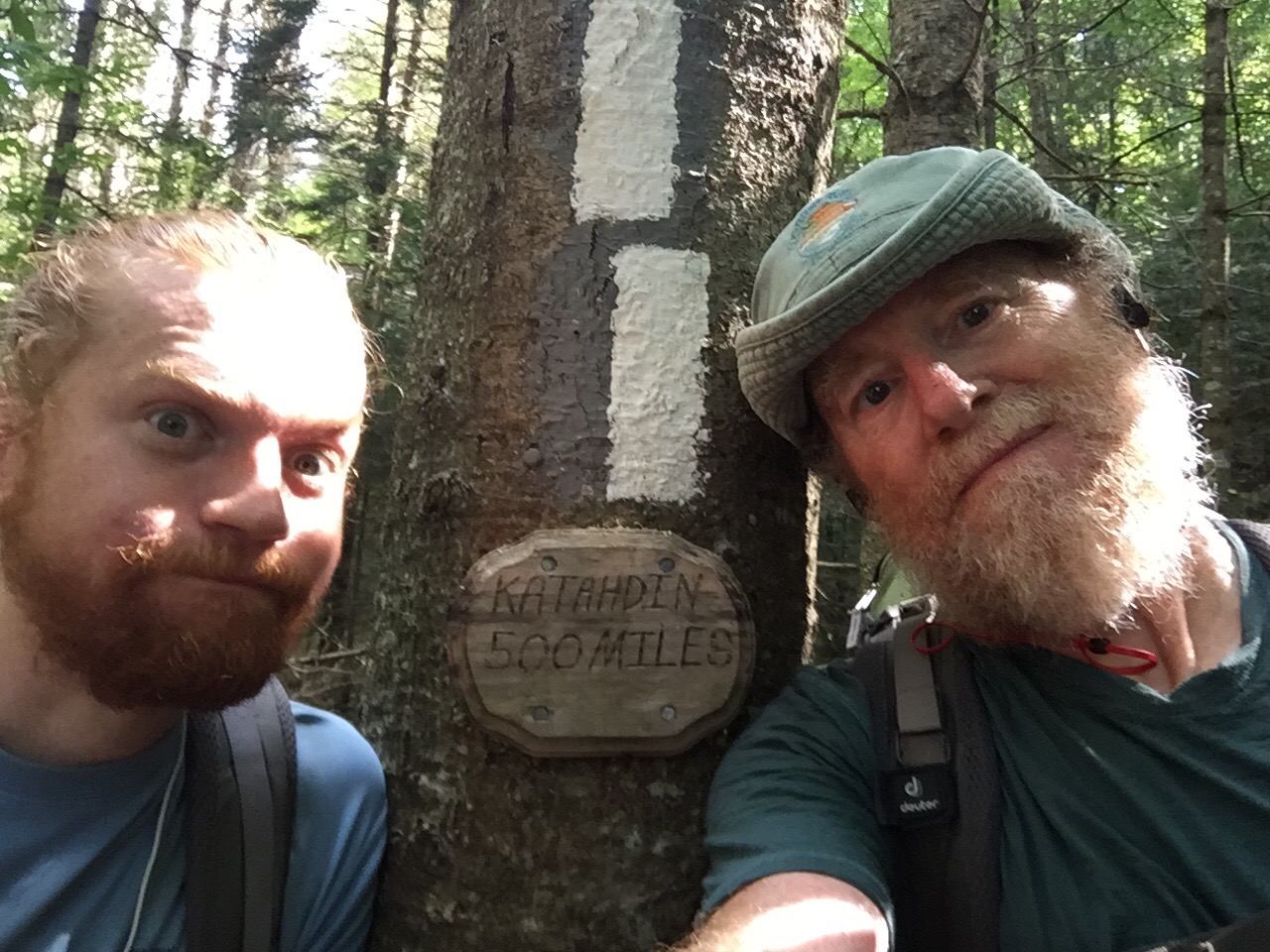 In my last post, I mentioned that Vermont was very different from our experiences in Maine and New Hampshire. More rolling hills, switchbacks, and less elevation. More recently, we’ve been hitting the bigger mountains, but it’s still much different. 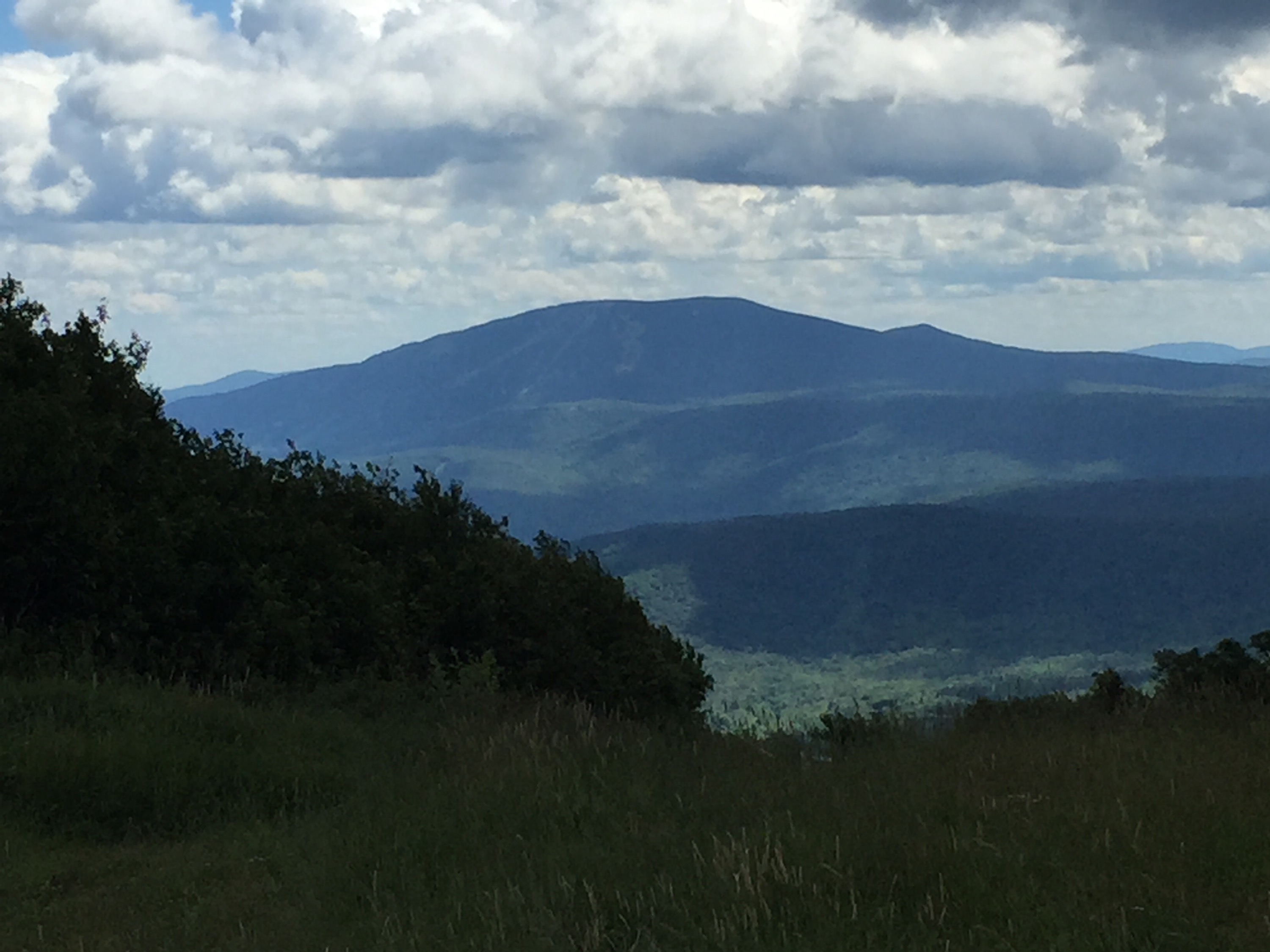 First off the mountains are more rolling on top rather than craggy like ME and NH. Second, Vermont prefers to sneak up on their mountains rather than the frontal assault approach in ME and NH. So we made much better time and did not have any problem with the ascents. In fact , our 20-mile day included both Stratton and Glastonbury. The toughest section of trail we faced in the entire state was the descent and ascent on each side of Route 9 outside of Bennington. 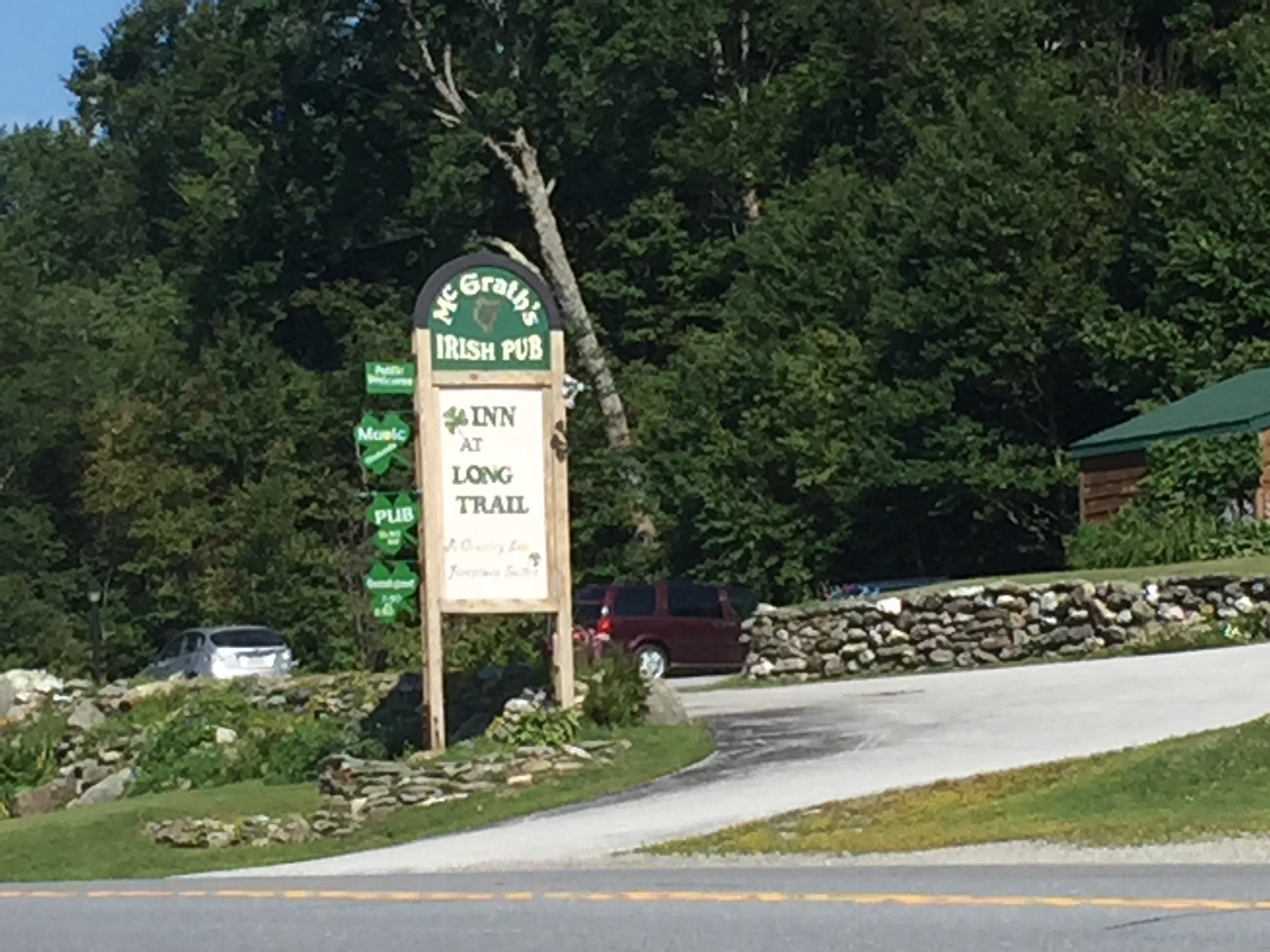 Inn at the Long Trail

Once we left The Inn At The Long Trail, our first town stop, we ascended Killington, which is the second highest mountain in Vermont. We stayed in the shelter right below the summit, and ascended the summit to watch the sunset. 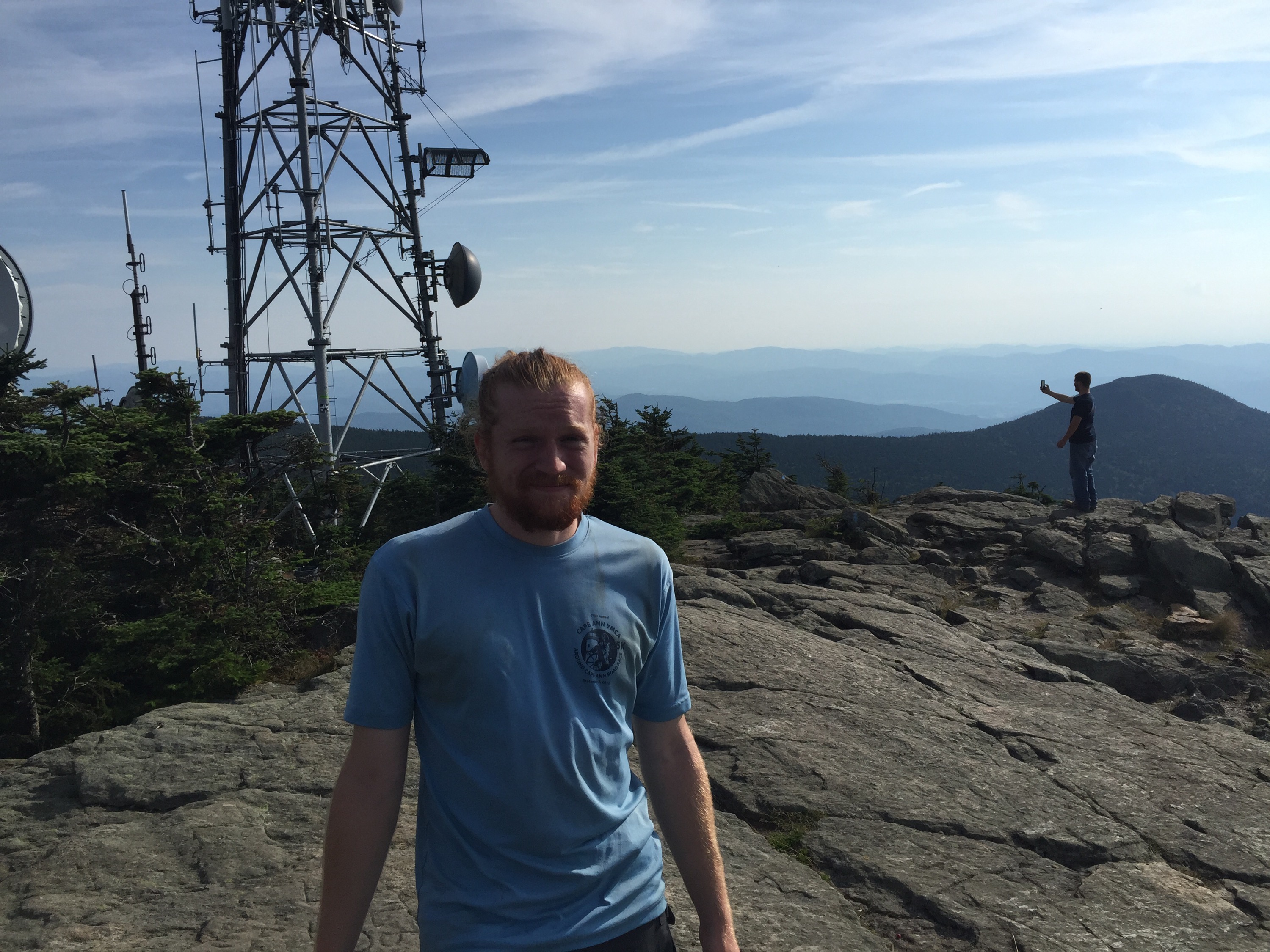 Ian on summit of Killington

The section after Killington had a number of lakes and ponds next to the shelters, so it was possible to go swimming a number of times. This was good because it was so hot. 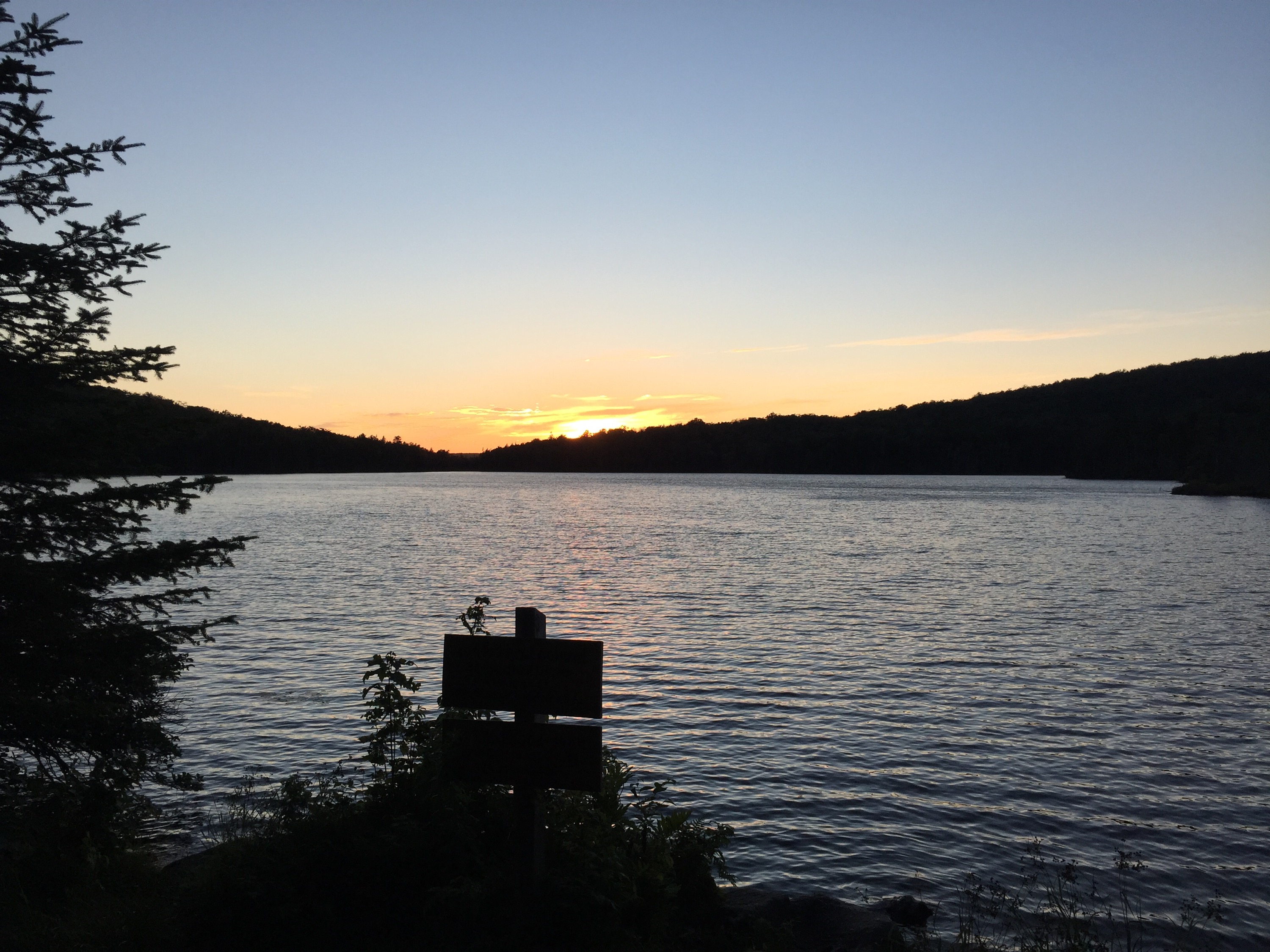 As we hit the final stretches, we ran into the famous Vermont mud. I managed to stay out of it until the last night. We were racing to a shelter trying to beat a thunderstorm. I took a wrong step and covered my shoes in mud. 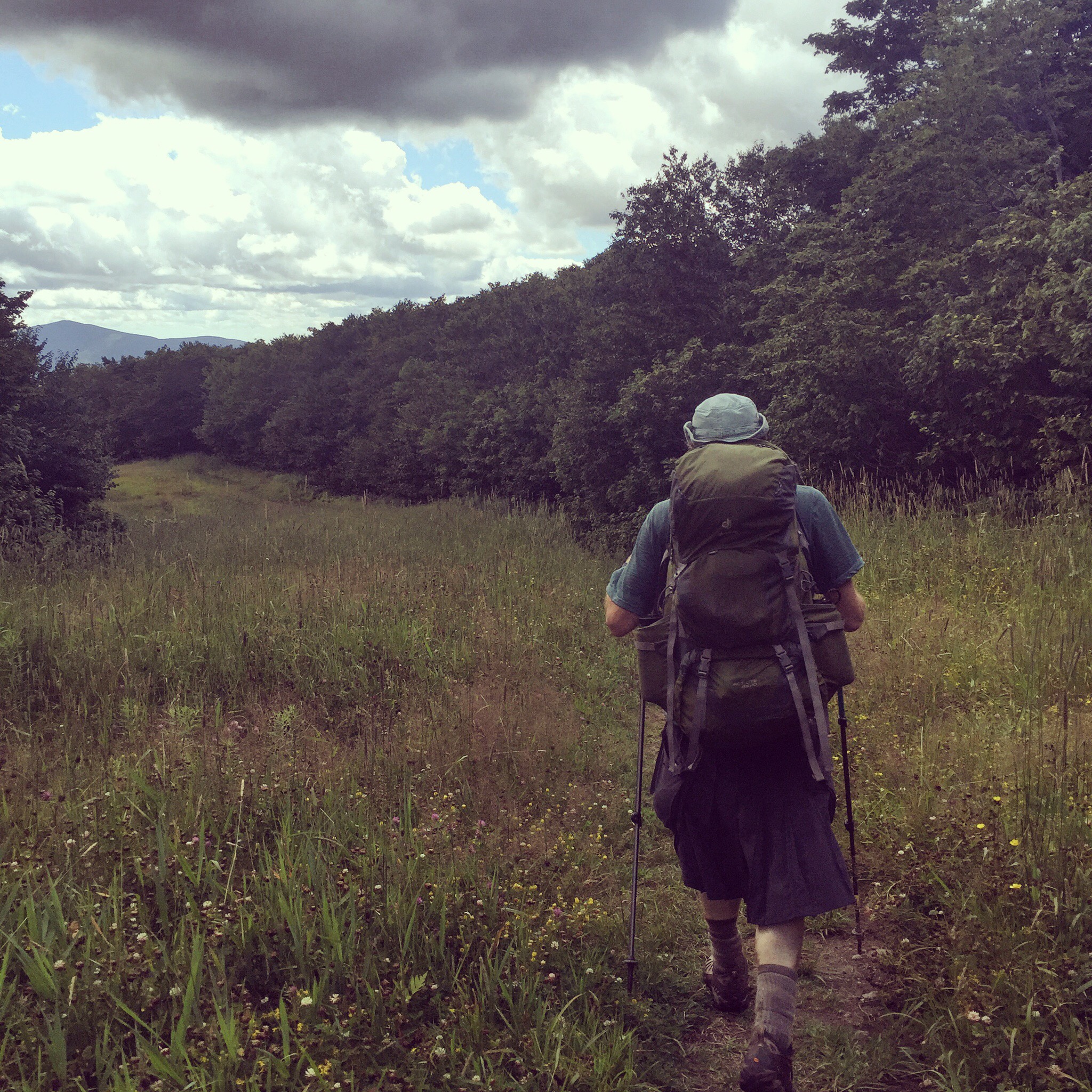 We also had some interesting experiences. We met a northbound hiker also named OSHA. Both OSHAs had heard about each other, but were still surprised to meet face-to-face. I haven’t met another Dos Equis, but did learn that the actual person who is in the commercial lives in Manchester Center, Vermont. We didn’t run into him during our stay.
We also passed a hiker wearing only a backpack and a strategically placed bandana on his waist belt. That was pretty weird. He was on his way down to Route 9. I wonder if he tried to hitchhike. 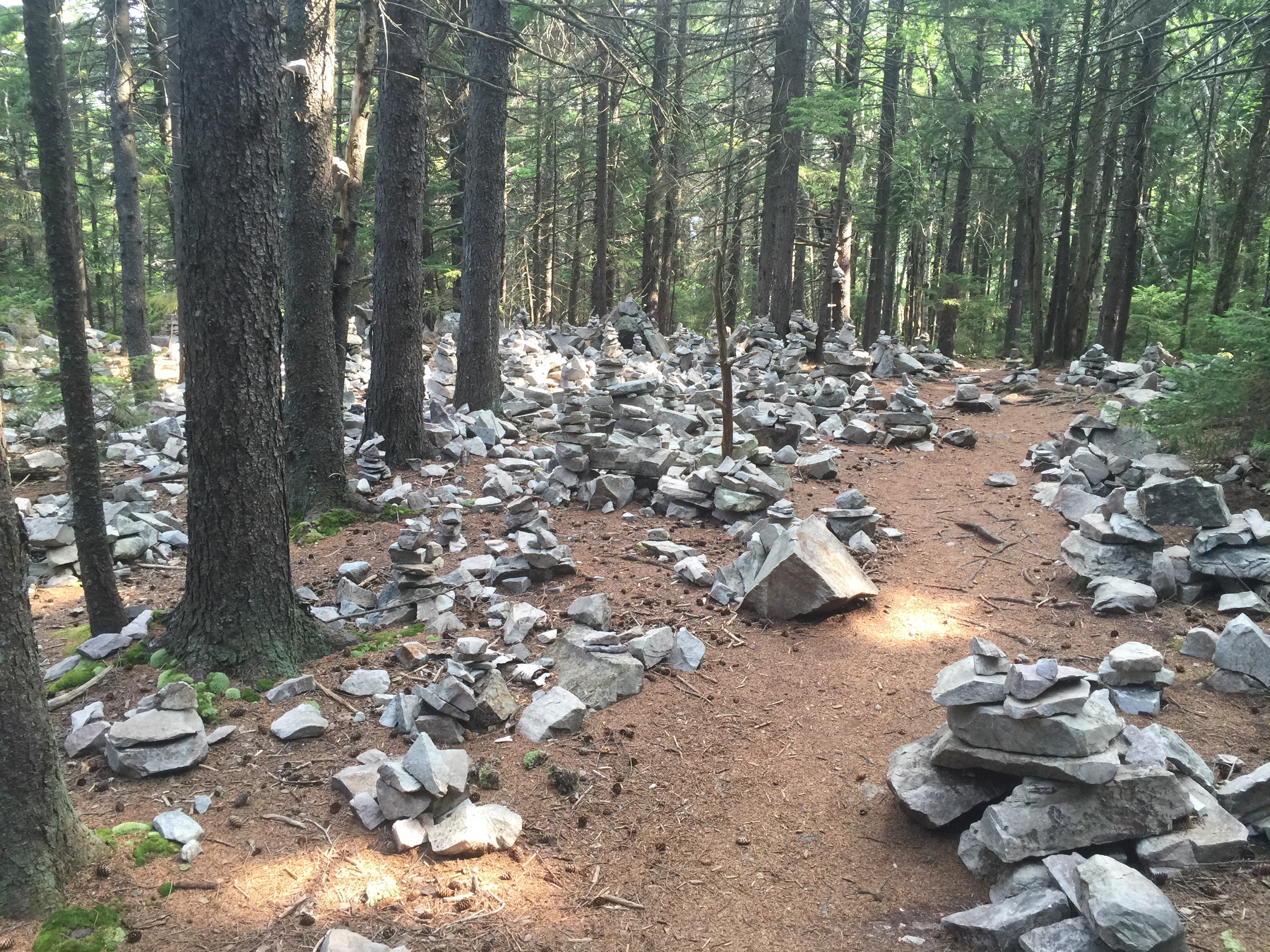 On our last night we had a little incident at the shelter. There were nine of us in a small shelter. It was a good group that included Zucchini and us (the SOBOs) and some Long Trail hikers. Dinner was very social and there was a lot of laughing. During the evening, other hikers came, saw the shelter was full, and set up tents. We we all asleep by 8:30.
Sometime after 9:30 (way after hiker midnight) three latecomers showed up. Two of them set up tents but one of them decided to move into the shelter. He subjected us to his headlamp for 30-plus minutes, cooking, sorting through his pack. Finally I had enough and called him out on his behavior. He gave me a speech on hiker etiquette and accommodating latecomers. I called him an asshole. He told me it was my talking that woke everyone up – at which point several others said no it was his light.
In the morning he apologized. His apology started “I’m sorry, but….” That’s not an apology. That’s justifying your actions. He pulled the seniority bit: “I through hiked in 2006 and I know more than all of you and the rules of using the shelter are….”
It’s weird, there are a number of people who hike the trail that are eager to spout off their idea of “the rules” who also exhibit no sense of common courtesy. Anyway, he made for interesting discussion after he left. I apologized for my outburst with no “but” attached. I just said I didn’t help matters and was sorry.
Now that we are in Massachusetts, we are in familiar territory. We do have to figure out how to efficiently “steal time for the faulty plan” next week. That translates to efficiently getting back and forth to Philadelphia for the Phish concert next Wednesday.
< Previous Post
Next Post >