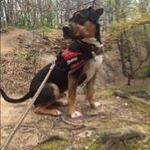 Am I taking a Gun on the Appalachian Trail

One of the first things many people ask me when I say I’m getting ready to hike the trail is “Are you taking a gun?”.  To be fair, it’s one of the first questions I asked when I started researching.  So although the answer seems obvious to me now, it’s a normal question.  So, although I’m hardly the first to do so, I’m going to cover the topic today.

Long Story Short: no I will not carry a gun

Listen, one of my number one concerns preparing to hike the trail is how much (or preferably little) my pack will weigh.  So I am not lugging a gun with me for more than two thousand miles.  Ain’t gonna happen.  My target pack weight is 12lbs.  A gun weighs around 5lbs.  So, despite being comfortable with American’s rights to own and carry guns, for me the trail is not a place to have one.

The Trail is Low Crime

There have only been a handful of murders on the Appalachian Trail since the 1970s, and it was likely less frequent before then.  This is certainly a lower crime rate than what I face in my home city.  Statistically, I’ll be safer on the AT than I am walking home from work.  As for robbery, I’ll reduce the risks for this by not taking jewelry and not camping near roads.  A gun is not something I would want to involve in a robbery anyways.

I Want Other Hikers to Hang out with Me

I’ve joined a lot of hiker forums and groups (such as the Trek, hey thanks for having me) and the general consensus is that guns have no place on the Appalachian Trail.  If you’re carrying a gun strapped to your pack people may well avoid you.  Best case scenario you’ll get a trail name related to the gun.  So carrying a gun might alienate me, but more than that carrying guns on the trail won’t foster the kind of community I want to see out there.  I want the Appalachian Trail to continue to be the kind of place where we don’t bring those kinds of outside concerns. Yes, we should be safe, stay in communication with other hikers as well as home, and hike away from people that give a bad vibe.

Okay, let’s say I’m in a scenario on the trail where I want to use a gun.  I wouldn’t want it if I was being robbed.  In the case of a robbery, I’m always just going to give up whatever I have because no physical possessions are worth my life.  So someone is trying to kill me or my dog, or abduct me somehow.  How is the gun going to help me?  If it’s inside my pack I’d have to unstrap it, dig through it, find the gun… It would be too late by the time I got it.  Even if it were strapped to the outside of my pack I’d have to get the pack off to get to it, and again we run into the problem of other hikers being deterred from sharing their company with me.

I Won’t Use it Everyday

There are so many “what-if” items I could take on the trail.  If I took all of them I’d never finish the trail because my pack would be too heavy to enjoy anything.  So I’ve come up with criteria things must meet to make it into my pack.  Do I need it to survive?  Does it have multiple functions?  Can something else in my pack replace this item?  Will I use it every day?  Actually, I could probably make a flow chart about this.  Expect a flow chart.

While it is now legal to carry a gun through national parks with the correct permits, the Appalachian Trail Conservancy discourages carrying firearms on the trail.  Then there’s the matter of having the correct permits for all the states, and having concealed carry permits.  Sure, I could carry a gun on my belt, but what about when I have my coat on, or my poncho?  Can I take it into shops?  For me, it’s not worth worrying about all of this.

Other Things I Won’t Carry

There are many things that people ask if I’ll be taking or suggest I should take.  I’m not taking most of them because I’m going minimalist.  Which is part of the essence of the trail.   In particular, I won’t be taking a knife, or bear spray, or any other sort of weapon.  Well, I might take a pocket knife for opening food packages or spreading peanut butter, but even that is iffy.  I’m getting close to putting up a finalized pack list though, so expect that soon.  (As final as a pack list can be this far out from my start date.)

What I will do to Stay Safe

I won’t hitchhike alone.  I will check in my family at home on a regular basis.  I’ll sign into log books, and read the log books to know what’s coming ahead.  The AT has a fairly tight community and during last year’s through hiking season I kept close tabs on many hiker forums, and saw how quickly reports of someone being suspicious or even disrespectful on the trail on the trail travels, and that hostel owners and ridge runners follow up on these reports to help make sure the trail is safe.  I will be acutely aware of my surroundings and move away from situations that seem off.  Finally, I plan to connect with other hikers and be a part of the community. We watch out for each other out there.

Hey, I'm Margaret and I'm 23 years old, and I'm sick of punching someone else's clock. I've decided to quit my job and pursue dreams of hiking the country, and maybe eventually living and working from a car so I can spend more time with my dog. I'm a little bit impulsive, I'm very determined, and I want to get the most out of life. I'm an avid reader, gamer, and eater. Mostly, I just want to live a life worth telling stories about; where I don't dread going to work, make the world a little bit better than I found it, and hopefully inspire some others to follow their dreams too.