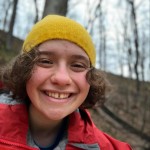 Tales and Tidbits from My First Few Weeks on Trail

Though I have already been in about three trail towns I haven’t quite had the time or motivation to post. I am having a blast, but as you might imagine, hiking all day, every day is pretty tiring. I have met a handful of awesome people and can’t wait to meet even more. Because I haven’t posted since before hiking Katahdin I feel like I have a lot to share, so this post will likely been less than an organizational masterpiece and more a conglomerate of tales, tidbits, and other happenings from my three-ish weeks on trail.

I was lucky enough to kick off my thru-hike with my awesome mama. We were warned by the ranger at Baxter that it would likely rain and thunderstorm on our hike up Katahdin. The ranger’s advice was that we turn back if we heard thunder. After getting more than halfway up the mountain, above the treeline, we heard the beginnings of a storm. Because we were so high up already we didn’t turn back, we just hiked a little faster. By the time we summited, there was pea-sized hail falling from the sky and the occasional flash of lightning. My summit photos are wild and dark, but the weather on Katahdin only enhanced the sense of accomplishment and the excitement of beginning my hike.

The First Night on the Trail

I started out on my own on July 3 at around 9. Setting out to hike 13 miles crossing the Baxter State Park line into the 100-Mile Wilderness, I was excited and not at all nervous. That morning I had signed the trail register with two people who had camped out in the neighboring site, Anubis and his friend Jen (who we now call Queso). That first day I met a lot of awesome people, many of whom I am still hiking with! Somehow I began my hike in the middle of a mini southbound bubble comprised of mostly men (Queso and I being the exceptions). There were 11 or 12 of us that hiked out of Baxter on July 3 and of those people, six of us are still hiking together. A few people had hiked past the first lean-to but still, the lean-to and surrounding tent sites were quite full. There was a large group of summer camp girls set up behind the lean-to, about three tents pitched by hikers, and a handful of us sprawled in the shelter. It was an exciting way to meet new people and a great first night “on my own.” 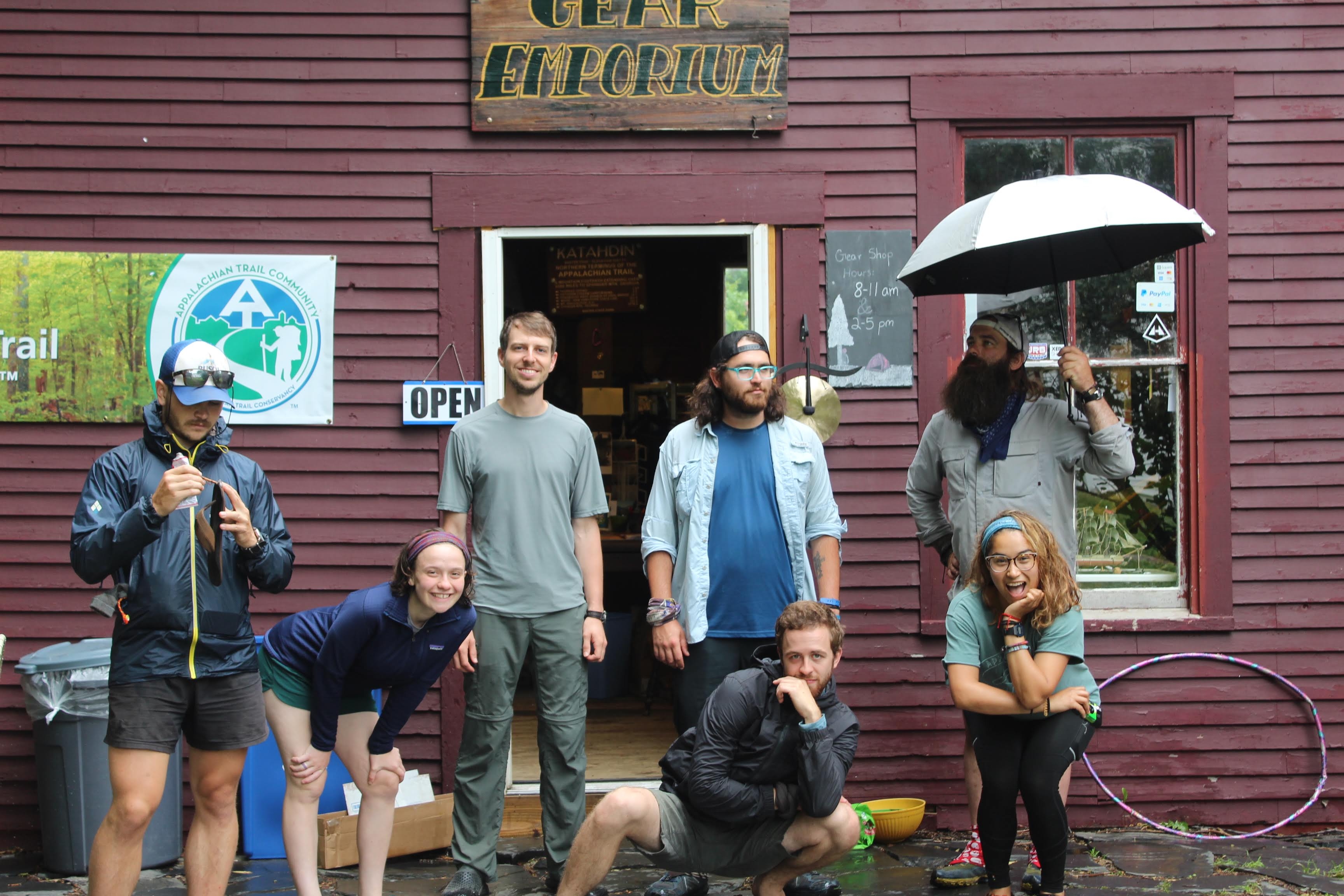 Starting solo does not mean that you will be hiking alone. Starting solo means you have a chance to be authentically you and make a lot of new friends. There has not been a day when I hiked alone for more than six miles without chatting or taking time for a little sit with a friend who I camped with the night before. For a majority of my time on trail I have been hiking with five awesome guys. Every day the guys teach me something new; sometimes useless information and inappropriate jokes are all that leave their mouths, but on occasion I gain relevant knowledge about the world and life. In all honesty, hiking with these guys has felt like gaining five brother/uncles, and I wouldn’t want to have started with any other group of people. Queso had only planned to hike the 100 miles so I have been hiking as the solo female in the 148 years of masculinity that are my five new brothers/uncles. In addition to being the lone woman left in our hiking group I am the only hiker born in the 21st century. As a result of my young age I have been accumulating a list of movies to watch to catch myself up on the ’90s.

I have been eating a lot; more and more every day. The last place that we stopped for a nero day I ended up eating two breakfasts! I am also amazed at the amount of candy that I enjoy eating while on the trail. Starbursts, I have decided, are my favorite uphill snack, as in eating Starbursts while climbing to the top of mountains makes the whole thing more tolerable. I am also enjoying Reese’s Peanut Butter Cups and also Mounds. Instant potatoes have also become a favorite—especially when mixed up with some sweaty cheese.

As is customary, I have received a trail name, and that name is Spud. Apparently, I ate a lot of potatoes during the first stretch of the trail and therefore I have been dubbed Spud. 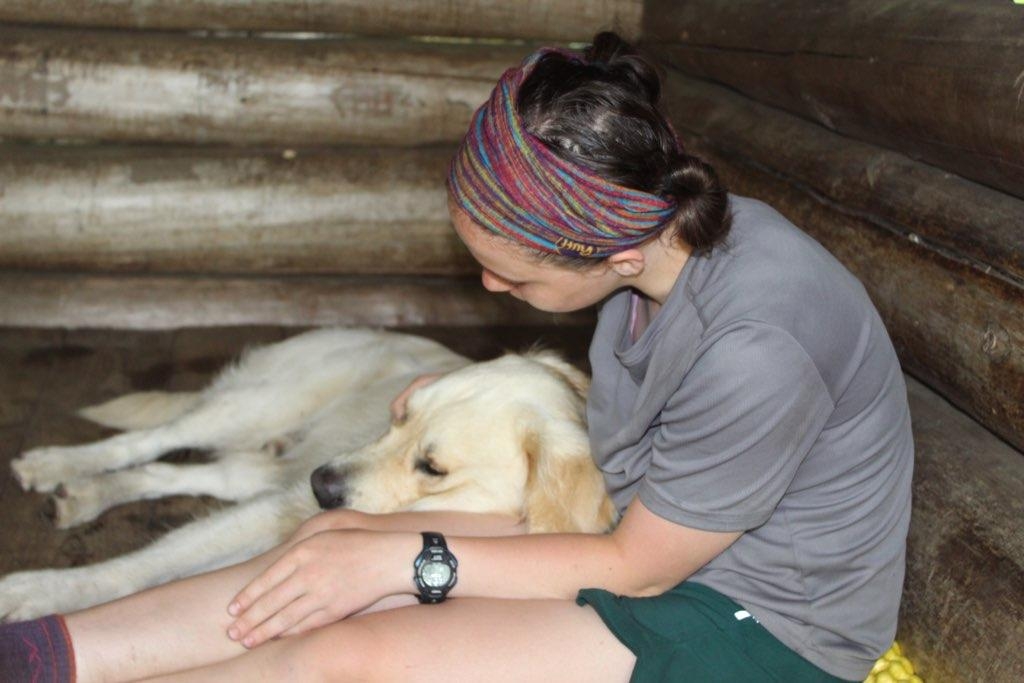 I have met so many puppies on the trail! From Indigo at Shaw’s to Chili at the Stratton motel and the plethora of dogs I have seen on trail, pets and cuddles from doggos always brighten my day. One of the best dog moments on trail was yesterday, while we waited for a storm to pass in a lean-to I had the opportunity to swoop up some sweet cuddles from a golden named Leo.

Shout-out to Anubis (who is also a Trek blogger) for taking all of these awesome photos! https://thetrek.co/author/christopher-johnson/

Savannah here! I am 17 years old and pretty psyched about spending the summer and first semester after graduation hiking solo from Maine to Georgia. I love spending weekends and summers in New York's Adirondack State Park and rewatching Grace and Frankie on Netflix. Lots of people are nervous about my hiking solo because I am so young... this blog is mostly for them ;)