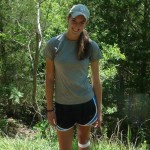 In the most wonderful turn of events that has ever occurred, I will be returning to the Appalachian Trail on July 11th.  Just call it yet another extension on my bedtime: one of my friends that I was hiking with likened my desire to remain on the trail for a longer duration to the pleas of a middle schooler attempting to persuade her parents to let her stay at a friends’ house longer than initially promised.  “Mom, I know you wanted me home at 4:30, but we’re not done watching a movie.  Can I stay until 5:00?” he would mock, as I called my mom to explain that I wanted to make it to the halfway point on the trail before returning home, rather than to my initial goal of Harpers Ferry, West Virginia, which would be just short of that mark.  “So we finished the movie, but Alyssa’s parents said I could stay for dinner, so can we make it 7:00 instead?” he would continue, exhibiting his proclivity for creating complete stories out of thin air in order to make fun of others, as I called her again to explain how the halfway point put me partway into Pennsylvania and I wanted to try to make it completely through that state before getting off-trail.  “The Robinsons are having a game night after dinner and they’re playing Monopoly and that’s my favorite game, Mom, you know it’s my favorite, so can I please just stay until 9:00?” he said, rolling his eyes in the background as I had yet another phone conversation with my mother about how the trail through New Jersey was only a few days’ worth of walking, so I might as well make it to New York and cross another state off of my list before legitimately reaching my deadline and being forced to leave the trail in order to attend the first of two family gatherings.  “TR, you’re spiraling out of control,” Squabbler informed me after I hung up the phone from my final changing-of-plans discussion with my mother.  “You’re the one who convinced me to stay on trail until the halfway point,” I reminded him, “so really, this is all your fault.”  “I know. I’ve created a monster,” he admitted.  “But Moooom, I just wanna go to Maine with my friends!” he continued, refusing to abandon his mockery of my situation despite the role that he played in it.

And now, it would appear that I am indeed going to go to Maine with my friends.  Upon arriving back in South Carolina and having many a discussion with my mom about the events of the past few months and how much of the trail I had left, she suddenly declared, “Alright. I don’t care what else happens, but when we get back from Canada, I’m taking you to wherever your friends are on the trail.”  I was taken aback.  I had set aside the rest of my summer to devote my time to family gatherings and trips with my mother, and here she is telling me to go back to the trail and hang out with my friends?  This was basically the equivalent of her calling Alyssa’s parents while we were in the middle of our game of Monopoly and telling them that I could just go ahead and spend the night.  I came to the conclusion that either my mom is very generous and invested in my happiness and success, or that after just a few short hours with me in the house, she realized that she wanted me out of there.  Whichever of these is closer to the truth, it doesn’t change the fact that I am, once again, Katahdin-bound.  I will still have miles to hike next summer before I can consider myself completely done with the AT, but the current plan is to catch up with my hiking partners somewhere in New Hampshire and to summit Katahdin with them sometime in early August.

So what is it that keeps pulling me in, continues to draw me into this life of sleeping on the ground and eating ramen and wearing sweaty, smelly, soggy clothing day in and day out?  What is it that makes the backwoods a more desirable place to spend my days rather than leading a life of sleeping in on the weekends and drinking Starbucks every morning and wearing shoes that don’t rub a different blister each day I walk another 25 miles in them?  It turns out that this is one of the more difficult questions I’ve ever tried to answer.  It’s the most multi-faceted issue I can think of that I’ve been wrapped up in, and it’s truly impossible to completely explain.  It’s about the way the trail makes me feel.  It’s about how the trail has molded my view on humanity.  It’s about how the trail has helped me realize how far I am actually able to push myself, both physically and mentally.  In the three months that I’ve spent out there so far, I have made more close friends than I ever imagined I would going into this trip, been on the receiving end of so much kindness and generosity from countless strangers, and been in and pushed through more physical pain than any reasonable person would ever want to experience.  I learned a great deal more about myself and about the world that we are a tiny little part of than I expected to.  I fell in love, both with the geographic region we’ve walked so many miles through and with the hiker community that has surrounded me during every step.  Because it truly is a community.  Here we are, this collective of intentionally jobless and homeless humans, out there in the natural world going through the same trying, ridiculous, and beautiful journey one step at a time.  It’s a crazy thing that we do, and it continuously takes my breath away how something as simple as a footpath can bring so many people from so many different walks of life together in such a profound way.  The number of people I met who directly impacted my experience on the trail is hard to wrap my head around, but I do truly feel like the vast majority of people I interacted with had some sort of effect on my time on the AT.

I have never been in any other place in my life where I could spend three months in a place and come up with so many people who have had a direct impact on my life. The AT community is by far the most amazing one that I have ever been privileged to be a part of. Even though personal circumstances have prevented me from completing the entire trail in a single go, this has still been one of the most amazing experiences of my life, and there are countless memories, people, and lessons from this time that I will never forget. Long story short….thanks, AT. It’s been real. I’ll be back for you soon.