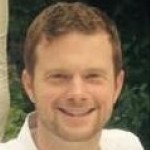 The errr…dangers of being a thru-hiker

Seen as I’m having a zero day today in Wood’s Hole Hostel, I’m camped out back, everyone’s chilling out on the lawn in the gorgeous sunshine, some are cracking walnuts, some picking vegetables, some others are just heading out on a slackpack (where someone drives most of your gear further up the trail and you hike with just water, poles and a snack). The dogs are chasing sticks up the slope. We just ate a beautifully made mixture of all sorts of breakfast foods. Delicious! 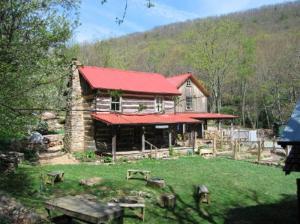 I’m sitting up there in the shade

This whole situation reminds me of how dangerous it is out here.

Of course, the natural conclusion to such a scene. However, I’m pretty jacked on sugar after drinking liters of throwback coke and have plenty of time on my hands.

So I thought I’d fill you guys in on the err… dangers of being a thru-hiker! Mother and girlfriend, please look away now!

Not dangerous, they actually don’t even exist. How could they be dangerous?!

I haven’t seen one yet, so what you can’t see, can’t hurt you.

Most hikers have seen one or several by now. I walk at night, I walk in the early morning,  sunset, all times of day but still no bears. I’m dying to see one.

Black bears are pussies, though don’t get between mother and cub is the advice you hear. Clack your poles together and they’ll go running. If you’re hiking the trail one day, you do not need a gun nor mace and people will find it funny/offensive you carry it/them. Just do it anyway if you like, you’ll send it home after 30 miles and wish you’d listened!

These ones actually worry me slightly. I don’t listen to music much out here, but I definitely don’t in long grass or in very rocky areas. Don’t want one jumping out and snapping my ankle without hearing the warning rattle. The bigguns are nothing to worry about as they’re wise, the smaller ones are the real danger as they don’t know humans aren’t a real threat and so use all their venom in one go.

I figure it just won’t happen and if it does, one runs to town pretty quick!

They eat your food and poop in your shoes. This happened to me 4 nights ago.

We stink, everyone has a distinct odor. It hurts the nose sometimes.

Another real danger. Don’t camp under a really old or dying tree. In 619 miles I have seen 1 tree fall in the forest down the hill from the trail, I’ve heard about 3 or 4 more fall in the distance and seen many many branches drop off trees. A medium sized one fell right next to me while I was taking a bathroom break!

The other day at 4am I wake up and moments later a huge crack above me and a crash as a massive branch fell through the canopy…. realizing in 0.1 seconds I didn’t actually check above my tent that night (arrived late and was tired) I immediately grab myself into a ball and cover my head. The 3 meter, 6 inch across branch smashed into the ground a couple of meters away. Needless to say, I learnt my lesson!

Always check above you when you camp!

Very scary story where 5 hikers could’ve been killed by a nutcase redneck at Beauty Spot, TN/NC…

Read about it here

Heard the story from Tiny Dancer who strangled him with his hiking stick. It sounded terrifying but they gave it to him good once the gun had been kicked away. He’s hopefully going down for a long time!

Don’t ask them about it, I’m sure they’re sick to death of telling the story.

They can be vortexes that suck you in for days/weeks at a time and empty your wallets and dissolve your muscles and/or will. haha… great fun though. The first couple of zeros, beds in cheap motels are a great rest from the trail and will make the transition into being a sweaty stinky hiker an easier one. I needed this at the start, now I don’t. I haven’t slept in a bed now since May 1st.

I was never fast enough to take more than one zero at a time. I’m sure my wallet would be lighter if I had. Plan for a zero every 3-4 days for the first couple of weeks if you’re out of shape. Hiawassee, Franklin, the NOC would be a good idea. If you need more, take more. But for goodness sake take zero days. Your body needs them.

Basically the same as above. Add/subtract words as you see fit.

This one’s here for my thru-hiking friend Dan. He’s sitting next to me on a rocking chair on the porch in the photo above eating fresh homemade bread. (It’s hard not to have long winded descriptions here as so many awesome things are happening at once!)

He says they’re the real danger for his food bag that he hangs at night. You can usually hear the warning crunching of leaves on approach though. Forget bears and mice.

Disgusting. I don’t eat it. Even the people who say they make good trail mix. It still tastes like crap. It’s depressing and I want to vomit if that’s all I have left for snack food but I’m shaky and weak from hunger. So I don’t eat it anymore, there are plenty of other replacements.

Anyway, people only eat it because it has “trail” in the title, not the other way round. Now you know.

A controversial inclusion, I know. Friends and family, you may as well just stop reading now.

Let’s start with the positive, I was very pleased with it from Springer to Erwin and generally I am pleased with it. The profile gives you a good idea of what to expect, better than the ATC guide which just has elevation guides and key points (although more detailed info). Who knows what happens in between those points? So, yeah, that’s good. The town maps are pretty cool and it’s concise and clear. Good.

Now the negative, at times it really sucks. Erwin thru Damascus is just plain wrong on dozens of occasions. There are more times when it’s correct, but that doesn’t make it OK. I know water sources dry up and new ones pop up and there is a disclaimer about that in the book, the same with prices. I’m not talking about that though, I’m talking walking 18 miles when you only planned, had time to do 13 and were also injured so more damage was caused by the guide that says there is camping and there are just rocks for 5 miles. Similar events happened to me 3 nights in a row around Roan Mountain. Needless to say I was pretty annoyed about it and it caused me pain.

I know volunteers keep it up to date and I really am very grateful for his/her/their piss poor job after Erwin. Time to move over guys and let some new enthusiastic folk in. Rerouted trail after Trail Days with Bob Peoples is planned ahead of time, why isn’t it included as additional info when it avoids old camping and encounters new water?! A quick phone call is all that would be needed.

AWOL, get your book sorted. I’m sure this supplements your income pretty nicely, so don’t just rehash old profiles each year and pass them off as the new year’s edition. Here’s hoping the rest of the trail is more accurately represented.

I would still get this book over the ATC’s though. A little teamwork guys?

Yeah, like I said, jacked on caffeine and sugar….. haha.