I mean that title literally, and not in some ironic or sarcastic way – – – while there are always compromises and discomforts, all three of us continue to really enjoy this journey. 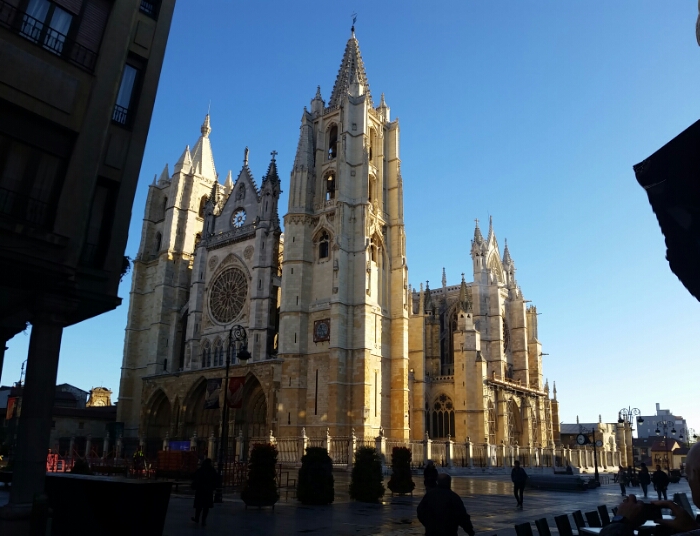 October 13th was a day off for us, in the city of Leon. We (intentionally) timed this well: Everything is closed in Spain on Sunday, most museums are closed on Mondays, plus this particular Monday (Oct 12) was a holiday – – – their version of Columbus Day. So it was excellent having Tuesday as our day off.
We started our day by talking with a number of Israeli pilgrims in the public areas of our hostel. It turned out that most understood some English, but one older woman who emigrated from the U.S. translated for us.  She talked up a 1,000 km trail in their country that I’ll be interested in researching. 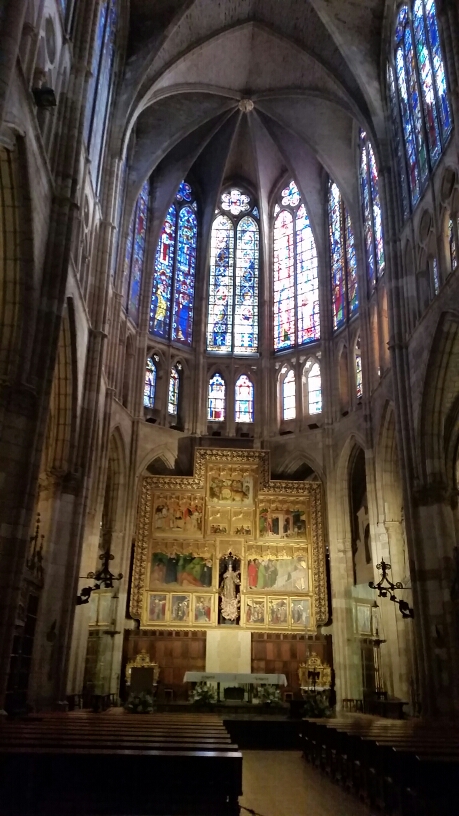 The must-see place in many larger European cities is the Cathedral, and Leon is no exception. Wow. The sun was shining through the eastern stained glass windows, just stunningly beautiful. This Cathedral is of a relatively newer and pretty “pure” Gothic style. Interesting to compare it to the one in Burgos, and my memory of the one in Santiago is that it’s yet different.

After the Cathedral we incurred “museum fatigue” touring the fairly extensive city museum not far from our hostel.

We also saw Heinrich and Gut with their younger friend Martin (from Leipzig), two different times in fact today. The doctor gave Heinrich an antibiotic and (surprising to me) cleared him to hike after just one day of healing.

Even in a big city, pilgrims seem to find or at least hear about each other. We had a good chat with a cheerful South African woman we had encountered before named Margaret, and a group of 3 led by a very friendly younger woman named Christine joyfully greeted Lucky. We were pleased to be able to point them to the large nearby grocery store, having asked and then visited it ourselves earlier. And in the morning we encountered Roger from Quebec with his backpack on, en route out of the city.

We also took a half hour ride on a kind of cheesy motorized tourist “train” through parts of the city, and then just walked some of the same bits, primarily along the 4th century Roman wall. Finally, as daylight was drawing short, we sat in the waning sun on the steps of the beautiful Gaudí-designed building – – – near to where a lot of other old folk (Spaniards) were similarly sitting on benches, watching the world go by.

It was a moderately filled and very satisfying day.

The next day we slept in and thus didn’t get started hiking until nearly 10 am from our comfortable digs in Leon.  After a day off the miles (or here, kilometres) came quickly and easily. I have a gps app on my phone which I mostly don’t need here; it is sometimes helpful when starting the day in the dark. But en route out of Leon it allowed us to get away from the city’s busyness a little sooner, for which I was grateful. 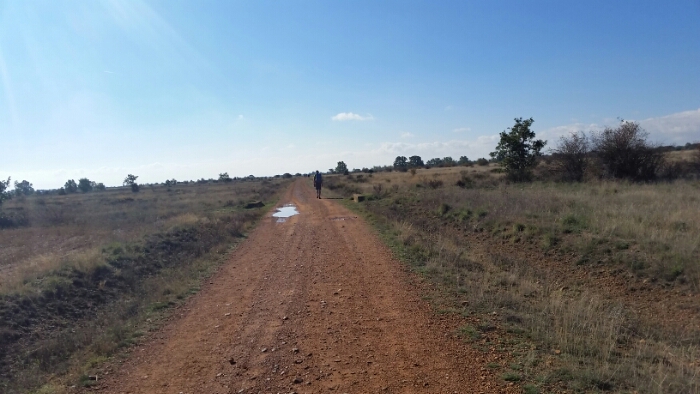 A good number of people on trail this day. We met our first Kiwi (New Zealander) at a break, and she ended up in our small Albergue.

We were in a room for 6, which is generally favorable, but the space is tight there, and two of our roommates spoke virtually only French. I’m learning to get a little more across in French, but it does sometimes feel like I’m thrown together with more French speakers than those that speak Spanish or German.  Zut alors!

Because we got a late start, we hiked just over 13 miles, an easy day after a day off.  We ended the day in the town of Villar de Mazarife. 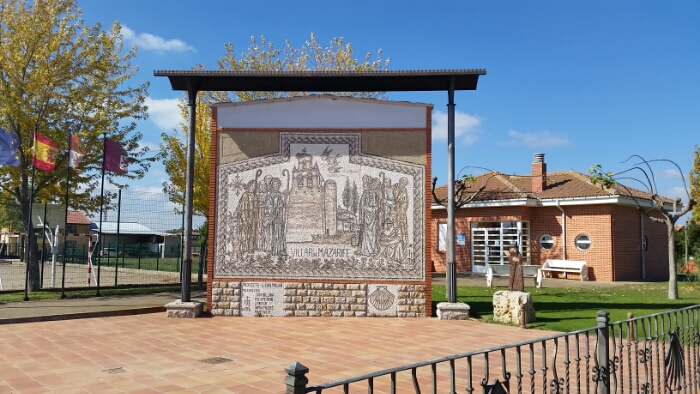 After we got our chores done, Lucky and I wandered around the (small) town, mildly disappointed to find the church locked, but a short elderly man beckoned us in to see a sort of museum he had made in a dwelling. He had been a telephone lineman for many years, and most of his collection was telephones from various periods, a switchboard, etc, but he also had old tools, old books and magazines, quite an eclectic collection.    The house also had a basement bodega, which we had to stoop to move through. He explained that in the old days, every house had its own little bodega and wine press. Today there are no grapes in the region, and all of those bodegas sit empty.

Talking with him (all in Spanish, so I translated what I could but I’m afraid Lucky had more of a strictly visual experience) – – – it was one of those singular opportunities that one should grab when available.   Fun stuff.