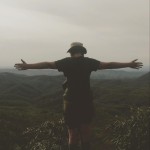 The Great Catch-Up: Kicking Off!

My last catch-up post had my dad and I finally reach Amicalola Falls in the snow. Now read along as I tell you all about the ATKO, or Appalachian Trail Kick Off!

The night we finally arrived at Amicalola Falls I decided to sleep outside in my tent. What better way to test if my sleep system was warm enough than by sleeping outside in the snow? I was fine until about 3 AM. I was awoken by an odd howling sound growing louder and louder, until another creature chimed in and they both ran (flew?) off. I’m still not sure if they were owls or coyotes, but they got very close! It was an intense experience, but I was glad to note I wasn’t too scared. Once the excitement had worn off, I realized I was freezing and I had to grab another sleeping bag to keep me warm. That’s when I decided that I would be carrying not one, but two sleeping bags (well, technically one of them was a quilt) until it got warm enough. I did not regret that decision, despite the fact that the extra sleeping bag was ancient and heavy.

I didn’t do much that day, except eat a lot of food, write, read and hang out with my dad. That evening, however, the ATKO would begin (or kick off if you will) at the lodge. The room where the gear vendors would be was still closed. It wouldn’t open until the next day. However, there were still quite a lot of people huddled together on the balcony of the lodge to attend the two talks. The first speaker was “Sir-Packs-Alot”, who shared his “10 Golden Suggestions for Thru-Hiking the Appalachian Trail”. They were fairly straight-forward and mostly common sense, but there were still a few bits of wisdom that I could use. The other speaker for the night was the very ridgerunner I had met the day before – Clarity! She talked about her experiences with alternate thru-hikes, having herself flip-flopped the year before (interested? she wrote a blog post about it too!).

The next day brought a lot more talks, plus vendors and a whole lot more people. I met a girl named Robyn who was there with her mom and planning to start her thru-hike on the same day as me. She already had a trail name: Ladybird Blue. We decided that she and her mom could ride up to Springer with my dad and I on the 7th; I had decided not to do the approach trail after all. I also met a guy named Justin who turned out to be staying at the same campground as us. He, too, was planning on leaving on the same day and he, too, would get a ride with us up to Springer. I was so proud of myself. I wasn’t even on the trail yet, and I already had hiking buddies – at least for the first day!

The talks, too, were great. It  was very interesting to hear about all the projects going on on and around the trail, and to meet the people who so passionately work on making the trail a better place. For example, “So Way” and “EBrake” talked about their cleanup project named Hiker Trash Trail Maintenance which was supplying repeat thru-hikers with goodies and gear so that they could educate hikers on the trail about proper Leave No Trace principles. I met one of these hikers on my second day on the trail. After promising him I would not leave graffiti in the shelters, he gave me a bag of beef jerky! However, my favorite talk of the day was definitely the one by Odie (of the Hiker Yearbook ) about town etiquette (Take a shower before hitting the bar. No alcohol generally means no drugs, too). It was funny, and obviously inspired by first-hand experiences.

That day was full of meeting people I had heard (or read) about. I bought my guidebook from David Miller aka AWOL himself, heard the famed Miss Janet talk about Hiking Your Own Hike (HYOH but also take responsibility, call each other out but also compromise. Give back to the community.) and even had a peek inside the Peacemaker Bus, the insanely cool bus converted by the Twelve Tribes. 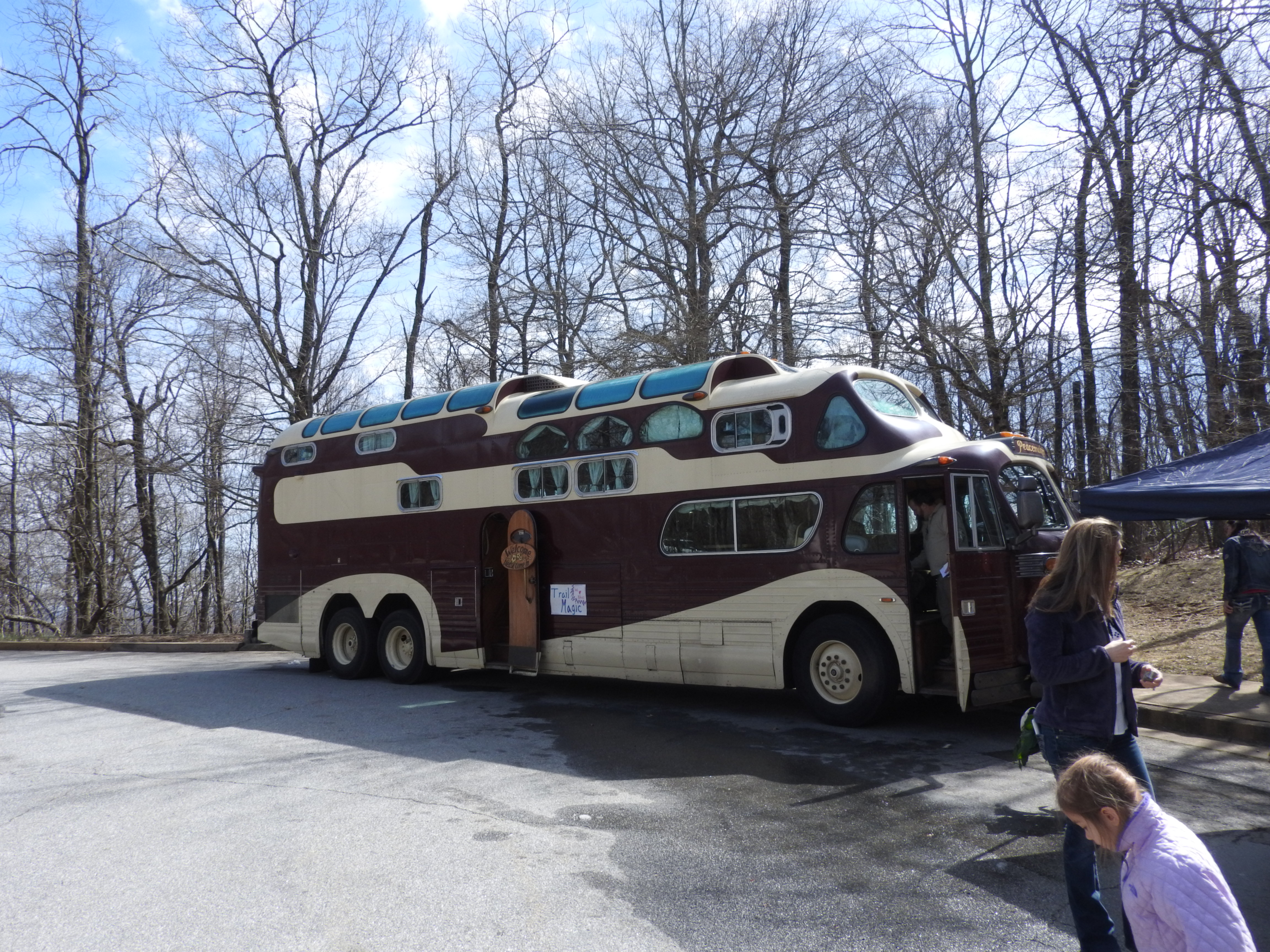 My uncle had driven up from Floriday that day to see me, so the three of us had dinner in the lodge that evening. The restaurant there was great. It was buffet style so it changed every night, but that also meant it had an actual pie buffet. I was happy.

That night I slept in my tent again, now with two sleeping bags, and was toasty warm. The next morning I was greeted with bacon pancakes for breakfast! No time to waste though – we headed back to the lodge for a panel with hostel owners. There were five hostel owners, all from different parts of the trail and all with hostels in different kinds of towns. Their words were very insightful. They talked about work for stay, about mail drops (hostels > post offices! don’t pack pasta sides!), about talking to Southbounders for information, and about how hostel owners are sometimes treated by hikers. They really emphasized that point; when hikers get in to hostels they are often tired. They might be rained on and hungry. However, hostel owners also deal with large amounts of people and are also human and oftentimes you are practically staying in their homes. It is important to be patient and kind.

The Sunday of the Kick Off went by fast and before I knew it, I was heading to the visitor’s center once more, this time to actually register my thru-hike. The center would still be closed the next morning when we were heading off, so it was now or never. Clarity was there once again, completely understanding of my near-hysteria. Did I have everything? Did I have too much? My things barely fit in my pack and I actually had to add extra compartments to fit everything. My food bag basically took up half of my pack. I was tired and nervous. She calmed me down and made me weigh my pack. 40lbs. Ouch. I registered, and then she convinced me to let her take a look at what was in my pack. A shakedown. I could check another thru-hiker achievement off my list. 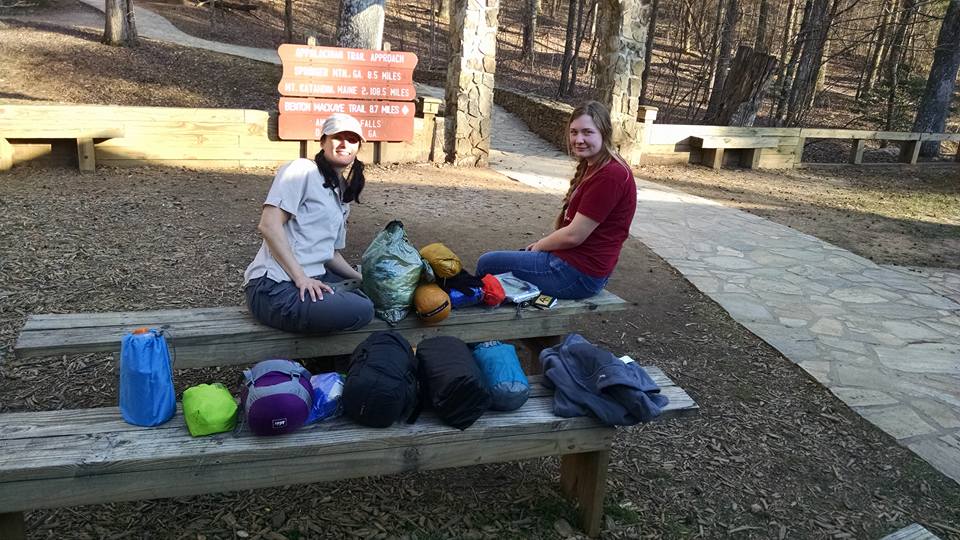 It helped a lot. I was convinced to leave a couple of things behind, to take less food, less water, and less worries. Since my dad would be following me in the camper for a couple of weeks I had all the time I needed to decide what I did and didn’t need. I would be okay!

We headed back to the campground one last time. The next day was Monday, March 7th.. the day my hike would begin.