The Great Catch-Up Part One: West

I have learned a great many things since I first set out on the Appalachian Trail on March 7th. For example, I learned that I need a lot of water in a day, and that I sweat a lot. I learned cool tricks for building campfires and how best to treat blisters. I also learned that I’m really, really, really bad at writing on my phone. I started off keeping a journal with the idea that I’d type it all out on my phone later and then.. never actually wrote a blog post. And now it’s two months later. Oops. So here goes, the Great Catch-Up aka The Road So Far aka Onceaday? more like Onceatwomonths! (It’ll make sense, I swear.)

The Journey West. (and then South. And then East. To go North.) 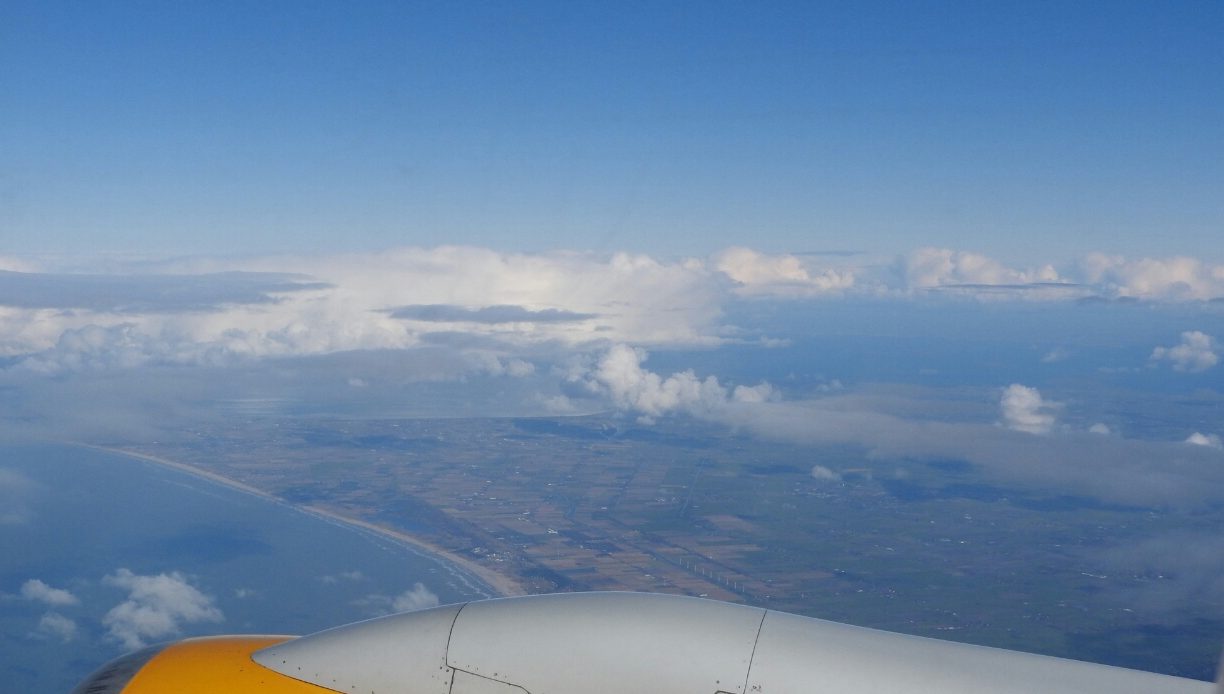 The plan: My dad would fly to the US first and get his new camper up and running so that when I got there, all I needed to do was get my last supplies and we would head out. The new camper being with our family in Colorado – the same place where all of my online orders and awesome sponsor packages had been sent. After that, we would head out on a roadtrip to Amicalola Falls, attend the AT Kick Off, and then I would head out on the trail.

Step one? Getting to the right continent. On February 25th my mom, boyfriend and I set out from my parents’ house to take the car to the train station and the train to Schiphol Airport, Amsterdam. Once there we checked in my bag (backpack cleverly contained in a humongous suitcase so as not to damage it) and had some coffee, all the while (I think) pretending not to be thinking about me dying out in the woods somewhere. It took about five dramatic goodbyes between me and my boyfriend for me to be able to go through security without running back and even then we kept waving at each other through the window. I’m convinced we were adorable and not at all obnoxious.

After having flown as much as I have you would have thought I would have remembered to empty my Nalgene before going through security.. but I didn’t, and was lucky to have a very nice security lady offer to empty it for me while I apologized profusely. After that, my journey to the actual airplane was fairly unremarkable. I had a last binge on overpriced Dutch food (it’s called kroketten, America, why are you not on this yet? It’s fried for goodness’ sake!), realized my flight would start boarding in less than two minutes and hurried my way to the gate. Once boarded, I found that both other seats in my row were empty and I had a great time staring at The Netherlands, Scotland and Iceland as we flew, half laying over all the seats. 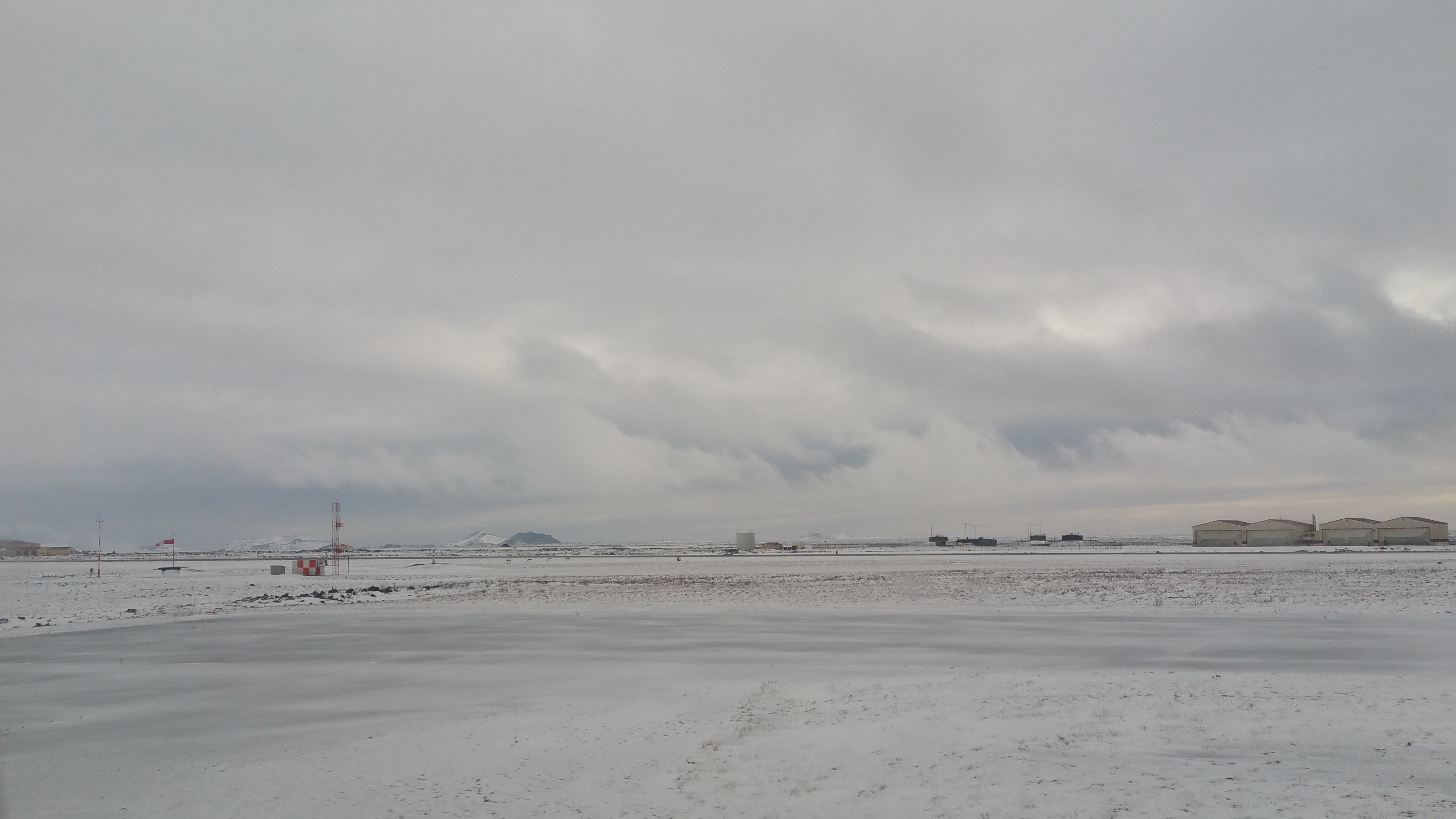 Iceland in February. I’m not sure what else I could have expected.

I had always proudly proclaimed that Iceland wasn’t icy at all when I’d been there! In fact, it was better off being called Greenland, and vice versa. But, uh, in winter.. the name makes sense. It was snowing when I got out of the plane and we were all quickly ushered in to one of the shuttle buses to take us to the terminal. In the otherwise quiet terminal there was pure chaos once I found the section my gate was in. Apparently it had seemed like a great idea to cram four different US-bound flights in to the same corner and have them leave within fifteen minutes of each other, without an actual seating area for each. Everyone was standing in line but no one knew for which flight. I hid in a corner with a sandwich until I heard my row being called and then struggled my way to the gate. After that the flight was uneventful once more. No more three seats all for myself, but nice quiet people on a pleasant flight. We were Denver-bound!

Many hours, a movie or two and a quick nap or three later we touched down in Denver. I went through customs without a hassle – dutifully declaring the pile of Dutch snacks I’d brought for my resupplies – and was soon reunited with my dad, aunt and uncle and whisked away to Boulder, Colorado.