When I went into my tent for the night at around 7, I was the only hiker camping in the area. The next morning, I woke up to 4-5 tents scattered throughout the area. I personally prefer getting to camp around 5-5:30, while other hikers don’t mind arriving to camp late at night in the dark. I broke down camp in a hurry, excited to begin my trek through Pennsylvania. The day started off with a brief climb to get me warmed up, before remaining flat and mostly smooth for the next several miles.

A steep, rocky climb leads to Chimney Rocks, providing the first view in the state of the surrounding hills. The AT remains mostly flat on the ridge before descending down to US Route 30, but not before making its way through a large boulder field. I have a feeling traversing large boulder fields will be a regular occurrence during my time in this state.

17 miles in, I took a quick side trip down Route 30 to BonFire Burgers for lunch and to charge some devices, before pushing on to finish off the last few miles of my day. I entered Caledonia State Park and was greeted with the second rocky, steep climb of the day. The trail flattens out, crossing many dirt roads before arriving at a large clearing in a beautiful pine forest, where I decided to set up my tent for the night. Camping in pine forests might be my favorite area to camp, and this unofficial site I snagged might be up there for one of my favorites of my entire hike. 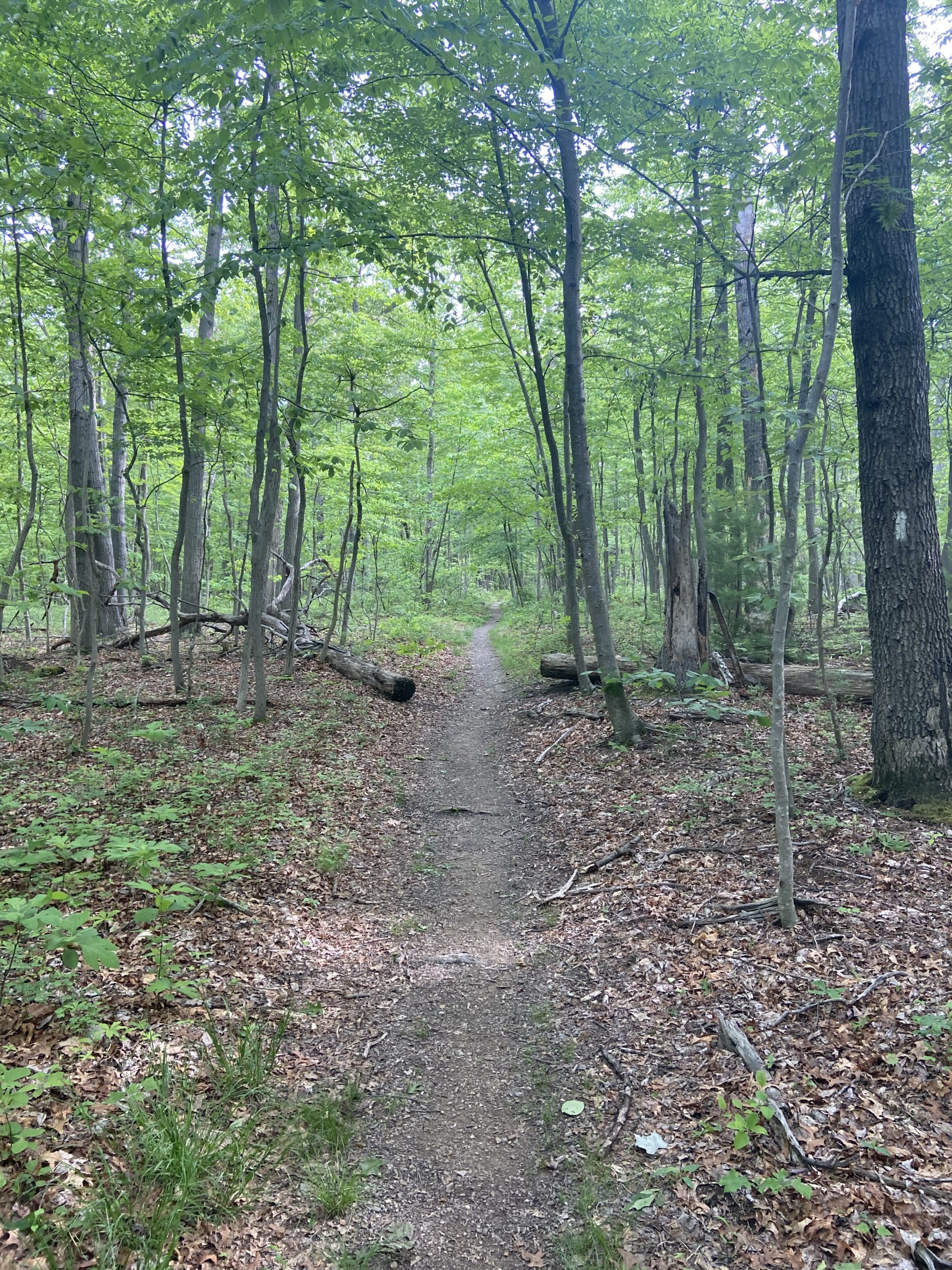 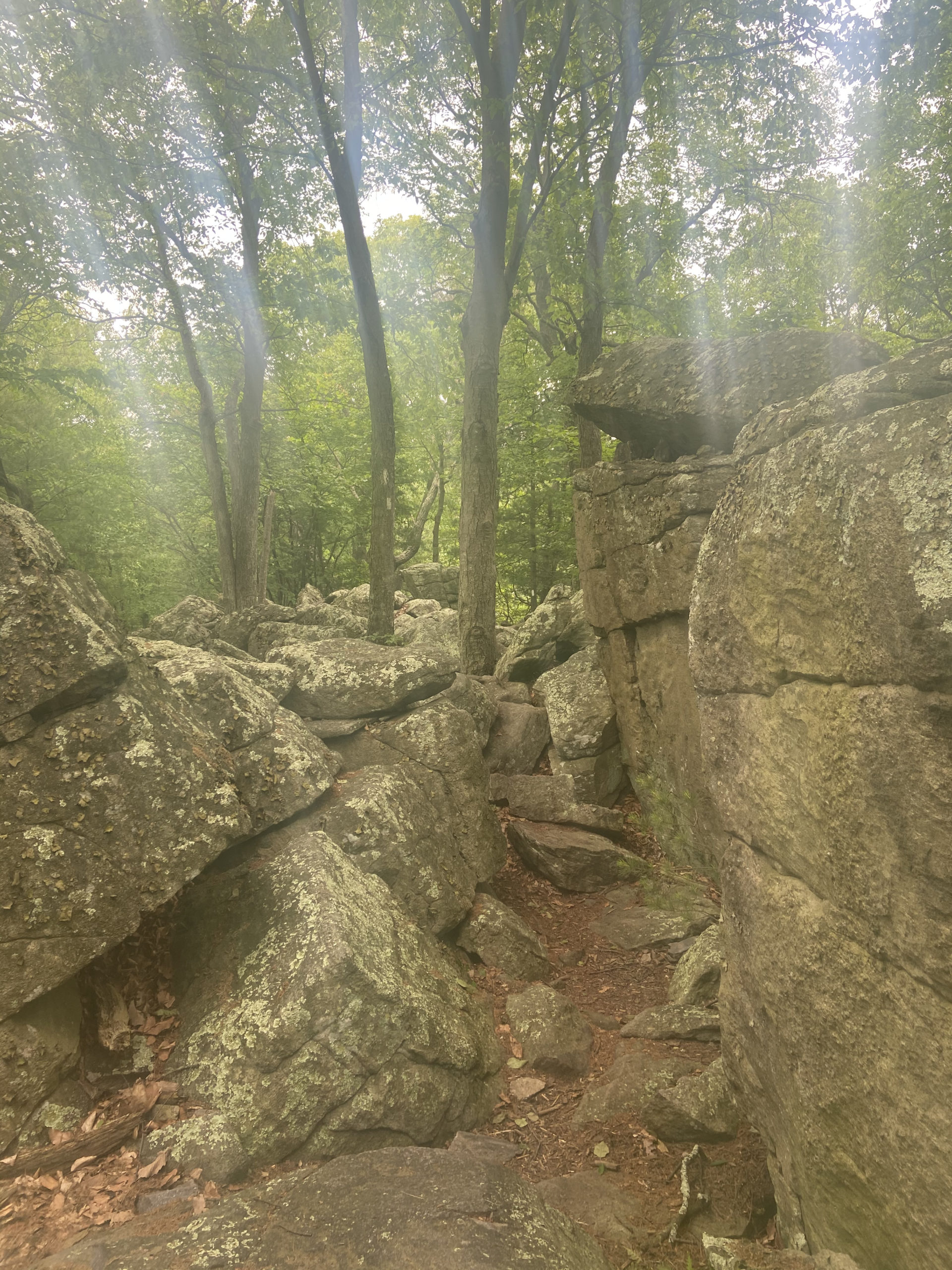 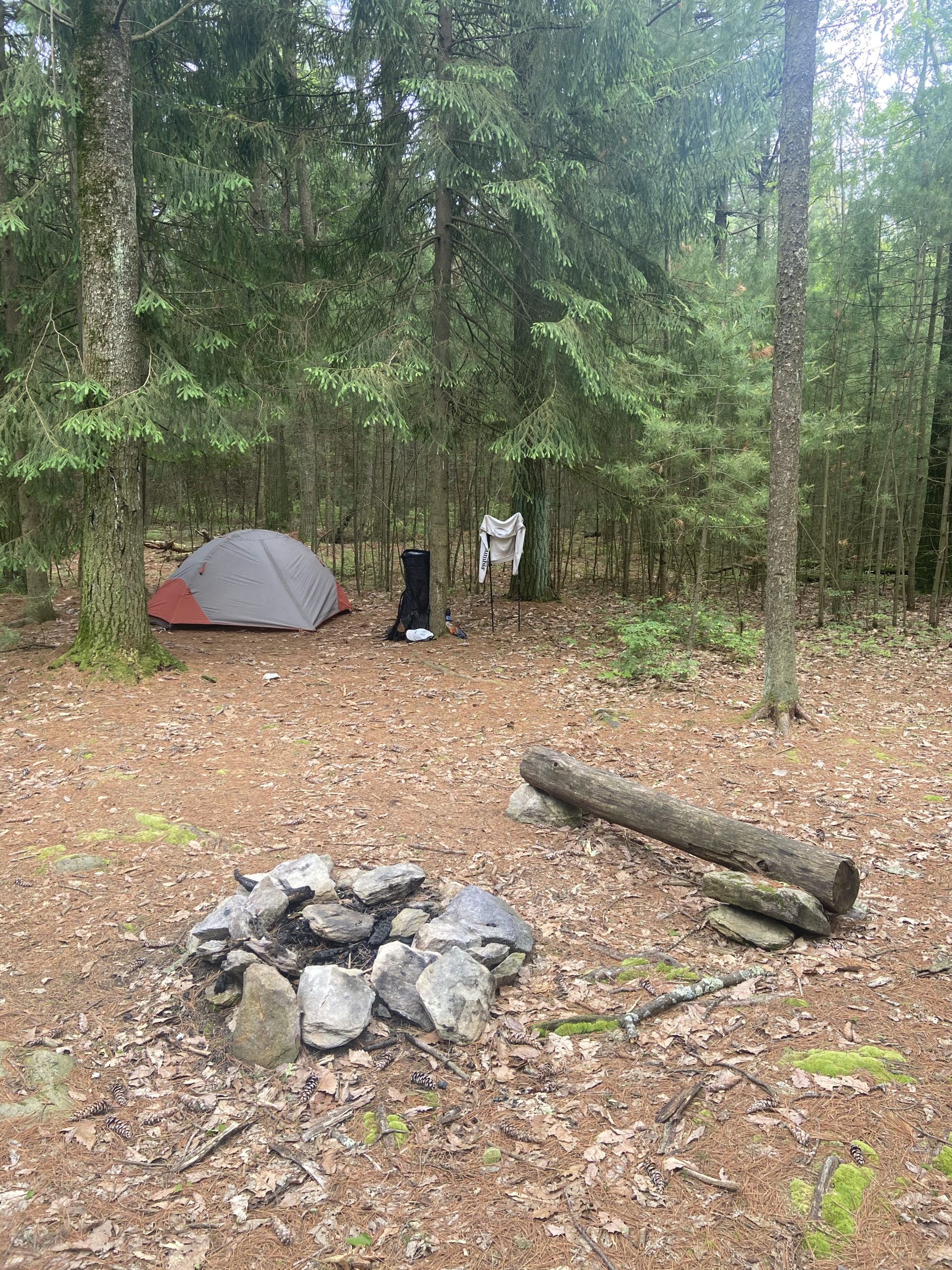 It rained very lightly throughout the night but thankfully stopped by the time I was up and breaking down camp at 6:30. I wanted to hike as many miles as I could before the thunderstorms that were predicted for that afternoon rolled in.

For the first several miles on the day, the AT passes through Michaux state forest; full of pine trees and blooming Mountain Laurel. Immediately after passing Tom’s Run Shelter, the AT reaches the official halfway point monument; an iconic landmark for every thru hiker. I took a pic and headed on towards the Pine Grove Furnace State Park Store, home of the half-gallon ice cream challenge: where hikers attempt to eat a half-gallon of ice cream in under an hour. Sorry everyone, but I didn’t attempt the challenge, but I encouraged another hiker going for the challenge.

The trail climbs very gradually for a couple miles after Pine Grove, again through more pine forests and blooming mountain laurel, just as the skies began to grow darker by the minute. I quickly ate my lunch and as soon as I began to make my way back down trail, the rain began to fall. I don’t mind hiking in the rain; it’s setting up/breaking down my tent in the rain I am not a fan of. The rain soon turned into a downpour, and I was completely soaked to the bone. It continued on like this for the next couple miles, completely flooding the trail into a flowing stream.

Thankfully, the rain stopped just under a mile away from the campsite that I had in mind. In fear of the rain picking back up as I was setting up camp, I zoomed down trail and soon arrived at my site, thankful that the tent spots weren’t flooded. It was only 3:30, but I was content spending a relaxing afternoon in my tent watching YouTube and catching up on social media. Changing into warm, dry clothes and lying down in your tent after hiking several miles in the rain is a great feeling that only hikers can relate to. 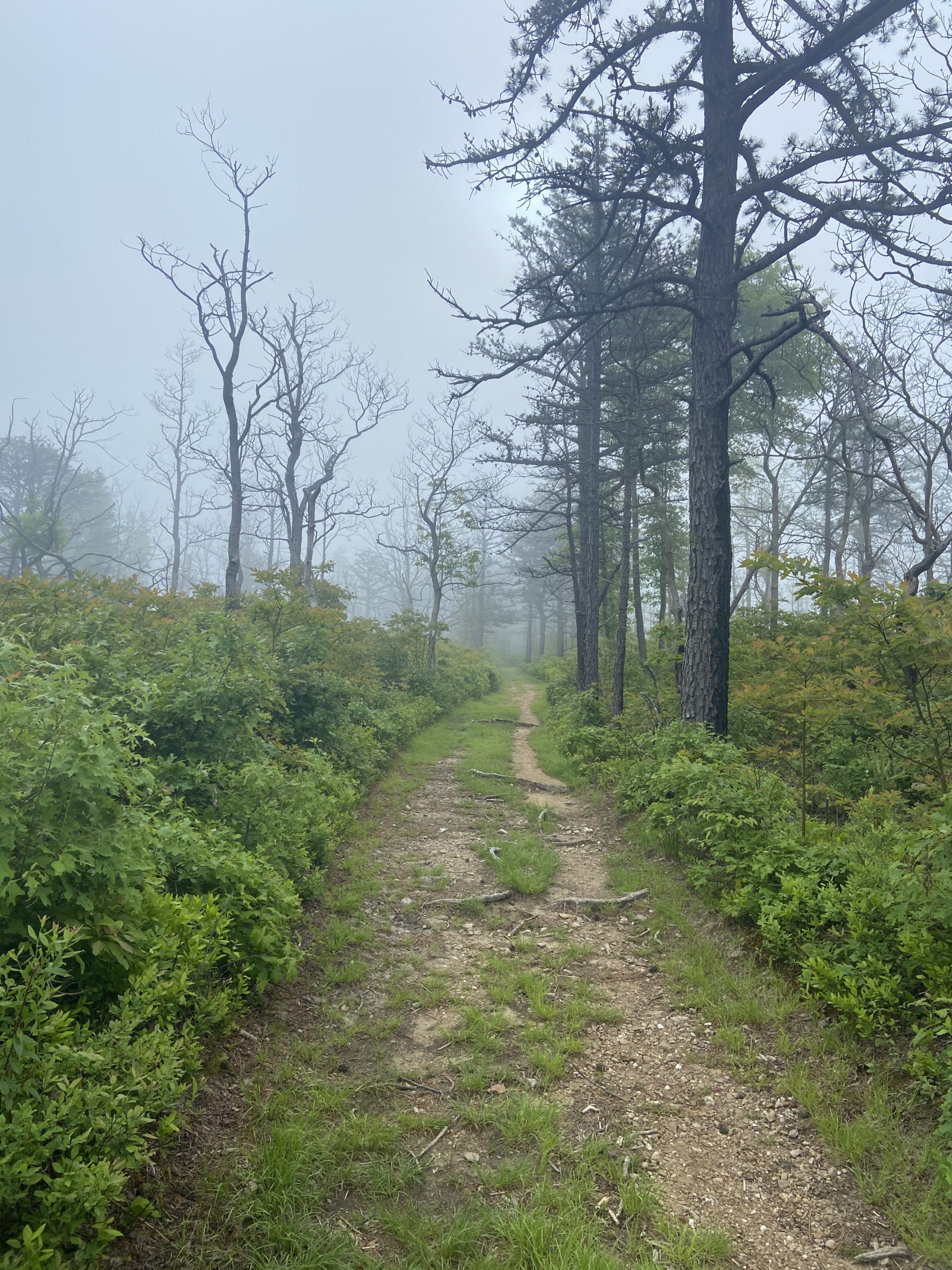 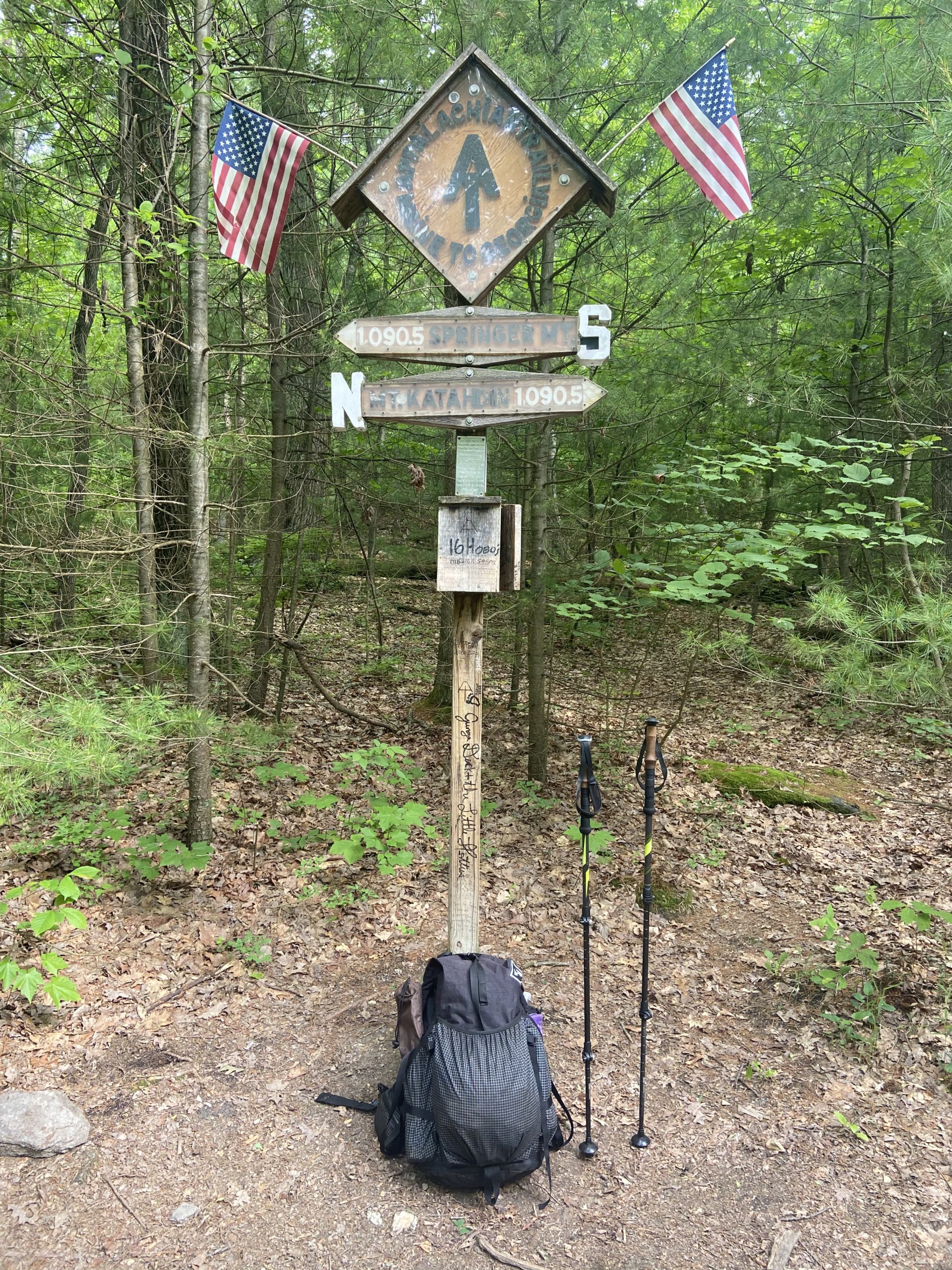 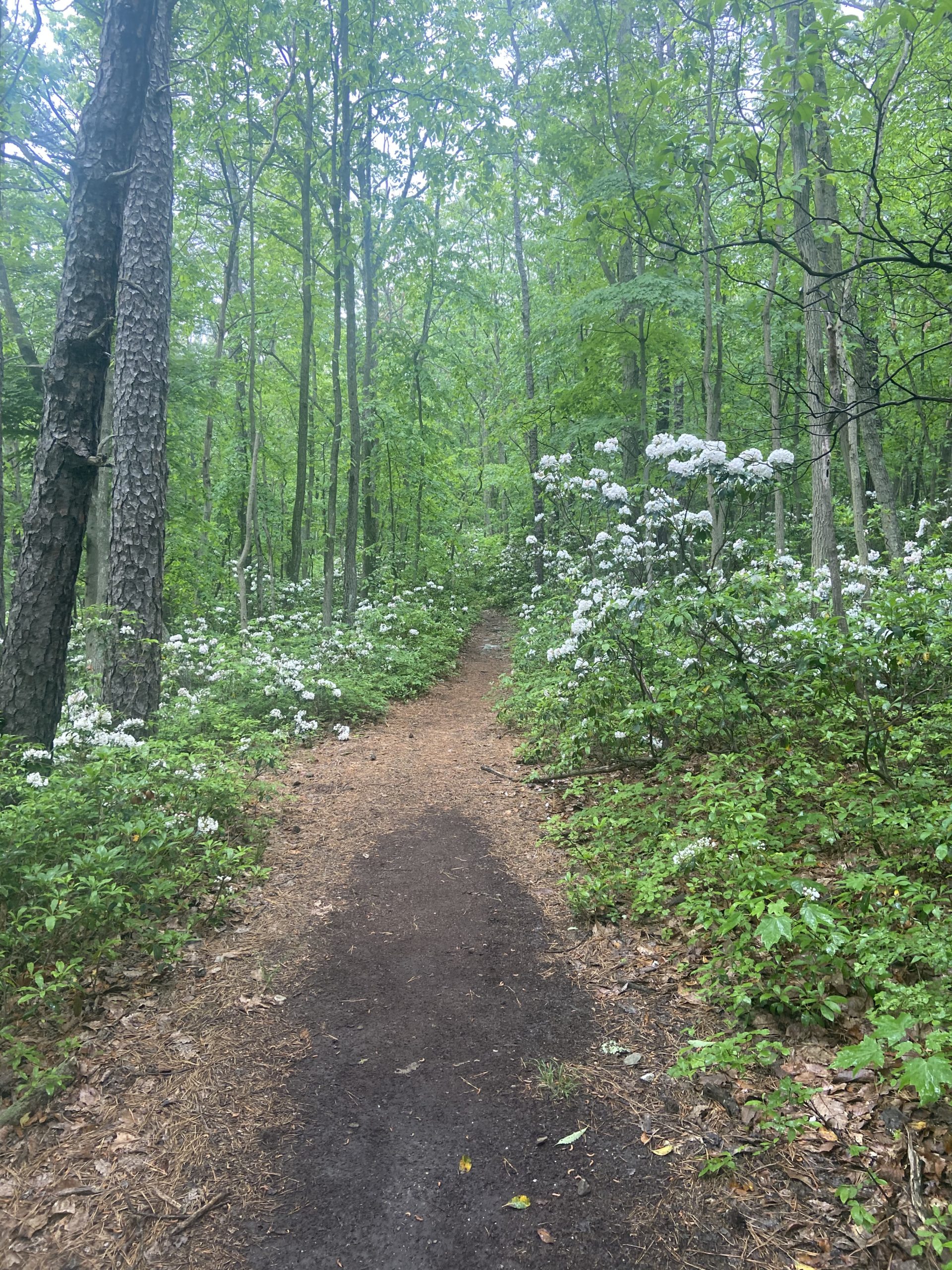 Thunderstorms were predicted throughout the evening, but I didn’t hear any; either they never came or I am a very strong sleeper. Nonetheless, I broke down camp and was hiking by 7:00. The first mile was a flat warm-up before climbing up several steep and rocky hills, none providing views in classic PUD fashion. 7 miles in the AT leaves the woods and walks through a large open farm before reaching the town of Boiling Springs. Right off-trail was a cafe where I enjoyed breakfast #2 before continuing on northbound.

The next 14ish miles of the AT goes through the farmland of Cumberland Valley, making these miles the easiest miles of the entire trail so far. These miles were completely flat and smooth, as the AT makes its way through the woods right next to the farms and often times crossing the farms themselves. It was very hot out but I was thankful there were no thunderstorms as this is the last place you want to be caught in during an intense storm.

The AT leaves the farms of Cumberland Valley and climbs back up into the woods with a steep and rocky climb. Most of the climbs in PA have been steep and rocky, but short. These climbs are much different than the long, gradual, smooth terrain climbs that were typical in the south. No longer are the days of switchbacks; these climbs relentlessly go straight up to the top of the hill. I arrived at a stream with nice tent sites close by, just over 26 miles in for the day. I was feeling pretty exhausted but very happy with the ground I covered after 6 days in a row of solid mileage and was ready for a near-o day into town the next day. 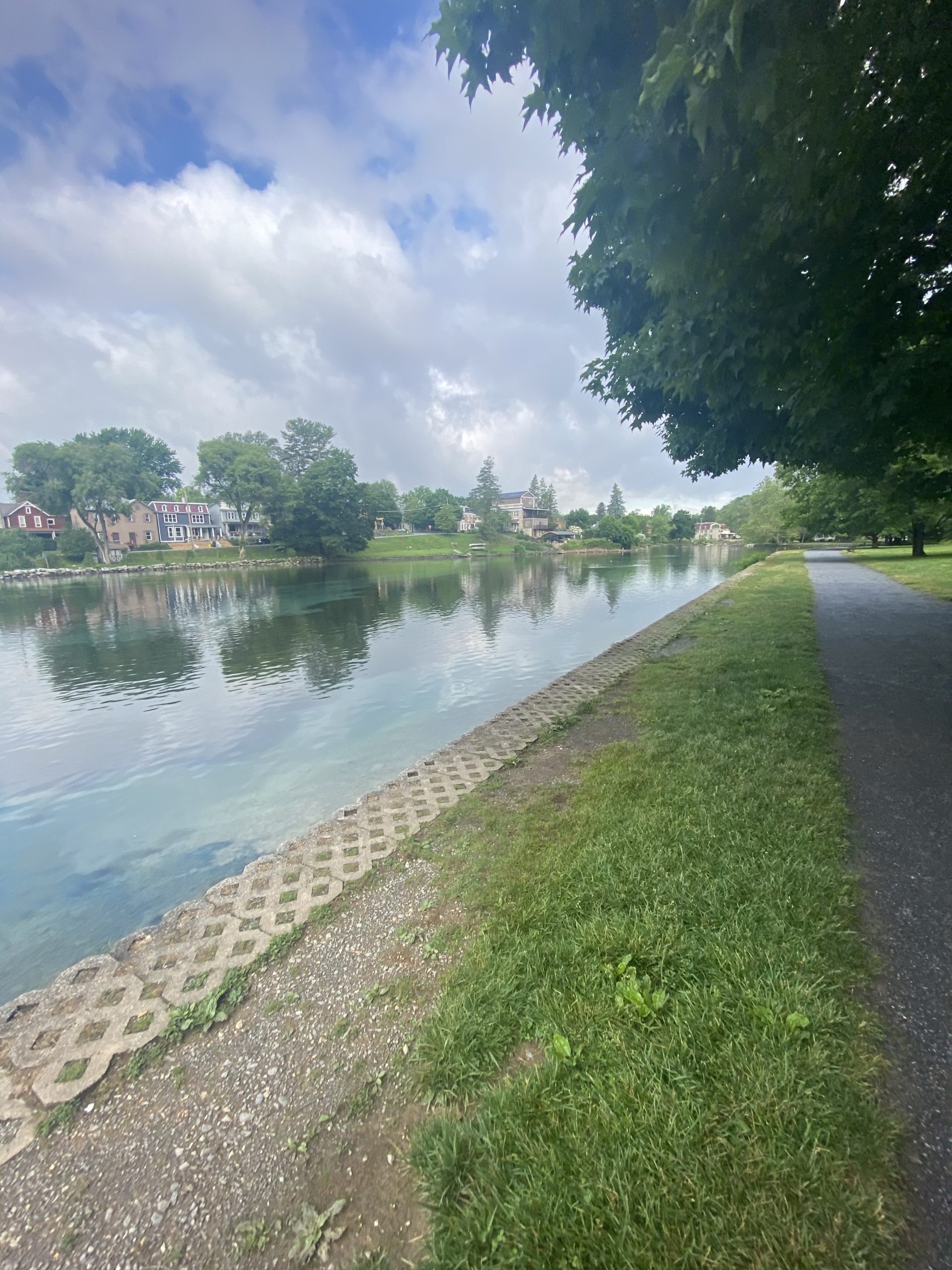 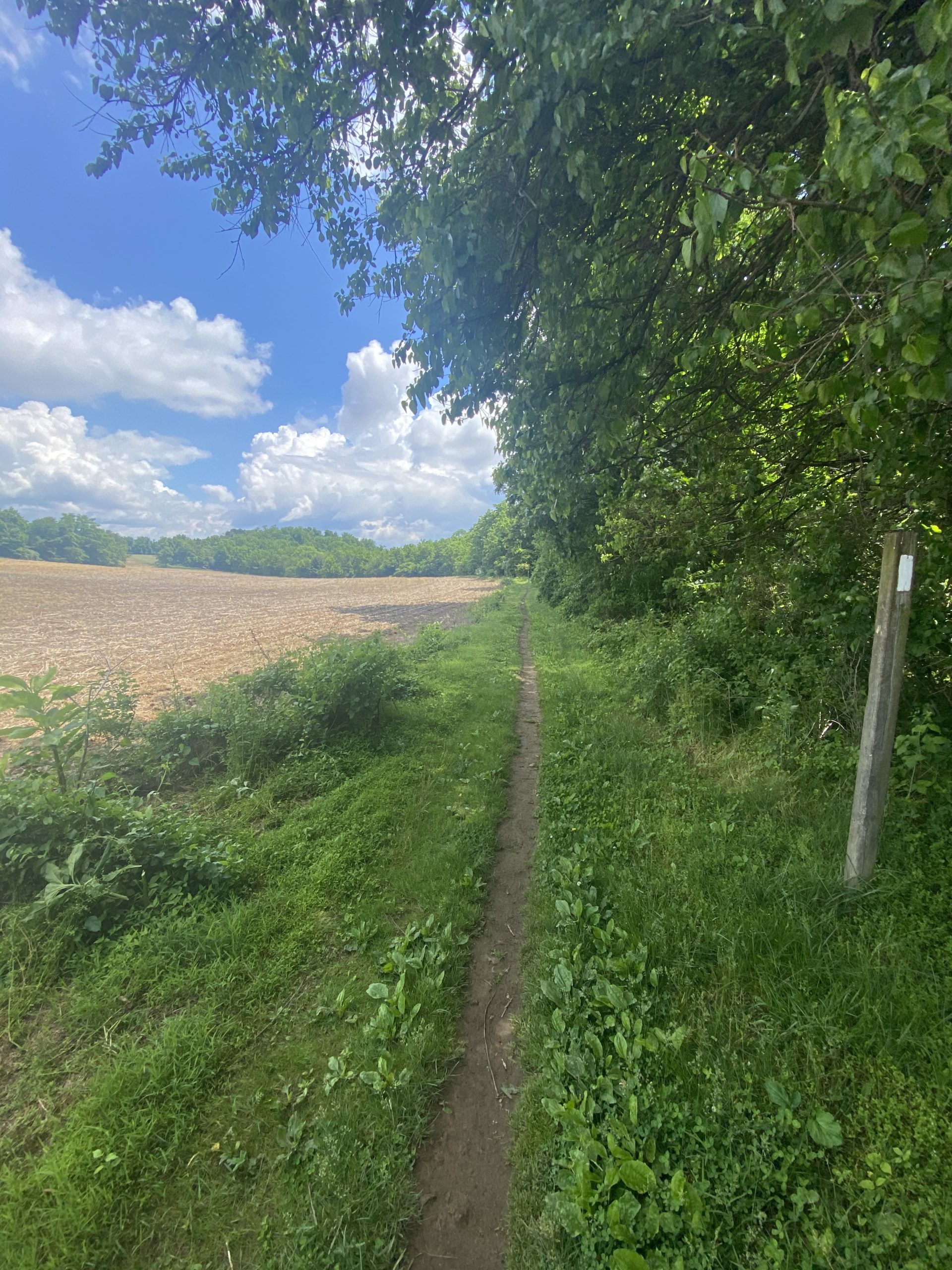 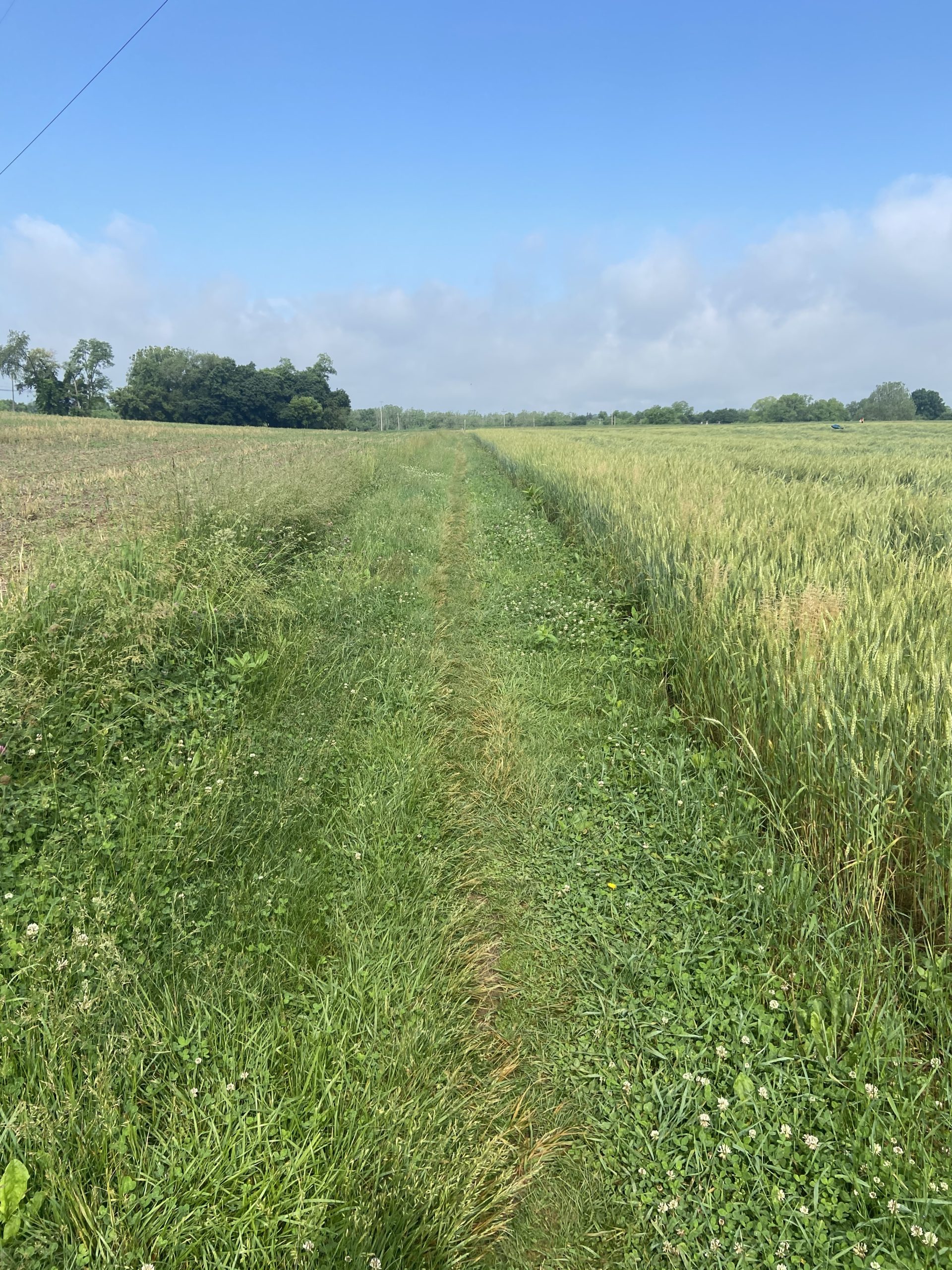 I fell asleep super early the previous night, sometime around 8:00 I think. It was just after 7 AM when I began to make my way towards Duncannon, but one more climb up Cove Mountain stood in the way. It was a typical rocky and steep climb to the top, followed by flat but very rocky ridge hiking for the next several miles. Right before descending the mountain, I arrived at Hawk Rocks which provided fantastic views of Duncannon and the Susquehanna River down below.

It was a very steep, knee-crushing descent down off the mountain, where I was greeted to some trial magic, my first in a while. I walked to the grocery store to resupply where I met the very popular trail angel Mary, who offered to drive me downtown after my shopping. I was staying at the Kind of Outdoorsy hostel, which also acted as an outfitter. It was a great day relaxing in the air-conditioned hostel out of the heat and enjoying some drinks at the iconic Doyle Hotel with other hikers. 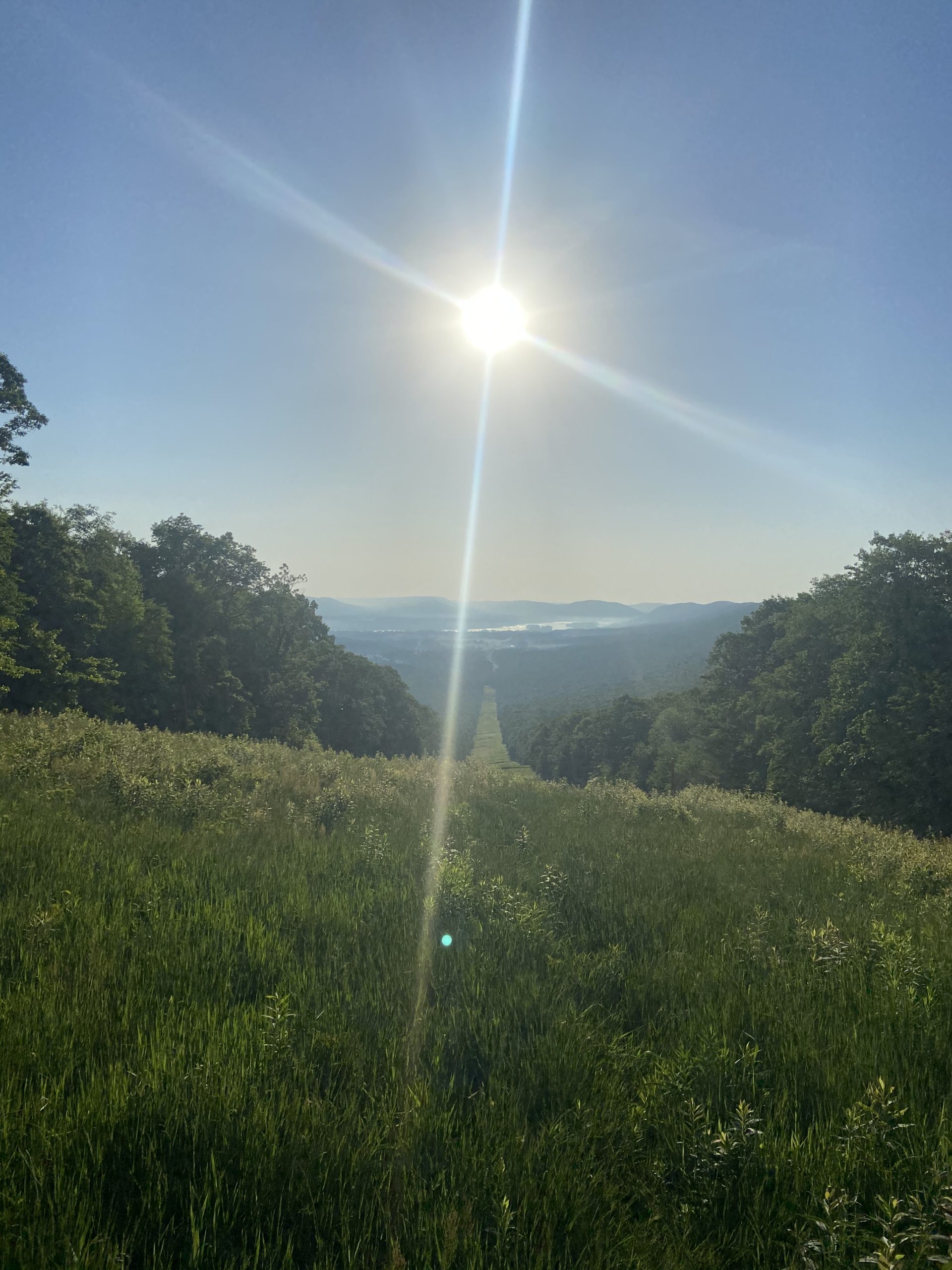 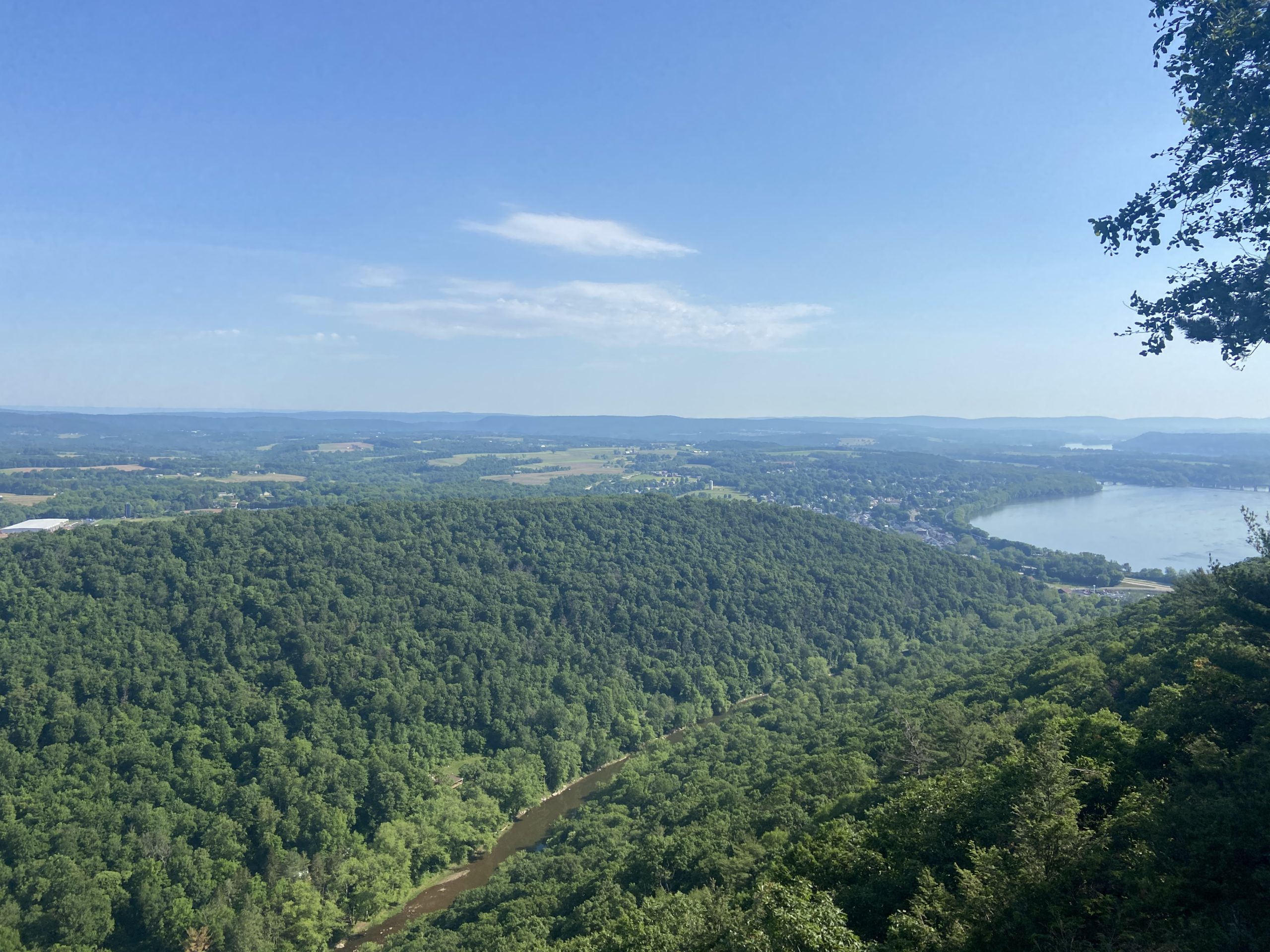 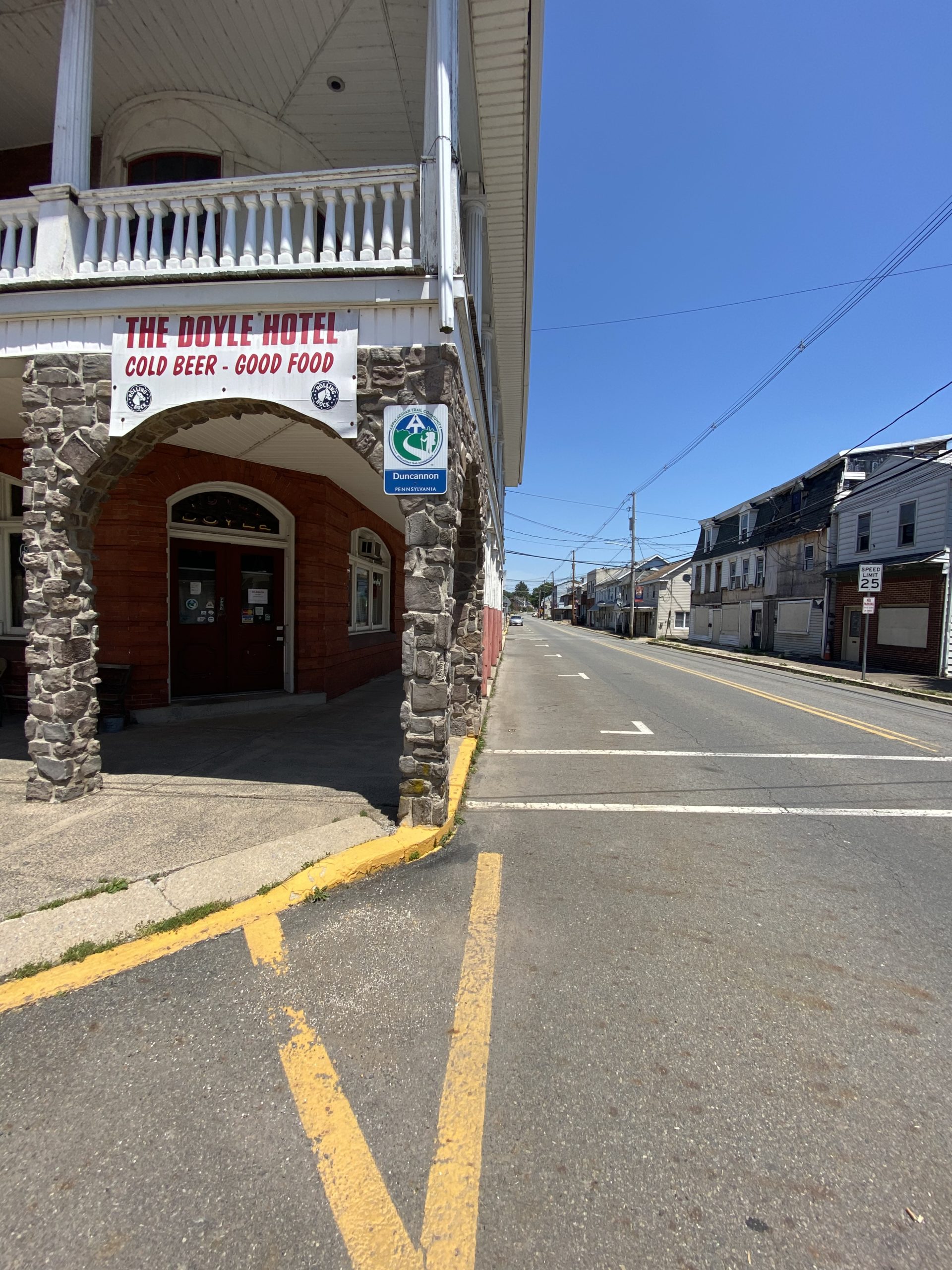