The Metamorphosis Begins: Becoming a Thru Hiker (again)

Friday, May 20th. Just another random Friday for most people. You were probably eagerly awaiting getting off work to have a few drinks, or perhaps had plans to go to the lake with friends or family for the weekend. Well, on that day, I walked out of work moments after submitting a letter of resignation: I wouldn’t be coming back. Ever.

The weekend before, I’d dropped my dog off with a friend who generously offered to keep him long term. The day before, I’d left my pet corn snake at a nature center to spend the next six months entertaining and educating kids. That morning, I moved the last of my things out of my awesome rental. Homeless, jobless, and with no real plan in place, I hopped in my car and headed north.
I decided to go to the Captain’s big yearly hiker feed over the weekend before starting my hike. I had been on the road for nearly 8 hours when I reached my first destination: picking up Silly and Longspoon around 11pm from some obscure backroad trailhead in southern VA. From there, we went on into Bland to meet up with Wildcard. The original plan was to drive onto the Captain’s that night but it was already after midnight and I’d been driving for 10 hours straight after working an 8 hour day, so I was beat. We collectively decided to spend the night at the community center pavilion in Bland. There was a shower! It turned out to be a nice night surrounded by new and old friends. 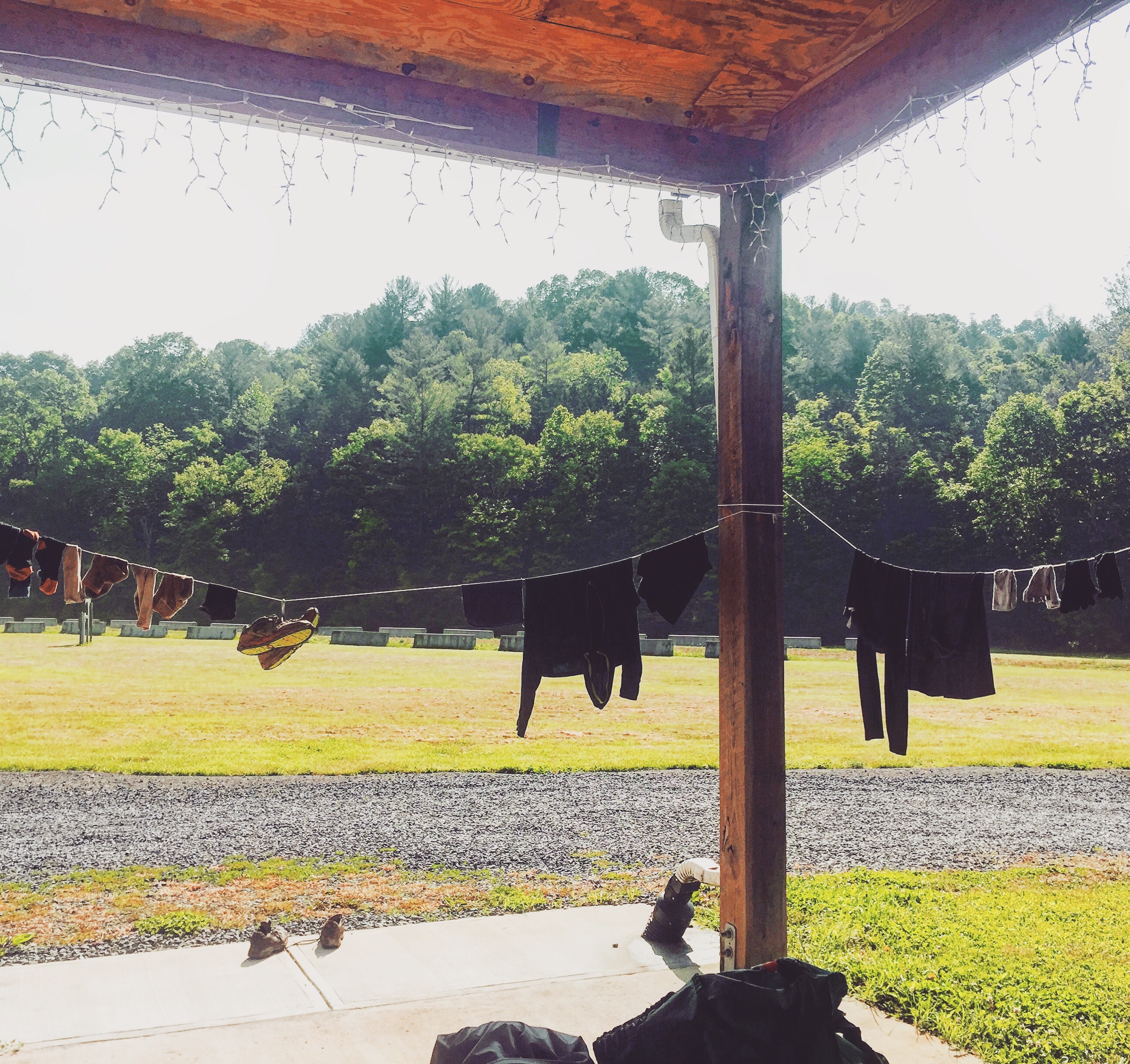 The next morning we headed into Pearisburg to do a little shopping, then out to the Captain’s for the hiker feed. Trail tip: The Captain is this nice guy who lets hikers crash in his yard year round for free. He throws a big hiker feed/party two weekends after Trail Days every year. You don’t want to miss it! He’s at mile 655 ish. 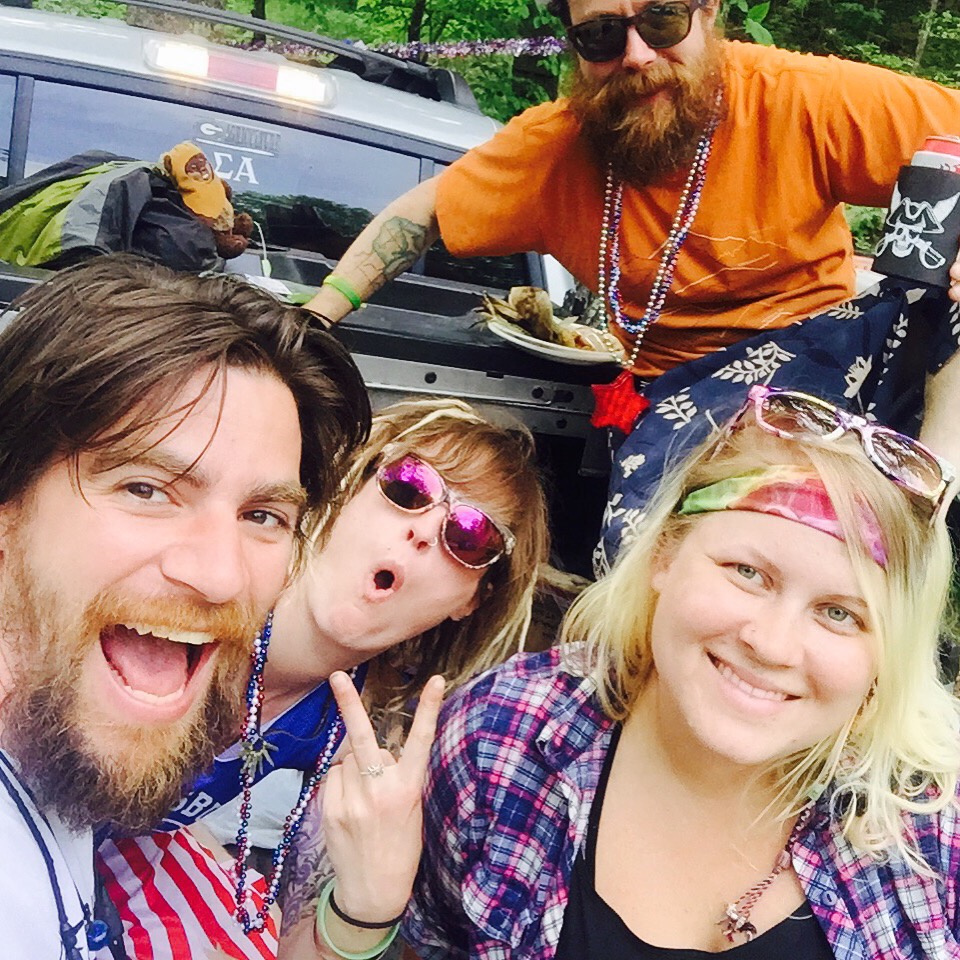 Wildcard, Silly, Longspoon and I at the Captain’s.

After a blur of a good time at the Captain’s we took off to Pearisburg for brunch. Unfortunately, I had one too many moonshine infused strawberries (actually, I only had one… It was that bad) and I wasn’t able to eat my “last meal” before beginning my thru hike. Renee (now known as Georgia) joined us in Pearisburg and we all headed off to Dismal Falls. 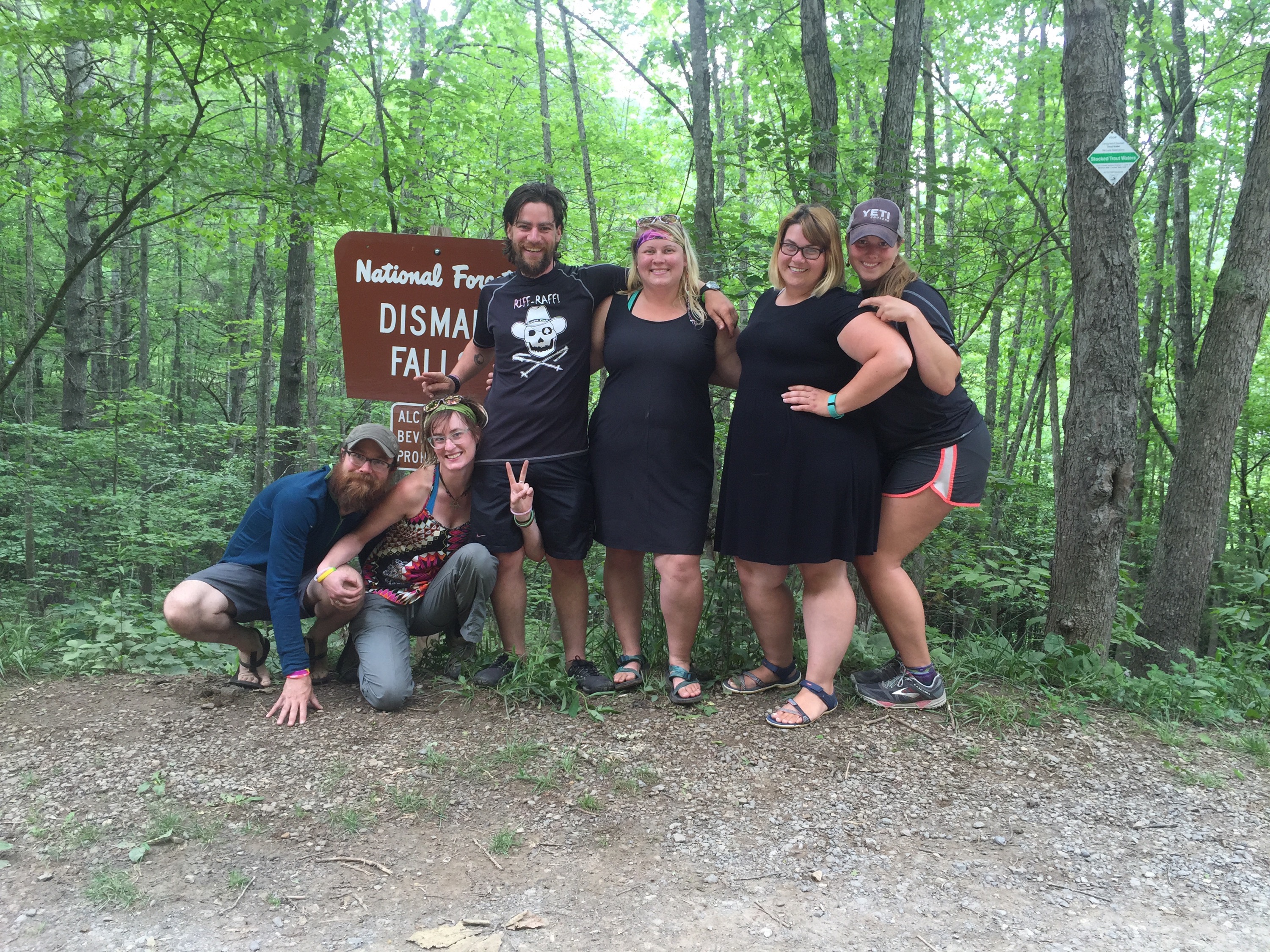 Wildcard and Crispy (far right) had gotten off trail at Bland to go to Captain’s so they took my truck back a little further south to avoid missing miles. They will catch us in no time.

Dismal Falls marks the beginning of my thru hike attempt! We camped overnight at the falls and I had a sweet campsite next to the falls. Trail tip: this waterfall is worth the half mile blue blaze PLUS there’s a very short (tenth of a mile) side trail from the falls up to the road, where a short road walk will take you right to Trent’s Grocery. 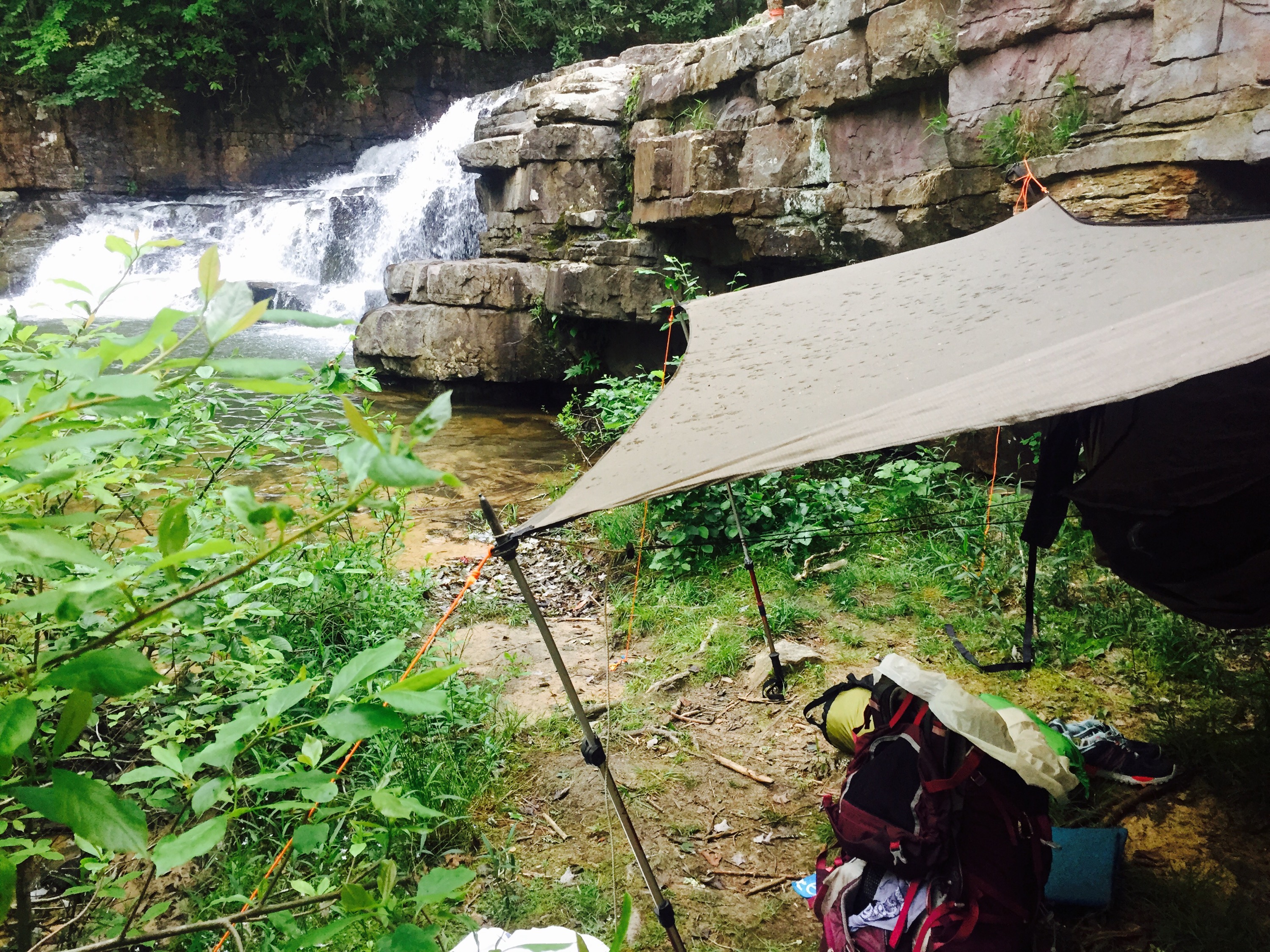 The next day began a three day jaunt to Pearisburg, where Renee would part with me. Along the way we did a 6 mile day, a nearly 8 mile day, and a nearly 12 mile day slackpacking from Woods Hole, where Renee received her trail name from Neville. Trail tip: plan to stay at Woods Hole. The upstairs bunks are on point and the family meals are to die for. Hospitality is amazing, and they will not let money be a reason why you can enjoy a stay there. Also, you have to be a guest to dine. We were expecting rain all week, but ended up with gorgeous weather. 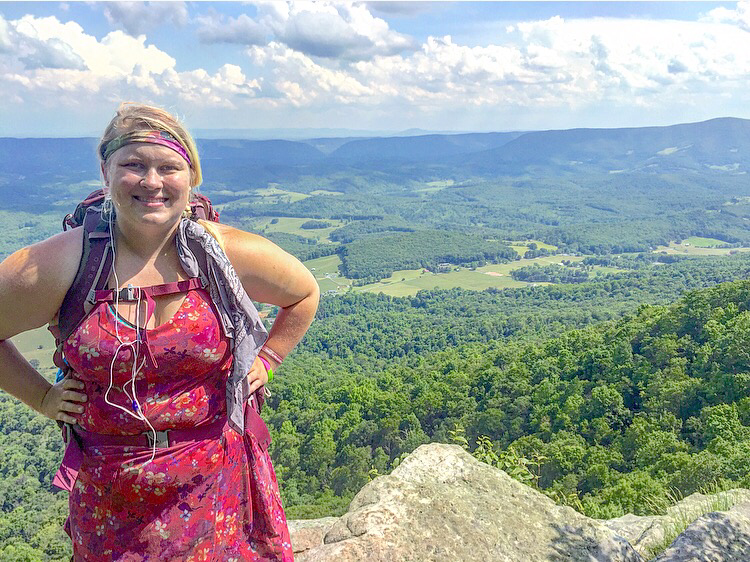 I started out with my Aura 50 pack and switched to my AG 65 once we reached Renee’s truck (where I’d stashed it for this particular purpose). I don’t need the extra space but I think the fit is better and the pockets are more usable.

I had planned to stay overnight in Pearisburg and hike out the next morning. Well, if you’ve ever read any of my blogs you know how plans go. There was a crazy thunderstorm rolling in the next day (turned out not to be so crazy, although lightening did strike the corner of the hotel). So we accidentally zeroed here. For the best though because I got to meet a ton of people who I’m sure I’ll be hiking around for the next few weeks. 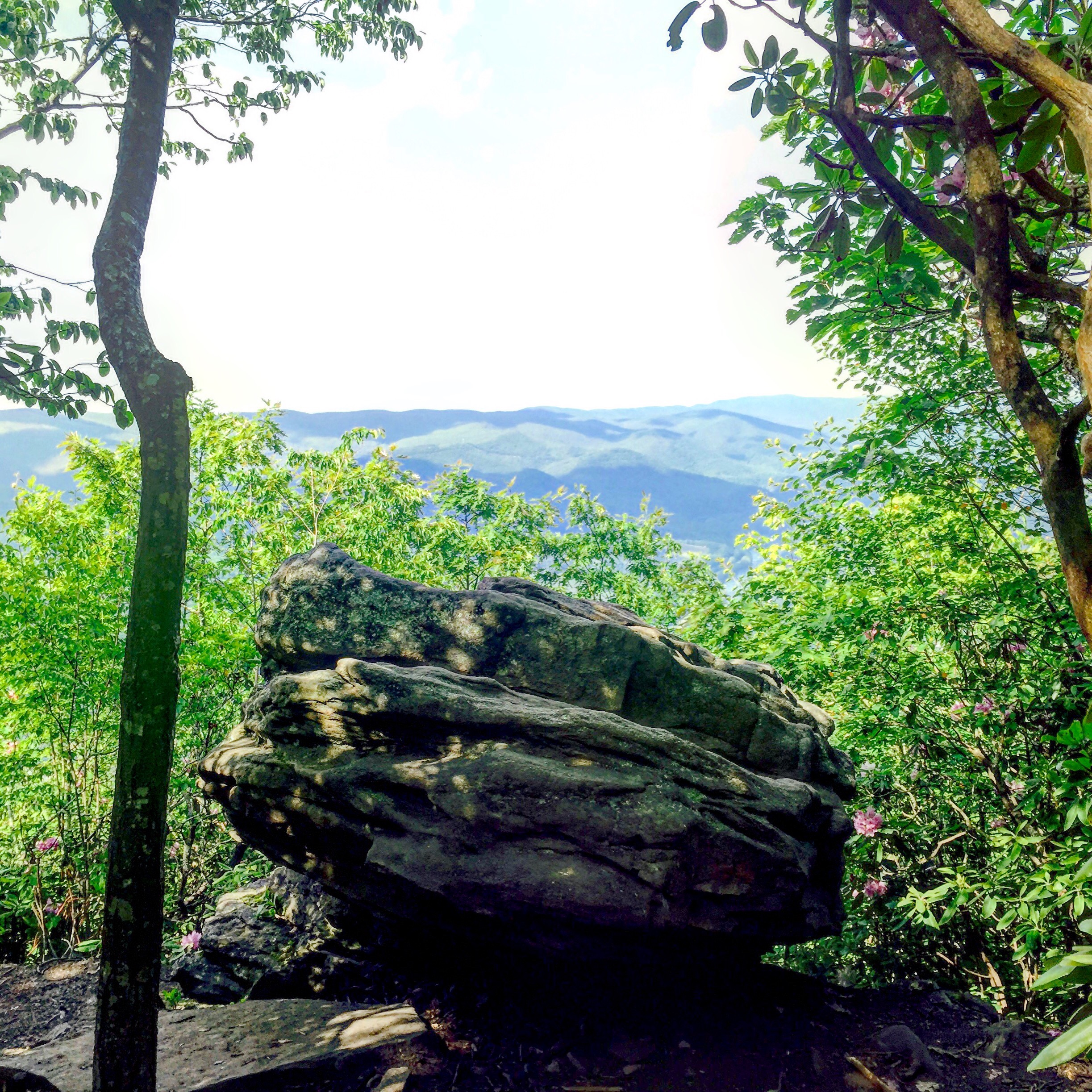 Hiking out of Pearisburg was hell. I was dehydrated from a lazy day and a half off and it was BRUTALLY hot. That and I got sunburned swimming at the hotel. That and there was no water for several miles. That and I ate crappy Dairy Queen food before hiking out. However, I really felt like I rocked that climb. It was uphill for about 6 miles and I made good time despite a late start and all the suck. I made it to Rice Field Shelter just in time for sunset (and barely in time to use the privy… That was almost a bad situation). Trail tip: Rice Field Shelter is a great place for a sunrise or sunset. 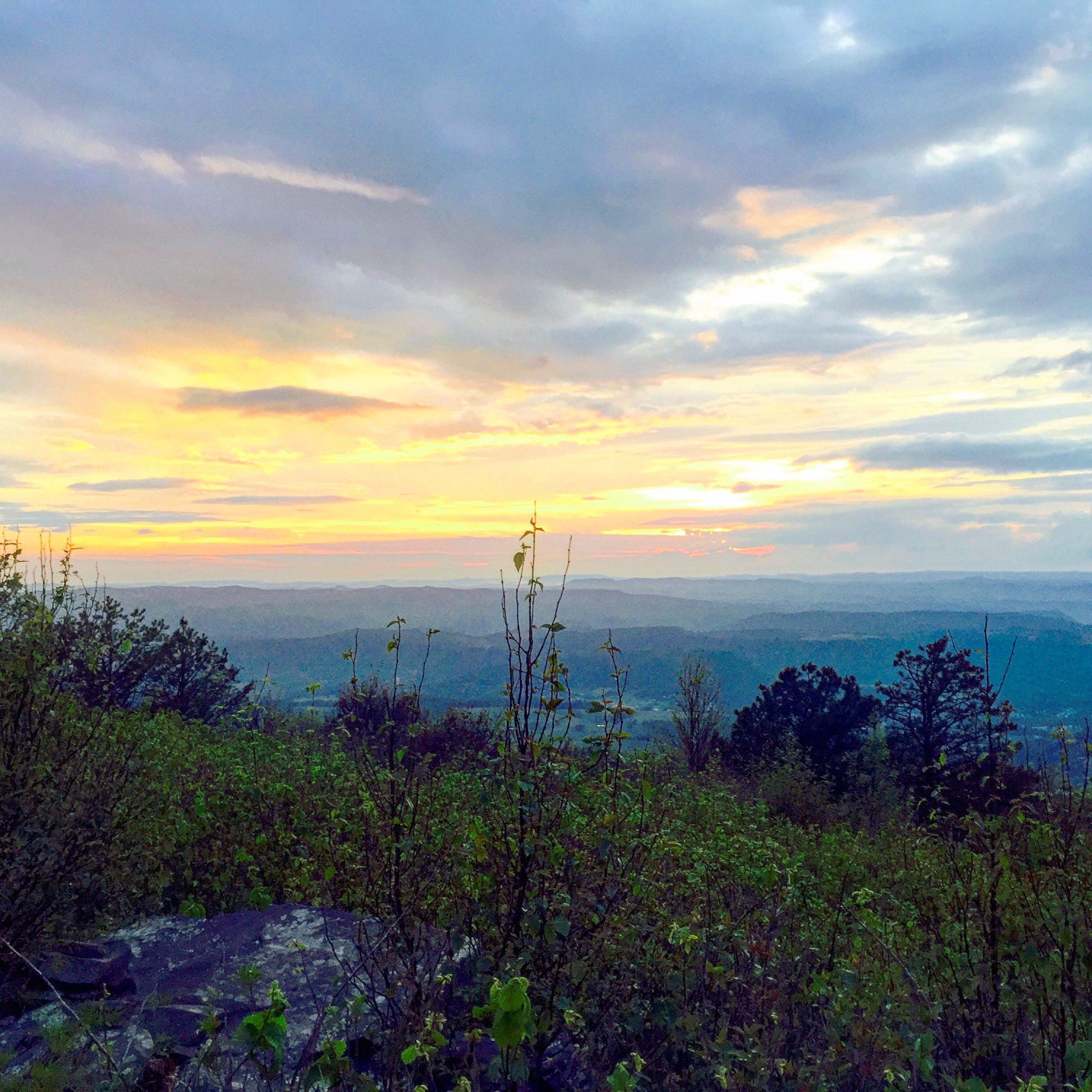 Sunset from Rice Field Shelter, about 6 miles north of Pearisburg

I ended up night hiking for the last half hour or so. No biggie, except that I was too lazy to take my pack off again so I was using my phone as a light. That’s also no biggie except that THEN I SAW A BEAR. Sensed is a more accurate term since I couldn’t really see anything. True to form, I yelled “YO BEAR!” and clanked my poles together. Bear friend ran off into the woods and I made it to camp without incident. Trail tip: keep your headlight handy when it’s getting close to dark. 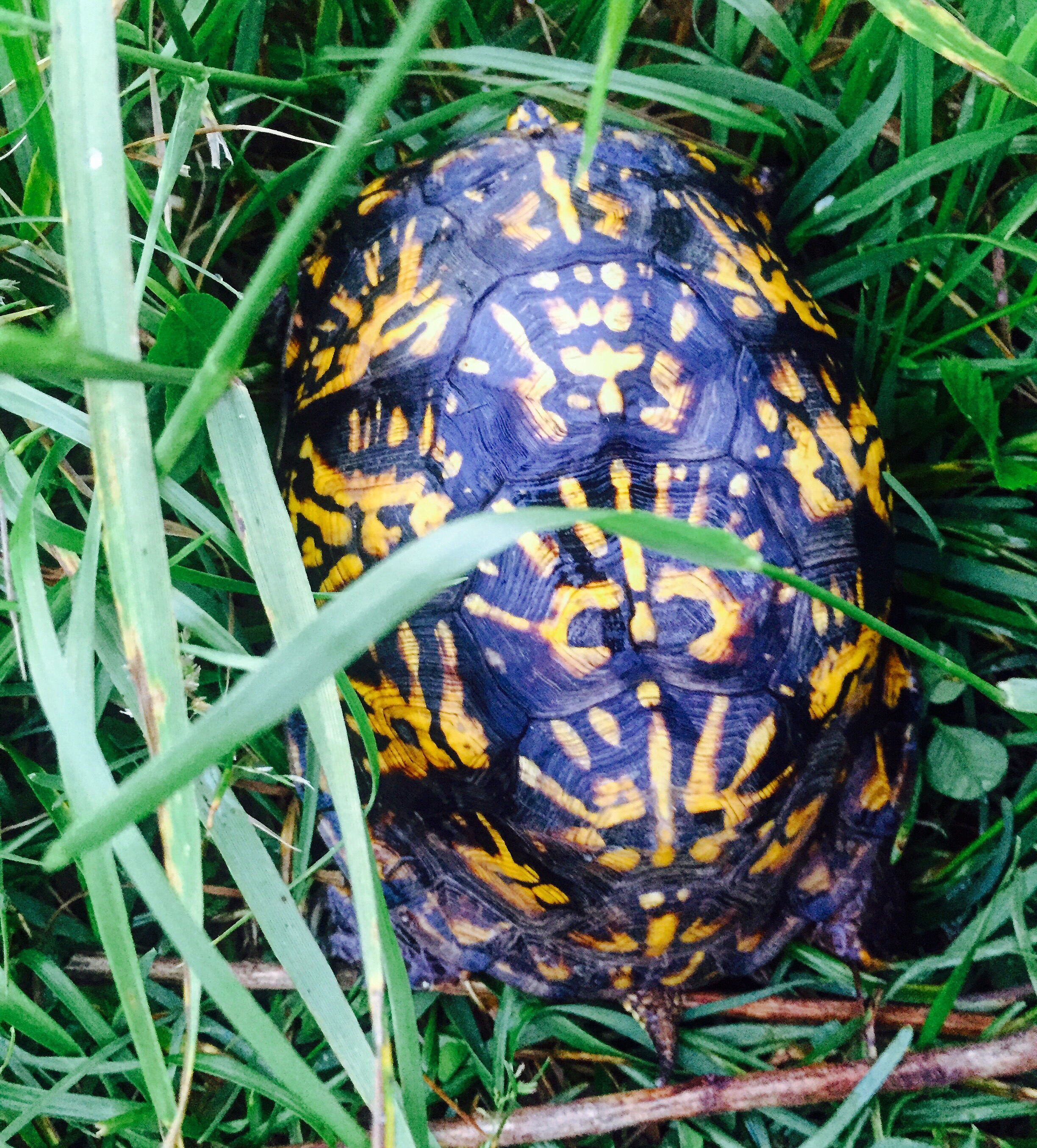 The next day we headed into a 10 mile dry section. I should have hydrated more and eaten better (I skipped dinner the night before because I got into camp so late). The first 4 miles were mostly flat but strewn with rocks, which for my ankle are really worse than trudging uphill. I hit a wall around mile 7 and literally could not go any further (I mean I probably could have, but I was struggling). I stopped at a campsite, ate a snack, put up my hammock, and napped for an hour and a half.

Upon waking I got a message that Silly was ill and had to go to the hospital. Definitely not the news I wanted, but she is ok and back with us. She’s going to do trail magic up and down the trail for a little while until she’s feeling better before hiking again.
I made it down to the shelter and stopped to use the privy (trail tip: ALWAYS stop to use the privy when you have a chance) before heading on to the Captains. I have hiked this section before and I knew the last mile before the Captain’s was a stupid useless pointless up and down so I opted to take a side trail to the road and road walk the last mile. Best decision ever. 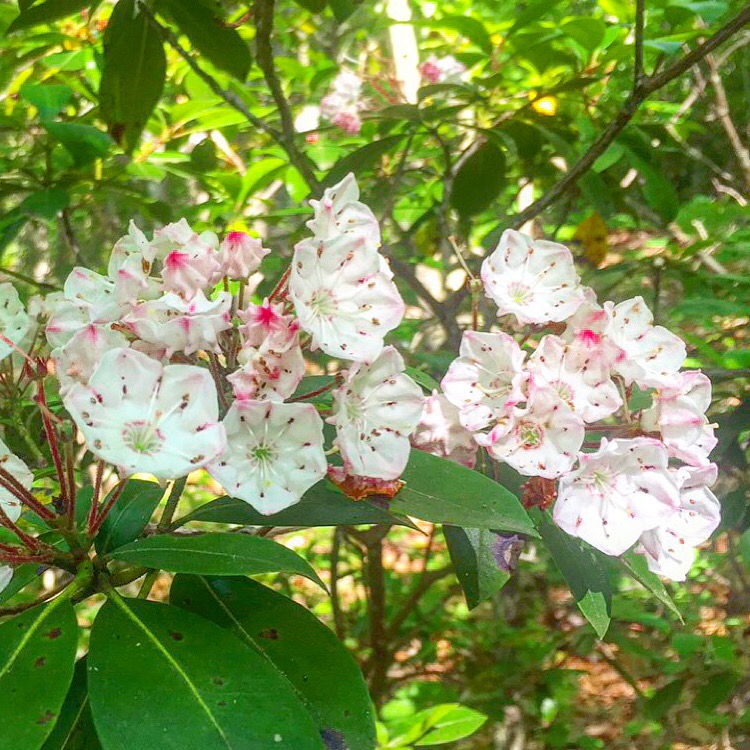 Arriving, I met up with Wildcard (it’s his birthday!) and a few other hikers I’d met previously along with several new faces. Willow was there and she asked about my ankle. This guy Scratch was there doing trail magic (hot dogs and angel food cake) and the Captain had a cooler stocked with sodas. Oh, and wifi. What more could a hiker ask for?

That brings me to today: another accidental zero. Wildcard and I hung out at the Captain’s today to wait on word from Silly and Longspoon, who made it out here earlier. Hiking out tomorrow for another almost 12 mile day.

Condensed recap of my first week on the trail:

Biggest Day: 12 miles (my biggest since my injury!)

Notable changes: my ankle feels strong (haven’t rolled it once so far!) but has been sore, uphills are already getting easier, I’m growing some calf muscles, my legs and armpits are hairier than they’ve ever been, I have NOT quite acclimated to trail food (see frequent privy stops mentioned above) and I’m having the time of my life.