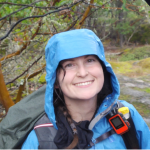 When you start researching the Appalachian Trail, there are common challenges and states that reoccur in your searches. Before you embark, you feel well prepared for all the things coming your way… You’ll read about the exposing and grueling climb up Katahdin or the relentless ascents and descents in the New Hampshire Whites. You’ll also come across the Smokies, rocky Painsylvania, or even more detailed accounts of Mahoosuc Notch and the Lemon Squeezer. But nobody really talks about what happens between Pennsylvania and New Hampshire, leaving you sorely underprepared for what’s to come… Or at least that’s how I felt.

Once leaving the lovely Delaware Water Gap, and crossing the noisy bridge over the state line into New Jersey, the tired hiker almost immediately encounters a much-needed change in EVERYTHING. The rocks start to fade away, the views change, and things get cute and relieving… Relatively.

First, the trail winds back and forth between New Jersey and New York which keeps you engaged and feeling like you’re making steady progress. Second, New Jersey is filled with grassy pastures, plush pine forests, and boardwalks, allowing you to look up from your feet and just enjoy the ride. Third, New Jersey marks the start of the Deli Express. The trail crosses through many populated areas with 24-hour delis… Omnom. Last, Red Efts!! Cute little newt/lizard/salamander things, no bigger than your thumb, bright orange, and everywhere. Lots to love after being in PA for what felt like forever.

There were many lovely things to behold in New Jersey, but there were also challenges. This is where daily elevation gain starts to ramp up. The footing gets relatively easier, but days are no longer flat. Next, the heat seems to have more of an effect here. The “green tunnel” is far more intermittent, and the pastures make for poor sun cover. On a different note, this is where our itinerary started to get thrown out the window. From here on out, the trend of having a campsite or shelter every five or so miles goes out the window along with your ability to “stealth” camp. Often, this means choosing between a 15-mile day, or a 24. Last, New Jersey’s shelters seem to have more mice issues than PA or Maryland. I recommend hikers stop using the shelters, in favor of their tents, before mice run all over your stuff in your sleep and poop on it…

New York was one of the states that I wished I had been better prepared for. Although, it’s important to note how drastically the weather can color your experience of a place.

Civilization! The trail crosses through plenty of populated areas, allowing you access to showers and laundry more frequently than before. Attractions! The trail passes through a lot of touristy places, like the bear mountain zoo, and the Manhattan viewpoint. Jake! Just across the state line from NJ, the “secret shelter” is a small shed for hikers to stay in on private property, home to the resident donkey, Jake. Warwick drive-in! Approximately two miles off trail, the drive-in theatre in Warwick allows hikers to camp for free on the back hill and provides a radio for you to tune in and listen… We watched the newest Dr. Strange movie. LOTS of fun to be had in New York.

The elevation gains. Here is when you start getting consistent days with 4000 feet of elevation gain, or more, and it’s steep. Anthony’s Nose is the literal worst. Next, there’s a ton of road/highway crossings, and nowhere to cross; highway frogger is not fun. Last, it was excruciatingly hot and humid. Days were consistently over 30 degrees Celsius, and the humidity was unbearable. Last, the lack of designated camping areas persisted through this state, making it difficult to complete our daily mileage goals. The struggles in this state aren’t plentiful, but they’re persistent and unrelenting. My memory of this state is one big exhausted sweat blob.

Connecticut was short but varied, and oddly difficult. Because of its brevity, there’s not much to say. I don’t have a ton of great memories in this state for 3 reasons. One, the lack of trail community in this state makes for a difficult and expensive go. Few people are willing to pick up hitchhikers, there are few hostels, if any, and everything is expensive. Two, the terrain of this state was like the sick love child of Rocksylvania and Mountain New York: tons of elevation gain, garbage footing, and not much else. Third, gypsy moth caterpillars. The overwhelming infestation of these pests deeply impacted my experience of this state. We were consistently walking through their webs and picking them off us, they were destroying the environment (so many of the leaves were eaten that entire trees were barren, which were most of them), and it was disgusting. For the entirety of our time in Connecticut, it sounded like it was raining… And it was… It was a literal shit storm of caterpillar poop. No exaggerations.

Oh, Smugness also got a deer tick bite here… So that was fun… And the “Lemon Squeeze” is here too…

Later, CT, I hope you sort your shit out.

Massachusetts was lovely, almost entirely positive in my mind. The footing was plush and pine-needled, much of the time, the terrain was varied, and the trail community came back. The only negative thing I can think of is shelter/camp spacing. Dispersed camping is not allowed, and camping opportunities are about 7-10 miles apart. Other than that, Massachusetts was a treat… My favorite state yet.

– New Jersey has pastures and your first taste of elevation

-Connecticut has web spinning, shit raining, caterpillars, and that is all.

– More to come on Vermont.