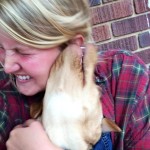 The Rest of Tennessee

Oops. It’s been so long since I last updated that I don’t even have the first journal anymore so this might be a little fuzzy. So I’ll probably do the same thing I did last time – write two updates and pretend I didn’t write and publish them on the same day… 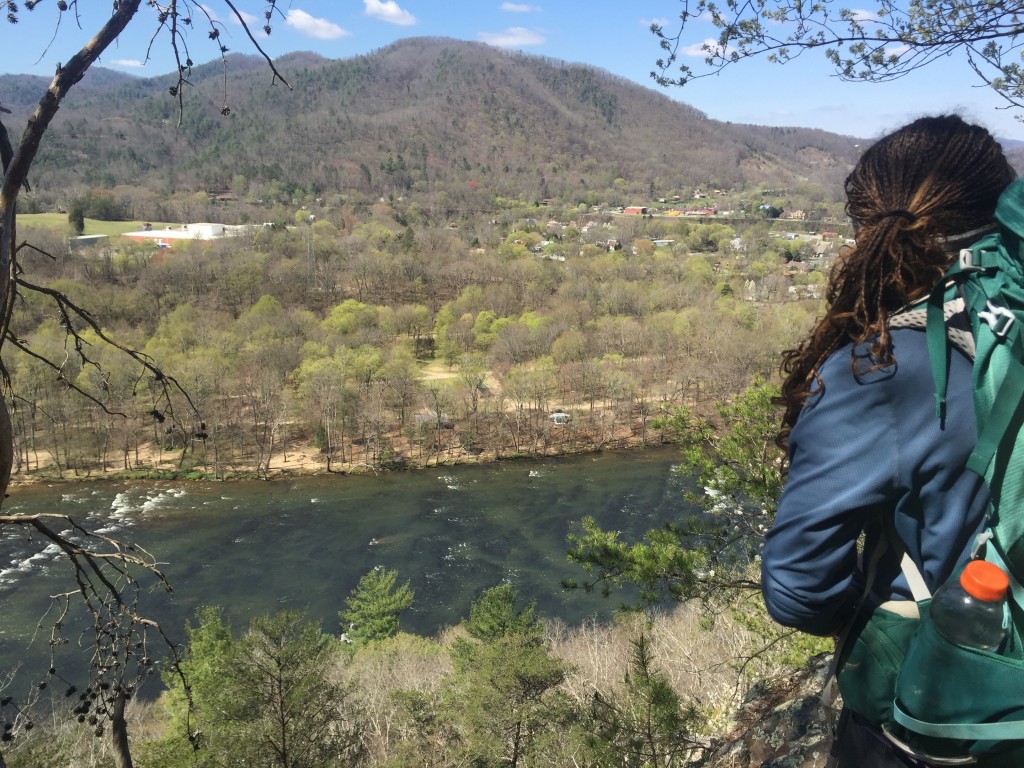 After Hot Springs, it was time to get down to hiking again. We now were free from any type of schedule and it felt good to hike based on how we felt. I think it was this lack of pressure that led ME to be the one to decide to do big days. I planned a 21+ mile day and I don’t know if it surprised me or Farasi more. 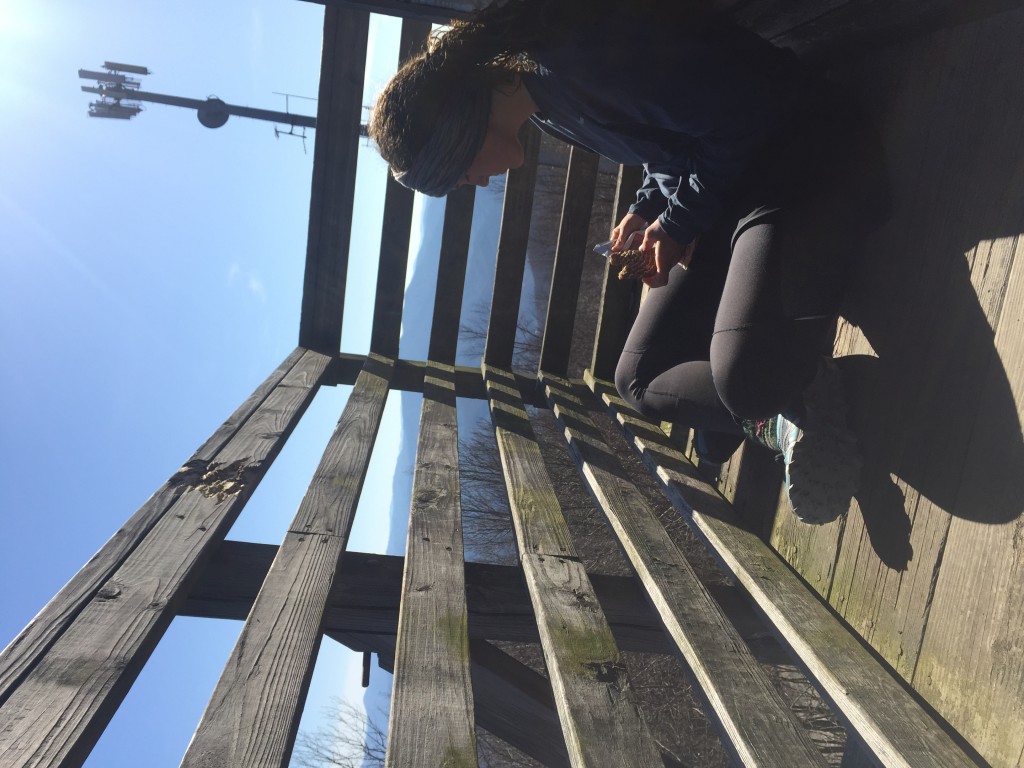 Took a break with a view

I still remember feeling good on that day as we hiked together and passed the 300 mile mark. We also officially met Jelly Ankles and Cheetah that day — they are two super cool girls who came out here to hike the trail for 100 days. I like them a lot and they’re the only other girl partners I know so there’s a bond there. Spirits were high on that big day and so we planned another big day of 18 miles. You expect 20+ mile days to be hard but what I’ve learned is actually hard is the next day. Allergies were kicking in and I wasn’t sleeping great. 31 March was especially hard because it rained nearly all day. The last 4 miles the sky opened up and it dumped on us. By this point, Farasi had forged ahead and I was hiking behind alone. I had only two miles before the shelter – relief from the storm – but the fog had led me with no visibility up some balds. Hiking in the rain is one thing, the fog is another but I have learned that balds are a totally different ballgame. The wind has total control over you and can whip you to the ground suddenly. During a thunderstorm, you’re almost always the tallest and best target for lightening as you clumsily stumble with metal poles in your hands. I tried to run but the wind had other ideas. Seeing the sign for the shelter brought such relief and I arrived with a spot saved in the shelter by Farasi and an otherwise full shelter full of high spirited, dry hikers. I slept well that night. 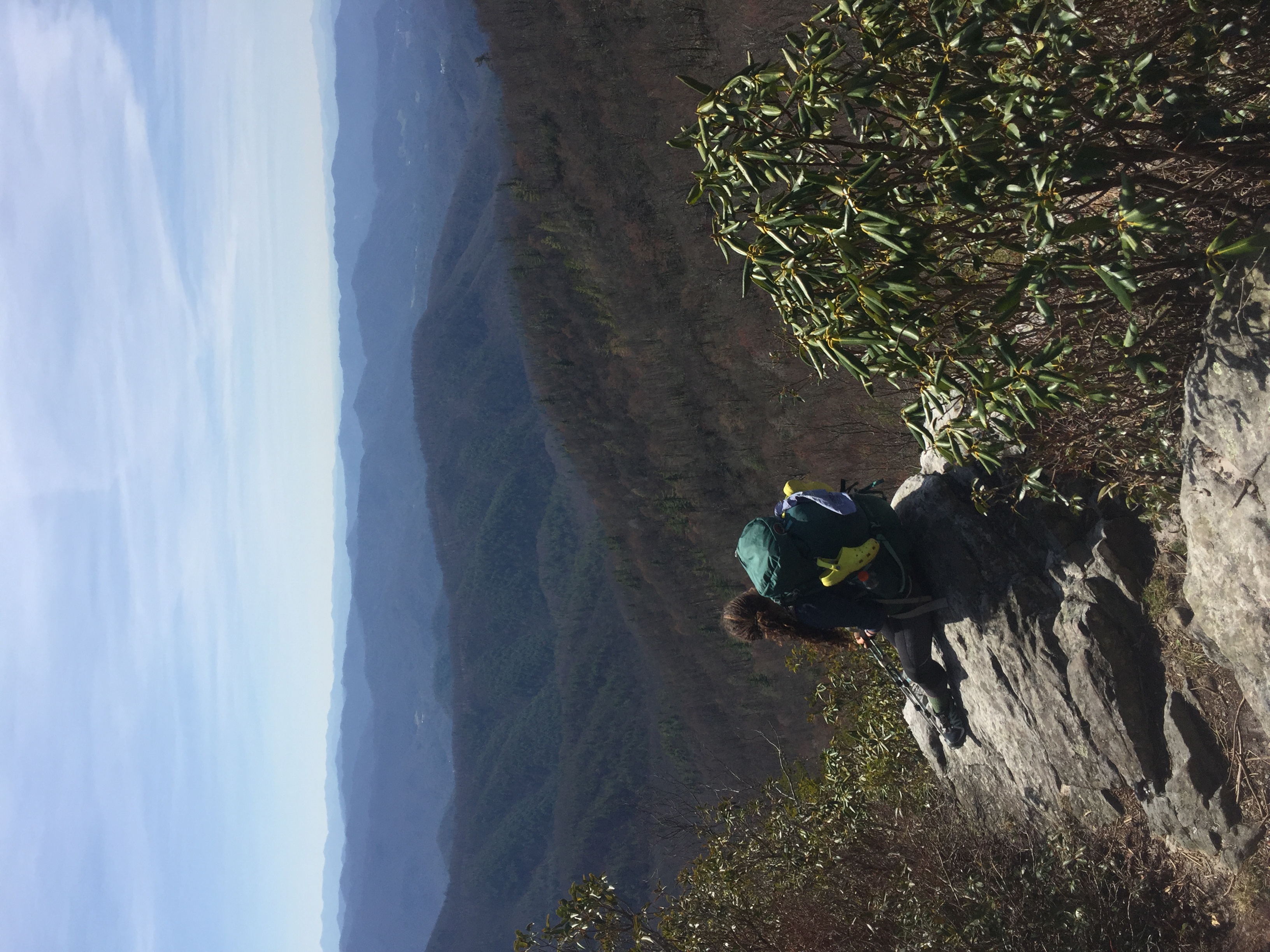 I don’t know how to rotate these on my phone…

From there, we pushed on to Erwin. We had bumped into a pair of guy hikers named Smallz and Otter who we had met before and all stayed at Uncle Johnny’s Hostel together. I loved this hostel and Jeff who works there is the bomb. We had planned to bunk for a night and hike out after a resupply and pizza but a lunch of too many tacos convinced Farasi to zero and I obviously quickly agreed. This zero was full of food and laying out on the grassy lawn listening to music with Smallz and Otter. We liked these guys — good taste in music and chillest guys on the trail so we hiked around them for the next hundred+ miles. 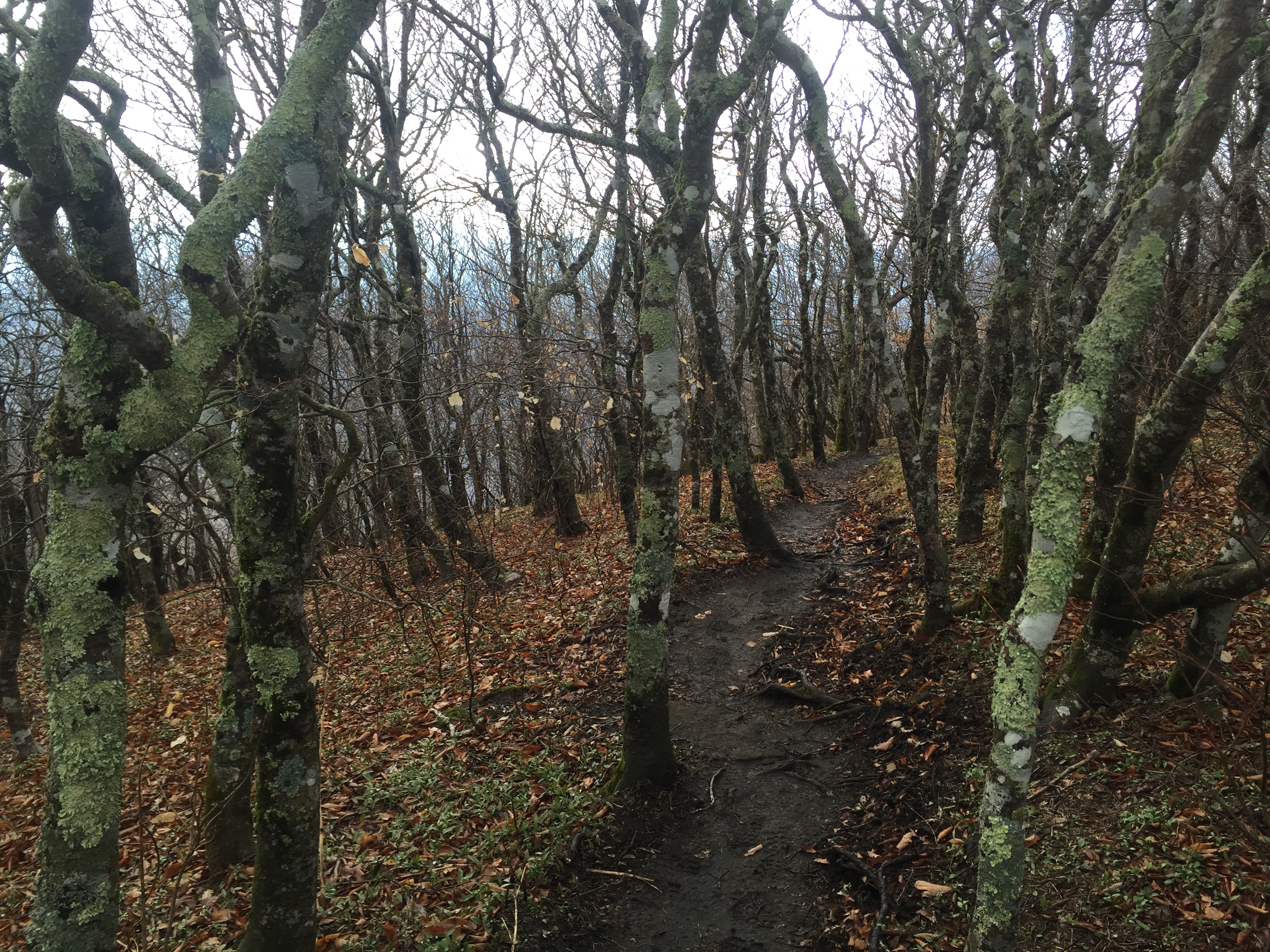 Rainy day on the trail

From there, we hiked on like we always do. Some highlights were eating King crab legs on the trail thanks to Cheetah’s dad, staying in a converted barn after a beautiful climb up Roan Mountain, climbing up some of the most beautiful balds out of Tennessee and loitering in subway for hours out of the rain with friends. 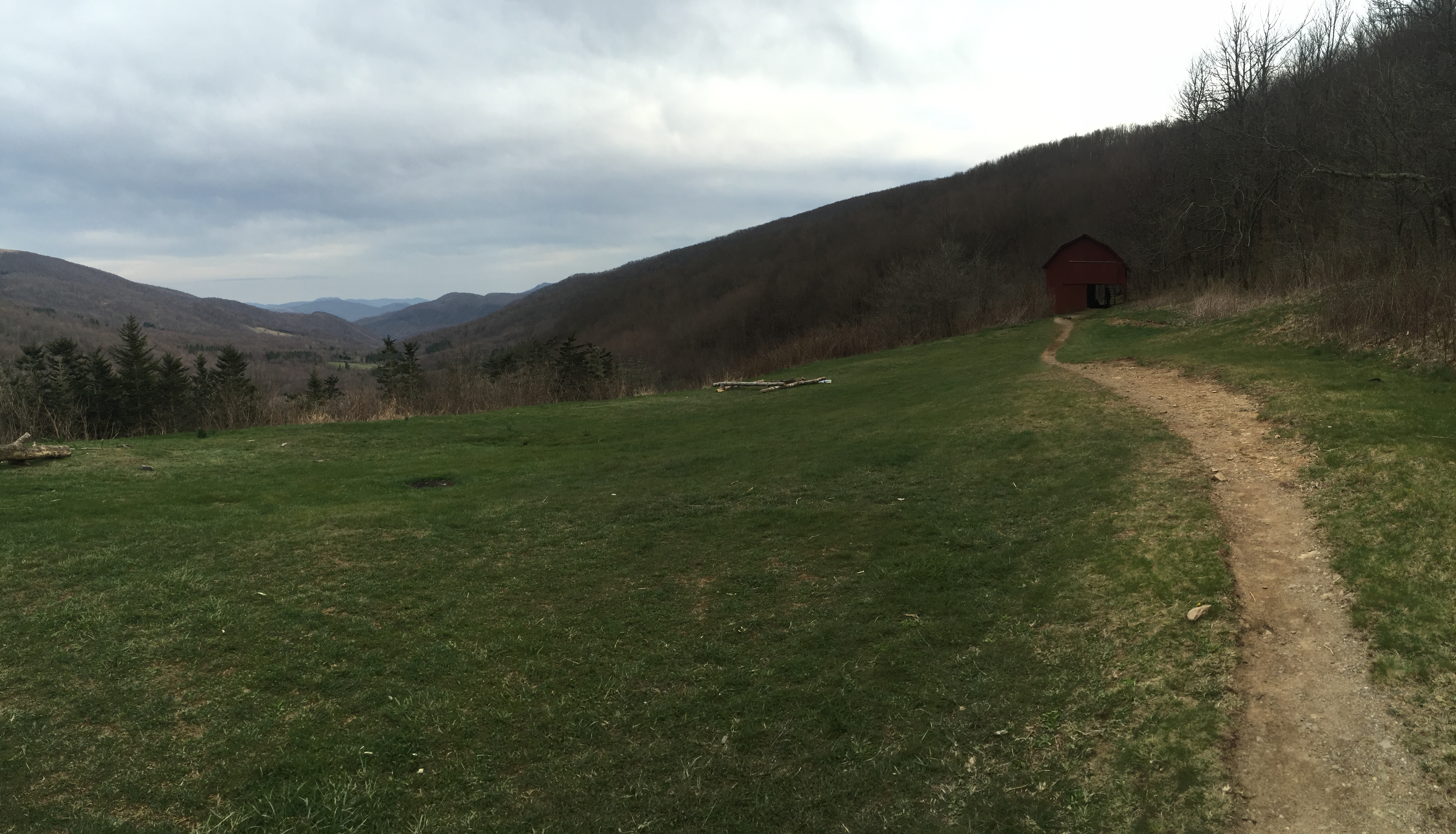 Some low points were when it managed to snow on us IN the shelter, when packs were extra heavy after resupply when we started eating more food, and when my backpack completed died on me. 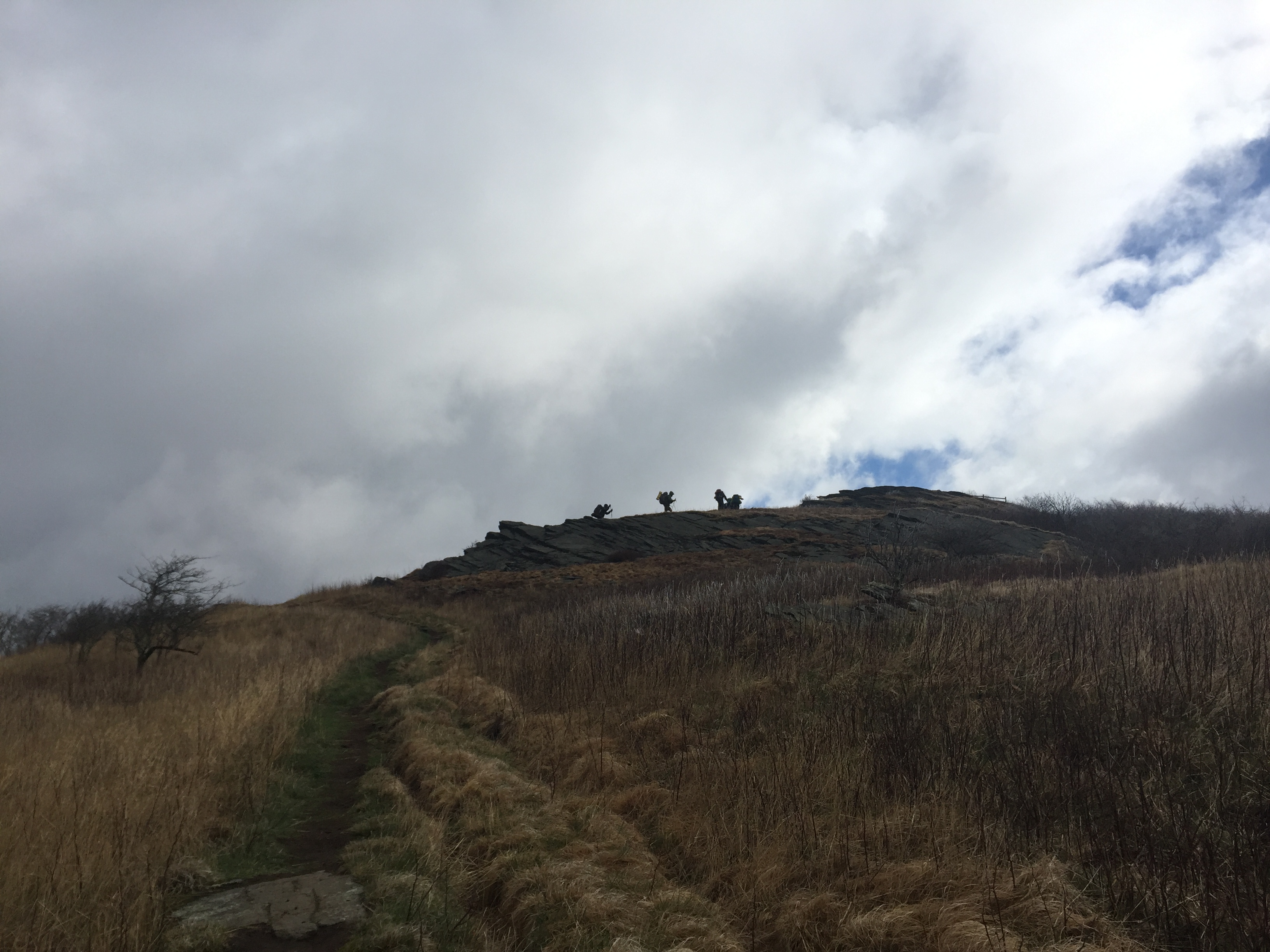 Friends in the distance summiting the bald

But these “lows” are nothing in comparison to the joys. The people I’ve been able to hike with are incredible. The ability to have one thing on my to-do list everyday and check it off everyday is amazing. The time and ability of thinking through a thought to its completion without being interrupted is a luxury.

Hi guys! I'm Cat! I am a recent graduate of the University of Georgia and now I am out adventuring through Colorado while in grad school for military counseling. I love school, Colorado and my job at REI but I am choosing to leave it all for 6 months to walk through the woods with a true friend who was crazy enough to join me. From Colorado to Georgia to KATAHDIN! I am excited about joining this community! Please feel free to reach out to me -- I would love to hear from you!