The tale of two trail names

First things first, an important announcement – it’s not cold any more! Spring has officially arrived and I am so happy to not be freezing all the time. Now that everyone has that important information, here’s the situation. We are curently in Daleville, Virginia and I’m knocking out this very hasty post before hitting the trail again. As usual, here’s the update:

Names are a funny thing. We are given one by our parents, but some people choose a variation of their name, their middle name, or something totally different to go by. My hiking partner’s first name is Caleb. And his middle name is Joe. I will always know him as Caleb, but on the trail he’s going by Joe. Luckily, in the hiking world, your real name basically stops mattering once you get a trail name. So I figured any confusion would be cleared up quickly. But then the days and weeks kept passing…and no trail name. We became more and more distressed – are we too boring for a trail name? Not social enough? At the beginning, we broke away from the bubble of people who started with us pretty quickly, so we rationalized our lack of trail names due to missing out on those first few nights of excitement and long conversations. As time went on though, people started to give us funny looks when we told them we had no trail names. So, then there were…

Our first suggested trail names were Duke and Daisy. A long section hiker named King was having lunch at a shelter with us and suggested the names and then stood up and left. We never got the explanation for the reasoning and we didn’t feel like they fit us very well, so we reluctantly rejected the first attempt.

The second attempt occurred at about 10:45 on a random morning in North Carolina. We walked up to a shelter for a midmorning snack and found Red Bear, another section hiker, laying in his sleeping bag on the ground. Apparently he had night hiked, cowboy camped, and had just woken up. He sat up and told us our names should be Ranger Rick and Hippie Lady, just because it was the first thing that popped into his head. We kept walking and once again rejected the names because, once again, they really had no relevance or backstory.

It’s probably bad karma to reject two trail names, but we really wanted our names to embody something about us or our hike. However, we also knew that if we went too long without names we might never get any. So we decided that if we had no names by the 1/4 way point, we would name ourselves.

Sure enough, the 1/4 way point rolled around and we still had no trail names. We had a couple names we had picked out for ourselves – “She-Hulk” for me because of my tendency to break everything and have minor fits of rage on steep uphills, and “Quills” for Caleb/Joe because of his awesome hair and likeness to a porcupine (cute, loves pumpkins, big hair..). But then, a couple things happened that changed our minds:

So there you have it – we are officially Tripwire and Limbo. It feels a little like cheating because we didn’t wait for a non-biased third party, but we figure that since we named each other and not ourselves it’s a *little* better. For the first couple days, I kept forgetting what my trail name was and Caleb had to remind me, but it feels like a good fit now and I love writing Tripwire in the shelter logs and telling people when they ask. I think we have a couple decent stories to go along with them, too – alls well that ends well. Now we can get back to focusing on hiking! 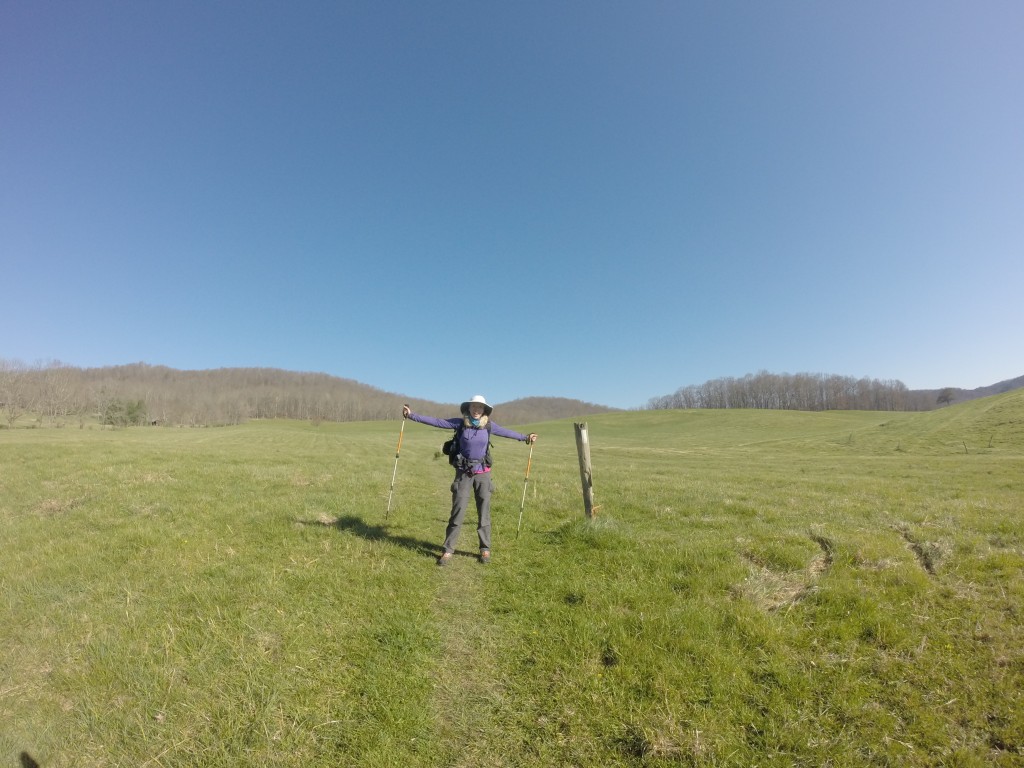 I love walks through pastures! 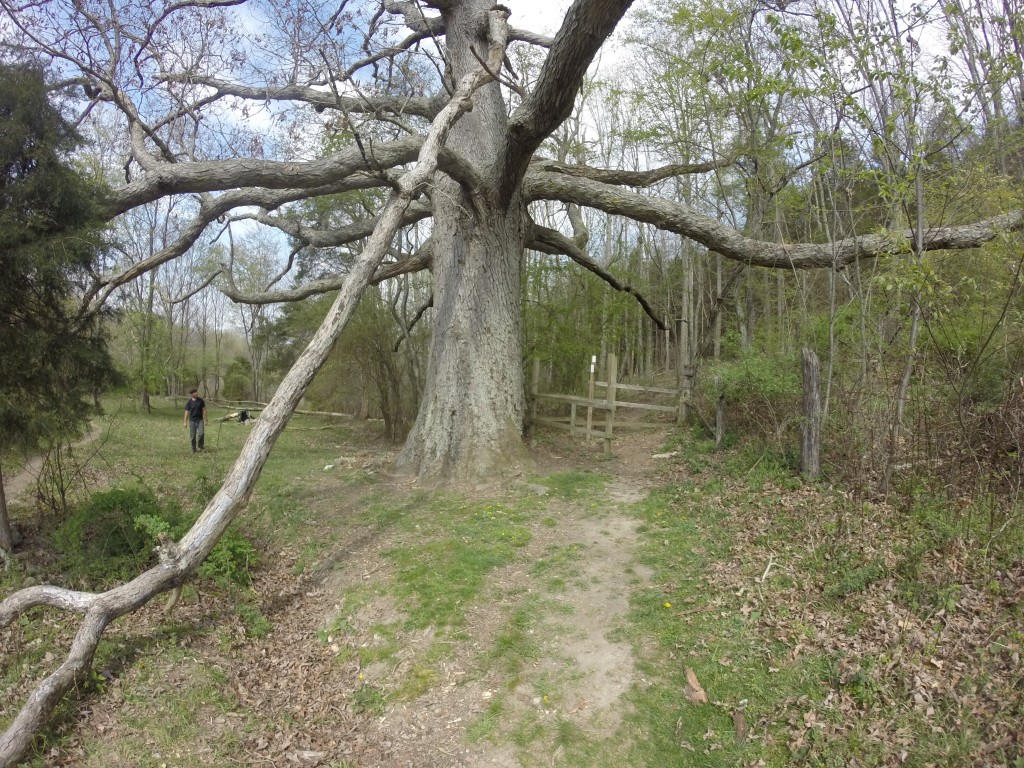 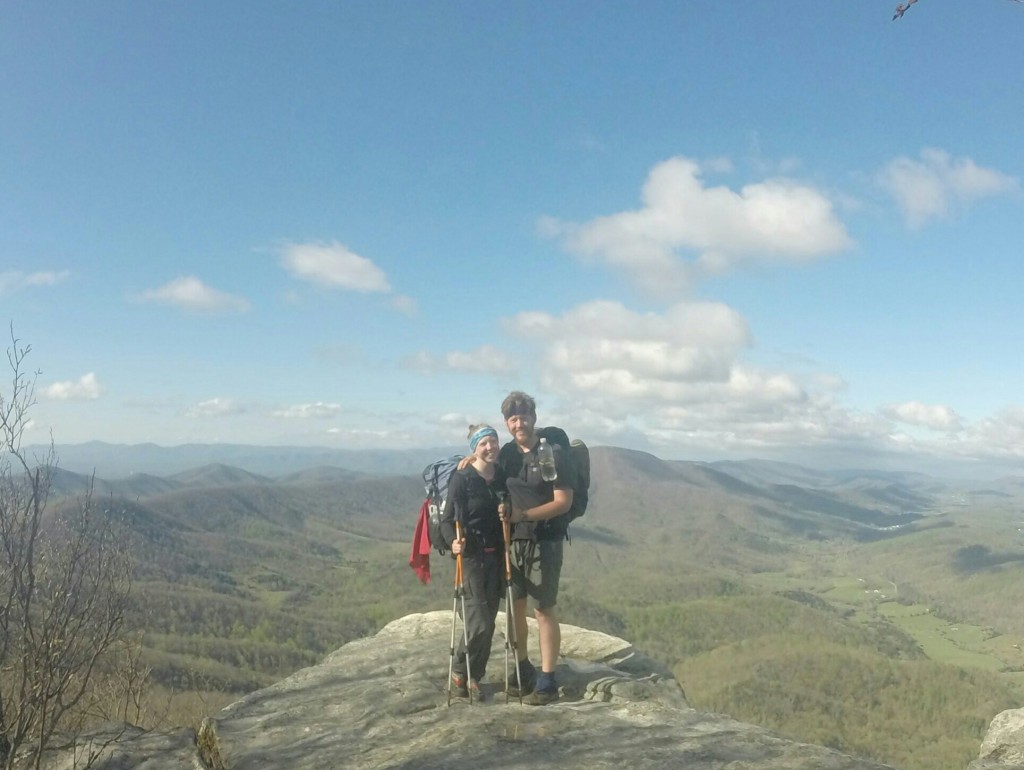 At the Tinker Cliffs