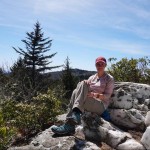 The Unicorn Who Hiked Through Georgia

Well, it’s officially been a week on the Appalachian Trail, and it’s been eventful to say the least. I already earned my trail name, obviously—Unicorn.

I earned the name Unicorn on day one, on top of Springer Mountain. 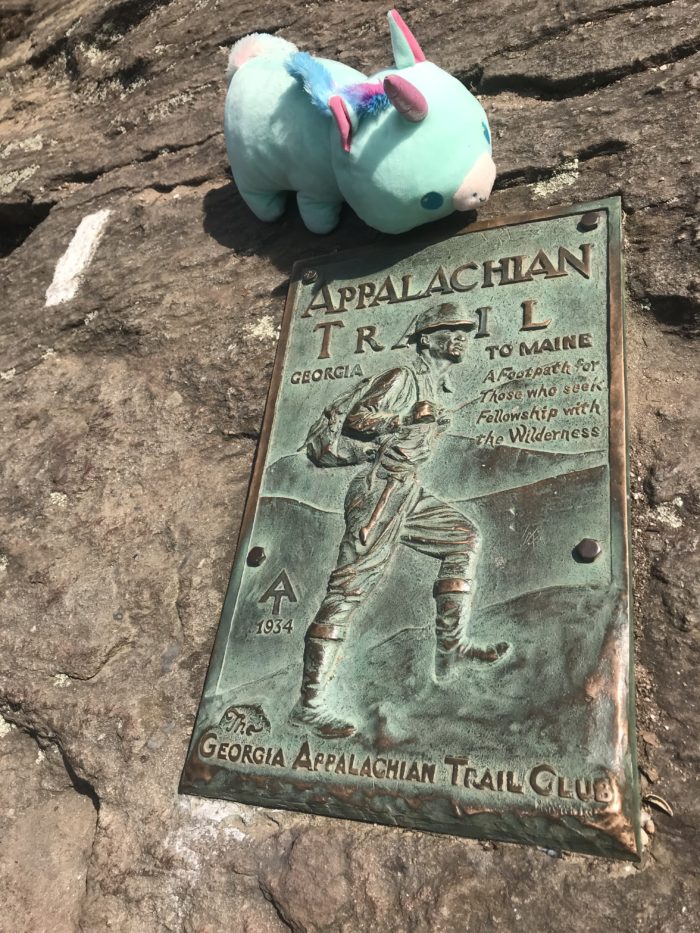 They say that bringing a stuffed critter is essentially choosing your own trail name. Oh well, it works. I freakin’ love unicorns.

Isaac earned his trail name this week as well. For the first few days we hiked with a couple of guys who were section hiking from Springer to Woody Gap. They noticed that he stopped often to take photos of plants, and asked him if he was a botanist. His response was, “Well no, I’m not a botanist.” He then proceeded to explain that he was a plant scientist and horticulturist, and why those things were different. At the time, it was quite comical. On day three we passed them at their truck at Woody Gap and one them said, “Isaac, we’ve got your trail name. It’s Not a Botanist.” It stuck, and Isaac sometimes abbreviates it as N.A.B.

A Short Summary of the Week’s Events 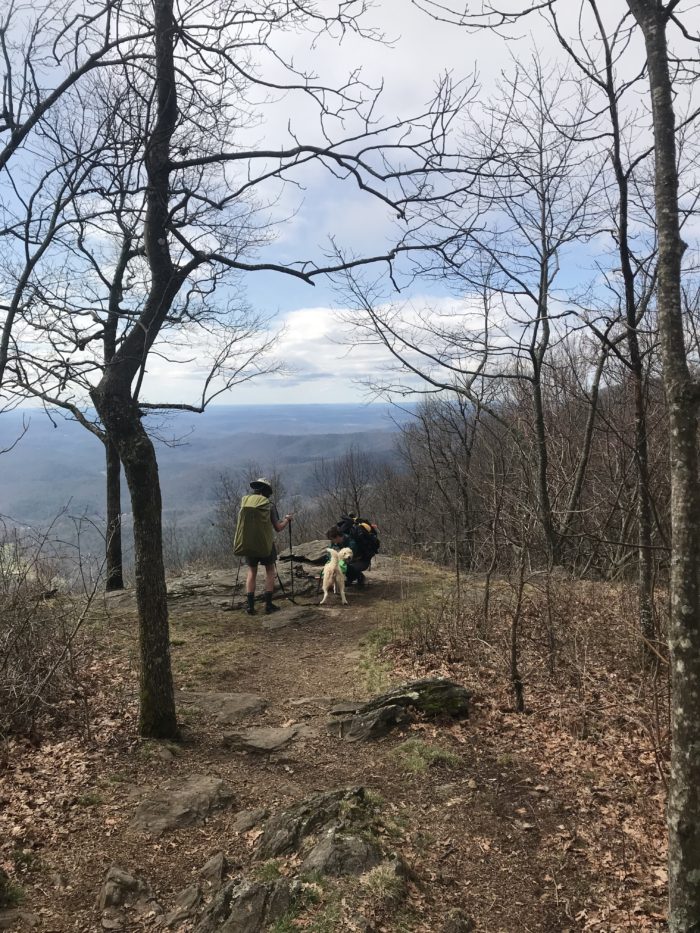 We’ve made some friends! This is Shoelaces (he hikes in Chacos) and his lovely dog Lily. I gave Lily the trail name LilyGoat after seeing her effortlessly hop up boulders, but I’m not positive it stuck. These two passed us at Neel Gap and we haven’t seen them since. 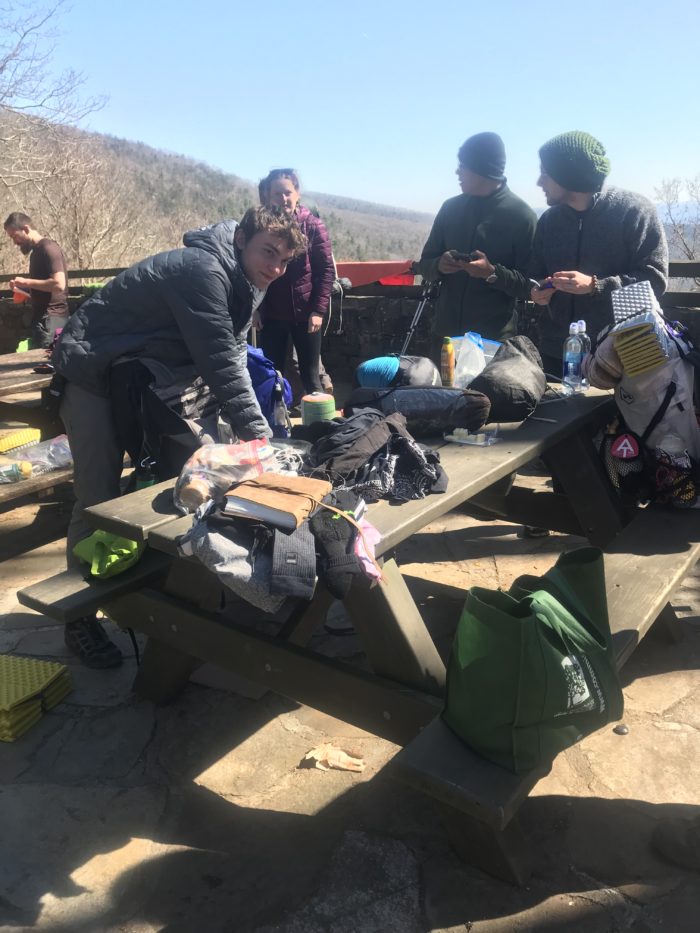 This is a group of friends we hung around for a few days, until we split up when they went into Helen and we hiked on to Hiawassee. Pictured here is Q-tip in the front, while we did a shakedown of his pack at Mountain Crossings in Neel Gap. Some of the more interesting items we removed were: A flannel shirt, a full set of cotton pajamas, that huge leather bound notebook pictured above, and multiple other useless items. The lovely lady observing the chaos next to him is Lucy, whom I went on to name Hermione later in the week. She’s also a blogger; you can check her out here.

We camped with this group the next night, and had tons of fun. Hermione is British, so we had a long discussion about words and American things that she’d never heard of. The conversation started out with explaining what a MoonPie is (a chocolate-covered pillow of deliciousness made in Bell Buckle, TN). However, it quickly digressed. We ended up drawing her an in-depth diagram of a dingleberry. 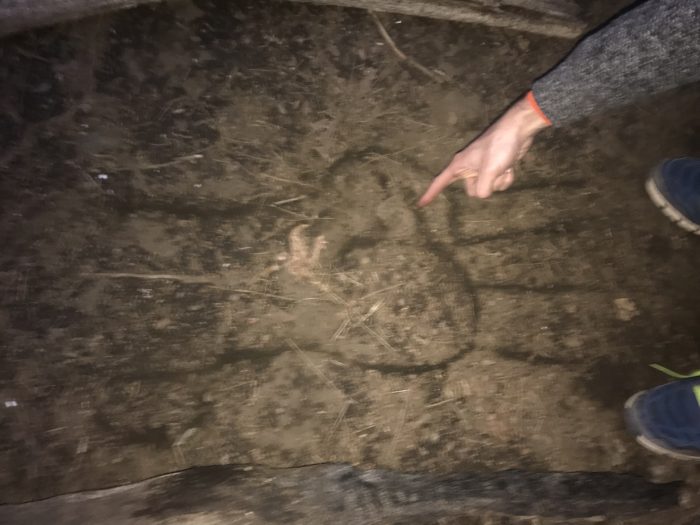 Here’s Green Slouch, the esteemed creator of this piece. 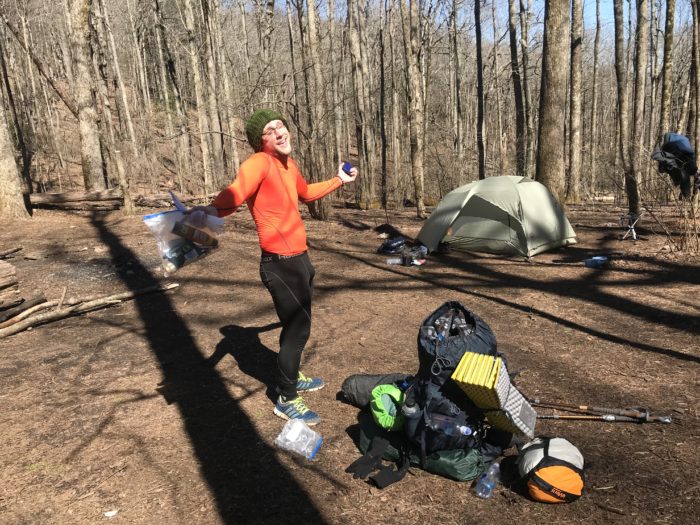 After this campsite, we separated from the larger group. I’m super outgoing, but in the long run, when it comes to being out in the woods I prefer my solitude. Likelihood is, though, we’ll just find ourselves in another bubble. Oh well!

We also had our first trail magic. It was indeed magical. Some lovely people at Nudge Ministries made us burgers and had all sorts of medical items for us to grab. They even gave out wonderful beanies made by a group of ladies at the church!. 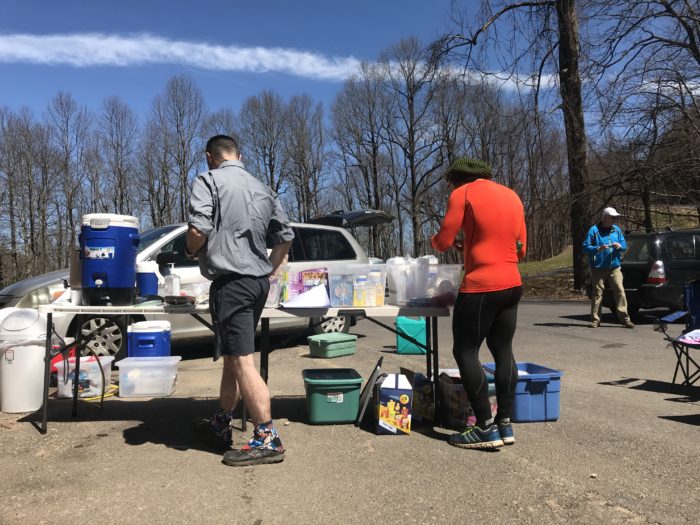 Over the past week, I’ve also learned a lot. I even made a list.

Things I’ve Learned on the AT (So Far)

I’m sure all of this is just a tiny fraction of the things I’ll learn over the next 2,120 miles. For now, we’ve got a six pack and a glorious motel room at the Budget Inn in Hiawassee, GA. It might as well be the Taj Mahal. Life is good.