I was in no immediate rush to get back on trail today, and I spent the majority of the day hanging out at Trevor’s house and in the town of Bethel. Bethel is mostly known as a ski town, but is definitely hiker friendly too. I stopped by an outfitter in town, exchanged my Darn Tough socks and purchased some food for my upcoming stretch of trail. It was a perfect weather day today, and Trevor dropped me back off at Grafton Notch just before 2:00.

I knew that I was only going just under six miles to the Frye Notch Lean-to, so I took my time on the ascent up Baldpate Mountain. It wasn’t the toughest of climbs, but surely wasn’t easy by any means. I ascended over 2,100 feet in three miles to reach the open, rocky summit of the West Peak of Baldpate Mountain. To say that the views from the summit were tremendous wouldn’t do it justice. Old Speck is clearly visible from here, along with the surrounding rugged peaks and the many lakes and ponds of Maine. The trail that leads to the summit of the East Peak was clearly visible, too.

I took my time on the descent as I began making my way up the exposed rock slabs to the summit of the East Peak. It was a steep push to the top, but the rock slabs provided solid grip and wasn’t sketchy at all. 360 degree views were available from the summit, and I took my time hanging out on the peak, soaking in the views. I had only hiked 5 miles, but damn were those 5 miles absolutely stunning and enjoyable. It was only day two in Maine and I was already in awe of the beauty that this state has to offer. I arrived to the shelter around 6:00, and hung out with some hikers there before calling it an early night with plans for big mileage the following day. 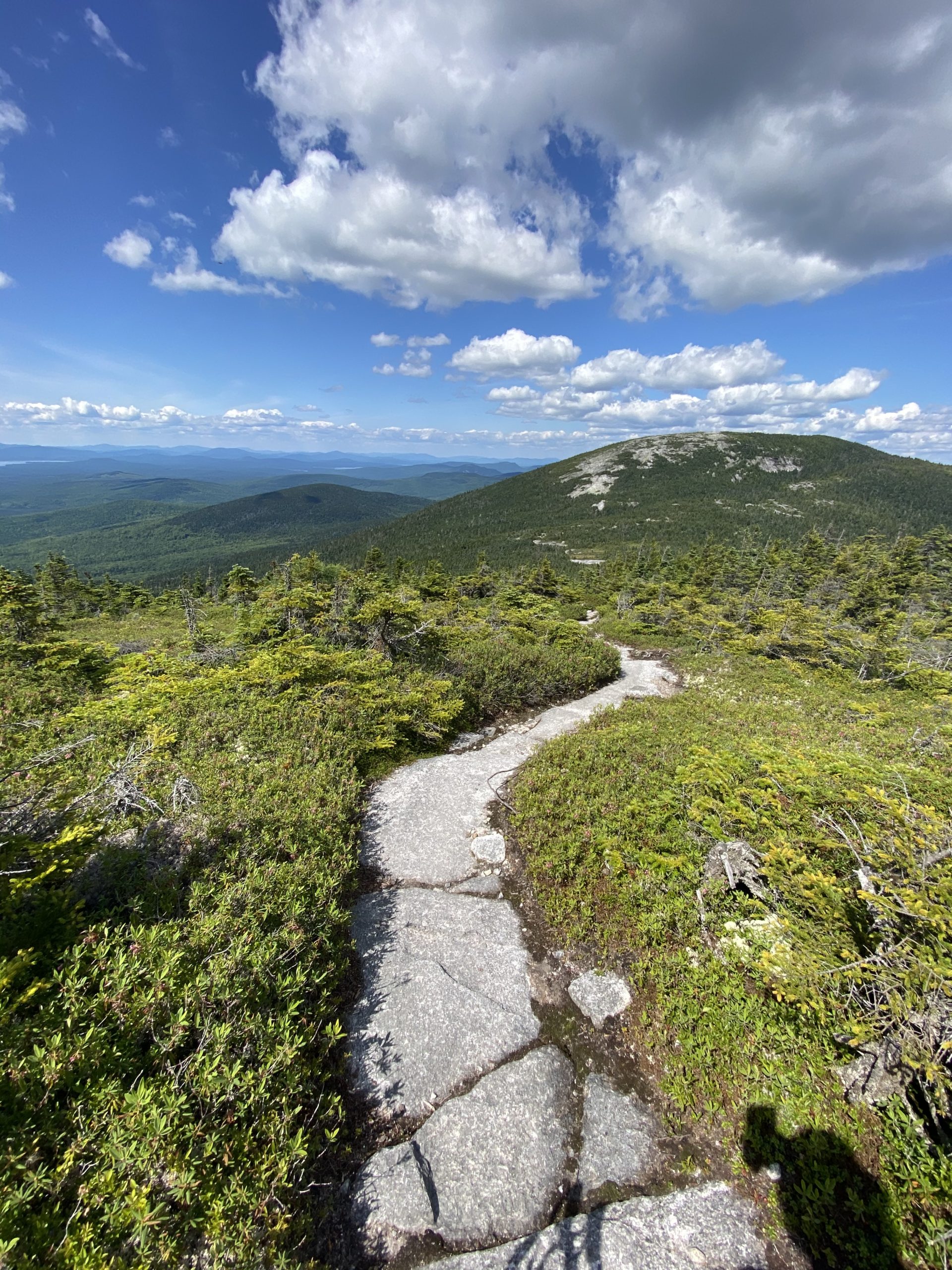 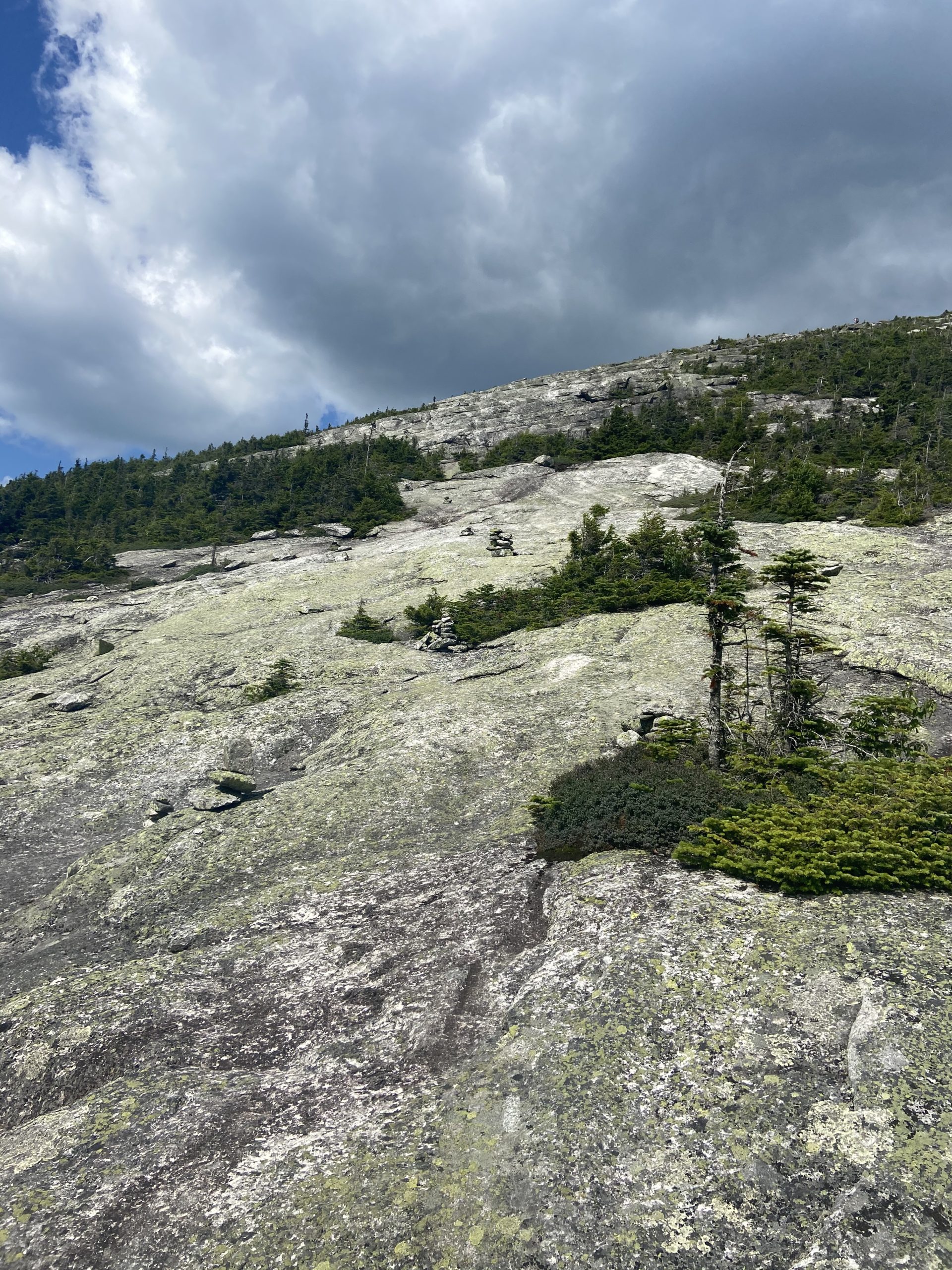 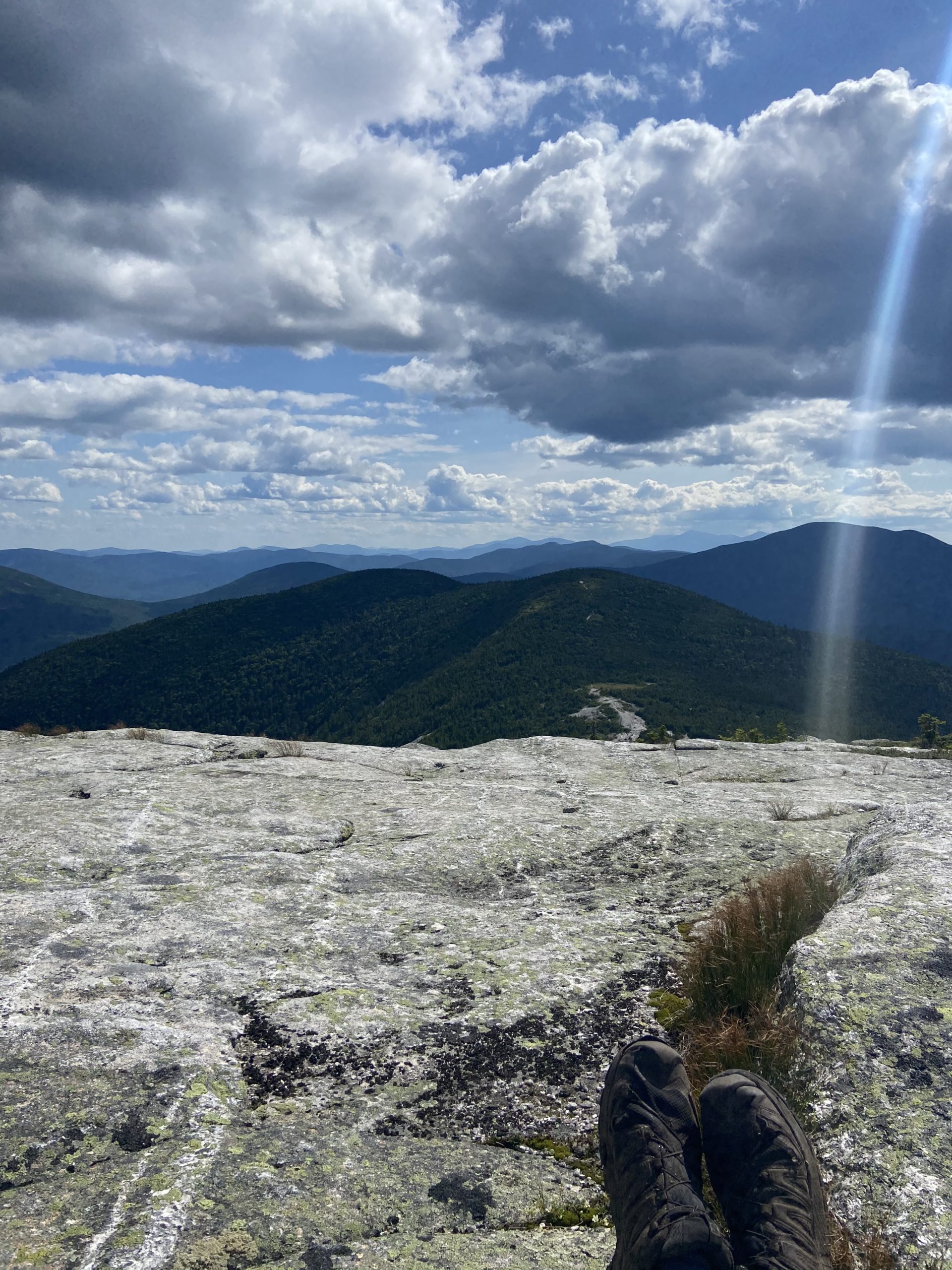 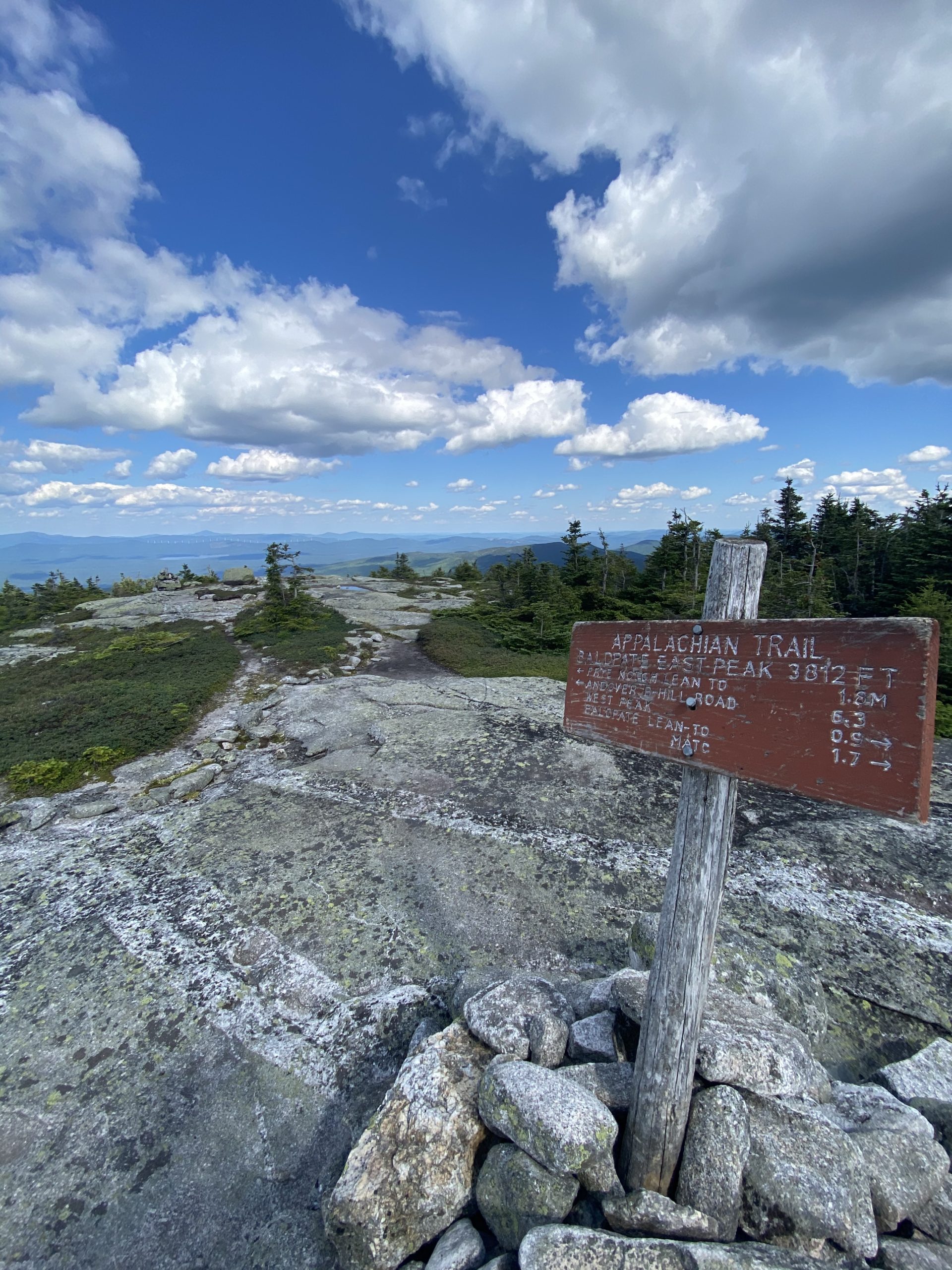 I started hiking by 6 AM because I knew I wanted to have a big day today. Other than a couple climbs, the terrain seemed mostly flat on the elevation profile, so a 24 mile push seemed reasonable. The first ten miles of the day were pretty cruisy for the most part, staying at lower elevation in the thick green forest. It started raining by around 8 AM, and continued to rain for the next several miles. I was so used to hiking in the rain by this point that I refused to let it effect my bigger mileage goal I had planned.

A shorter but steep climb up Moody Mountain ended the cruisy mileage section of the day, instantly followed by a big climb up Old Blue Mountain. I climbed over 2,000 feet in three miles to the summit at 3,600 feet, which provided no views. The trail remains on the ridge, passing through stunning pine and spruce forests. I was thoroughly enjoying the scenery in Maine at higher elevation, making the next few miles tick by. Although remaining mostly flat, the trail soon turned very rugged featuring tons of rocks and roots to hike through, with the occasional steep burst of uphill.

It wasn’t until 6:00 when I finally arrived at the Bemis Mountain Lean-to, where I was happy to see Jackrabbit already there chilling, along with a couple of other familiar faces. I was very tired from my effort, 24 miles in Maine is way tougher than 24 miles in Virginia or Pennsylvania. I wanted to prove to myself that I can still push a big mileage day in this type of terrain, and it felt very rewarding to reflect on a long tough day of hiking, as I was soon asleep by 8:00. This shelter area, for whatever reason, was super packed and virtually every tent site, along with the shelter, was completely full. I was happy I snagged a flat site, if I had arrived even 20 minute later than I had, I would’ve been camping on a slanted, rocky site which is never ideal.

(I apologize about the lack of photos for this day, as my phone was inside my pack most of the day to protect from rain) 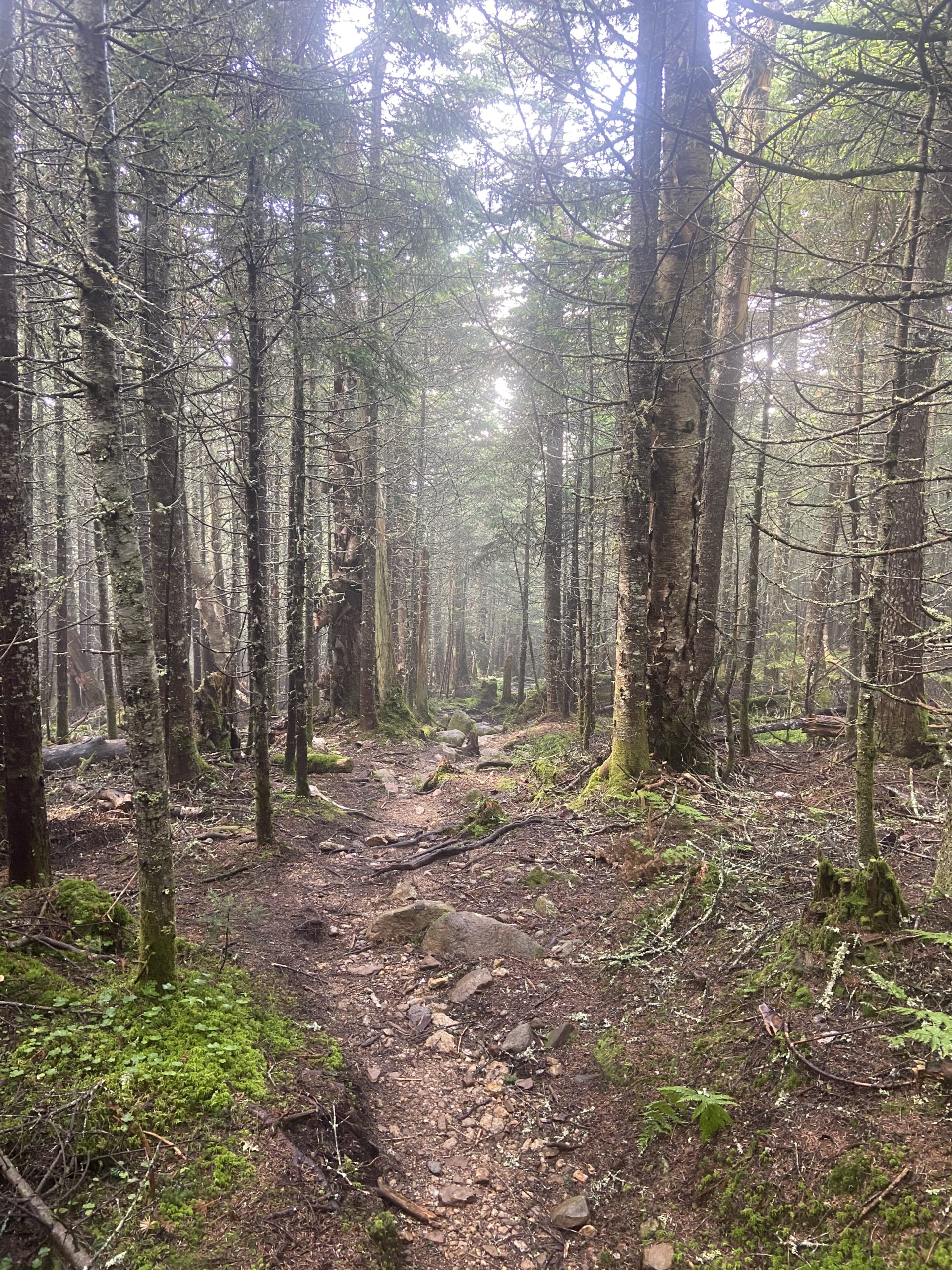 Like I typically do on town days, I was on trail early to give myself plenty of time to relax when I arrive to town. I walked on open rock slabs with great views all around just as the sun began to rise over the horizon. What a beautiful scene! Maine, yet again, was flexing its beauty right before my eyes, and I was soon accepting of the fact that this would be my favorite state on trail. I hear about tons of Northbounders who won’t appreciate Maine because all they can think about is the end. I made a vow to myself, right then and there, to live as presently as I could through this state, enjoy every day as it comes, and not to think about the end until it is time to do so. I had worked my ass off to get here to Maine, arguably the best state on trail, and I’d be damned if I wasn’t going to soak it all in and enjoy my time here in Maine. I felt like I had earned the right to do so.

Other than one technical descent off the ridge and a small climb back up to another ridge, the majority of the elevation for the day was flat and pretty cruisy, other than a few rocky and rooty stretches. I made my way through Birch and Pine forests and past several lakes as I was constantly scanning my environment for moose. I had been seeing tons of moose droppings all over trail, but sadly, no moose were to be seen. The miles flew by today, and I soon arrived to Route 4, where my first trail magic of Maine was waiting for me. Jackrabbit was already there and we enjoyed some trail magic beer before making the .3 road walk to the Hiker Hut, an off-the-grid style cabins where we would be spending the night.

I took an outdoor shower which was hands down one of the best showers on trail. The owner of the cabins drove Jackrabbit and I to the nearby town of Rangeley for resupply shopping, laundry, and dinner. Accompanying us were Gramps, Perch, and Johnny Boy, three really cool dudes who would be in the same area as Jackrabbit and I for the remainder of Maine. We ate a large dinner in town and swapped trail stories over beer before being picked back up. 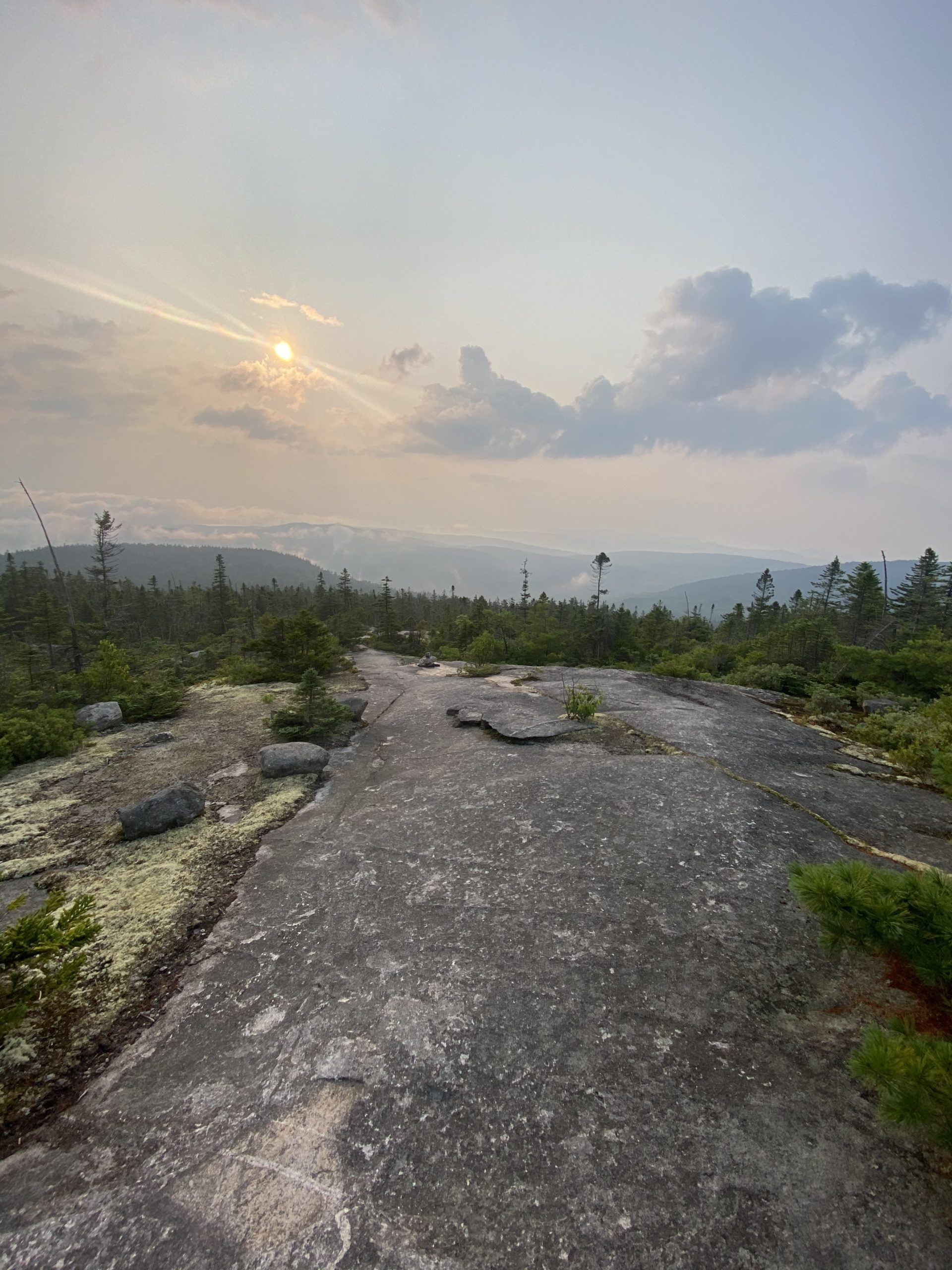 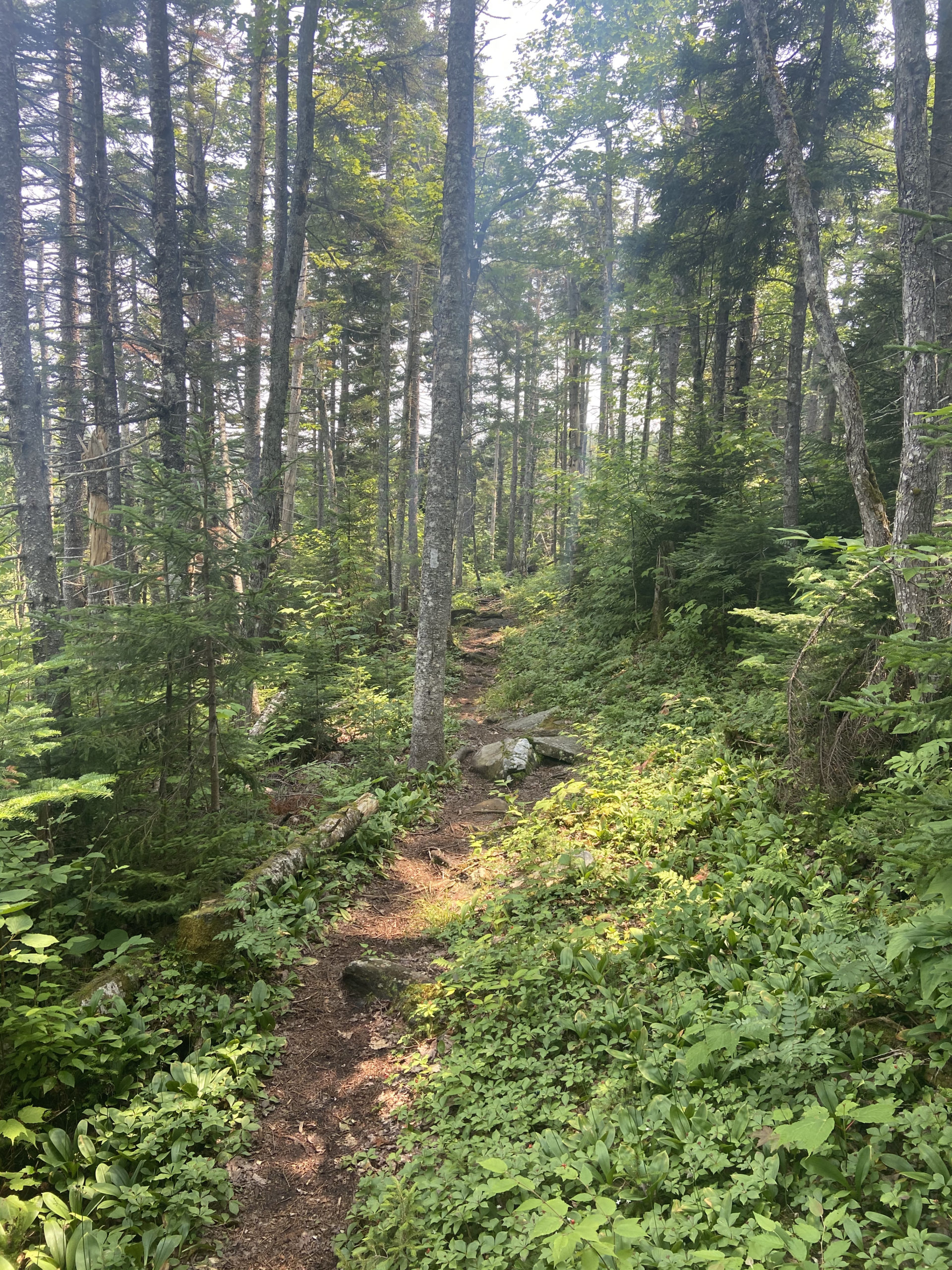 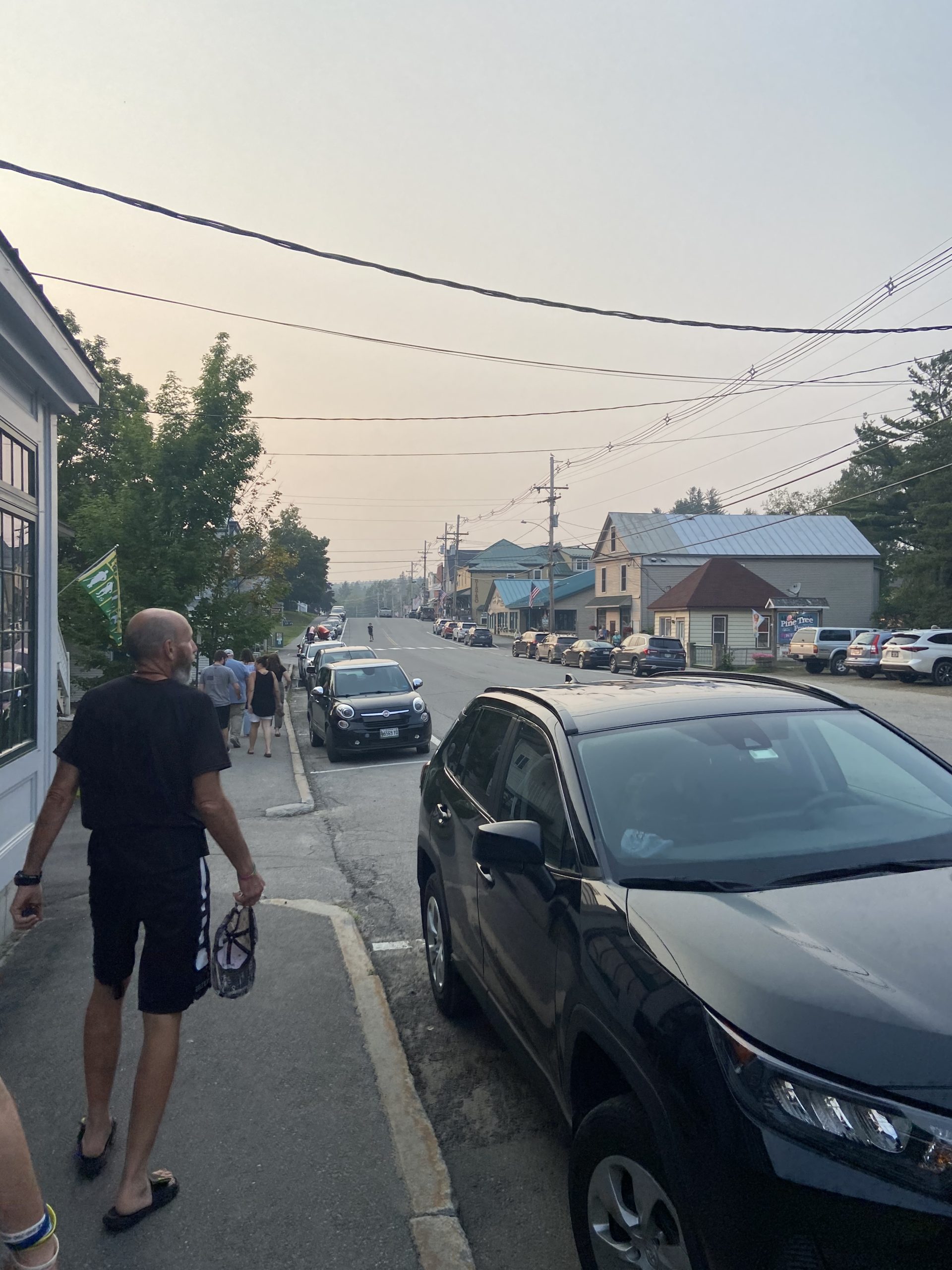