The Whites: Part 2 (My Hardest Day)

It all started out fine, leaving Galehead Hut with a full stomach and looking ahead to a few miles of relatively flat trail later on. I launched up South Twin Mountain like it was nothing; I felt great. My tentative plan was to find a campsite near a stream after 15.5 miles. Thanks to an early start and the flat-ish terrain, I arrived before 3:00.  That’s when I should have stopped.

But something in my thru-hiker spirit just thought it was a crying shame to settle so early in the afternoon without hitting 20 miles. I thought, “Five-point-six miles to Mitzpah Hut, that’s only two hours!” Maybe two hours in Virginia. Not in the Whites. Now eager to knock out the two hours, I didn’t even refill my water at the stream. At full speed I pushed up the 2800-foot assent of Mount Jackson. Something rumbled in the distance.

Of course the climb took its toll. I slowed down. Two hours was a joke. Some trail runners passed me and took my picture at Webster Cliffs, and that was when I started to worry. Across the notch, back on South Twin, a towering mass metastasized. Blinks of heat lightning and tympanic thunder. 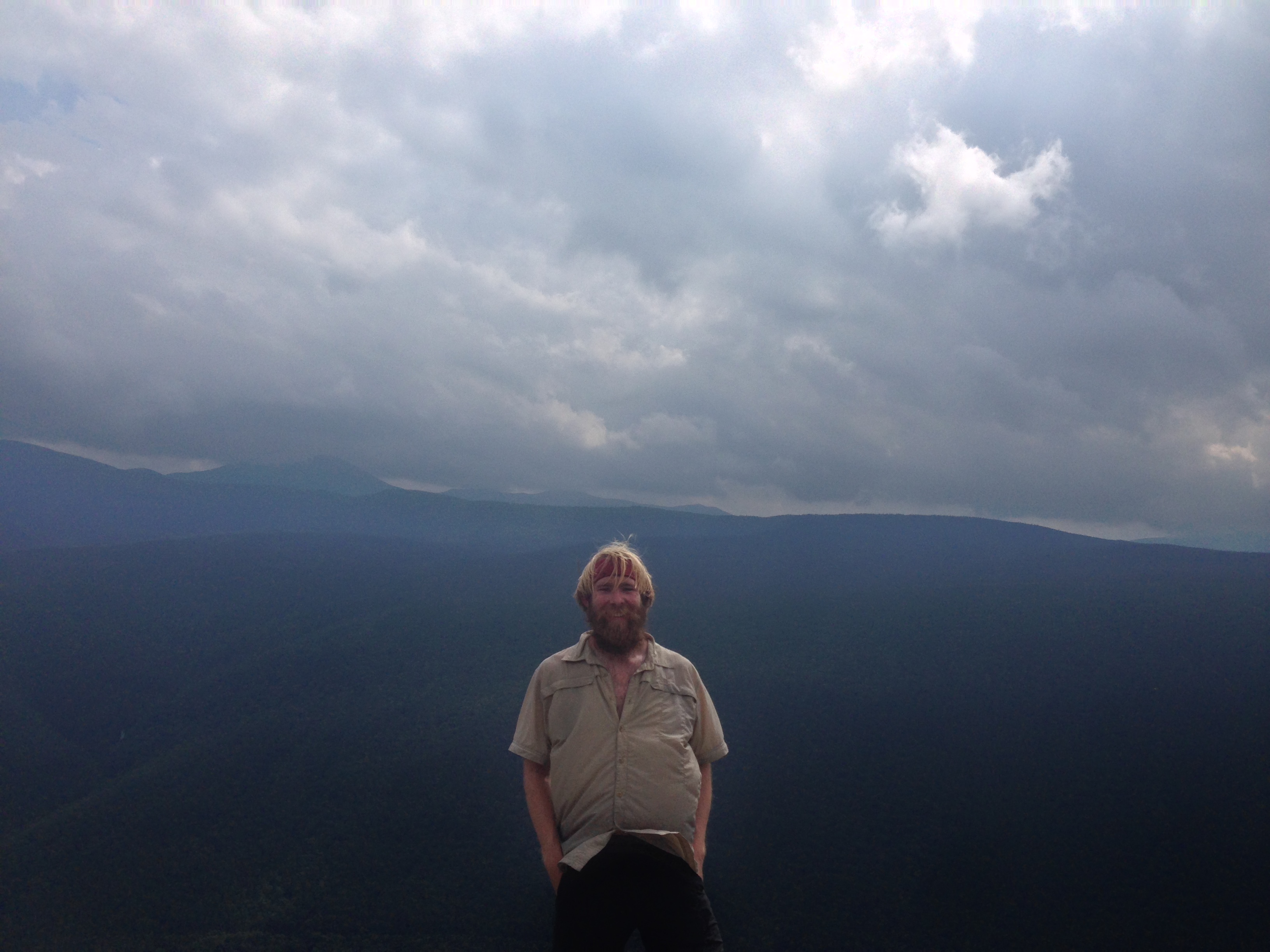 I didn’t want to wait it out without water and I didn’t want to backtrack to the stream. Besides, I thought, there was a chance that the clouds would never cross the notch. So I decided to race the storm.

With every roll of thunder I moved a little faster. Twenty minutes later the wind was rushing across the notch: the storm approached. To make matters worse, the trail started following an open ridge. Every time I saw more bald rocks ahead I cursed, praying to dive back into the cover of the forest. My mind played the image of being struck by lightning on an endless loop. Then the trail started turning more rugged; steep rock scrambles blocked my way and I monkeyed up them faster than I ever knew was possible, my heart was hammering and my legs reanimated with the ghostly course of adrenaline.

My sense of time lost all proportion.

The storm was on top of me know. Flashes and retorts struck seconds apart. Approaching the bald summit of Jackson, I was running right up to meet it. Just as I summited: Flash! Bang! only two seconds apart. I crouch-ran across the open rock face, first straight, then right—where was the trail? I muttered curses as I stumbled back and forth. There, a cairn in the distance. I leaped down several boulders again praying for cover. But just then as I crossed another bald my mind went black; my field of vision flashed three times with a rending boom; I dropped. I was screaming, but my screams lost in the electric roar. When color returned to my vision, everything was intact. I was standing and running. I was swearing and laughing. How fast I flung my body over the rest of the bald was probably just as dangerous as the lightning.

Never before have I screamed with such total lack of volition. I’ll never forget it: that moment realizing that I am the one screaming and that I am still capable of realizing I am screaming.

Beyond exhaustion, another year passed before I saw the walls of Mitzpah Hut. I had to compose my laughter before I went inside.

I signed up for a work-for-stay and went up to a little library to wait until they needed me. Remedy and Loon happened to be there already. I caught up with them a little bit while slumping on the table. After Jackson, my mind was as taxed as my body: total depletion.

Unfortunately it was that night that the Mitzpah staff put me rather thanklessly to work. I mechanically cleaned their grimy stove and washed all their dishes, alone in the kitchen, not a staff member in sight. At least the food was delicious and the roof held back the storm.

Beside years
of letters truly yours
through doors I left unshut
snow has licked the boot-tongues,
cutlery, and keyholes,
turned the night in its solid lock
layer by layer our
combination lost as
the old breath powders our
sheets, our lips, our nosetips.