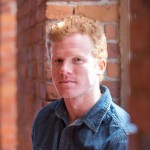 Things That Didn’t Break: Gear That Goes the Distance

We all saw it; the Boy Scouts and their big Coleman camp ranges; the six other groups of two or three; and myself. All of us jockeying for space to make breakfast under the baseball pavilion at the Graymoor Monastery in Garrison, NY, as a 6 a.m. rainstorm of biblical proportions turned our campsite into a mud pit.

Until Bob spilled the eggs I thought my own day was off to a rough start. I was staring dumbfounded into the jar of peanut butter that had just snapped my flimsy fork-knife-spoon-combo-tool in half when I looked up at the scene in front of me. A man in an expensive orange rain shell was attempting to stir shredded cheese into a pan of instant scrambled eggs. The pan was delicately balanced over his lightweight backpacking stove and as he stirred with a spatula, he pushed down too hard on one side, toppling pan and stove and sending a wave of yellow cheese-egg goo across the tabletop.

As soon as the eggs had started dripping onto the concrete floor, his buddy showed up, having just dashed in from folding up their tent. On seeing the mess, he asked only the worst possible question:

“What the fuck does it look like?” Bob roared. “The goddamned eggs spilled!”

I couldn’t help but note that Bob’s explanation completely removed himself from the event. It was a tidy turn of phrase, but one that completely absolved him of any responsibility. Those “goddamned eggs” had apparently leapt from the pan on their own accord.

Bob looked around in desperation. “Does anybody have any paper towels?” he asked.

No one had any towels. We were backpackers and not about to produce a full roll of Bounty, so Bob set about salvaging breakfast as best he could, using the sleeve of that expensive rain jacket as a squeegee to wipe the eggs from the tabletop back into the pan, which he proceeded to cook for him and his partner in sullen silence. The rest of us turned our attention back to our cups of instant coffee or oatmeal with sudden fascination, like there might be a golden ticket to Willy Wonka’s factory at the bottom.

Any preparations for prolonged overland travel ought to take Murphy’s Law into account; that anything that can go wrong will go wrong. In the first half of my Appalachian Trail experience, I never had that full-on, rock-bottom, call-in-the-cavalry disaster that many encounter. In 1,167 miles I was never sick, injured, lost, or broke. At times it felt like I was waiting for the other shoe to drop; that at any moment, some ancient trickster god would look through their portal and say, “This guy? Yeah, let’s screw his day way up.”

So while I was sound in both body and mind for the duration of the trek, the things I carried with me were put through a torture test and inevitably collapsed. My feet chewed through five pairs of socks. The seams on a new pair of boots blew out after just three weeks. Two expensive rain shells failed during intense rainstorms. The handle on my pump water filter snapped off. My pack’s shoulder strap system began to crumple and loosen wildly. Toward the end, it began to feel like my pack and its contents were conspiring against me.

Yet there were some things that stood up to the miles admirably. While they may not have been the most high tech, the newest, or lightest on the market, they are things that didn’t leak, tear, shatter, or burst. Here’s my honor roll of things that never let me down from West Virginia to Maine:

The Whisperlite has long been a favorite among campers and backpackers for its reliability in cold weather. I don’t think the design of these stoves has changed much since they were first introduced in 1982. The Whisperlite uses liquid fuel that is pressurized with a pump. I used regular camp fuel, but the international version can burn diesel, gasoline, and even moonshine. While other stoves are less stable and have just one flame setting, the heavier Whisperlite gives you the freedom to cook with different size flames. When I set up my cooking system at shelters and campsites, hikers would actually gather to watch me cook dinner on this generations-old device. The stove can be easily disassembled for cleaning and the parts are all replaceable.

The Corbet was my go-to jacket for wear around camp at the end of the day or during chilly mornings. What I like the most about this jacket is its use of merino wool as a fill instead of down, which kept me warm even when damp. It layered great under my rain jacket on the coldest days and went under my head as a pillow at night. It’s also probably the most stylish piece of clothing I own.

The Delica has been a favorite among knife nuts for years for its versatility and light weight. The VG-10 steel is easily sharpened and has a sturdy lockup when opened. The 2.88-inch blade is capable for a variety of cutting tasks, but isn’t so large as to be unwieldy and doesn’t scream “wannabe Navy SEAL.” Plus, it’s available in a rainbow of colors. Mine’s purple.

I’ve sung this sleeping bag’s praises in an earlier post, but as the weather warmed, this colder weather bag was still effective as a down blanket when unzipped. After washing on my return to civilization, it has retained its loft and shape after wash.

While not a piece of gear, this was one item that became a snack-bag staple. Packed with 27 grams of sugar and 12 grams total fat, these babies were a godsend when I didn’t think I could take another step. Is it near the end of the day and your legs are jelly? Eat a Snickers. Are you still crashing now? Didn’t think so.

Evan is a writer and photographer based in Vermont.