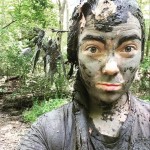 The Day I Decided I’d Never Thru-Hike the AT

I made this crazy decision to thru-hike the Appalachian Trail this year. Granted, when I made the decision a few years ago, 2019 felt so far away. Ha!

I didn’t always want to hike the AT. I’m not one of those people with the cute story about my dad or uncle or other inspiring family member who took on the journey before me, so now I want to make it my journey. I only just began to learn about the AT within the past five years or so (blasphemy!). Looking at me now, you wouldn’t realize that I used to want to live in the city, work in an inner-city school, live in a studio apartment. I hated nature. It hurt and was mean and made me feel gross.

Some things have changed since then as I’m staring at the countdown clock to my hike that keeps getting smaller and smaller. But first, let me tell you a story from not so long ago when I was learning to love hiking and had just begun to toy with the idea of hiking the AT.

I had just gotten my first tent—a Snugpak something or other. I bought it for the style of tent and quality, not caring at all about the weight at that point (because that’s a silly thing to worry about). I wanted to try it out before taking it on a group trip, so I convinced my then fiancé to go on an overnight trip Wayne National Forest here in Ohio.  I chose the trail based on reviews saying it wasn’t super busy (as an introvert, I tend to hike to get a break from people, or at least crowds). But this also meant it wasn’t going to be as beginner friendly of a trail. Which to me, while overestimating my ability, was no big deal.

So we set off. Both of us with our military surplus bags—my husband loves this stuff. And I didn’t know how a pack should fit, so I didn’t think anything different of it. I’d heard that water in Wayne was tainted due to oil drilling and that it wasn’t recommended to filter it. So we brought along what we thought would be enough water. It was only May, after all, so it shouldn’t be that hot.

But it was hot. And it wasn’t like the middle of summer when it’s hot but you’re used to being miserably hot. Oh, no. It was the first hot weekend of the year, so to our bodies that had grown used to the numbing cold of late Ohio winters, it was a bit of a shock. So we drank a lot of water. Which meant we were rationing water by the end of the first day.

And Then Reality Set In

Southern Ohio gets a bit hillier than my neck of the woods (nothing like the AT, but hey, it’s more than flat). So it’s stupid hot, there are giant hills, and, shock, I’m not in as great of shape as I thought I was. I’m carrying a pack that’s digging into my shoulders more and more with each step (another surprise—that pack didn’t fit so well). I was downright miserable. I actually found a lovely spot in the middle of the trail on one particular long uphill to collapse and cry. On the plus side, my fiancé came to my rescue, and I fell a bit more in love (ew, mushy gushy, sorry!). He carried our packs to the top, then came back down to find me still crying. 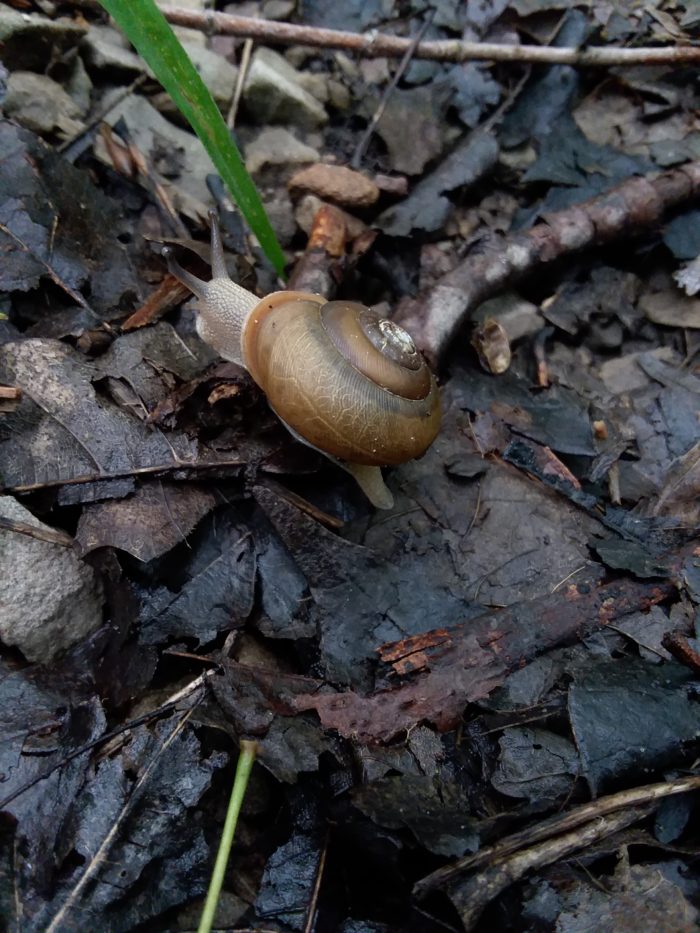 A happy little snail that made me feel a little less awful!

We eventually made it to a campsite. But we had no map, so we had no idea where on the trail we were or how far we’d gone (as a beginning beginner I had no idea of my average pace). We thought we were almost done, though. We’d done so much. So we “relaxed” that night knowing we had an easy day in the morning (and by relaxed, I mean I sweated through the whole night and eventually abandoned my brand new tent to take refuge in my fiance’s childhood tent as there were bugs on the forest floor that I was convinced were trying to get through my tent to eat me alive).

On to Day Two

The next day arrived. Our campfire breakfast I had planned was a complete failure. But no worry, we’d be done soon and we could get food once on the road.

So we start walking. Eventually the trail spits us out onto a dirt road. We follow the road. And keep following it. And follow it some more until it comes to another road. We missed the trail. That’s OK, though, cause we have a map, right? Nope. I figured I’d embrace my millennialism and rely on my phone. Except my phone had died.

Long story short, we wandered for (what felt like) ever.

We passed a group of people who’d set up camp for a while. These were the kind of people you hear horror stories about before setting off on a grand adventure into the wilderness—the kind that make a living off kidnapping hikers. We passed by them several times and lived to tell the tale.

And we found a bush to stash our packs because, my gosh, I hurt. So bad.

Some rangers found us. But, keeping some sense of pride, we didn’t convey the extent to which we were lost in the middle of the backwoods of Southern Ohio. They pointed us down a road, which we took. And walked. And hiked. And whined (well, I whined. A lot.). Before it finally spit us out by our car.

How we got there, I still haven’t the faintest idea. It was like a miracle. Or a mirage. But we survived.

It was on this trip that I decided that people who like backpacking are the craziest of them all. I like hiking because I like nature. I enjoy the animals and trees. This whole torturing myself out in nature is not what I was going for. I like camping. I like hiking. But never again would I combine those two. I’d once toyed with the idea of thru-hiking the AT, but maybe it just wasn’t for me.

I'm Kadi! Headed to Harper's Ferry this April for a NOBO Flip Flop thru-hike of the AT. I used to dream of living in a studio apartment in the city. Now I'm getting ready to head out for a long walk as a way to get a break from the rat race before diving head first into the building of a homestead with my husband (and maybe raising Alpacas in the future, too).