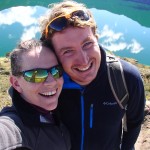 “How deep do cats bury their poo”, was the exact term I googled as I began researching this article.  After extensively scanning the first results page I concluded that my question was beyond modern scientific knowledge. This was crushing as I had really hoped that not only would there be an average across the felidae (not feline apparently) family but also specific depths by species, allowing me to create a “what cat are you survey?”, but as Sally Scientist (actually Felicity Felinologist) seems to have more pressing things littering her tray, let’s just say the answer is six inches.

I tell you all of this, because as a human, you too must bury your poo when out on the trail.  However, don’t go digging holes if the nice people of the NPS ask you not to.  In this scenario, it is best to have a magic toilet bag that you can pack out your unmentionables. I challenge the folks who make our camp food to develop a bag that not only rehydrates, but can be reused for number twos. 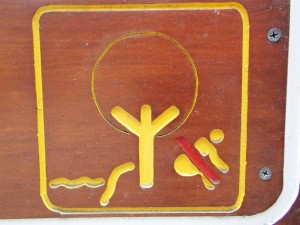 No pooping in the river

Horses are bad dudes, they always look miserable, and they wear shoes, which makes me think they are trying to dress up like people, and that is just odd. So the best thing to do if you encounter one is to hide in the bushes until he has passed by. You may also encounter bicyclists, these ne’er do wells are in theory supposed to give you the right of way, typically though they are going at 7 million miles per hour, so be prepared to dive for the bushes. Portagers like to take their canoes for walks in the woods, I am not sure who is supposed to give way, but my advice is to hide in a bush, based on my advice so far you will spend hours a day hiding in bushes, so take a good book. If you encounter a couple carrying a ship it is imperative that you do not engage them, one or both of them are probably contemplating mariticide, you don’t want to be an irritating loose end, these people carry large boats and will have no problem hurling your lifeless body into the bushes where you should have been hiding.

Last bit of wisdom on yielding and right of way on the trails, on the rare occasion that you are the fastest moving thing on the trail you should warn the person ahead that you will be passing on their left, “on your left” you should declare.  Avoid saying “your left” as noted above the woods are full of homicidal couples, reckless riders and horses, your left implies that I have been abandoned scared and alone in this hostile environment so don’t forget to add the “on”. 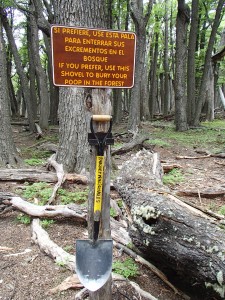 Aretha said it best in her spelling song R-E-S-P-E-C-T, this applies to other trail users and the trail itself. Be nice to each other, I love TaTa as much as the next guy but I don’t need to hear her dulcet tones seeping out of your headphones, and if you are lucky enough to have more than imaginary friends make sure you are taking up no more than half the trail, this is approximately 50% for you math fans.  As for the trail and campsites leave no trace that you were ever there, if it helps imagine you are an escaped convict who doesn’t want to be tracked, by say Tommy Lee Jones. 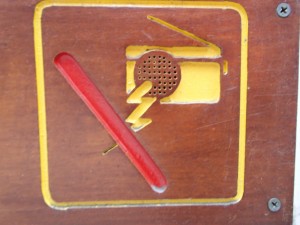 Buried in the above are some legit rules which I really hope you follow, now I off to google pictures of ligers and ponder just how deep of a hole they would need to dig to bury their poop. 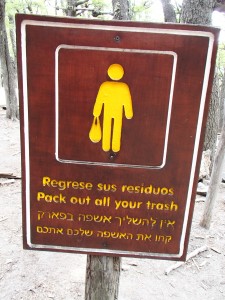 Bring a shopping bag to packout your trash