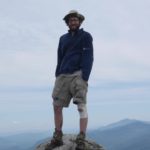 Before starting this thru-hike, trail magic was a mysterious phenomenon to me. I had spent lots of time on the AT in Massachusetts, Vermont, New Hampshire and Maine, so I’d heard lots of talk about trail magic from thru-hikers that I encountered, but had never shared in the experience.

So a few weeks ago, the first time that a fellow hiker told us that there was trail magic up ahead, I didn’t know what to expect. I was in Georgia about 40-50 miles into my thru-hike. As I descended towards the gap I could see a large gathering of people in the open grassy area on the other side of the highway. I waited for my mom (who I’m hiking with) at the bottom, and we crossed the road and approached the gathering. There were several tables with all kinds of food laid out. Fresh fruit, pitchers of lemonade, candy, junk food, and more.

We dropped our packs and went in for a closer look. We were welcomed by a big man named Bobby, who asked if we wanted any soup. “Yes!” was our eager response, and Bobby ladled out soup with black beans, pork and vegetables into our bowls. We took bread, and salad as well, poured some lemonade, and were invited to sit down in one of the provided camp chairs.

There were about a dozen thru-hikers already present, and as we sat and ate our food, we watched as several more hikers showed up and were graciously welcomed by Bobby. All the hikers thanked Bobby, his wife and his friends profusely for sharing all of this amazing food.

As my hunger subsided, I started to wonder about Bobby’s motivations for spending so much of his time preparing and serving food to hungry hikers. Other hikers were clearly curious as well, and one of the hikers sitting next to me posed this question to Bobby.

Bobby explained that for the past several years he has been coming out to this gap every weekend in March and April with his wife and a few friends. It’s a lot of work – every day they prepare enough food for dozens of ravenous hikers, bringing it all out to the trail, then breaking it down, and cleaning everything up.

So why all the work? Bobby explained that a number of years back, after recovering from cancer, God had spoken to him and told him to, “take care of hikers.” He is quite literally on a mission from God to feed hungry thru-hikers.

As each hiker prepared to continue hiking, Bobby asked if he could perform a blessing. Some hikers graciously accepted, while others were clearly confused about what he was asking, but nobody refused. I listened to several of Bobby’s blessings – they were short and simple – basically asking God to bless each person’s thru-hike.

As I prepared to leave I realized that I was a bit anxious about receiving Bobby’s blessing. I’m Jewish, and although my family celebrated Christmas and Easter when I was growing up, most of the fundamental tenets of Christianity are foreign to me. Should I tell Bobby that I’m a non-believer?

When it came time for us to leave, Bobby refrained from asking if he could perform a blessing of my hike. I was a bit relieved, but it also made me wonder if he could sense my anxiety.

As I continued along the trail, it became clear that trail magic in the South is synonymous with the church. Trail magic in this region is quite common, and almost every group that I’ve encountered handing food out to hikers has been affiliated with a local church.

Just like every hungry thru-hiker, I’m always extraordinarily grateful to receive a bonus snack or impromptu meal along the trail. I express my gratitude profusely whenever I encounter trail magic, regardless of the source. But a small part of me is always wondering about the motivation behind this generosity. Are church groups doing this because they’re hoping to gain converts?

Don’t get me wrong, none of the church groups that I’ve encountered have tried to push their religious beliefs onto me. Many of them hand out flyers with bible quotes and information about their church alongside the snacks that they’re sharing, but nobody has asked me about my own religious beliefs. So if gaining converts is their goal, I can’t imagine that they have a very high success rate.

I knew that I was missing something, so I decided to have a chat with the organizer of a long-established source of trail magic. The First Baptist Church in Franklin, NC has been serving free all-you-can-eat breakfasts for thru-hikers for the past 15 years. Every single day for two months they invite hikers into their church to feast on bacon and pancakes.

The organizer of these pancake breakfasts is Patsy Parker, a former home economics teacher and lifelong member of the church. I spoke with Patsy in the church’s cafeteria while about two dozen thru-hikers scarfed down pancakes (be sure to listen to the embedded podcast episode where you’ll hear some snippets from my conversation with Patsy). Patsy was incredibly kind and charming. She gushed with stories about her interactions with thru-hikers over the years. As she shared story after story, the motivation behind the church’s generosity towards hikers began to reveal itself.

After many of Patsy’s heartwarming stories about the church’s interactions with thru-hikers, she would mention the positive reactions that she received from the church’s congregation. I understand enough about religion to know that storytelling is always at the center. At the First Baptist Church in Franklin, NC, the congregation hears lots of stories about AT thru-hikers, and according to Patsy, they eat these stories up.

As an AT thru-hiker, I’m in no great need for a free pancake breakfast. Sure, I’m always ravenous, and will eat just about anything that’s put in front of me, but I can afford to pay for my own food. I feel incredibly privileged to have the opportunity to attempt a thru-hike of the AT – and this is in part why I always feel a bit uncomfortable receiving trail magic. I can’t shake the feeling that there are other people out there who are truly in need, and therefore more deserving of a free meal.

But giving free food to AT thru-hikers creates the opportunity for great storytelling. Hikers are extraordinarily gracious, and when prompted will often follow up with the church groups who’ve provided that little extra boost for their hike. The First Baptist Church in Franklin is full of photos of thru-hikers posing atop Katahdin, and they have huge poster boards full of signatures from all the hikers that have passed through (and received their free pancake breakfast). It’s a limitless supply of feel-good stories that folks like Patsy can share with their members.

As someone who makes my living crafting stories in one format or another, I understand that storytelling is king. I will certainly continue to graciously receive trail magic from church groups along the AT, and I certainly don’t bemoan churches for using us hikers to convey compelling stories to their members.

That said – if any church is actually interested in swaying this particular hiker over to their cause, they need more than a flyer with a few bible quotes. They would need to utilize some of that good storytelling to show what they’re doing to provide for people who are truly in need within the communities that they serve. 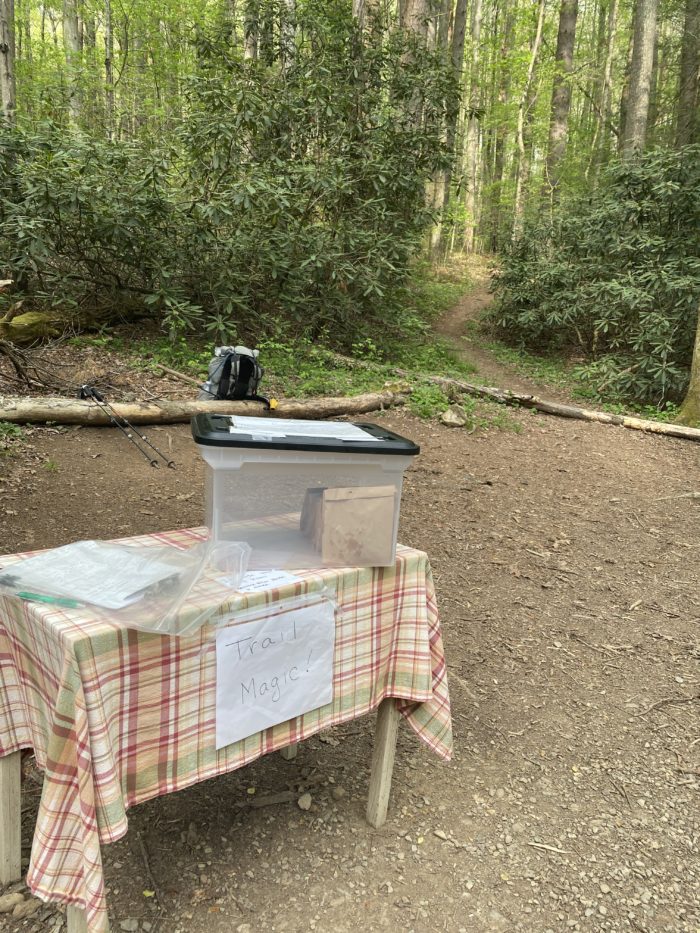 Just one example of Trail Magic along the AT.

I'm a documentary filmmaker, podcaster, and former wildlife biologist who has been dreaming about a thru-hike of the Appalachian Trail for almost 20 years. My connection with the AT began in 2003 when I hiked the Northernmost 600 miles of the trail. Since then I've worked as a wildlife biologist on the California condor recovery team in Arizona and Utah, co-founded a non-profit, produced several independent documentaries, helped launch a podcast series called "Earth to Humans", and co-directed a film that won the audience award an Sundance. I have an amazing wife and 8-year-old son who are supporting me on my 2022 AT thru-hike attempt.