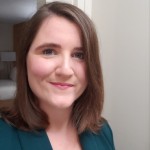 Hiking was never a dream of mine. I had never heard of the Appalachian Trail or any other trail before I came home on leave and watched Wild with my sister. Or rather, she slept and I watched. I’d be lying if I said it intrigued me but something about it did stick with me. Maybe it was watching Cheryl go through all that pain, working through her problems, that struck a chord with me.

The movie stayed in the back of my head as I continued with my work, occasionally popping to the surface when contemplating life. As the weeks ticked by I realized with some trepidation that I was ending my time in service as an active duty Marine. I knew why and what I wanted to do afterward but felt lost somehow. Like I didn’t know how to deal with myself.

I began planning a road trip from Maine to Texas but the idea didn’t sit with me. I wanted to experience the states, not be trapped in a car. I’ve taken the bus from Maryland to Texas before, as interesting as the people were, it was a rather dull experience save the moment when a driver struggled to stay awake and veered into our lane. That was interesting to say the least. When no one rogered up to go with me on the road trip, I began to think of something else that I truly wanted to do other than sit in a car.

I’ve always taken to living out of a bag, though my books disagree with it. I just wanted to walk, to be closer with the environment. So I began Googling to see just what that would entail when I came across the Appalachian Trail. While it didn’t go all the way to Texas, it clicked for me. Since I’m a rather rush into it kind of person, I stalled, giving myself time to let it really sink in. It didn’t budge and finally I allowed myself to get excited. Nervous as all get out, but excited nonetheless, I began planning a southbound hike beginning in July (my end of service date isn’t reasonable for northbound). This was a huge deal, and not just because of the journey it offers.

Truth be told, as much as an action type person as I am, I’m often afraid. I grew up in a broken home on a foundation of respect enforced by fear through pain. For 17 and a half years, I lived like that until pain wasn’t pain anymore. I could laugh at it to some degree when someone thought it could actually make me fear them (sadly, I did laugh when presented with it).

In my home, there were varying degrees of physical, emotional, verbal, and sexual abuse. At 17 years old, I hit a point. I attempted to run-a-way on a Friday night after a football game, then turned around early the next morning because I believed I needed an education to make something of myself and I’d be damned if I was going to ruin it. I came home and was told my kitten had died. She’d been sleeping on the fan belt of the truck when my grandfather went to look for me the night before and got caught up in it. I went numb. He yelled at me for a good bit but to no avail. He gave up, exasperated that I wouldn’t worry about my safety out on the streets.

That night I decided I would die before he’d ever touch me again. In that same moment, I realized something else. I didn’t want to die, I would to get away from what he was doing to me, but I didn’t want to end my life. It was a snap decision. That was in October of 2011. The following month, I reported my grandfather for sexual abuse with the help of the school counselor and my mentor. If they had turned me away, I would have run-a-way and I told the cops that. There was no hesitancy on my part.

It wasn’t easy. Whoever says it is, is full of it. My mother went against me, family members made up lies, my aunt called me a murderer since it was likely my grandfather wouldn’t live to get out of prison, etc. He went to prison in April 2013 after I was already enlisted. He had walked out of the jail house after being interviewed, saw my birth mother walking out of the district attorney’s office thinking she’d vouched for me, he turned around and plead guilty. I don’t know if he ever found out she had adamantly denied him ever messing with my sister and myself even with my sister crying in her lap, pleading with her.

Throughout this ordeal, I had a damn good support network while family members turned against me. If it hadn’t been for two of my siblings, my mentor and her husband, my youth minister and his wife, and friends who let me live with them, the district attorney and staff, or the family who took me in who has since become my own family, I don’t think I could have made it through it.

I shipped out two weeks after I graduated high school in 2012, seven months after the initial report. Easily the best thing I could have done at the time. I’m very thankful God put the people he did in my life and that I was able to strive for the opportunities I took.

The thing is, I never really transitioned between reporting, dealing with my grandfather getting a lawyer to fight me, and then going to bootcamp. So that’s what this is about.

This hike is a spiritual journey to deal with me, not to get over the past but to be at peace in my head. As well as a transition from military to civilian. This is a before and after mark in my life.

This lengthy trek is my way of walking into the next chapter of this book. Which, for me, is full time college, work, and helping others who are or have been abused.

I’ve come to think of it as trail therapy. If you follow my journey, you’ll get to see how that turns out. ^_^ I doubt my upcoming posts will be so solemn but it’s important to know where a person is coming from on their journey to understand where they’re going. 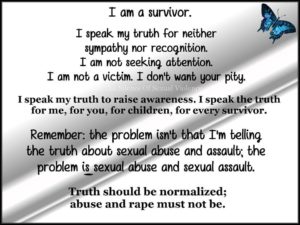 Howdy, everyone! My name is Adeline, 22, and a photojournalist by trade and writer by heart. I will be stepping off from Maine in July of 2017 for a southbound thru hike. Should be interesting ^_^