The Station at 19E to Moreland Gap Shelter; 18.0 miles

After a hearty (and free) breakfast at The Station, owner Dave dropped me and a couple other hikers off at the trailhead at 9:00. The day started off with an easier climb to a large meadow, where the trail passes through for about a mile or so, before descending back down into pine and oak forests.

There were no big climbs for the day; it seems that most of the large, rugged mountains of the South are behind me for the most part. The trail was relatively flat throughout the day, and a majority of the day was spent in the green tunnels of rhododendron forests. There were still smaller climbs thrown in throughout the day; some much steeper than others. Water was in abundance on trail today too, passing two large waterfalls and many stream crossings.

I only saw one thru-hiker throughout the entire hike today. This is becoming more of a regular occurrence, and the large “bubble” of hikers I was in back in Georgia is no longer existent, or at least to my knowledge. By this point, the people who really want to be out here still are; only roughly 45-50% of thru-hikers reach Damascus. I was the first to arrive at Moreland Gap Shelter just after 4:00, and only four other hikers came to camp in the area. It’s nice knowing I won’t be needing to worry about finding available flat tent spots anymore. 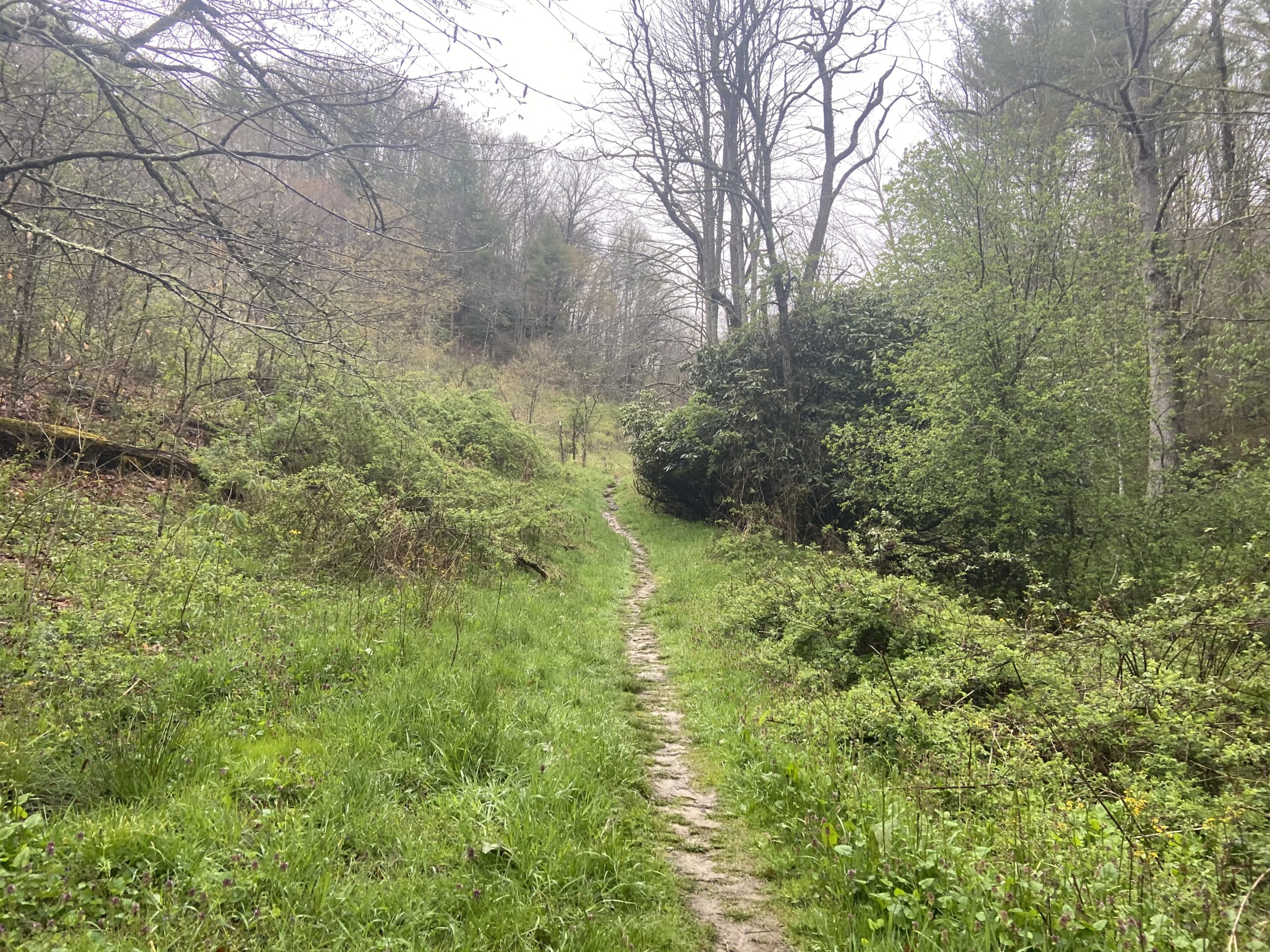 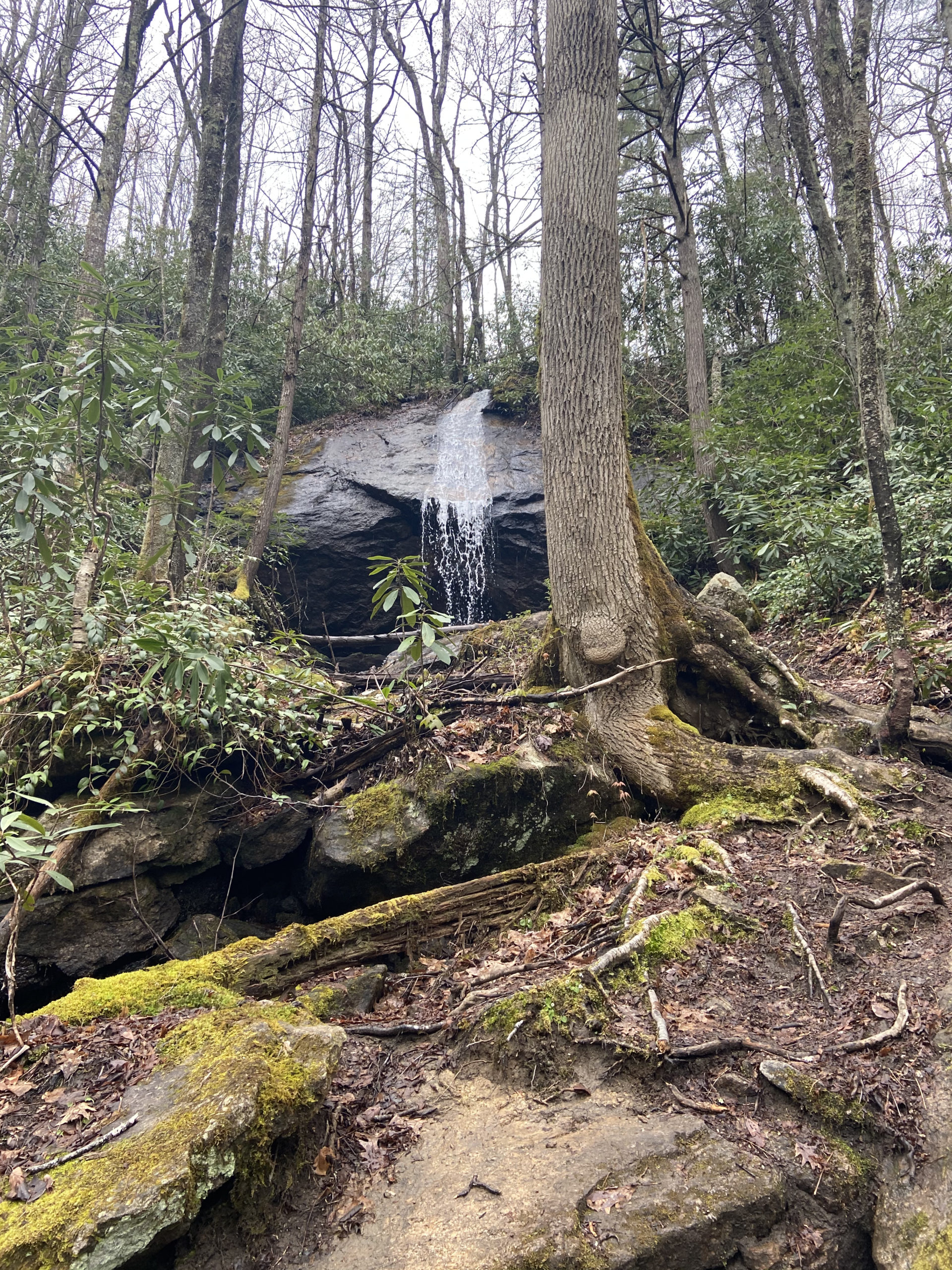 The next day began with the same exact terrain as the day before; short bursts of uphill through rhododendron green tunnels. A long descent leads to Laurel Creek Falls, a massive waterfall that is said to be the nicest waterfall on the entire trail. I hung out there for a moment with Chewy and Slingshot, two hikers I had just met. It was another picture-perfect weather day on the AT, and this string of great weather is supposed to remain until I reach Damascus.

The trail after the falls was very flat, running right along the river for the next mile and a half before beginning the big climb for the day up to Pond Flats; 2,000 feet of elevation gain in just over 2 miles. On the top, I met back up with Chewy for a lunch break, who told me of her and Slingshot’s plans to stay at the nearby Boots Off Hostel, right off the AT. I knew of other hikers stopping by there, and I wanted more trail snacks, so I figured I’d swing by and hang out before hitting the trail again.

After having a beer and some snacks at the hostel, I made the game-time decision to stay put for the night; for $10 I was able to pitch my tent on the property, enjoy a hot shower and a free breakfast the next morning. I was already at about 15 miles in for the day and was feeling pretty content with that mileage. I enjoyed a chill afternoon at the nearby beach at Watauga Lake with Chewy, Slingshot, and Munchie (another hiker my age I’ve been leap-frogging the past few days) before heading back to the hostel for a good BBQ that some hikers were preparing. 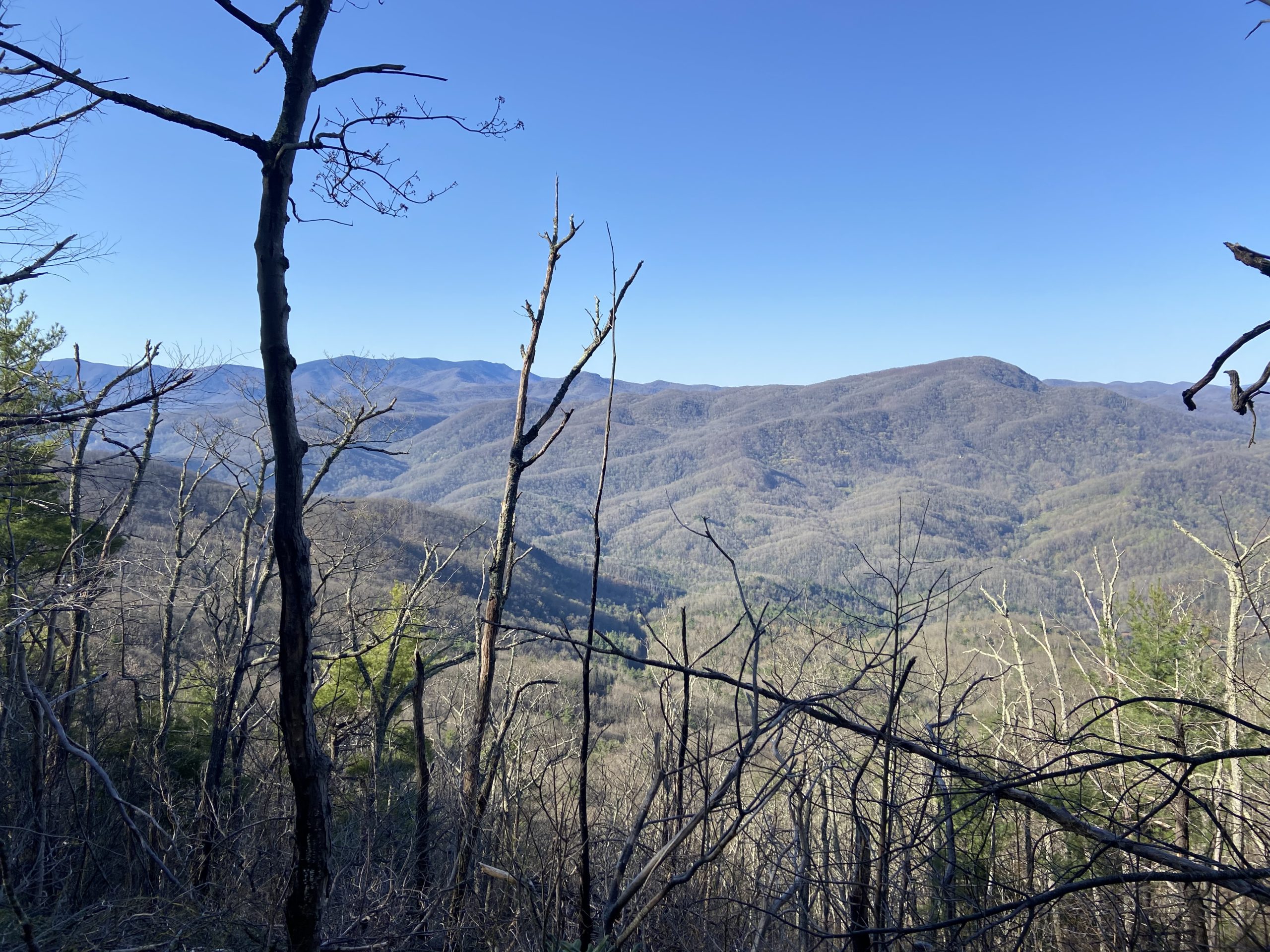 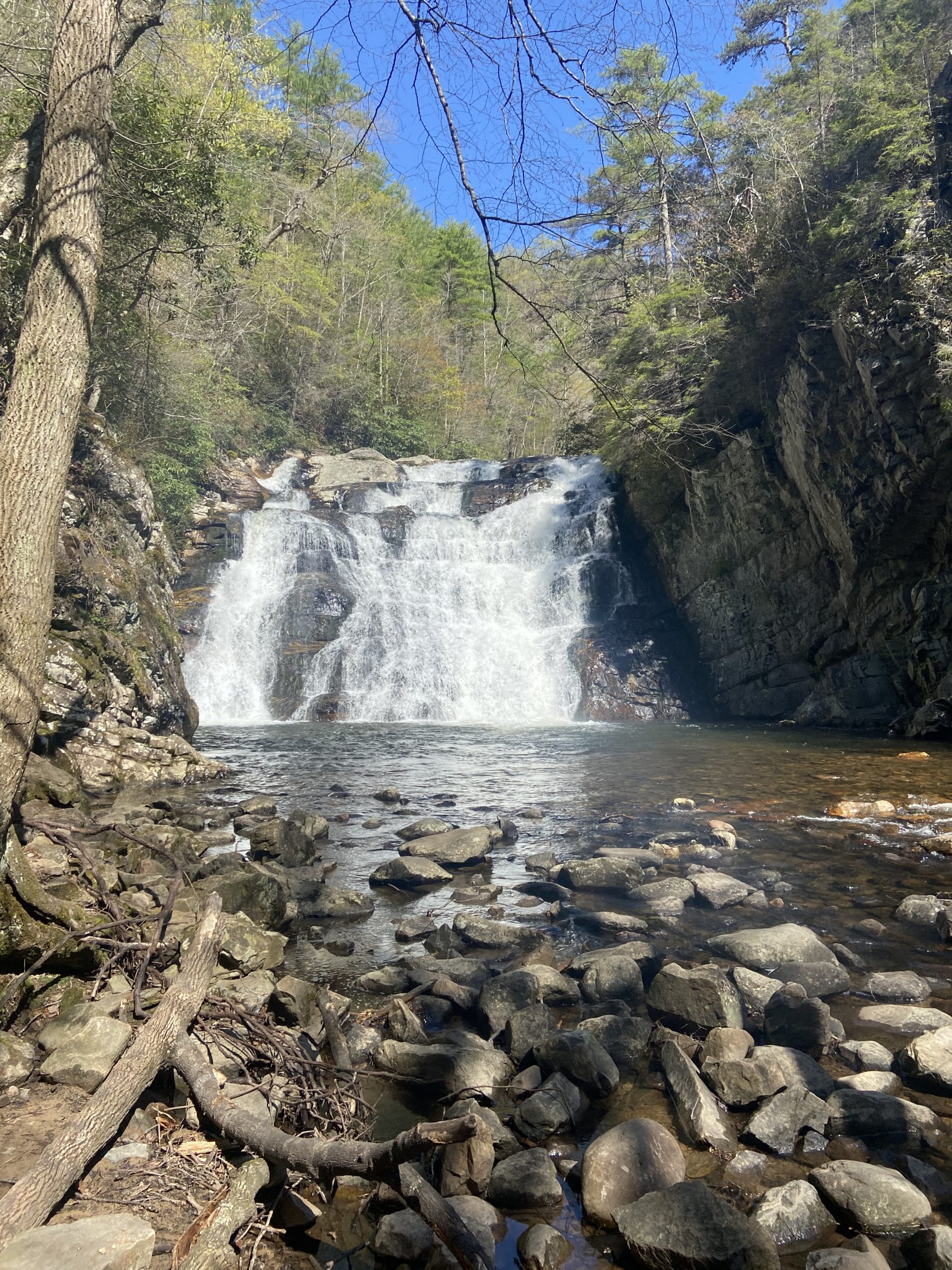 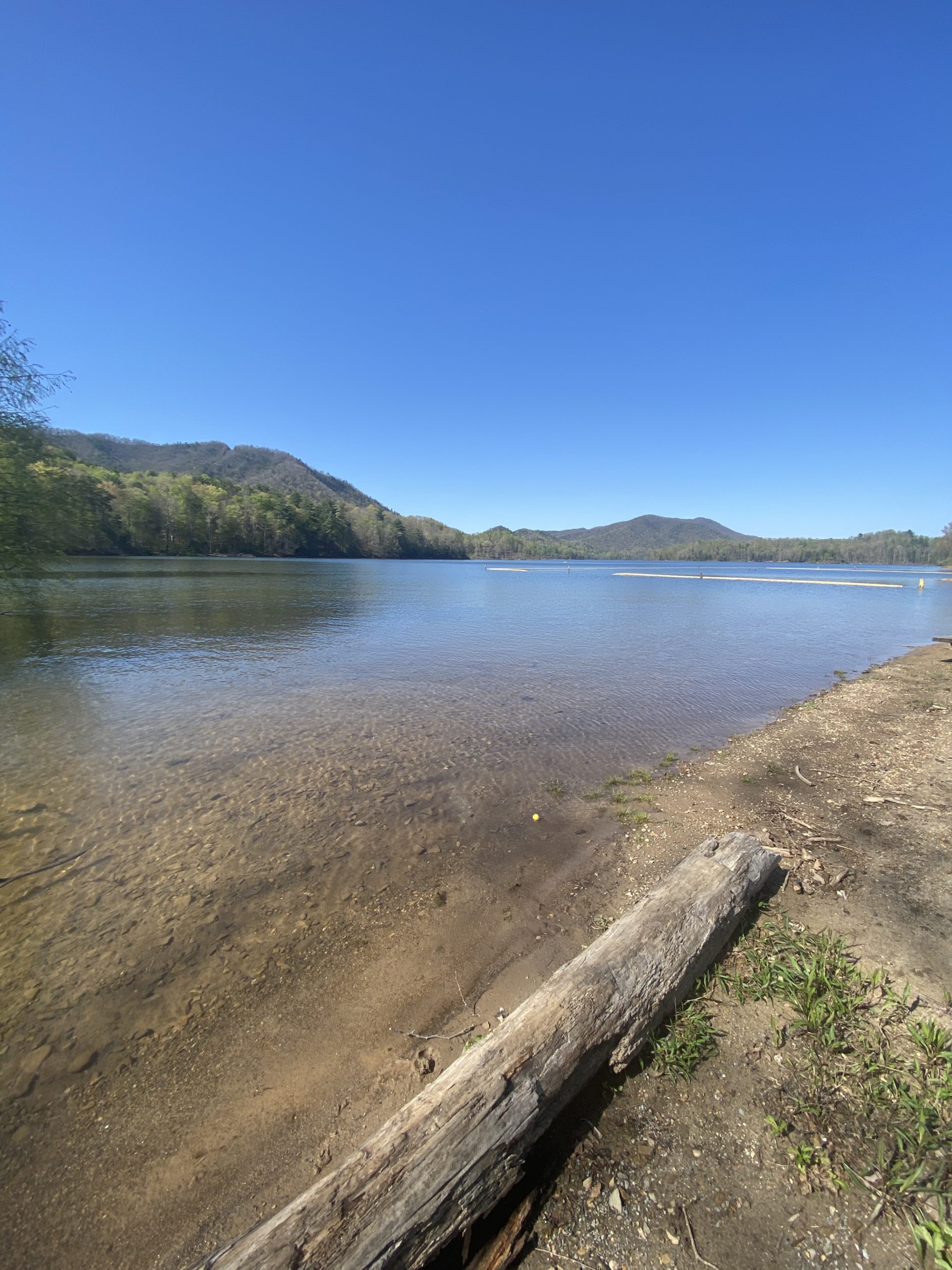 I left the hostel early and was back on the AT by 7:30. The day started off with a flat scenic walk close to the shores of Watauga Lake for about three miles before crossing the Watauga Lake Dam and climbing back up into the woods. Earlier on trail, Maddy and Chappie (two hikers I met at Boots Off), caught up to me and we hiked together and chatted for the first 7 miles before separating, planning on meeting back up at Double Spring Shelter.

There isn’t a whole lot to report on about the hike today; basically, the entire hike followed along the same ridgeline with short bursts of ups and downs thrown in. It was a scenic walk thanks to the view of the lake and surrounding towns to my right, but the walk began to become a little monotonous towards the afternoon. 20 miles in, the AT crosses through an open green pasture which offered a nice change of scenery.

After about a mile through the pastures, the AT climbs back into the woods for a gradual incline for three miles up to Double Spring Shelter, and I arrived at around 4:15. A large group of section hikers was camping here so tent spots were running low, but they made up for it with an awesome fire at the shelter. 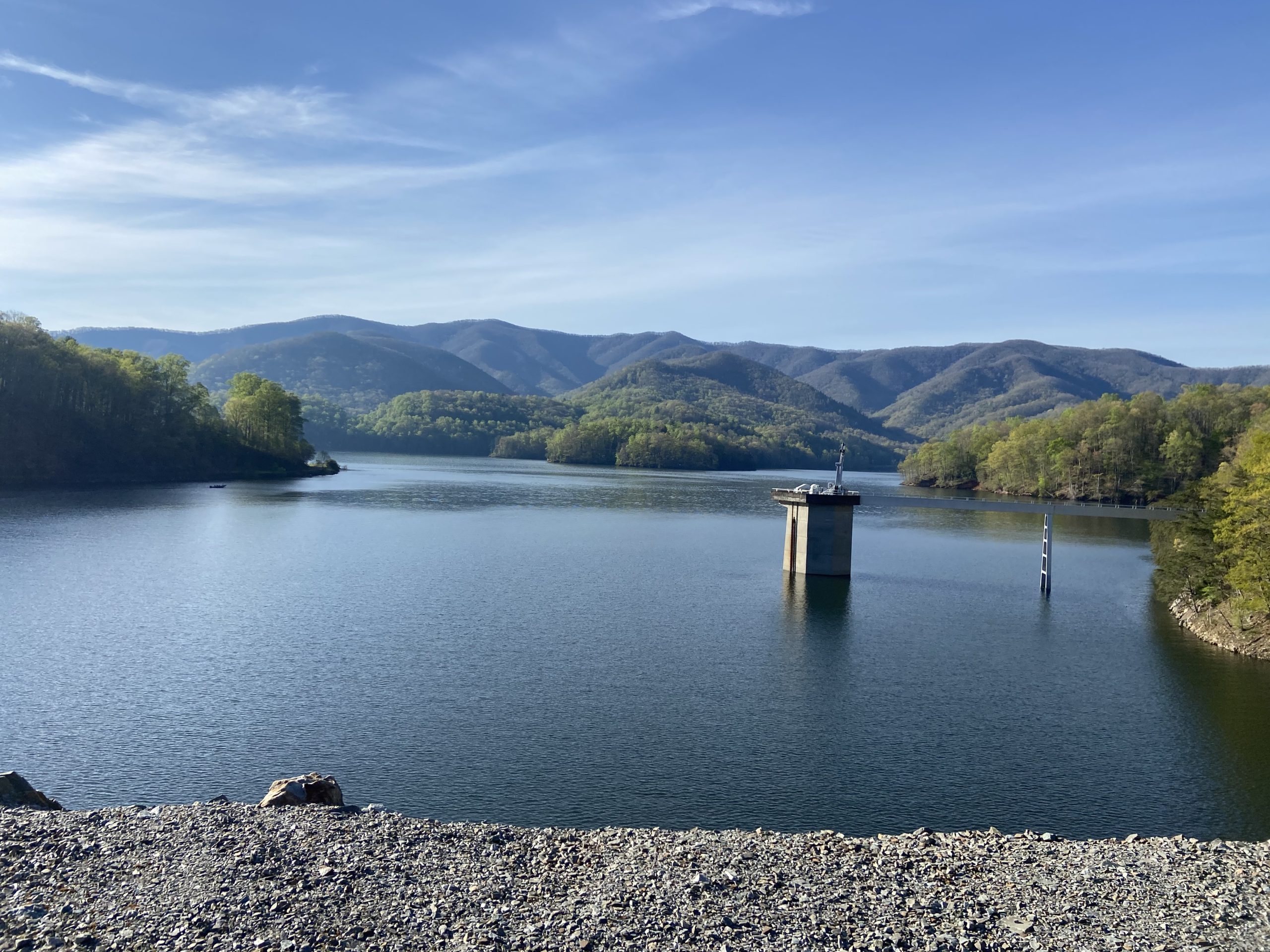 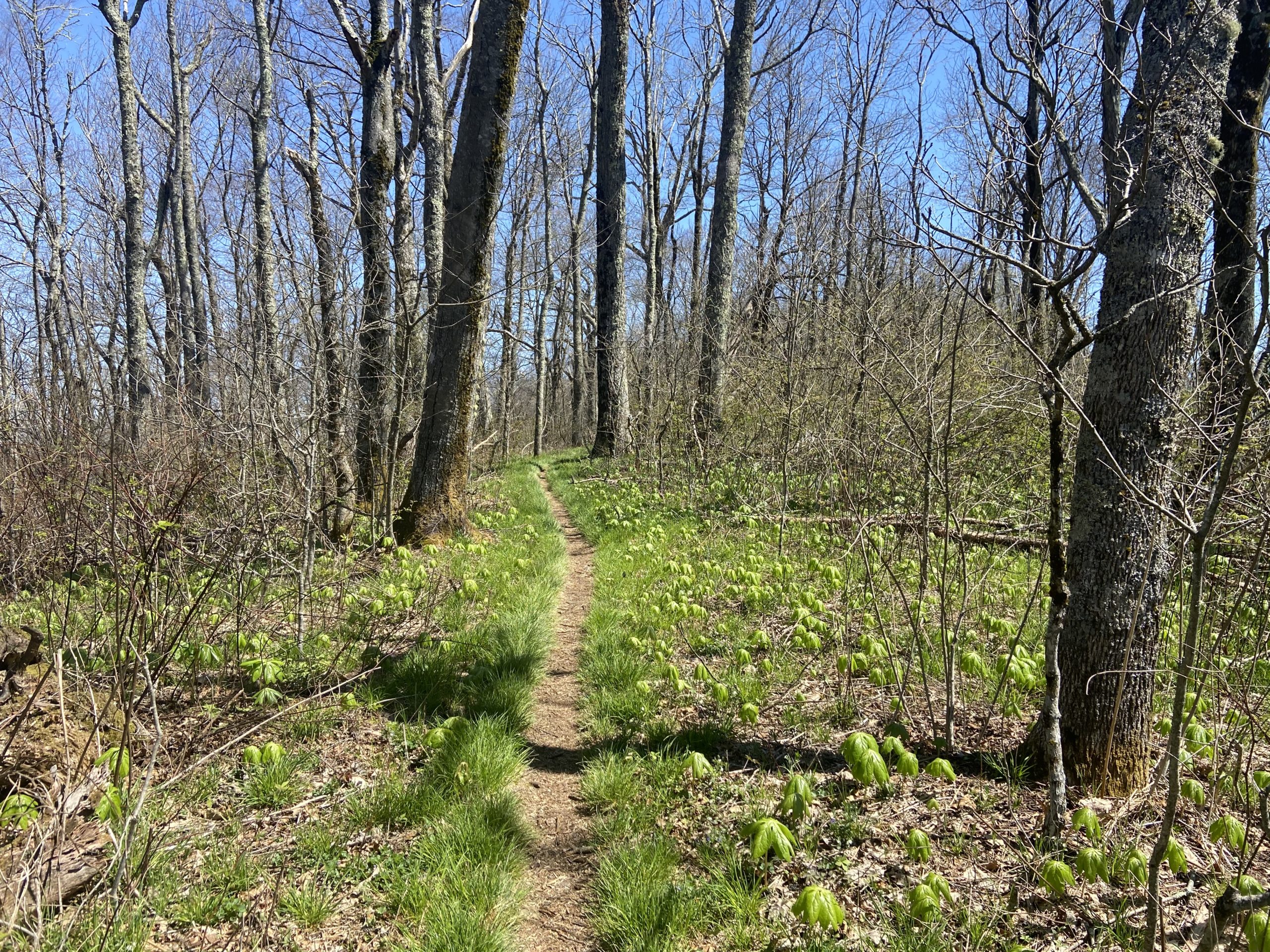 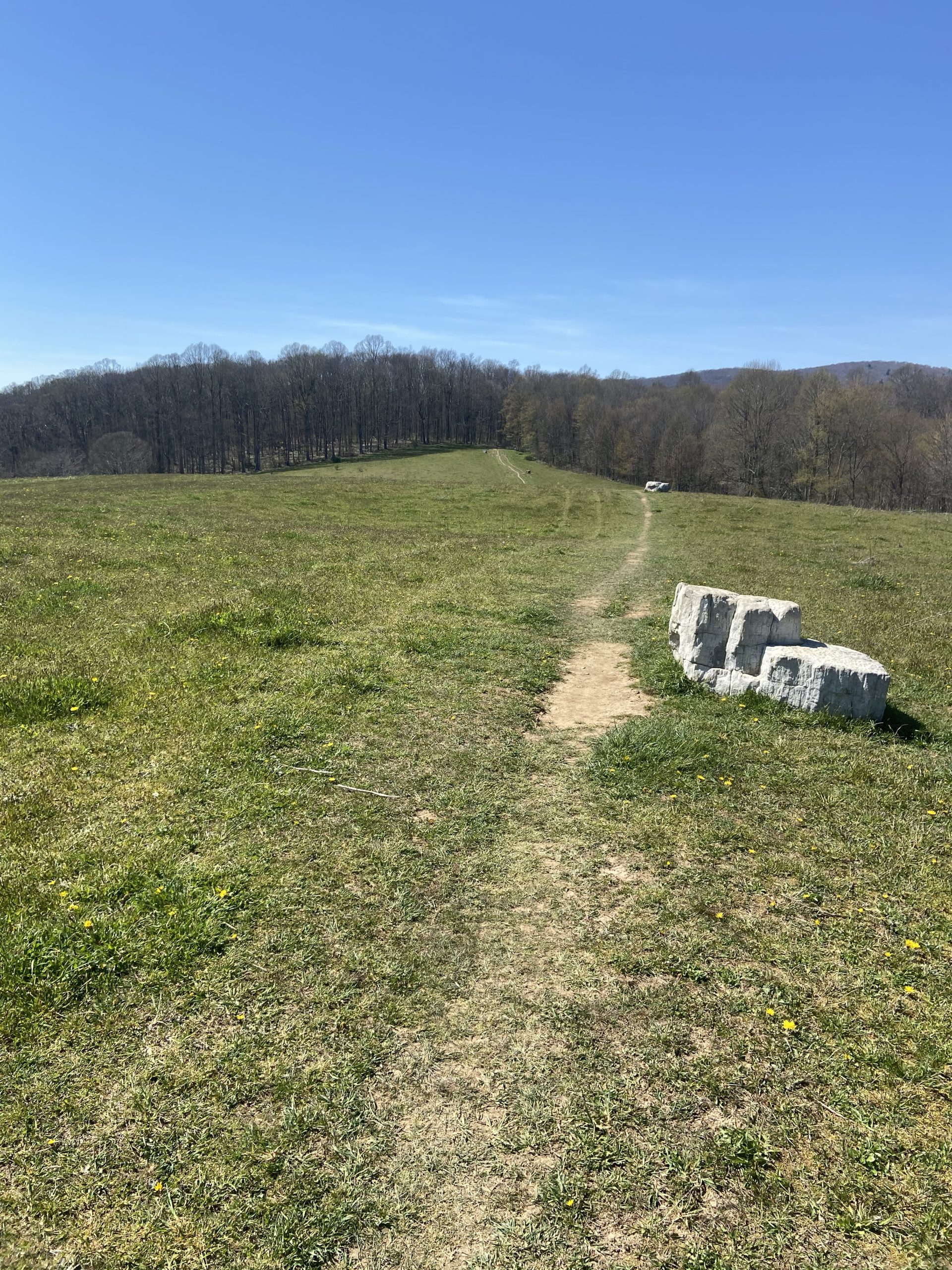 Despite the obnoxious hiker talking very loudly on his cellphone late into the night, I had a solid night of sleep for my final night in Tennessee. I was on trail by 7:00, eager and excited to cross into a new state and reach Damascus, Virginia, trail town USA.

The hike continued on the same ridge I was on all day yesterday, but with much fewer inclines. It was one of the easiest days in terms of terrain and elevation, and it only became easier as the day went on. Next thing I know, I’m 14.5 miles in for the day and arriving at the Tennessee/Virginia state line. I was practically smiling the last 4 miles down to Damascus; crossing into Virginia and reaching Damascus is such a huge milestone for NoBo thru-hikers, at least in my opinion.

The AT runs directly through the town of Damascus, much as it does in Hot Springs. I’ll be taking two zero days in town, one of them being on my birthday on Friday. I’m looking forward to a birthday spent in town resting up and hanging out with trail friends. The two rest days will do my body well, as I’m ready to begin gradually amping up my mileage to see what I’m really capable of from an endurance standpoint.

Although I’m past the rugged mountains of the South, I know Virginia won’t be an easy cakewalk, and I’m prepared to face new challenges and excited to make more memories in a new state. Also, just because I’ll be pushing and challenging myself with bigger miles doesn’t mean I won’t be taking it all in and enjoying the process. Some hikers and readers probably feel that I should take it easier to soak it all in, but I know that I’ll still be enjoying every bit of the trail, I’ll just be enjoying it my way. So far I like to think I’ve found a great balance of pushing big miles and enjoying the towns and everything the AT community has to offer. 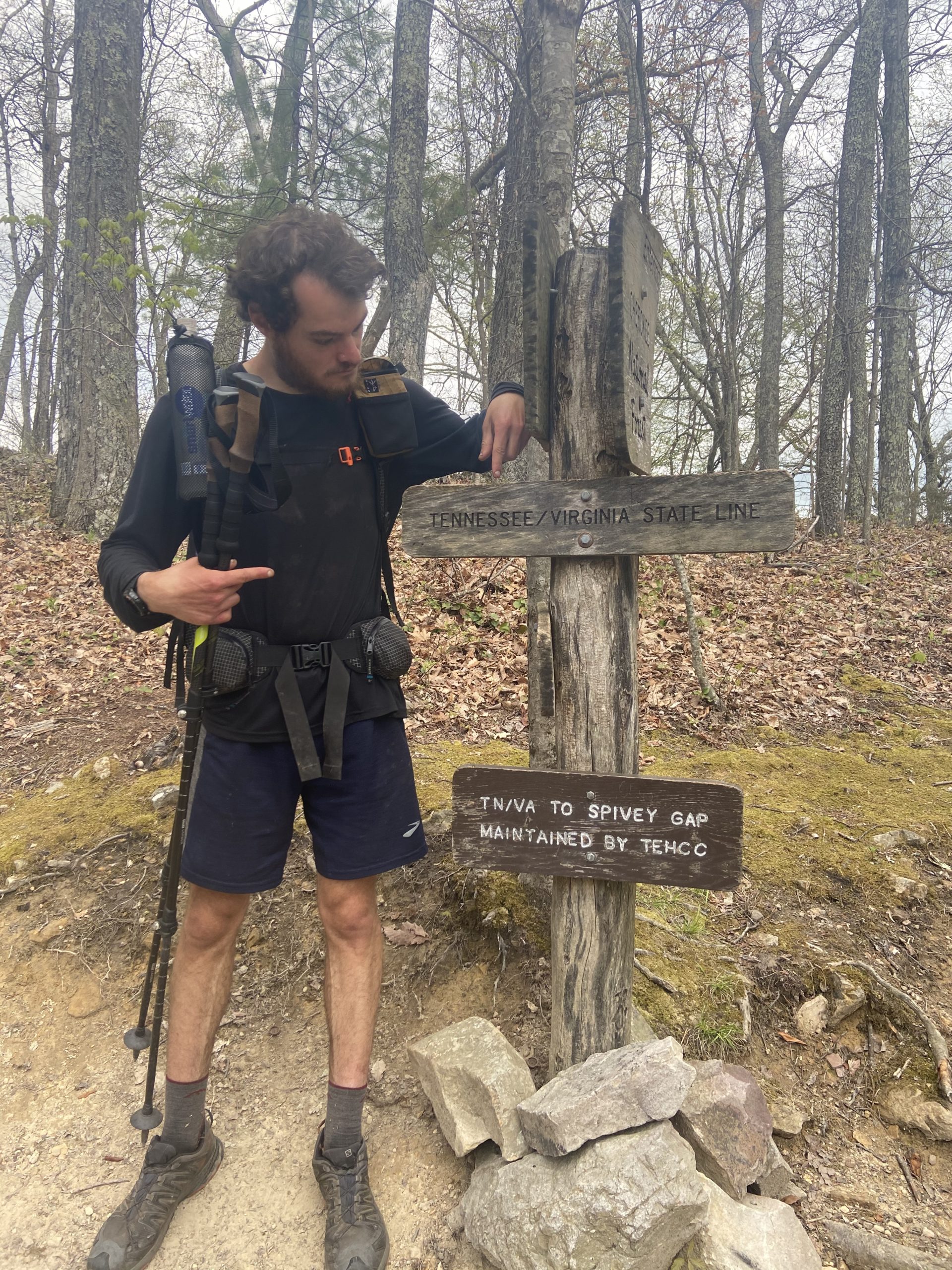 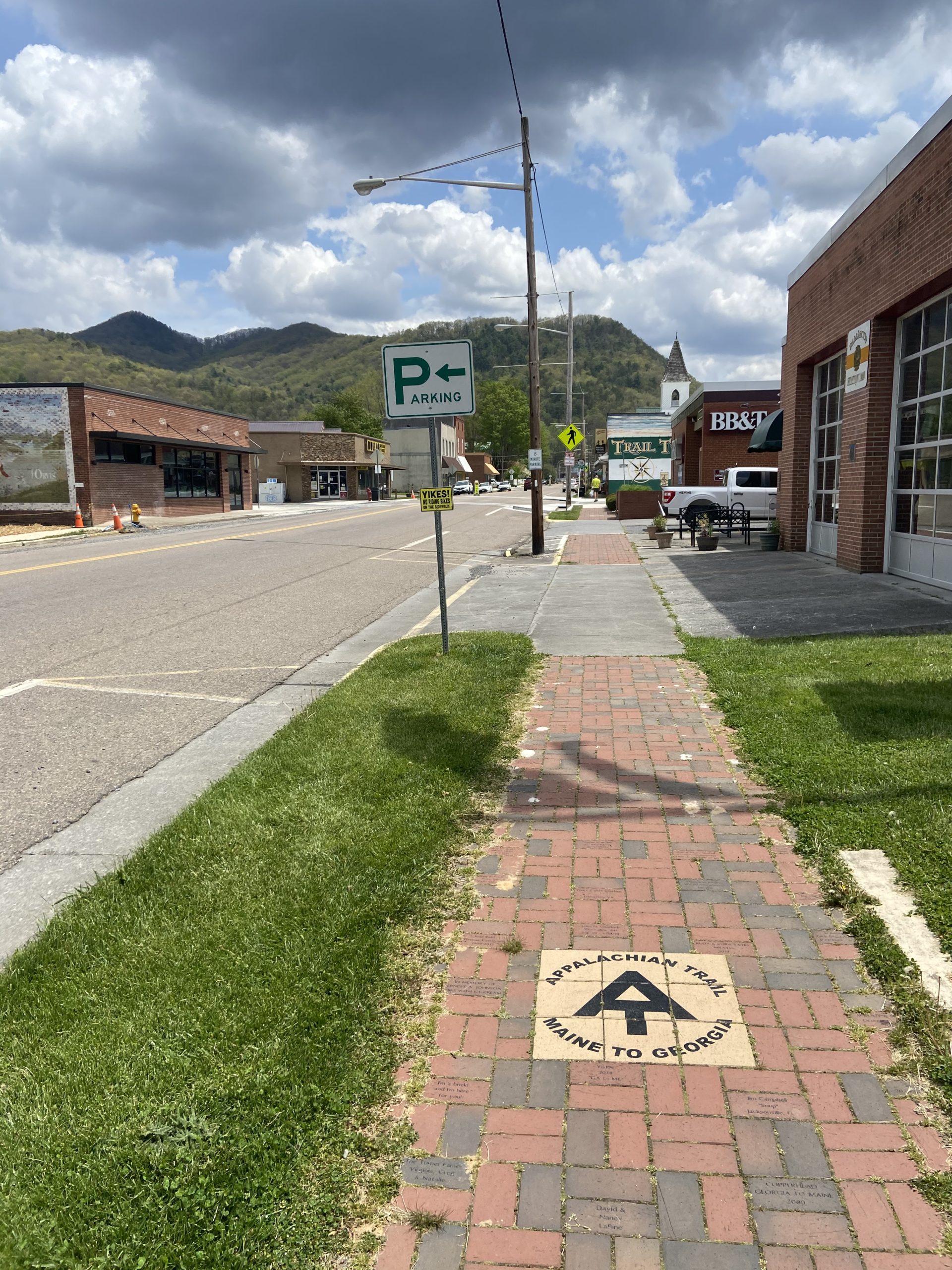 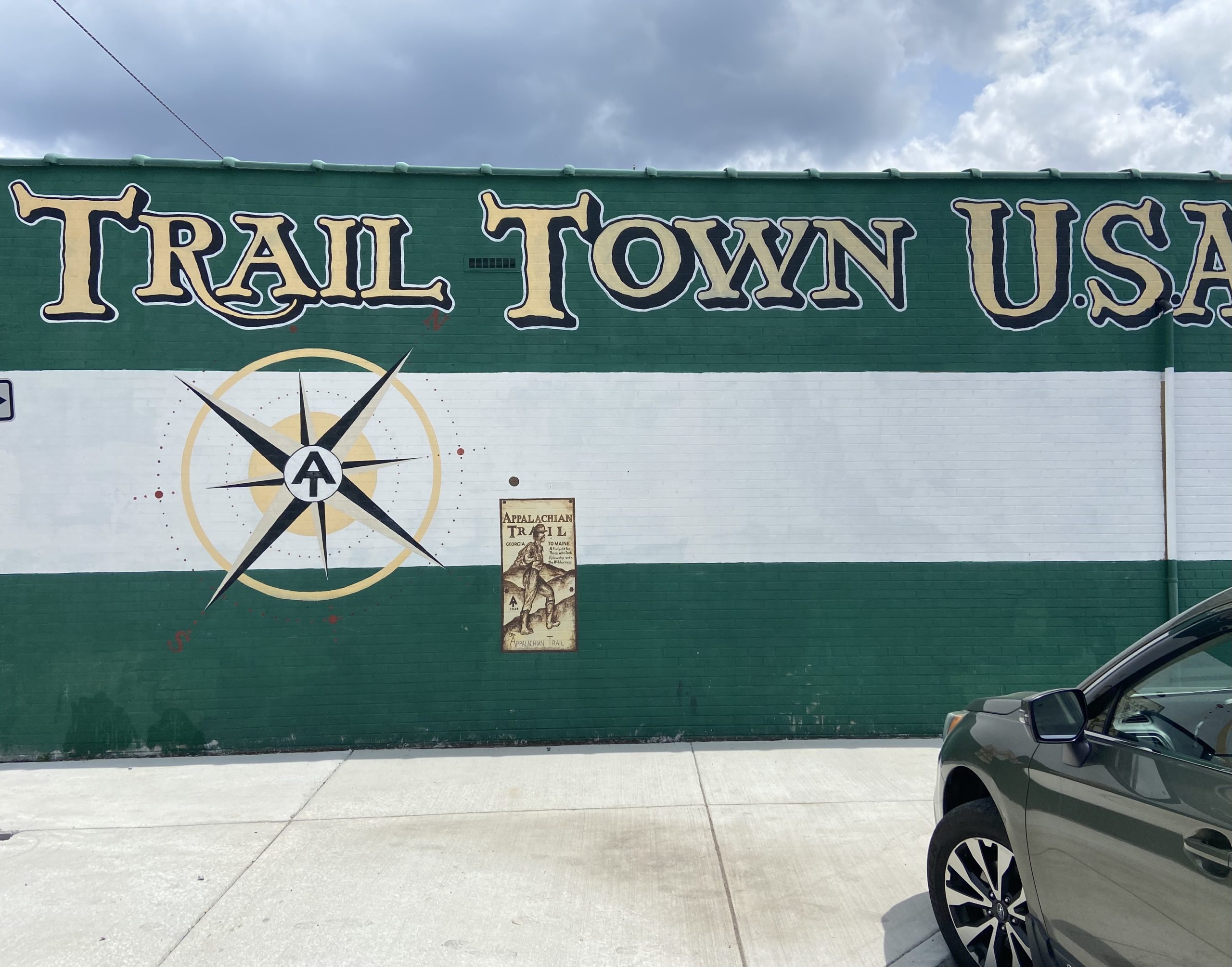